Tiziano Vecellio, called Titian, transformed Western art. Employed by the Holy Roman Emperor, several princes, two popes, and the city of Venice, he forged a peerless international reputation as Europe’s leading portraitist and master of mythological subjects. Titian was as much a legend in the Gilded Age as he was in his own time. In 1896, Isabella Stewart Gardner bought the Rape of Europa, which became the most famous Renaissance artwork in America.

This exhibition brings together Europa with her five companions, reuniting a legendary series of six mythological paintings called the “poesie,” painted poetries, commissioned by King Philip II of Spain. Titian created them for Philip between 1551 and 1562, responding to ancient Roman myths, above all through the poetry of Ovid, in majestic color and with unprecedented originality. Titian’s relationship with Philip was the most productive of his career, and its artistic legacy endures. Inspired by his work, painters of subsequent centuries—including Peter Paul Rubens and Diego Velázquez—transformed Titian into an icon and shaped the future of painting in his wake.

We invite you to consider Titian’s poesie from multiple perspectives, then and now. Portraits of Philip and his older wife, Queen Mary Tudor, help us to imagine their points of view. Scholars and artists share personal insights into individual paintings with audio stops. Newly commissioned responses by the contemporary artists Barbara Kruger (Body Language on the Anne H. Fitzpatrick Façade) and Mary Reid and Patrick Kelley (The Rape of Europa in the Fenway Gallery) engage with questions of power, agency, and sexuality as relevant today as they were in the Renaissance. Together they help us to reconsider Titian for a new era. 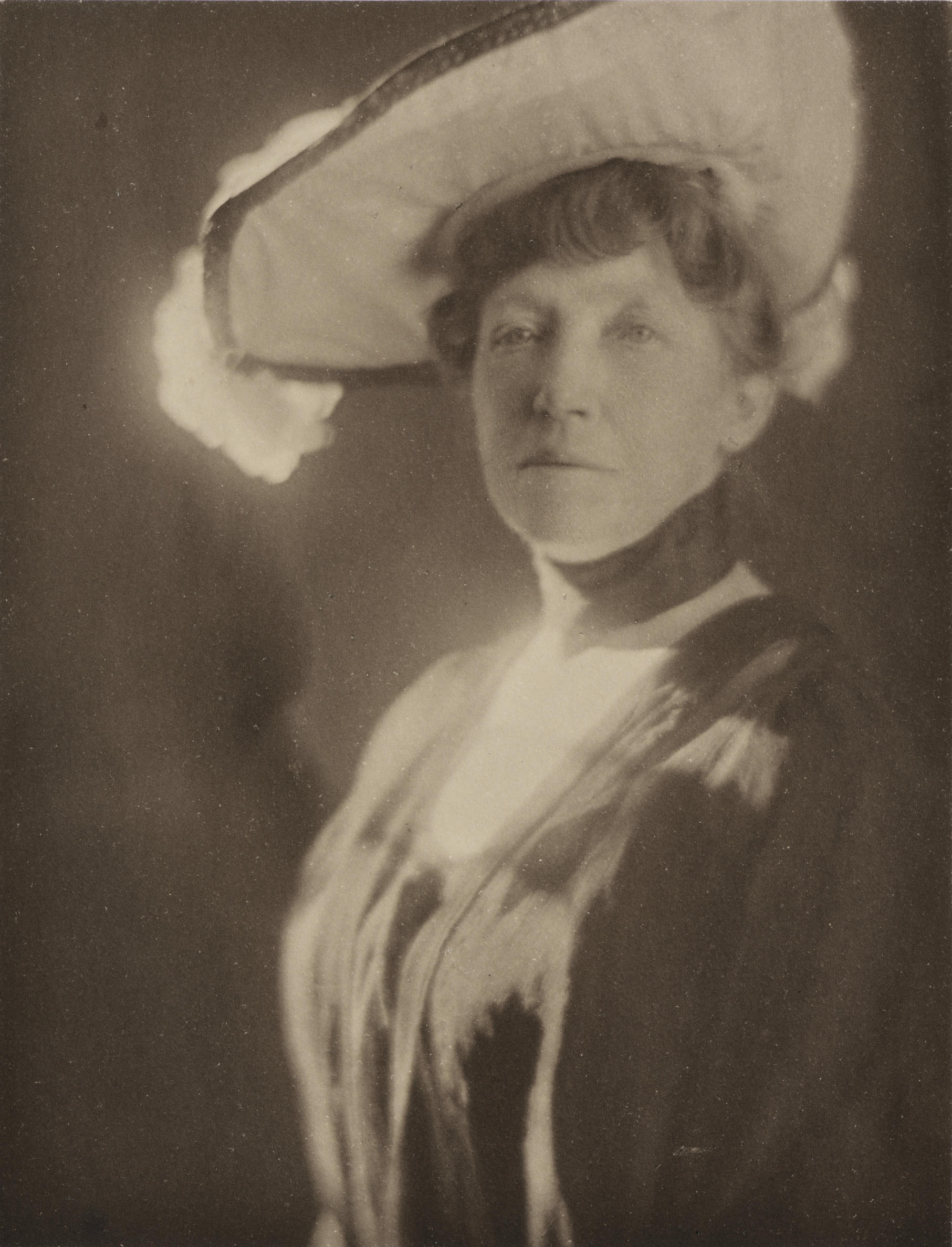 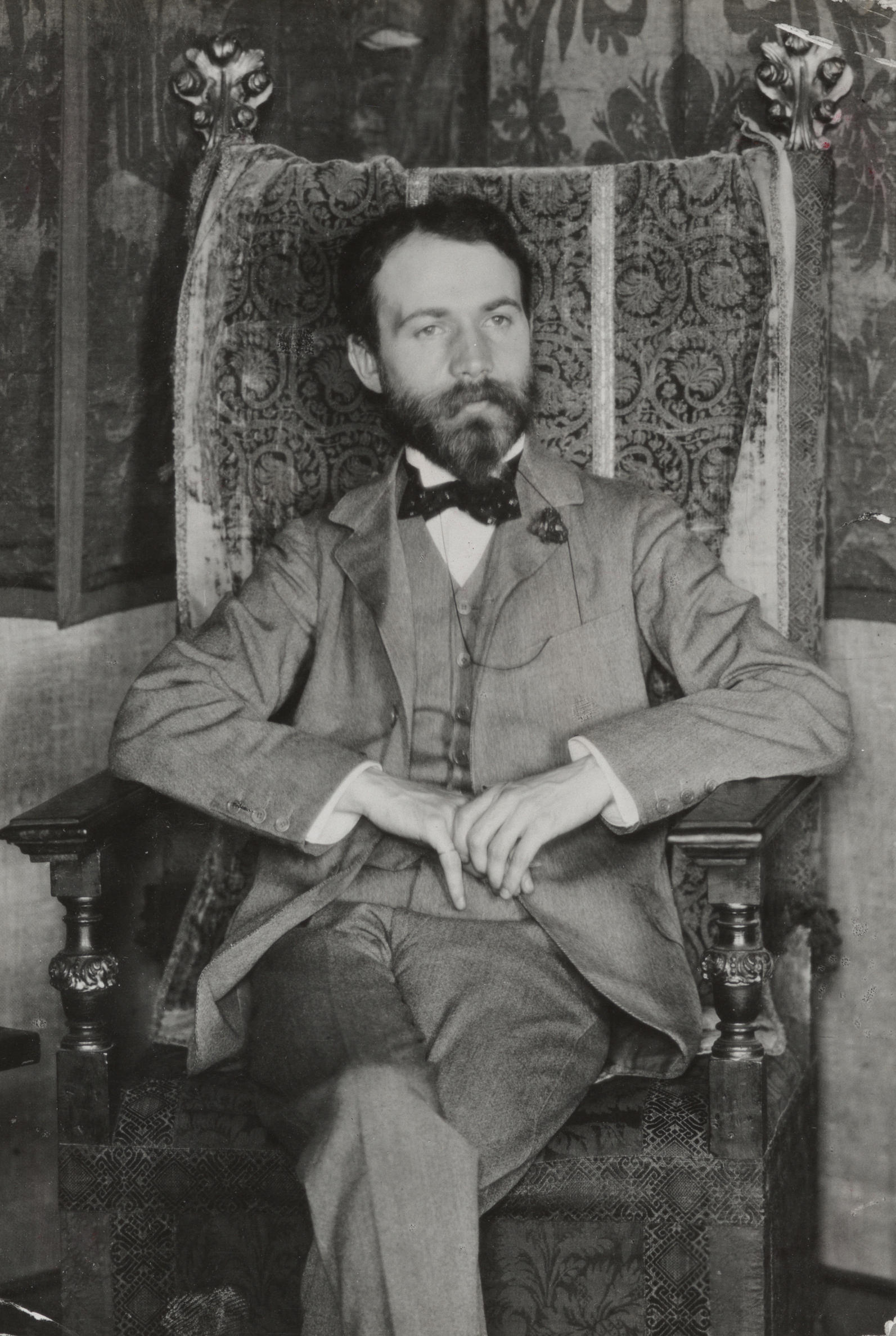 Considered a “mighty poet” by the novelist Henry James, Titian rose to the top of Gilded Age collectors’ shopping lists. In 1896, Isabella Stewart Gardner purchased Titian’s Rape of Europa from an English aristocrat through her close friend, the art dealer Bernard Berenson. The first major painting by Titian acquired in the United States, it became the crown jewel in her collection and a local sensation. Gardner arranged a gallery of her new museum around Europa and named it after the artist. In the Titian Room, she installed Venetian artworks, portraits depicting members of the Habsburg family, and interpretations of the same mythological story by other artists, two of which are displayed nearby.

All objects in this case are from the Isabella Stewart Gardner Museum, Boston. 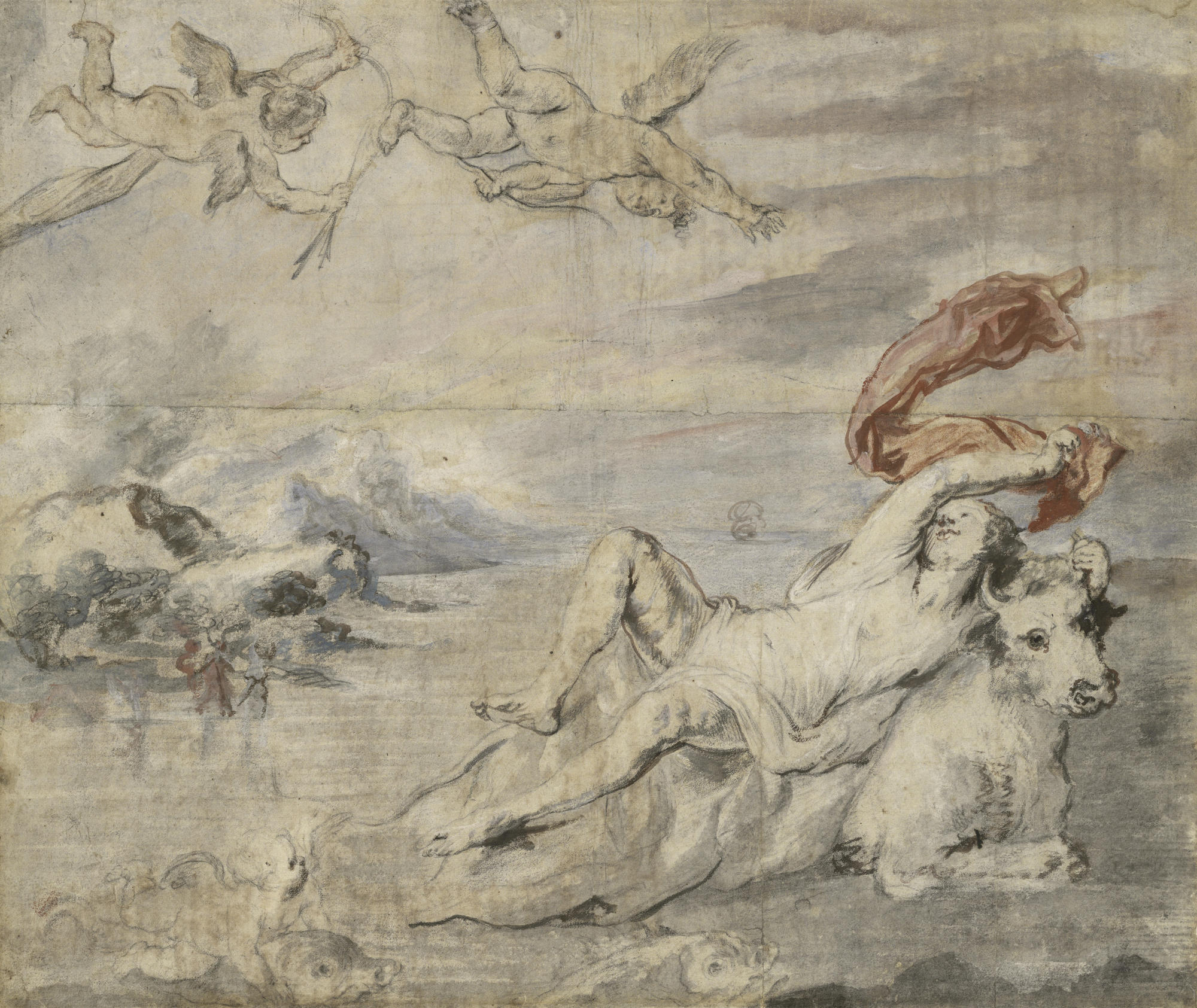 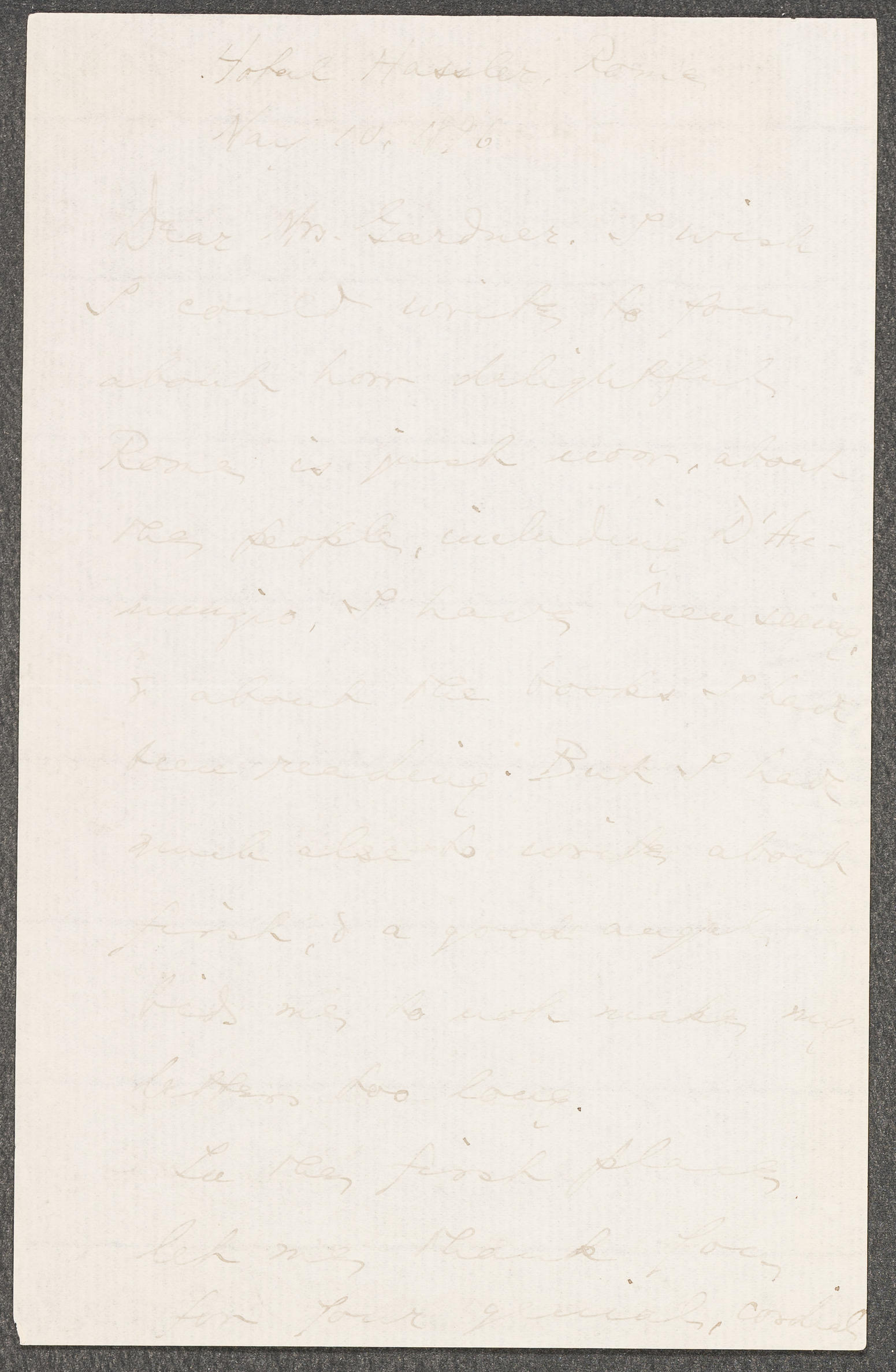 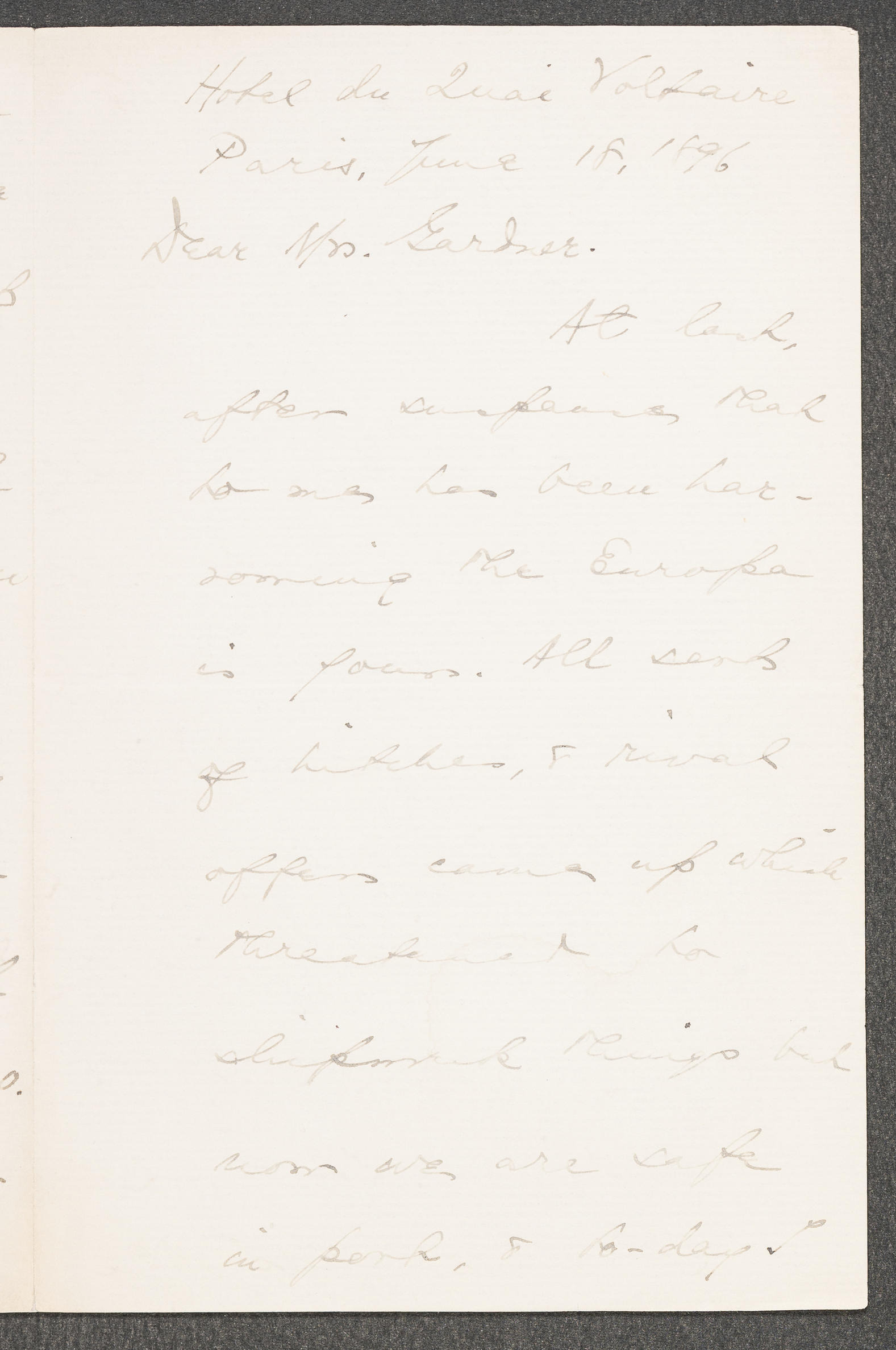 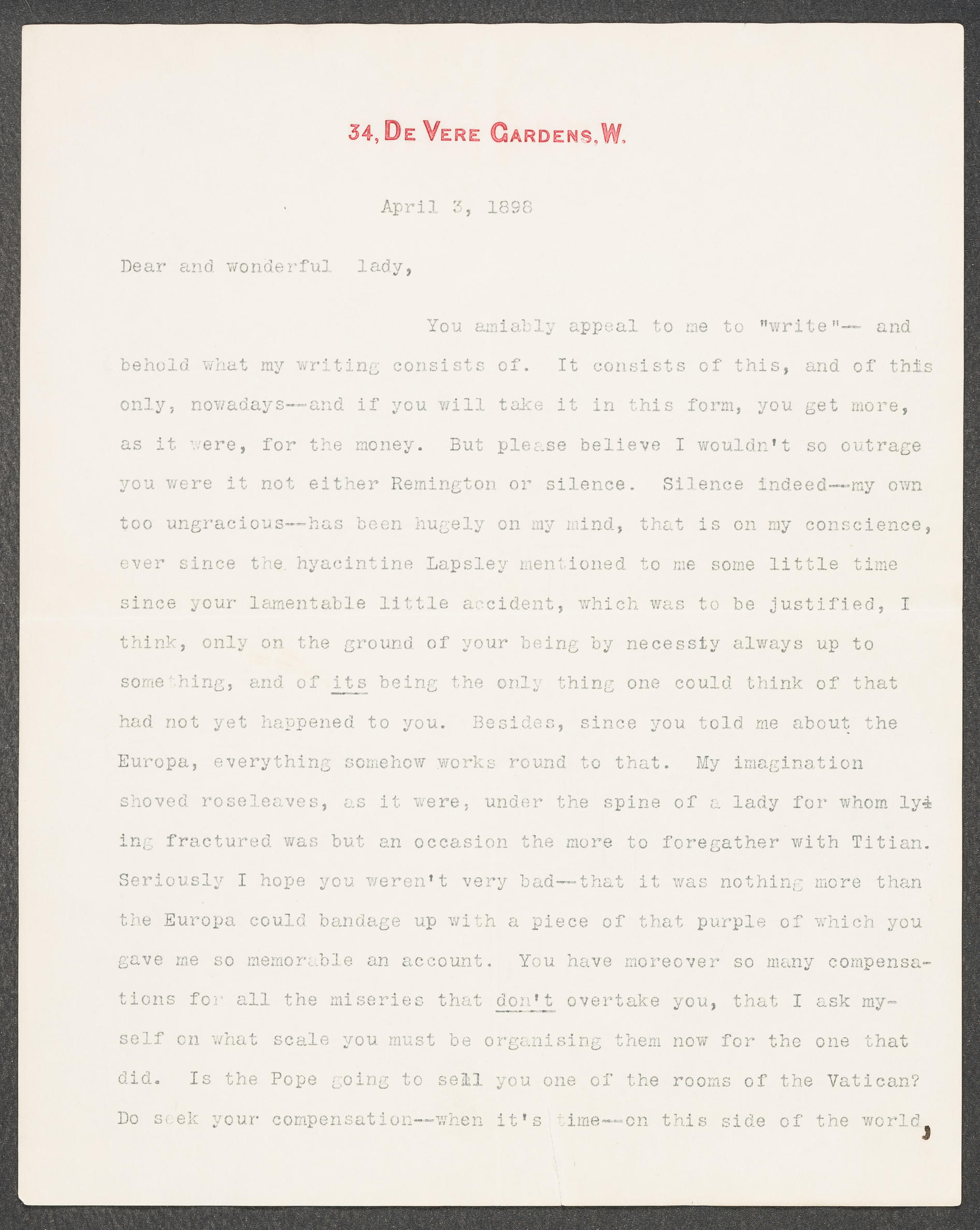 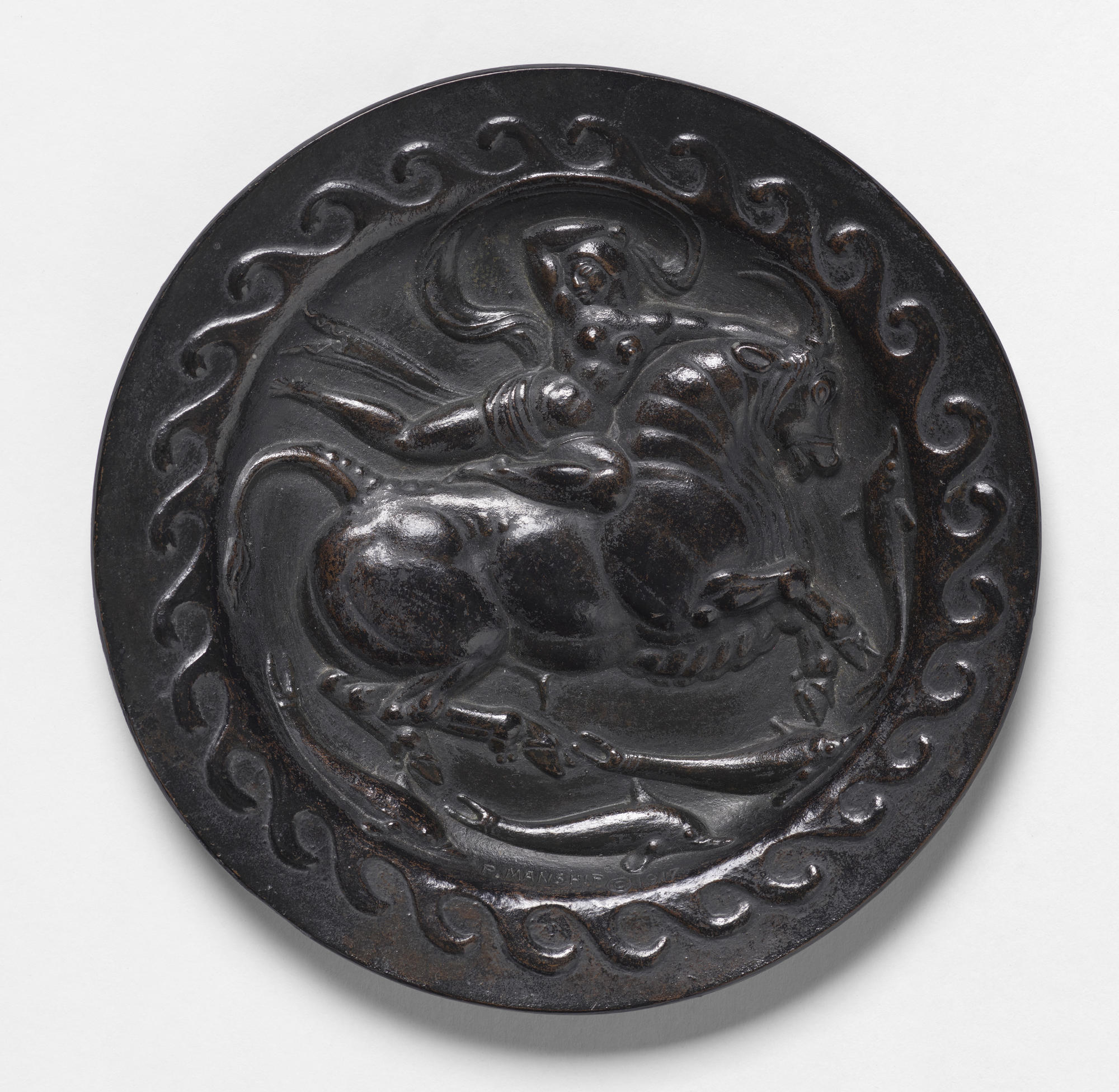 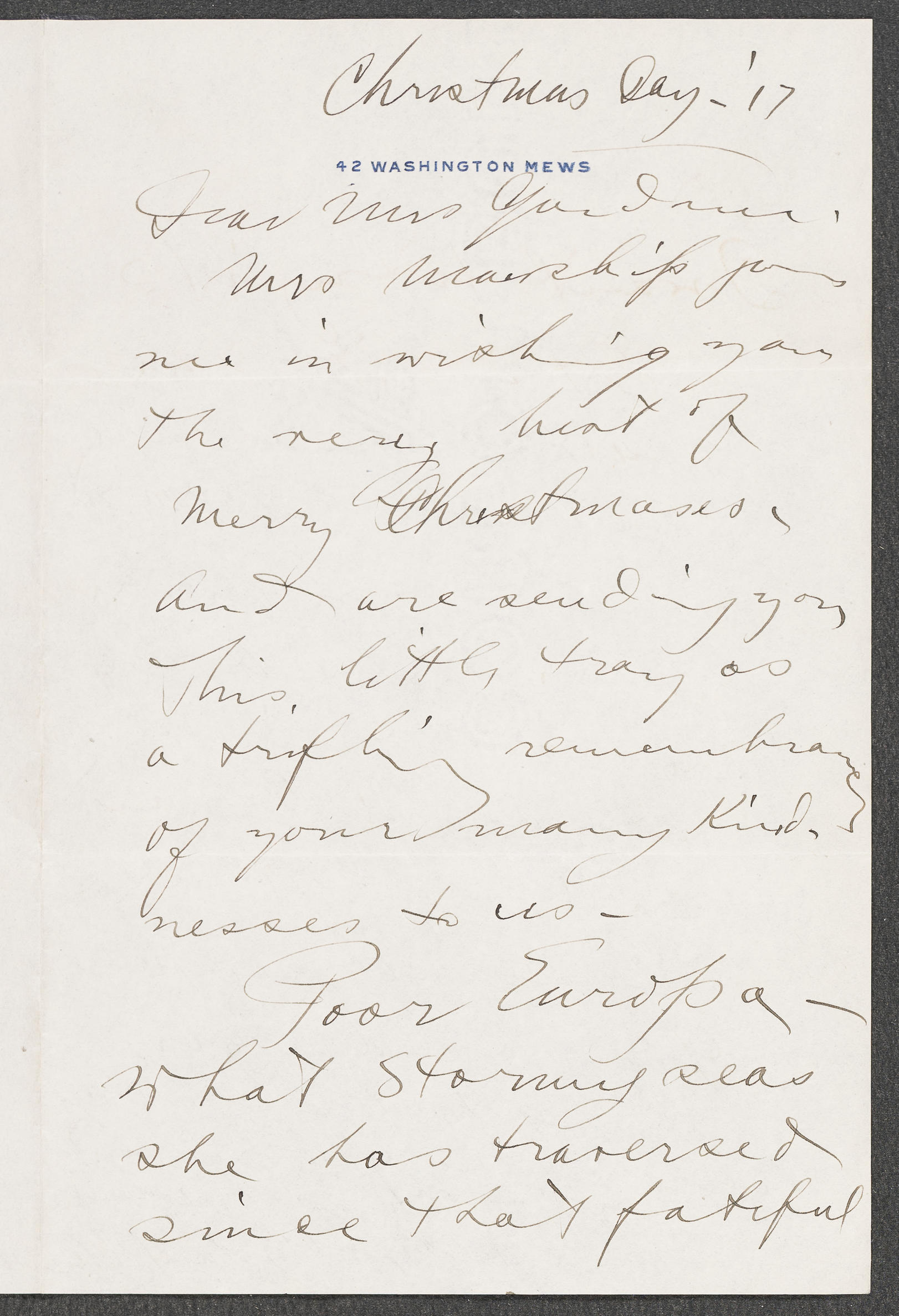 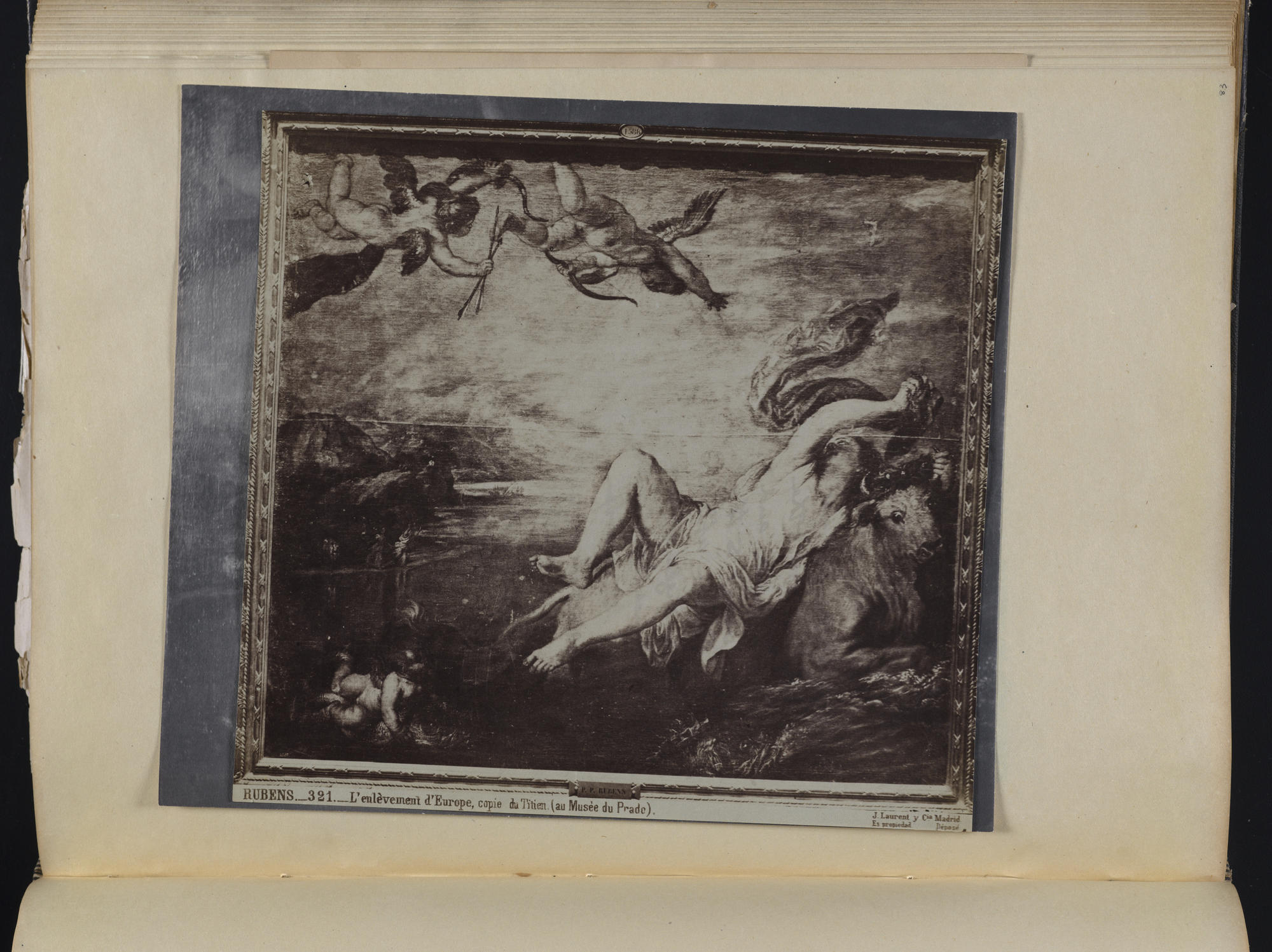 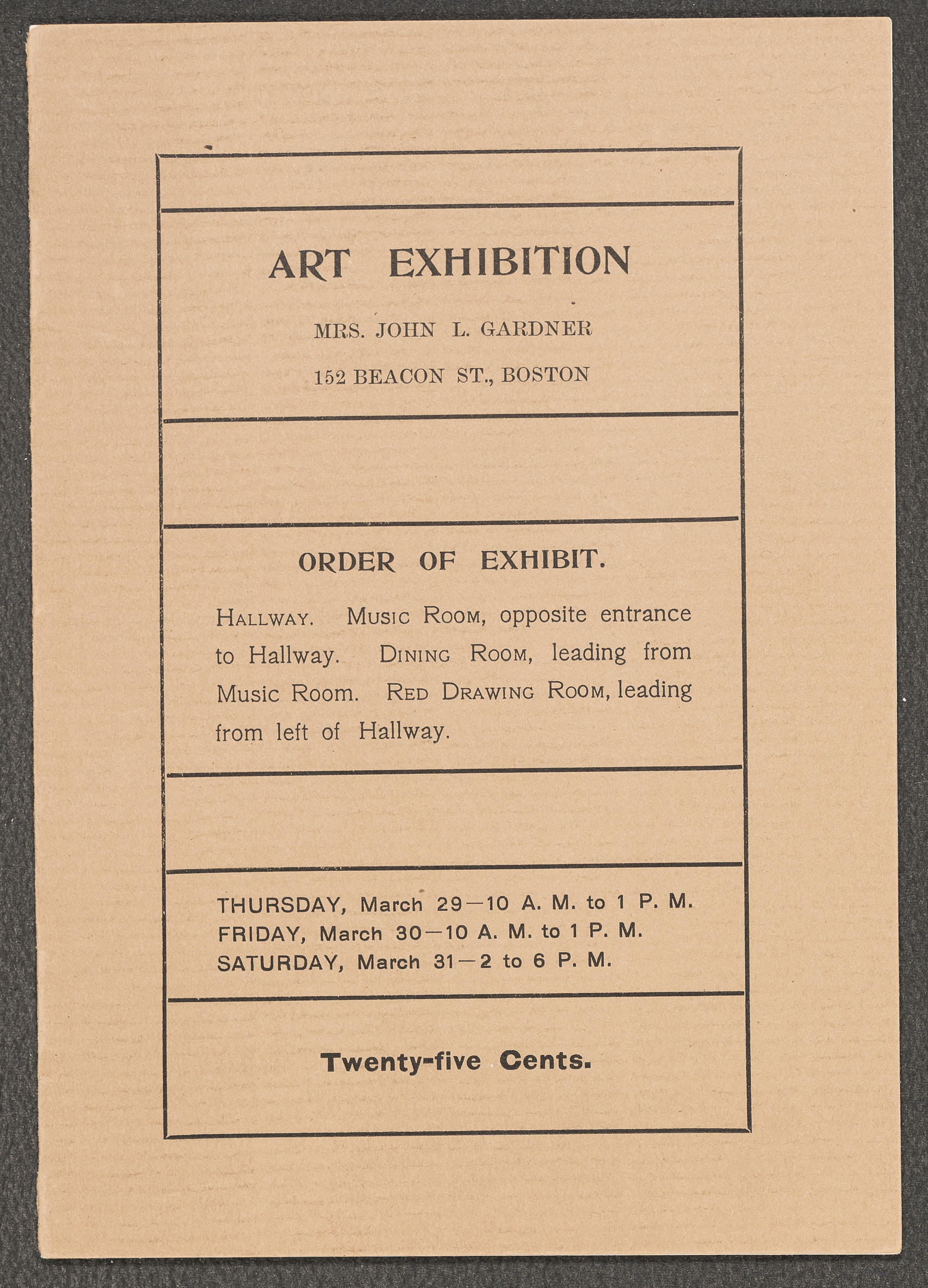 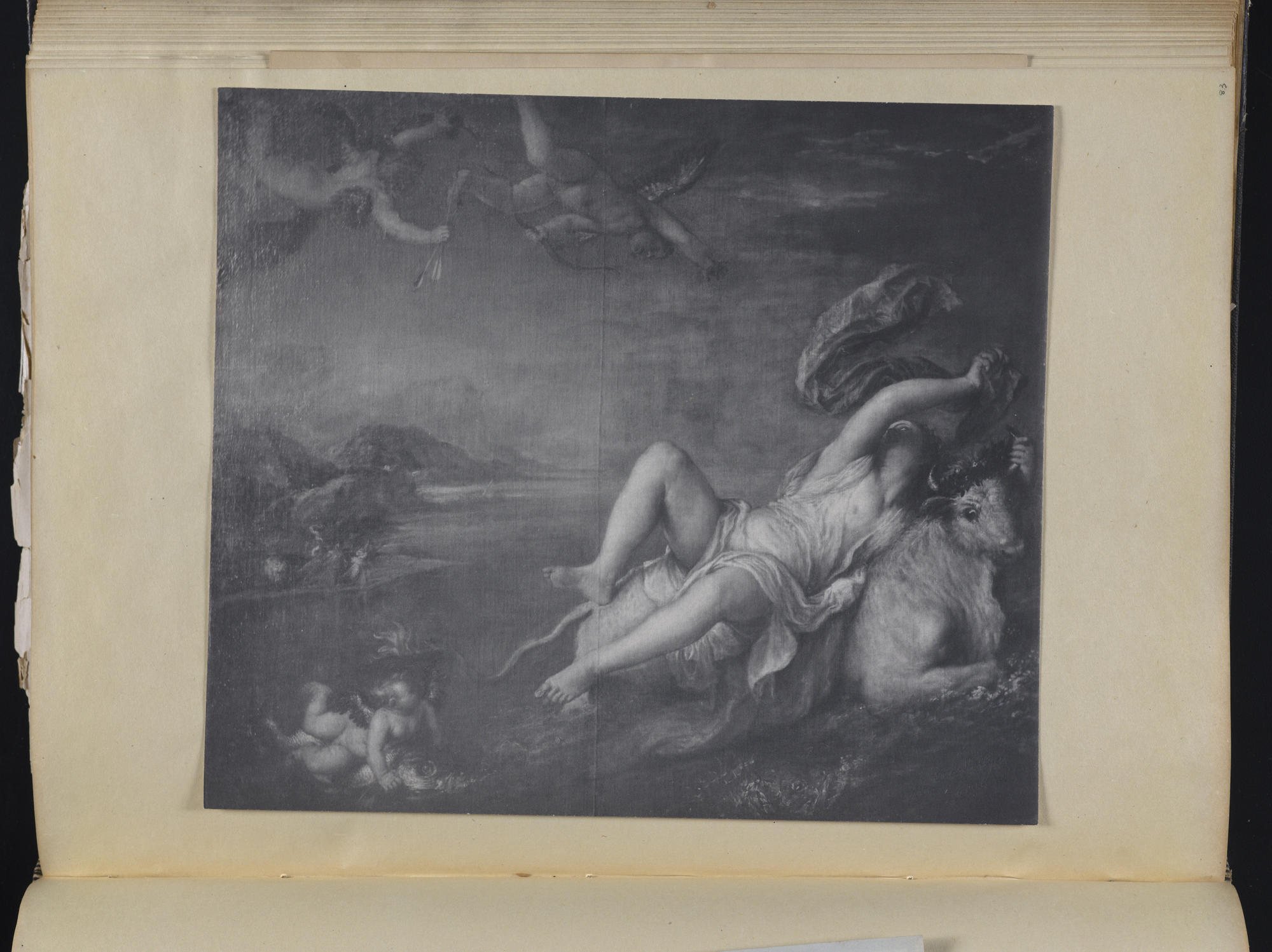 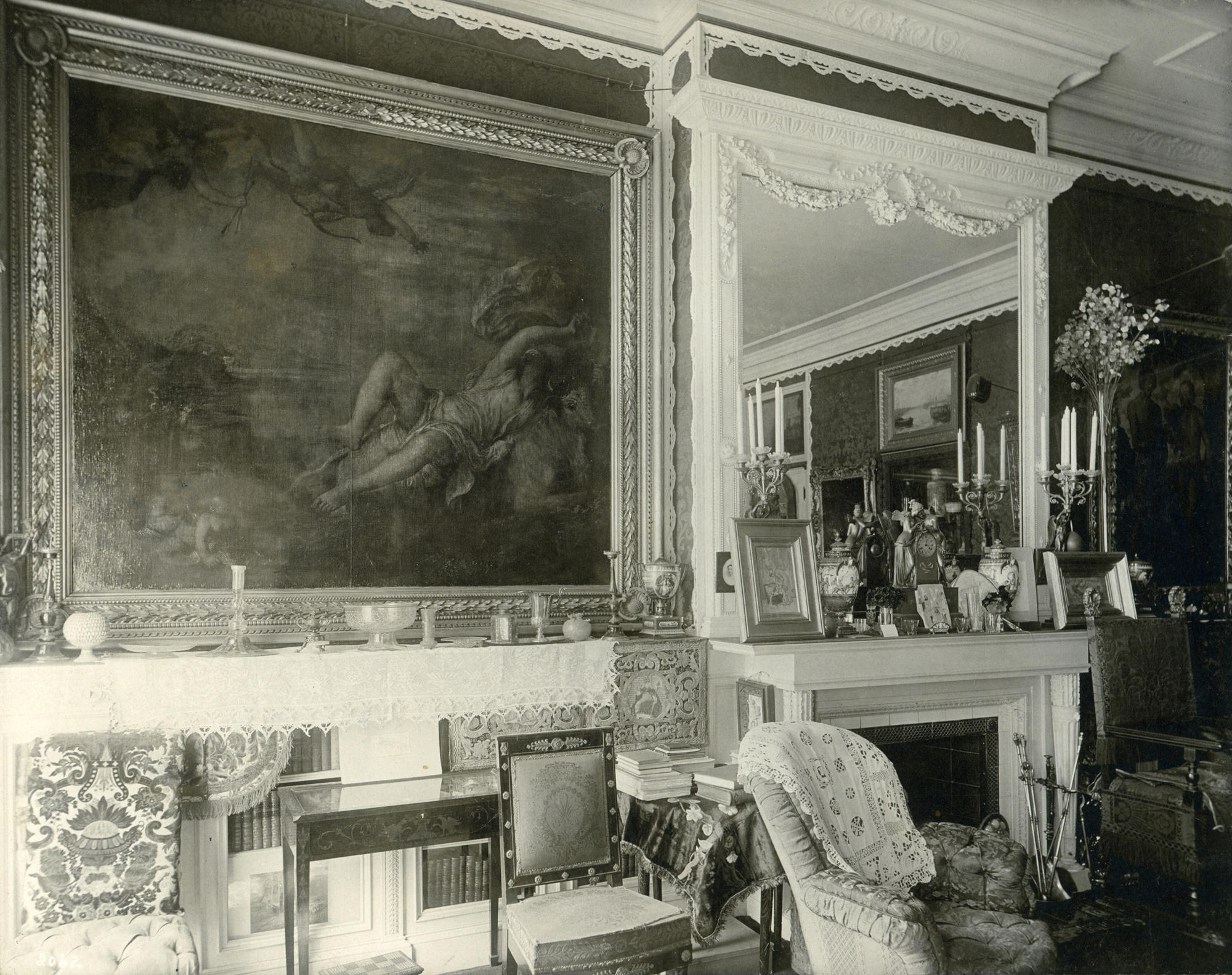 The Rape of Europa

Shortly after Gardner purchased Europa, Berenson sent her a gift. The drawing—either a copy after her painting or after the copy by Rubens today in the Museo Nacional del Prado—commemorates the landmark acquisition. Occupying a table in Gardner’s Titian Room, it demonstrates the impact of this composition on subsequent generations of artists.

When it came to persuading Isabella Stewart Gardner, Bernard Berenson knew how to write a compelling pitch. In this letter, he introduced the Titian as a substitute for a popular portrait by the British painter Thomas Gainsborough that she had wanted but failed to acquire. He called Europa “the finest Italian picture ever again to be sold.”

Even after Gardner agreed to buy Europa, Berenson needed several weeks to seal the deal, while she waited in anticipation. Finally, he wrote, “At last, after suspense that to me has been harrowing the Europa is yours.”

The novelist Henry James and Isabella Stewart Gardner were close friends and correspondents. Astonished with the acquisition of Europa, he inquired, “Is the Pope going to sell you one of the rooms of the Vatican?”

Isabella Stewart Gardner’s collection provided inspiration to contemporary artists. In 1917, her friend, the sculptor Paul Manship sent Gardner a bronze relief of Europa inspired by her Titian painting. Gardner installed it in the Titian Room on the table beneath Europa with other related objects.

Introducing his relief to Gardner, Manship wrote, “Mr. Titian has proved that Europa & the Bull is a great subject—This bronze relief is to try out the subject for composition—How do you think it will work out in the round, I want to try it.”

Gardner kept track of her ever-growing collection in this handwritten catalogue. Celebrating this remarkable acquisition, she included an image of Titian’s Europa in it, accompanied by a photograph of the copy by Rubens currently in the Museo Nacional del Prado.

In 1899, before the Museum was built, Gardner opened her Beacon Street home to the public. This printed guide to the collection records the celebrated Europa, hanging in pride of place in the Drawing Room (as seen in the following photograph). Proceeds from the exhibition supported the nation’s first school for children with disabilities, today called the Cotting School.

Gardner’s art collection inspired writers as well as visual artists. In 1923, the Atlantic Monthly magazine published this poem about the mythological heroine. Given the prominence of Gardner’s painting, it is tempting to wonder if her Titian inspired the author.

Titian painted Europa with high quality materials and brilliant colors. Conservators recently undertook the first comprehensive cleaning and analysis of this painting, resulting in the new insights into Titian’s techniques featured in this room. 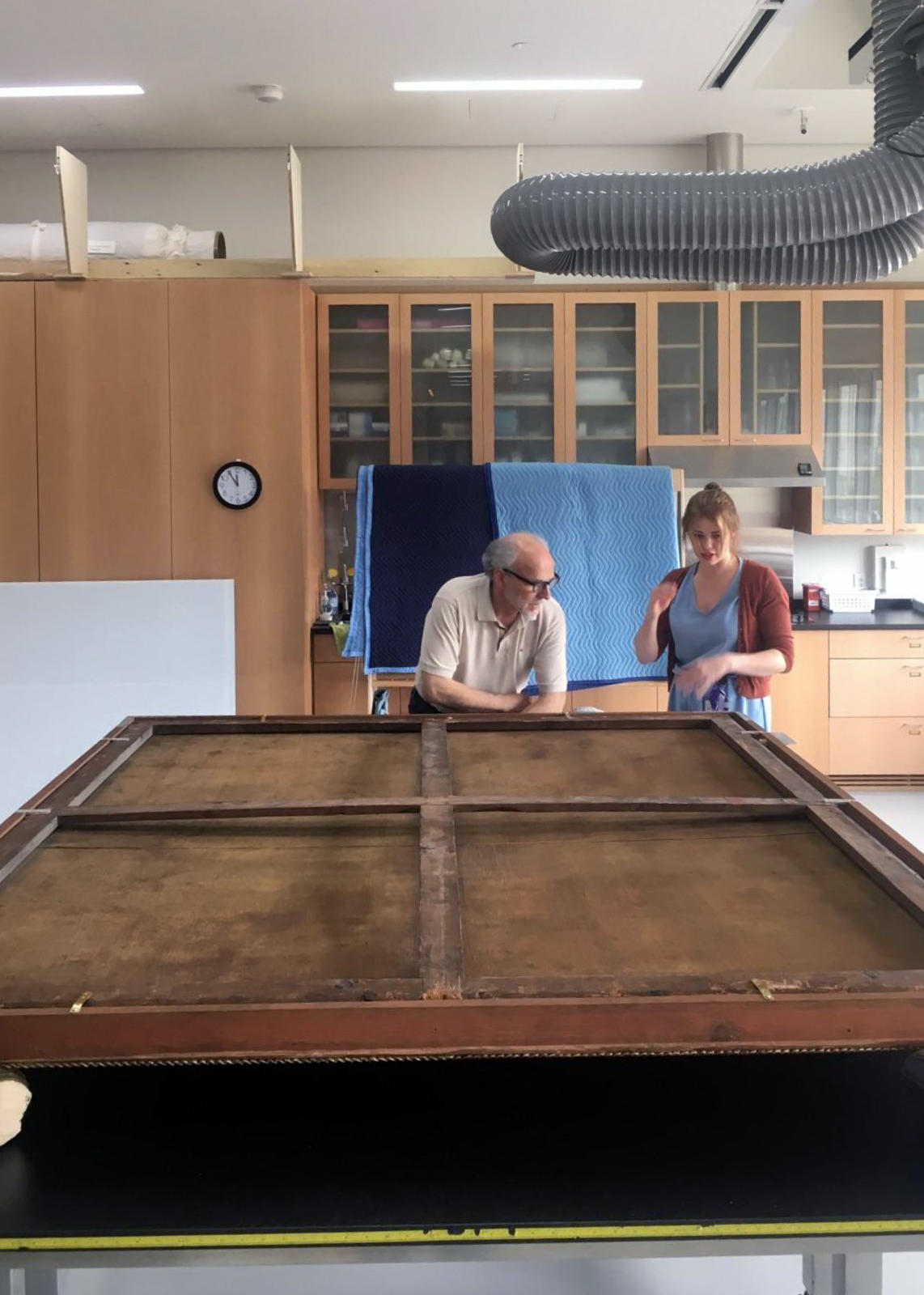 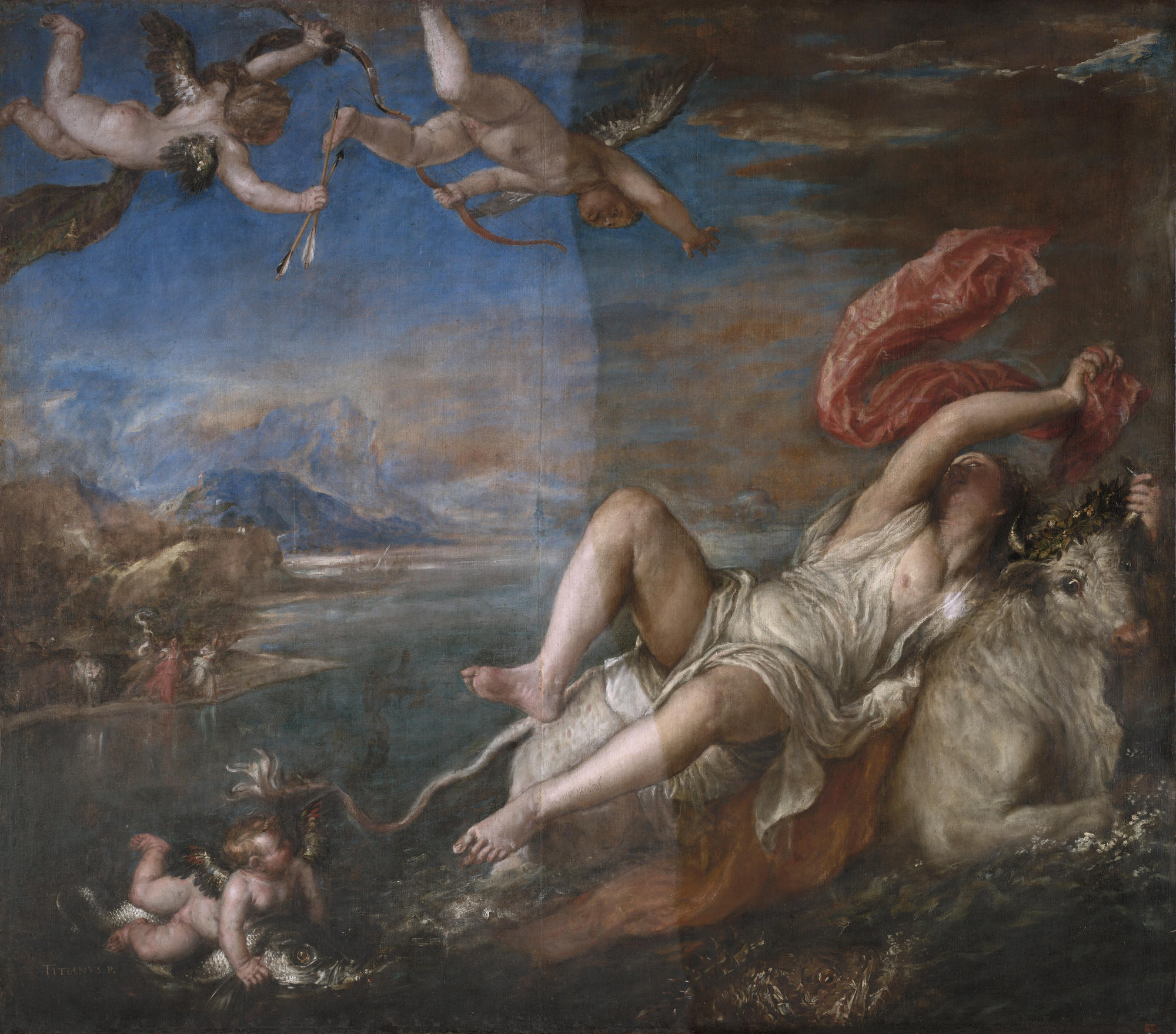 To prepare the painting for travel, conservators examined its strainer. The strainer—or stretcher—keeps the painting’s canvas taut and well supported. Age and insect damage compromised the structural integrity of this one, which was original to the painting. Conservators built a new one, replacing the damaged strainer and attaching the canvas to it. 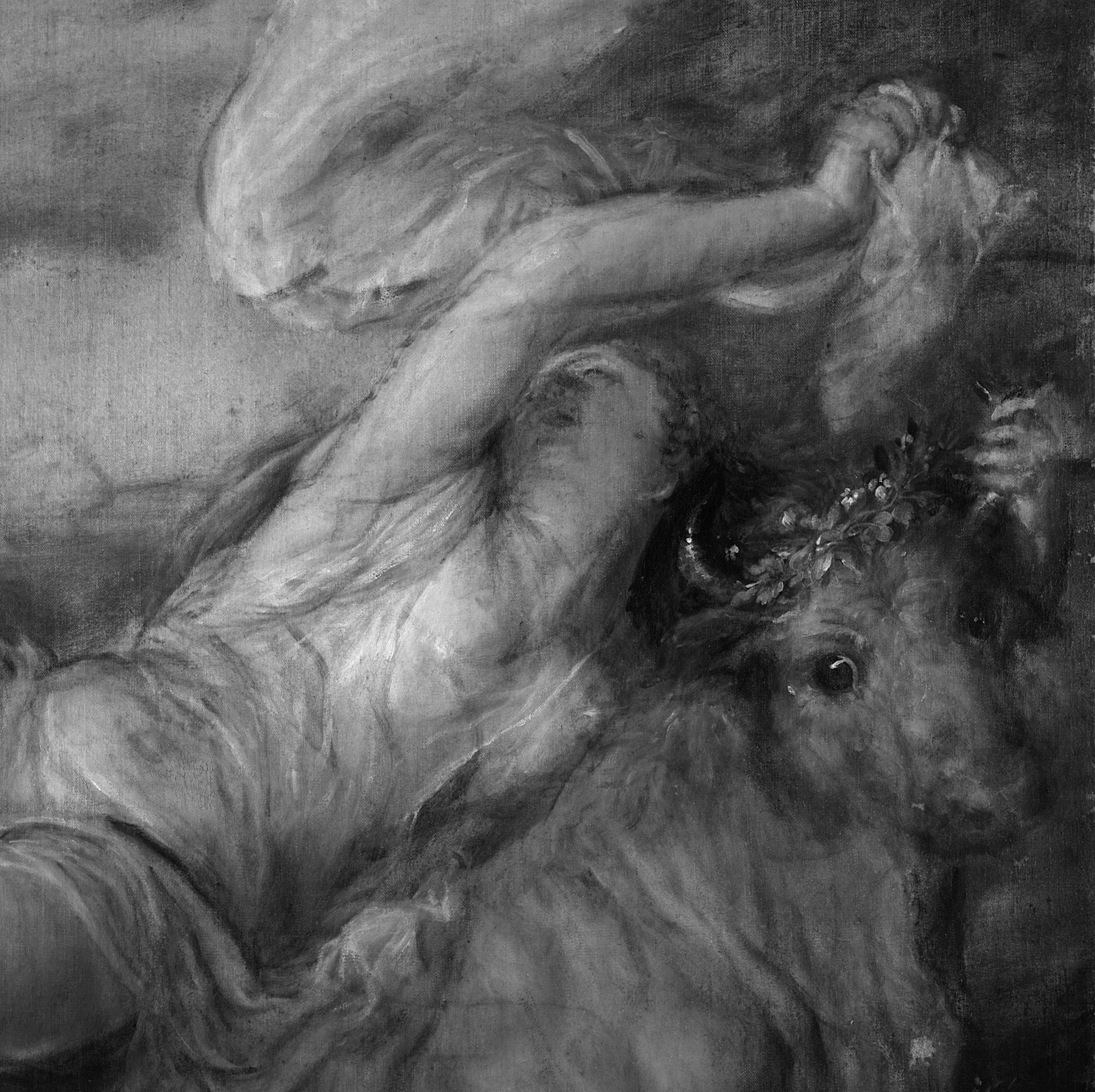 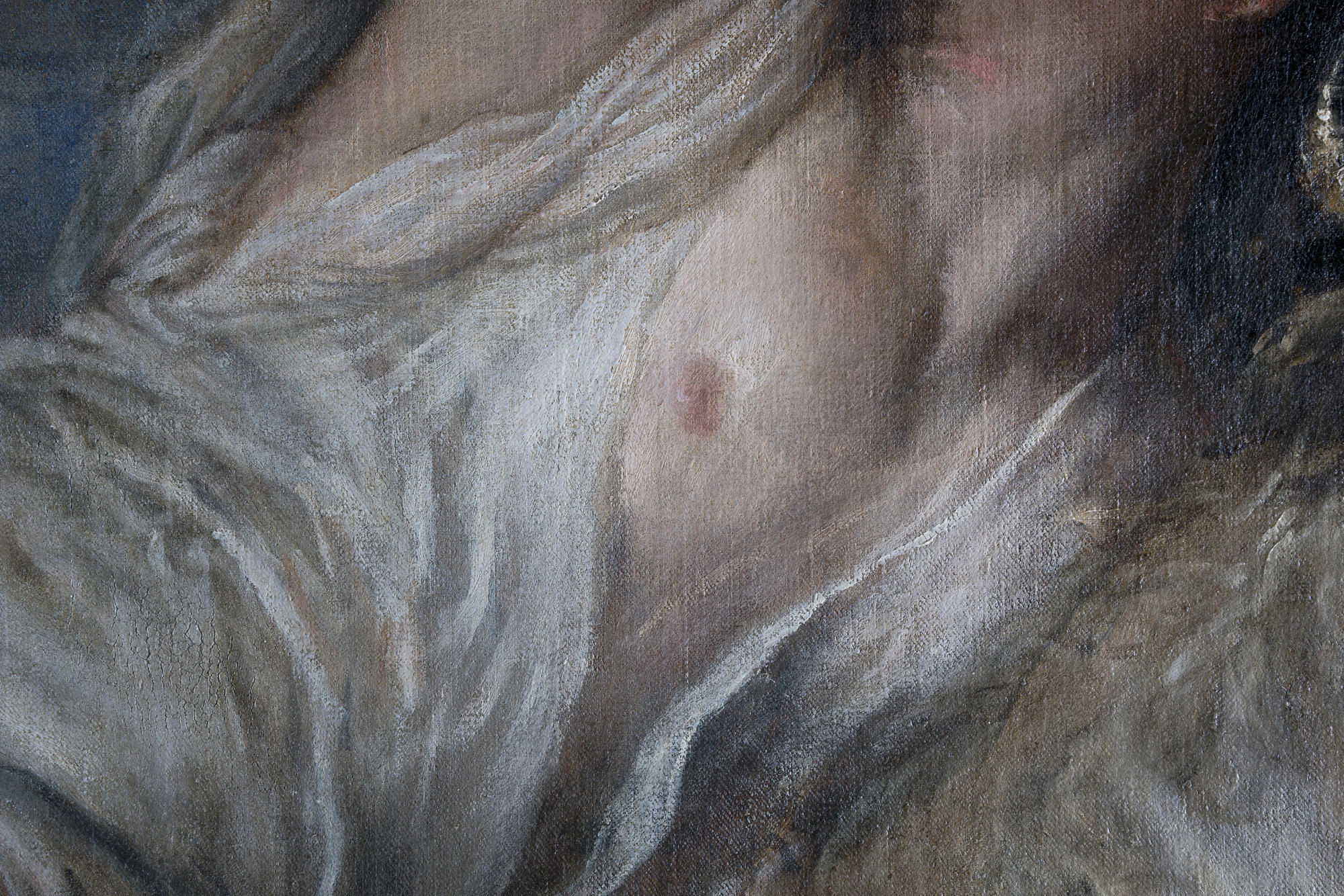 Infrared images reveal Titian’s small compositional changes, which altered the story’s tenor. For example, he lowered the neckline of Europa’s dress. By exposing her right breast, the painter delivered an image of enhanced sensuality, appealing on the most basic, sexualized level to its owner Philip II.

Infrared images reveal Titian’s small compositional changes, which altered the story’s tenor. For example, he lowered the neckline of Europa’s dress. By exposing her right breast, the painter delivered an image of enhanced sensuality, appealing on the most basic, sexualized level to its owner Philip II. 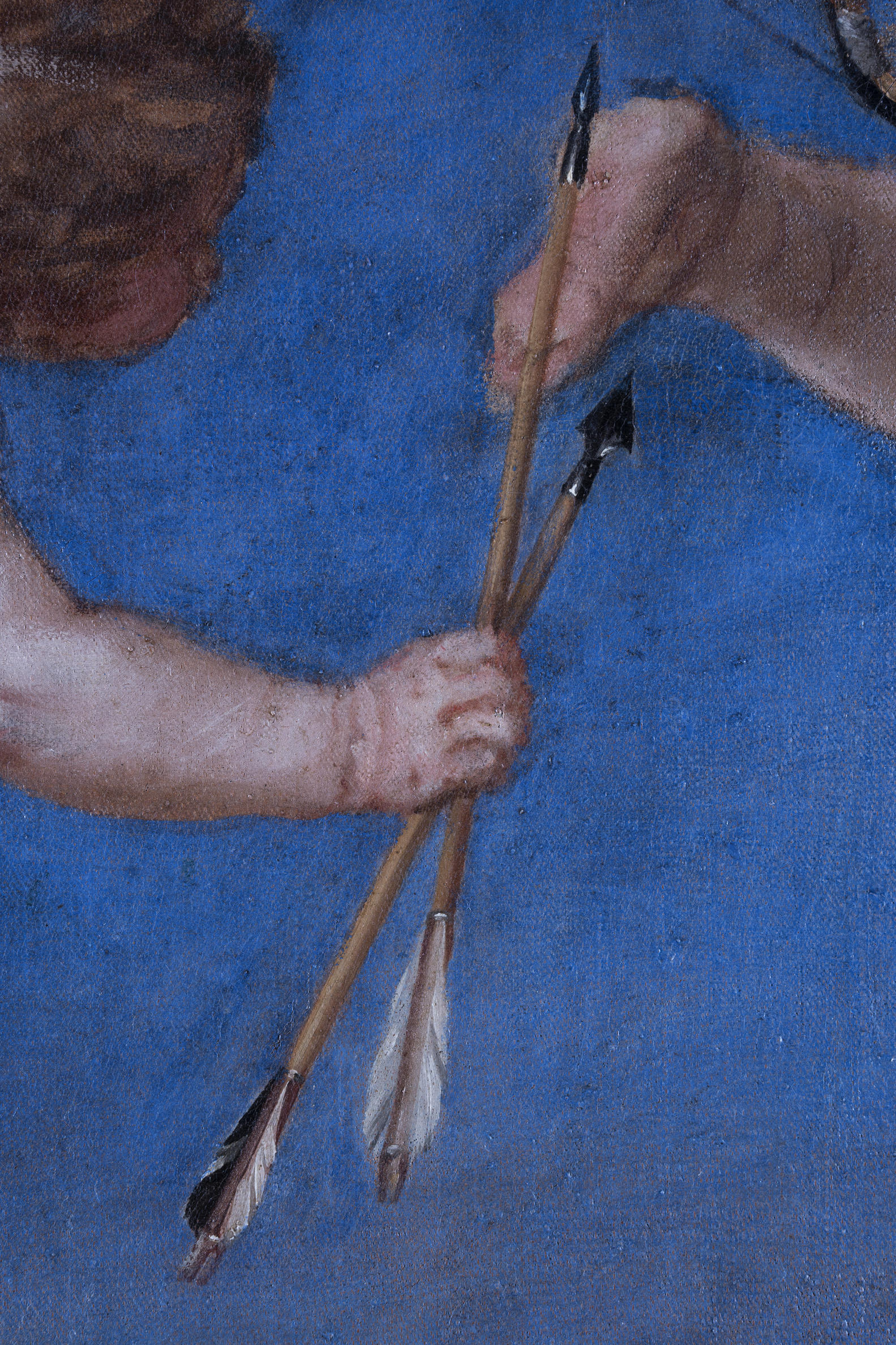 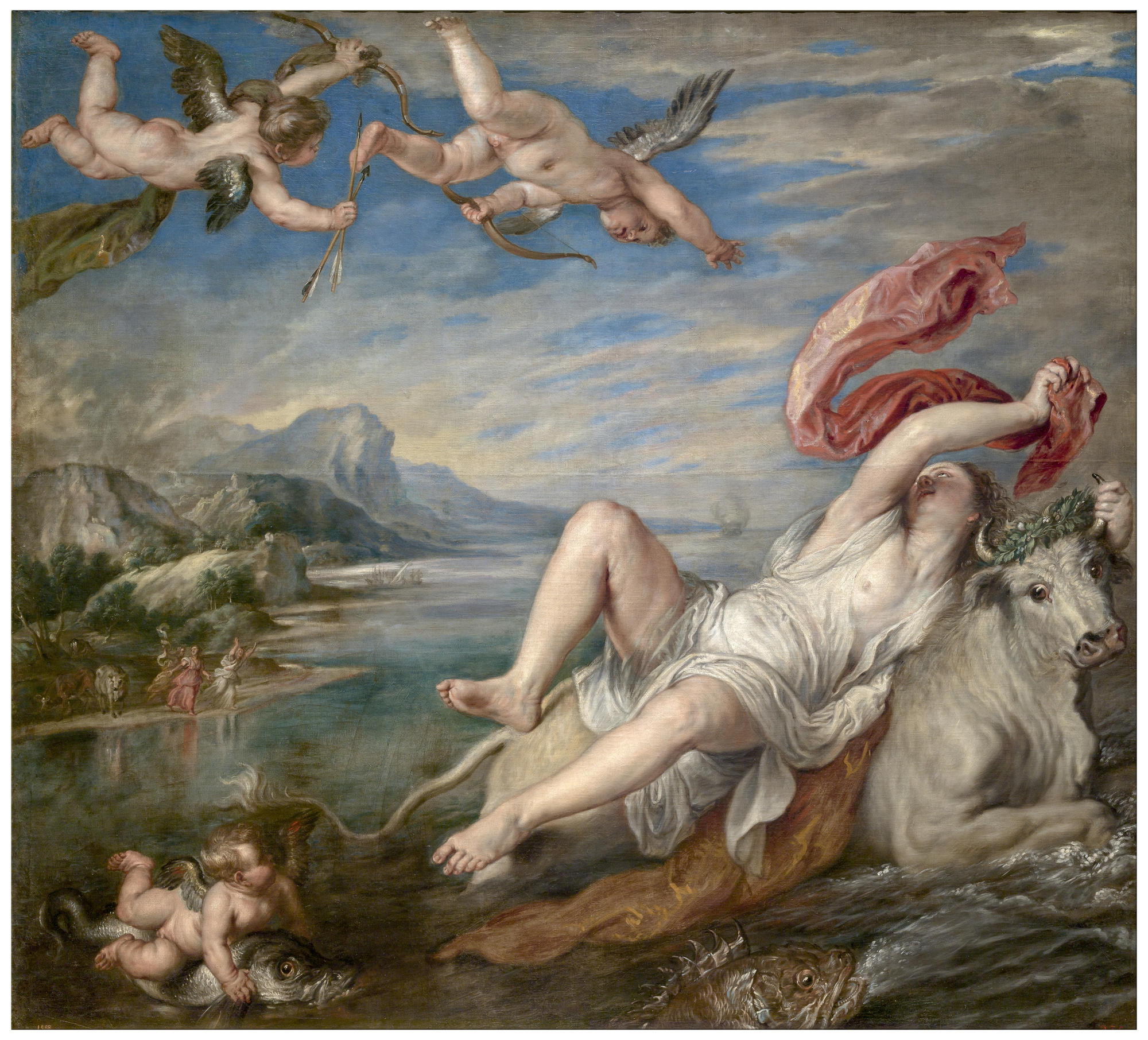 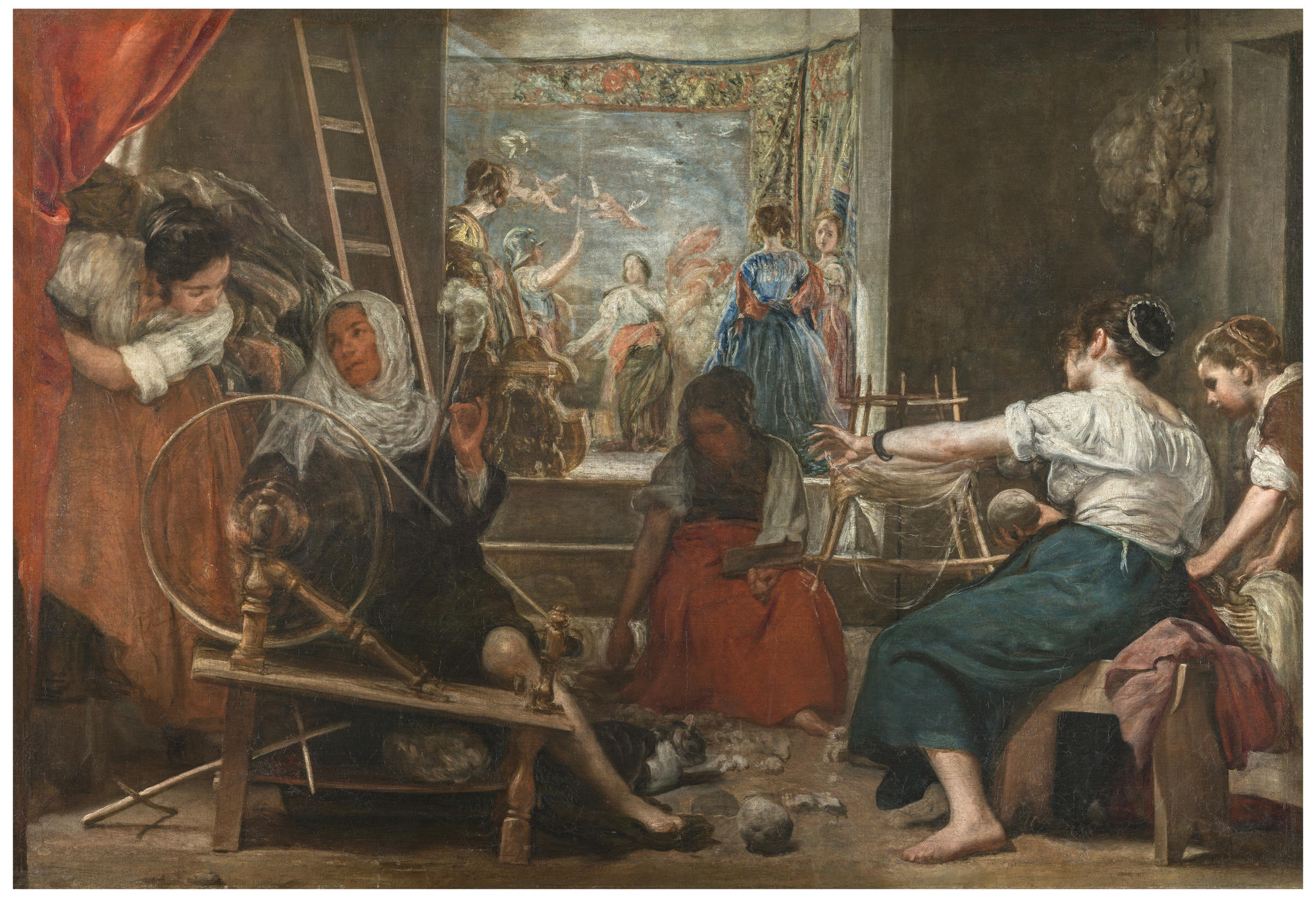 Compare Cupid’s arrows to Europa’s hand. Titian approached this composition with two different painting techniques. He precisely described the arrows but only loosely suggested the hand, expecting the viewer to complete the illusion of it in their mind’s eye. This new, impressionistic approach transformed the art of painting, inspiring Peter Paul Rubens, Diego Velázquez, and many others who studied Titian’s work.

The Rape of Europa 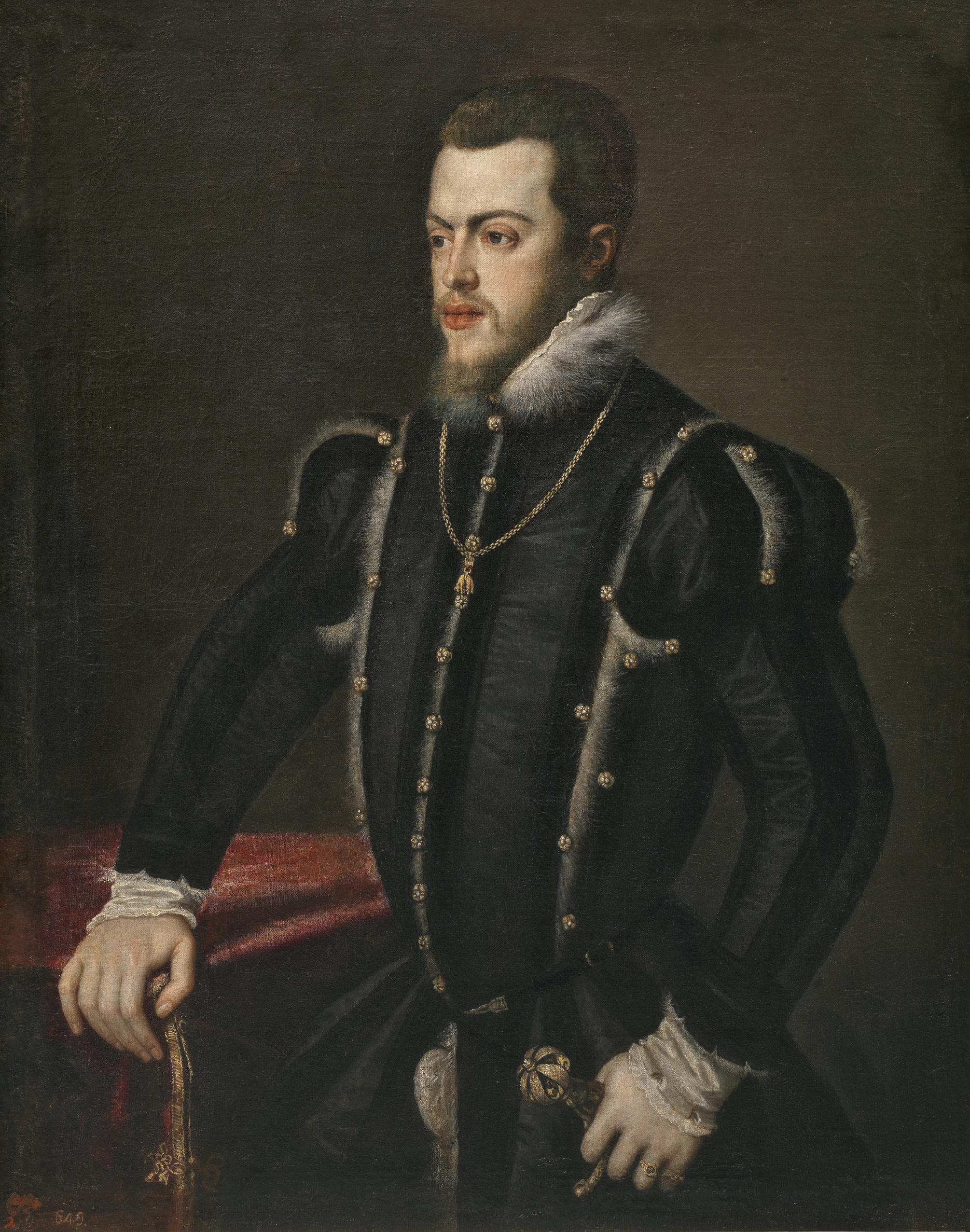 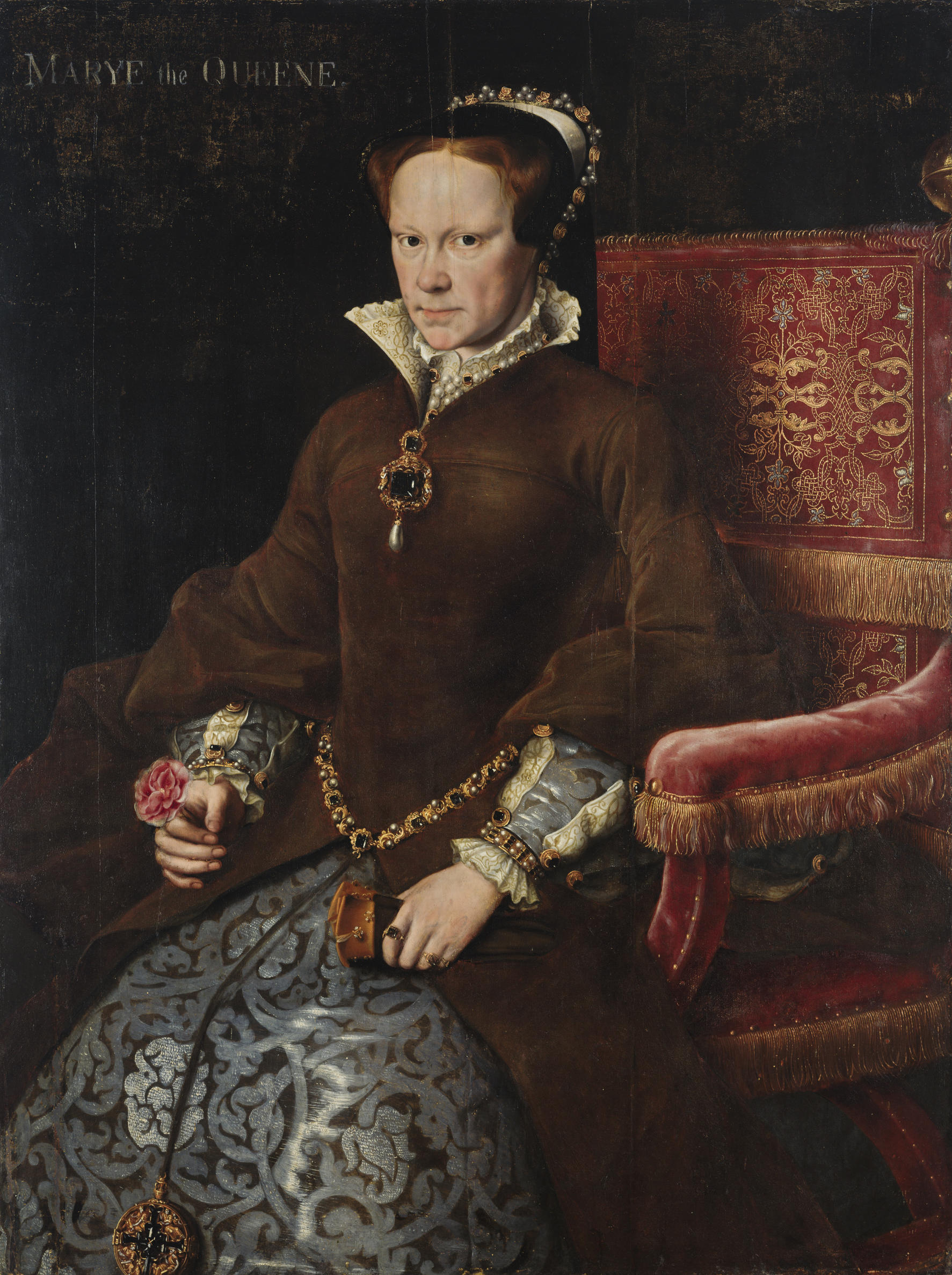 At twenty-two years old, Philip prepares to inherit a global empire. With one hand on his sword, the prince signals his readiness to defend the Catholic faith across four continents. Titian idealizes the young man, filling the canvas with his figure and elongating his face. Philip was, in fact, “slight of stature and round-faced, with pale blue eyes, [and a] somewhat prominent lip . . .”

The painter made this portrait for Philip’s aunt, who sent it to his prospective bride, Queen Mary Tudor, advising her to view the painting in a good light and from a distance, like all of Titian’s work.

Painted at the behest of Philip’s father to commemorate his son's engagement to Mary Tudor, this portrait depicts the queen in regal splendor. The magnificent, jeweled pendant around her neck —a wedding present from Philip—emblematizes the union. The painter deliberately bestowed on his subject a stern expression, not as an evocation of her later nickname “Bloody Mary,” but to avoid idealization. Mor’s pioneering, naturalistic approach to portraiture resists viewers’ eroticization of Mary’s body, forging a new ideal of female sovereignty.

Several months after the wedding, Titian sent Venus and Adonis to London. The mythological story of an older, more powerful woman’s attraction to a younger man likely was not lost on the royal couple. Yet their marriage was no love match. Mary forged this dynastic union largely to restore the primacy of Catholicism to England.