Art and a young artist of the past inspire a modern American composer.

Last year the Museum had the pleasure of working with composer Juantio Becenti (b. 1983). Of Diné descent, Juantio lives in the Four Corners area of New Mexico, close to his birthplace on the Navajo Nation, and began composing music as a boy. He won his first commission from the Moab Music Festival in 1998, and has since received others from the North American Indian Cello Project, Native American Composers Apprenticeship Program, New York Festival of Song, and the Isabella Stewart Gardner Museum. He also composed new music for the film "Two Spirits,” a documentary about the life and murder of Fred Martinez, a transgender Navajo teenager.

George Steel, the Abrams Curator of Music at the Gardner, commissioned a new musical composition from Juantio—who goes by Tio for short—and invited him to browse the Museum’s online collection of art for inspiration. Tio was impressed with the work of American painter Dennis Miller Bunker—a friend of Isabella’s who died tragically young at the age of 29.

Bunker’s painting Chrysanthemums—one of the earliest examples of American Impressionism—particularly appealed to Tio. It was painted after Bunker returned from a summer in England where he and friend John Singer Sargent experimented with a new modern style—Impressionism. Under the influence of Claude Monet, they worked outdoors and used a bright palette applied in short brushstrokes. When he returned to Boston, Bunker applied those techniques in Isabella’s greenhouse at Green Hill, her Brookline home—painting her prize autumnal flowers. 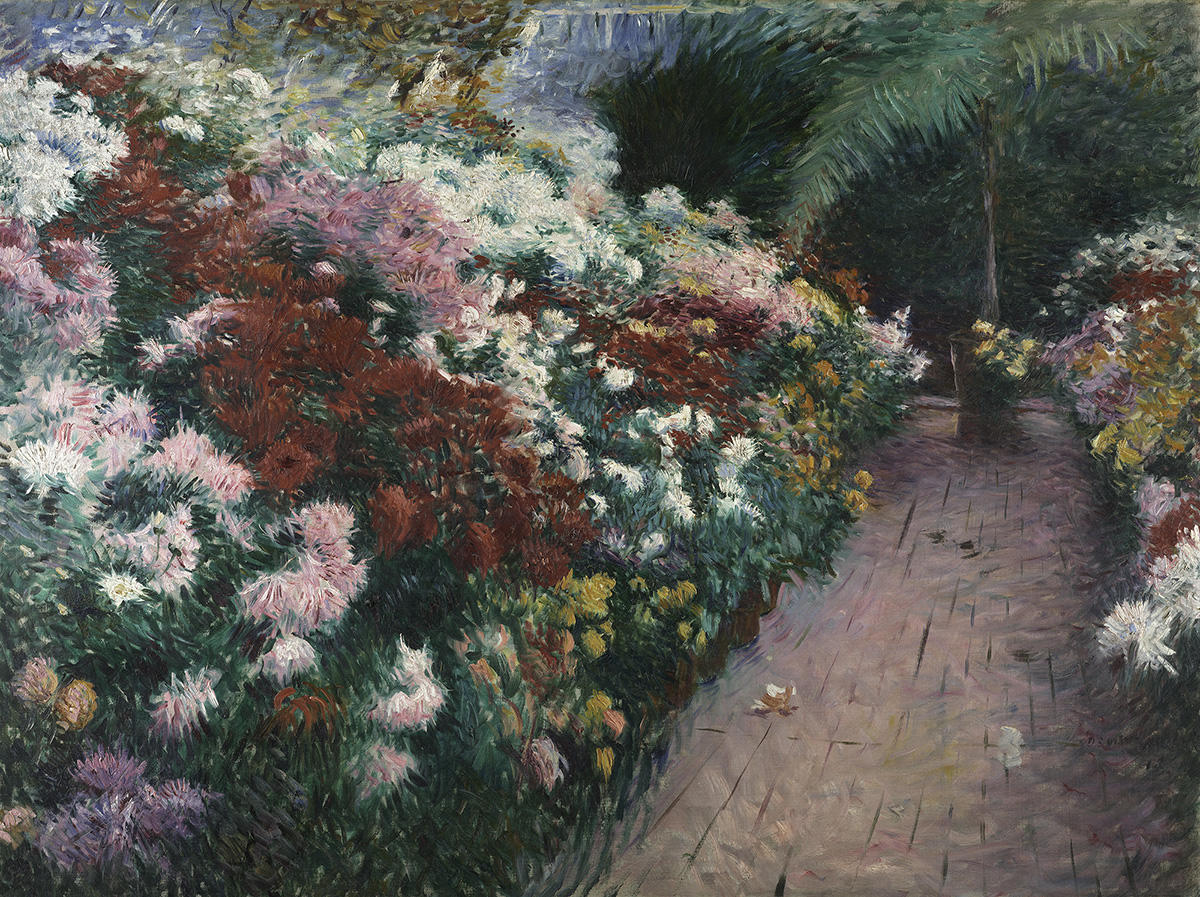 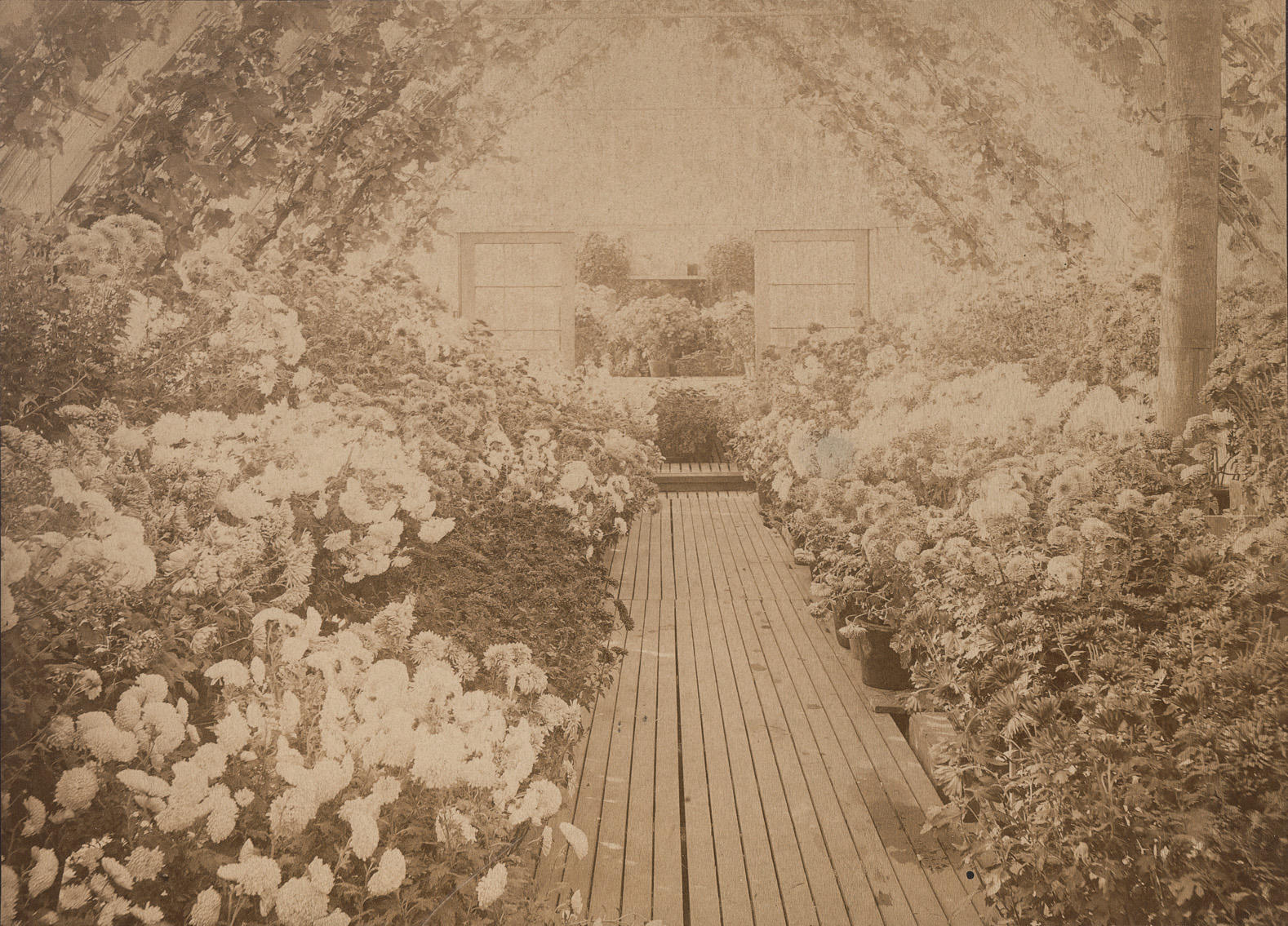 Tio also admired Bunker’s landscape painting The Brook at Medfield. Painted en plein air the summer after his English trip, this canvas is one of many completed in Medfield, Massachusetts, a pastoral retreat southwest of Boston. 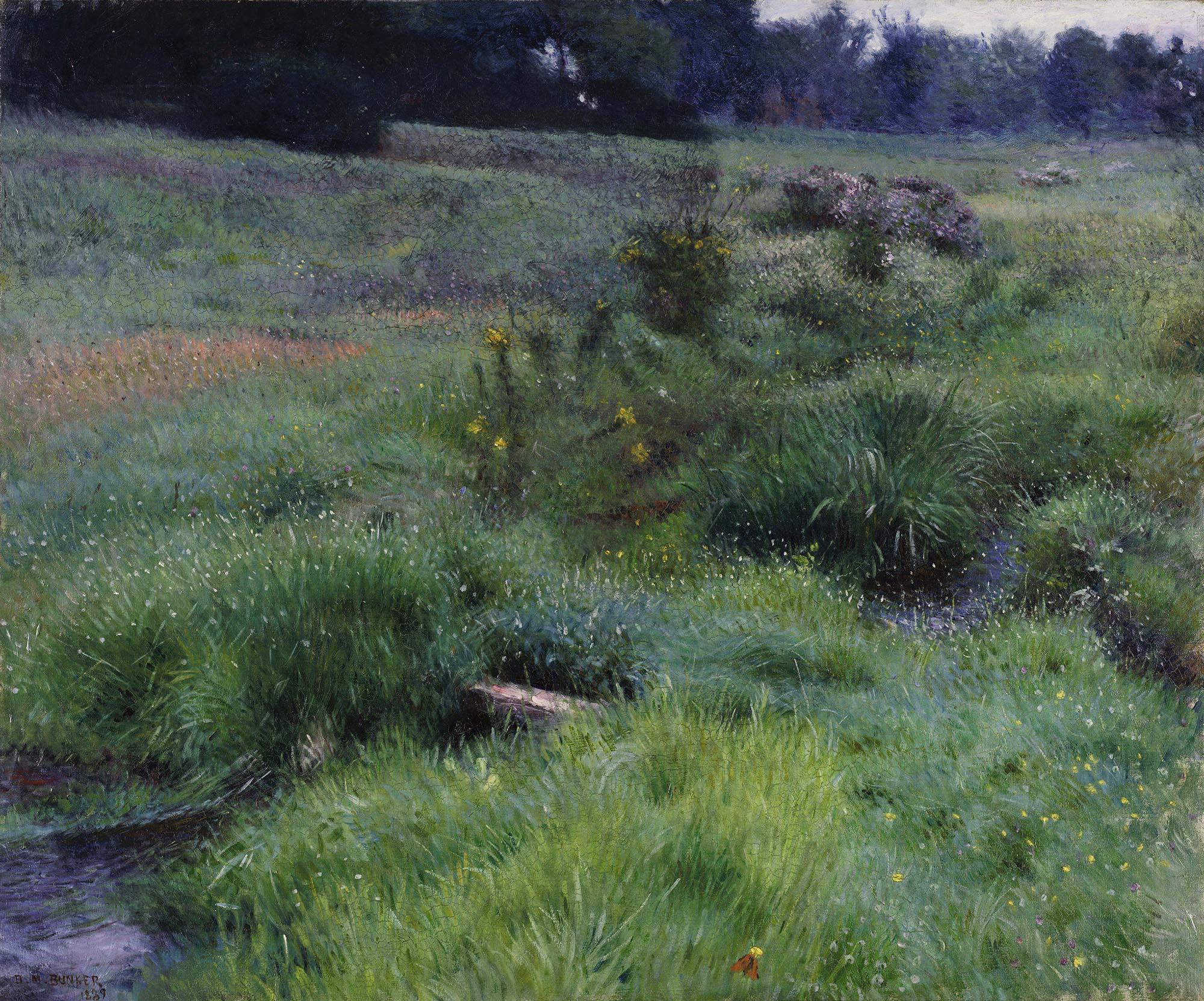 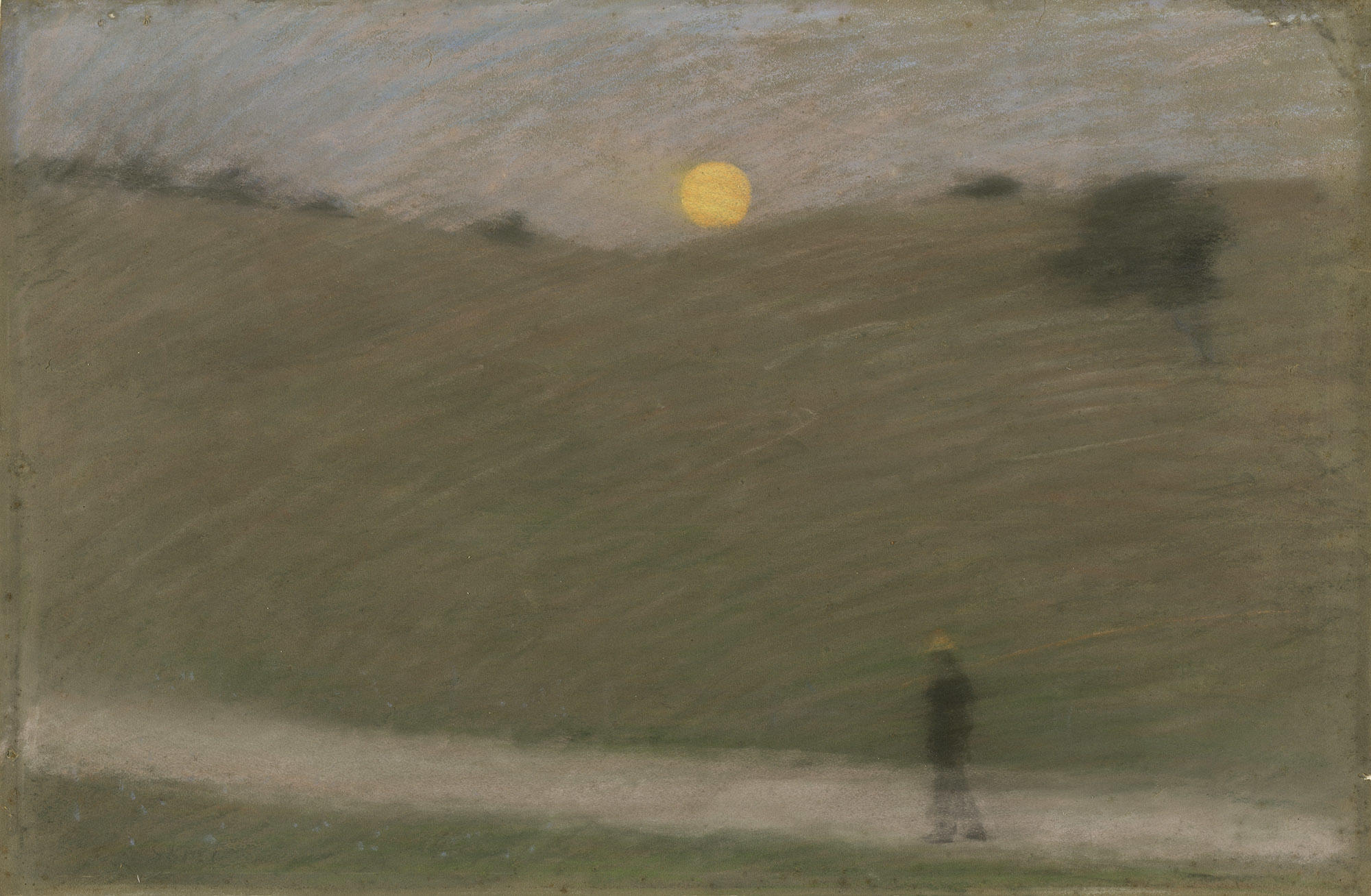 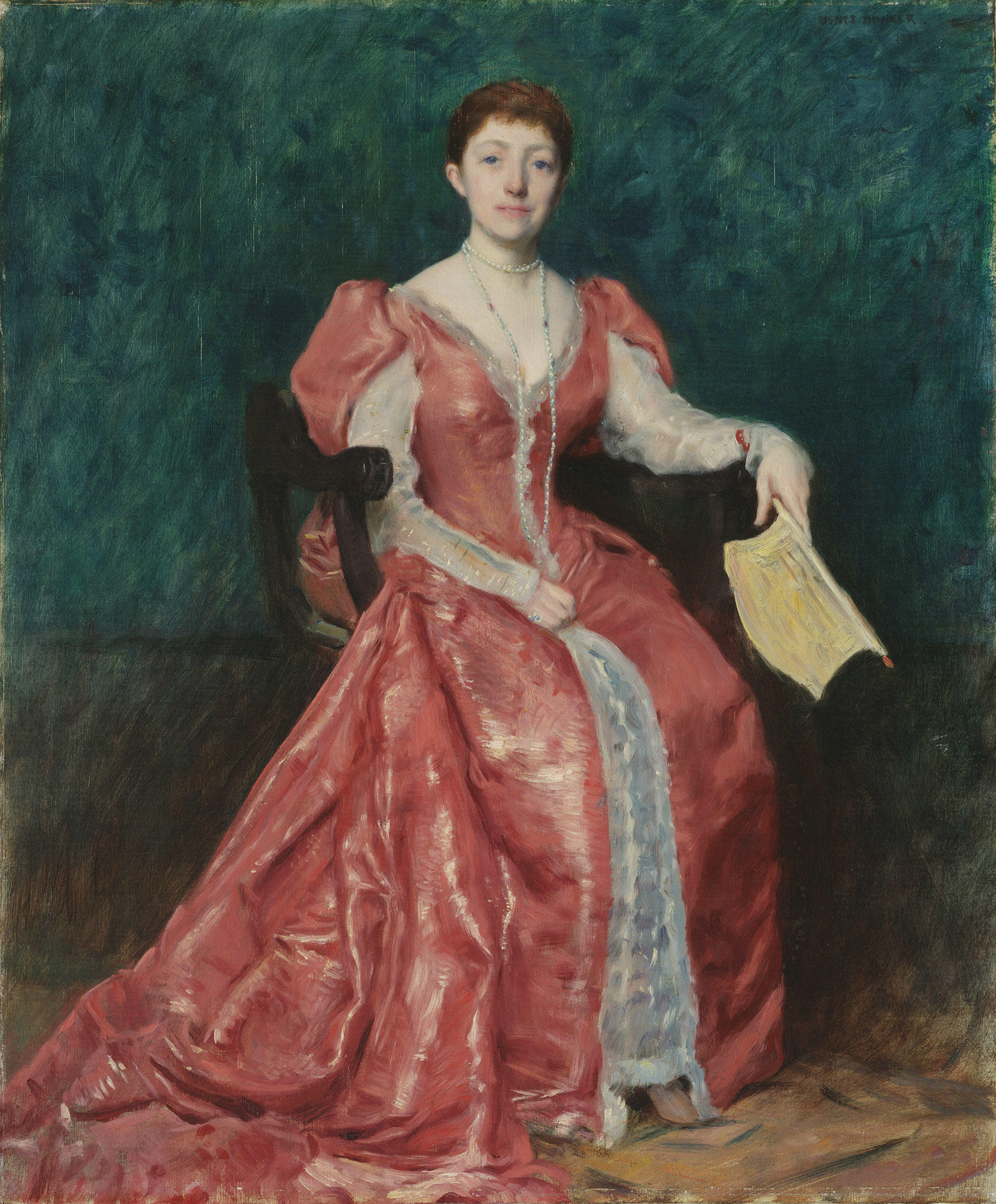 Composer Charles Martin Loeffler, Bunker’s best friend, introduced the painter to the town, and the two—together with Loeffler’s fiance and future brother-in-law—stayed at a boarding house called Tannery Farm.* The fields and streams reminded Bunker of the English countryside, and like Monet with his haystacks, he was inspired to document the same landscape over the course of one season. Loeffler was working nearby in a similar way, only with music.

How fast too the Summer is slipping by us! Everything goes at such a pace—there is even a hint of autumn stealing into my parti-colored canvases, tho' I try to keep them in their Summer garb….I even hear Loeffler work­ing down stairs on the same phrase that he began two months ago. My room is filling up with canvases, and the country seems more tender and beautiful every day.

Perhaps some of Loeffler’s music inspired Bunker’s paintings, and vice versa. Tio saw a striking maturity in the Medfield series—considering he died so young—and one that he was aiming for in his own creative life. Inspired by Bunker’s life and work, Tio challenged himself to try new textures and sounds in his Piano Trio for the Gardner, which was performed by the Claremont Trio in its world premiere at the Museum in November 2019. You can listen to that performance below.

Each of the five movements—”Medfield,” “Boats,” “In the Greenhouse,” “Moonrise,” and “Portraits”—evokes in sound one of Bunker’s paintings. The finale, “Portraits,” was inspired not only by Bunker’s portrait of Isabella, which hangs in the Vatichino, but also by the museum as a whole. Tio recognized that the museum can be viewed as another portrait of Isabella—one in which she knit together art from all ages, cultures, and disciplines with the legacies of her admired contemporaries including Dennis Miller Bunker. If the two friends were alive today, they would surely be delighted to know that their creative spirits continue to inspire artists like Juantio Becenti.

History of Music at the Gardner

Dennis Miller Bunker and His Circle