Green Hill and Its Gardens

Get a closer look at Isabella’s estate, Green Hill, and the many ways its wide open spaces inspired her horticultural creativity.

My garden is riotous, unholy, deliriously glorious! I wish you were here!

The “deliriously glorious” garden Isabella is raving about to her friend, art historian Bernard Berenson, was located at Green Hill, a lush, 40-acre estate in Brookline, just outside of Boston. During her lifetime Isabella maintained several residences—including at the Museum, once it was built—but Green Hill seems to have been a particular space of respite and repose for her and her husband Jack.

They often lived there seasonally, from April to October, to be “with the birds and the flowers.” Jack inherited Green Hill from his parents, John and Catherine Gardner, in 1884. The elder Gardners purchased the white and green house with a vine-covered, two-story arcade in 1842 as a summer estate. Built in 1806, the home was perched at the top of a sloping hill surrounded by grassy lawns and fields. And it was the potential of these lawns and fields that captivated Isabella; an avid gardener, she transformed the landscape and established her reputation as a creative designer and horticulturist.

Of course, she could not do this work alone. The 1900 census shows seven people living and working on the estate, the majority of whom were immigrants from Europe. Beginning in 1868, the grounds of the estate were managed by Head Gardener, Charles Montague Atkinson (1826–1896). Born and trained in England, Atkinson was well known as a skilled plantsman: his flowers, vegetables and orchids were frequent prize winners from the Massachusetts Horticultural Society.

When the younger Gardners inherited the estate, Atkinson was reluctant to make changes to the property, whose primary features were a small farm and a couple of greenhouses. A photograph album in the collection of Historic New England documents the estate around this time. Isabella, however, had a clear vision: she wanted visitors to be able to travel the world in the grounds at Green Hill, and created both an Italian and a Japanese garden. The grounds were designed to create an inspiring and welcoming environment for the many artists, musicians, and intellectuals that Isabella and Jack hosted at Green Hill.

...every day I shall be there grubbing in the earth; which I love.

Atkinson and Isabella were particularly capable at creating successful displays of hard-to-grow plants. For example, a tender variety of Japanese Iris, impossible to grow in the New England climate, was coaxed to thrive by irrigating warm water from the greenhouses into the garden bed.

To create the Italian Garden, established in 1895, Isabella seems to have consulted Charles Platt’s book on the subject; a copy of the book was a gift from Isabella to Jack for Christmas in 1893. In the garden, colorful overflowing flower beds bordered trellised paths, punctuated by ancient statuary. The center of the garden featured a fountain with a statue of Neptune overlooking a sweeping view.

The impression led a journalist in 1902 to declare that it was not an, “Italian villa garden in the common acceptance of the term; but it is in reality a great outdoor, fair-weather museum.”*

William Thatcher (1867–1934) joined as an apprentice in 1895 and became head gardener in 1896. Thatcher oversaw the development of the Japanese Garden, which was created in 1897. It featured a sunken water garden planted with barrels of pond lilies, bamboo, papyrus and lotus on either side of a thin, zig-zag, floating wooden path. Beside the pool, a rustic pavilion recalled memories of Isabella and Jack’s travels in Japan.

The creative experience of developing these gardens at Green Hill allowed Isabella to sharpen her personal design sense and experiment with light, color, texture, and composition. It was clearly a proving ground as she prepared to open and design her museum.

Green Hills is a garden of the imagination, and strikes the notes of fancy and poetry and memory.

She moved several sculptures originally set in the Italian Garden—including Horus (Egyptian, about BC 331–323 BC)—to the Museum’s Courtyard garden and surrounding cloisters. William Thatcher also contributed to the Courtyard; he grew flowers for the space from 1901–1926. 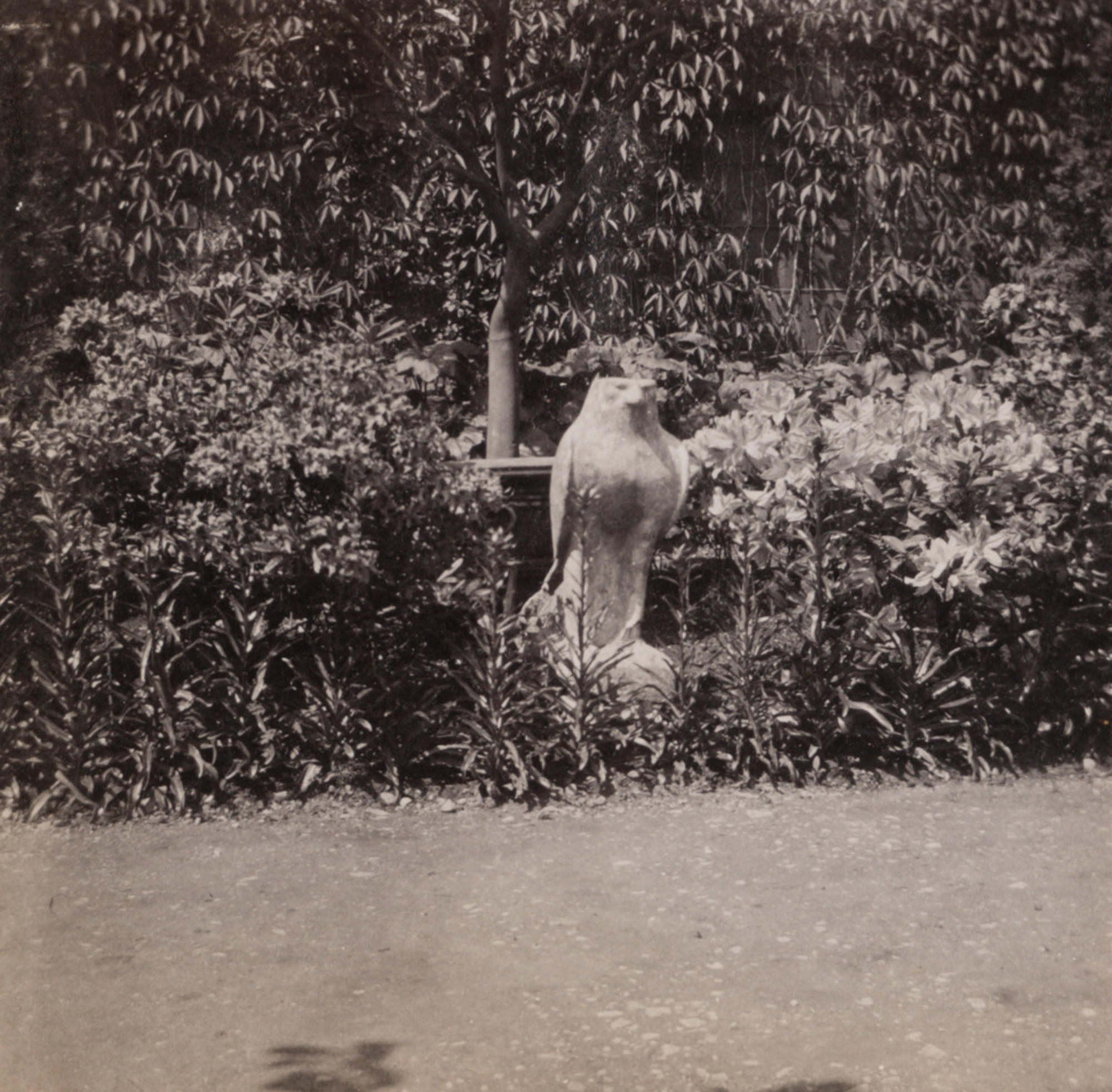 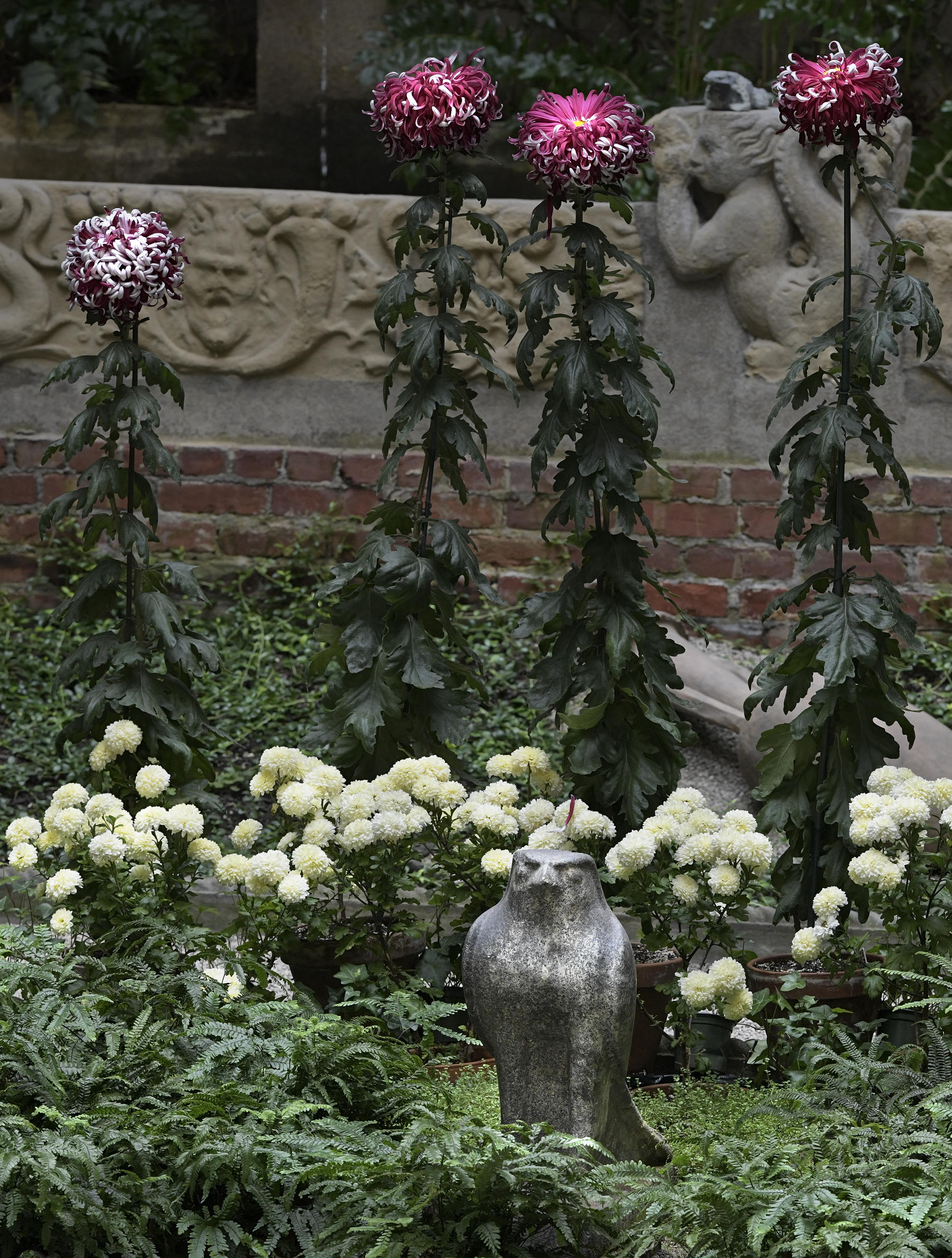 The 4th century BC, Egyptian sculpture, Horus, in the Italian Garden at Green Hill, 1898

The 4th century BC, Egyptian sculpture, Horus, in the Courtyard of the Museum, 2018

With her health in decline, Isabella ultimately sold the estate to her nephew in 1919. However, the legacy of Green Hill lives on in photographs, collection objects and in the institution’s dedication to horticulture and its transporting Courtyard garden.

Read about the Museum's gardens and landscape