Isabella Stewart Gardner loved music and theater, and was a patron of the performing arts. She befriended artists, musicians, authors, and actors and memorialized her talented friends in thematically-arranged glass-topped cases, like the Modern Actors Case in the Long Gallery of the Museum. One of her theatrical friends was George Arliss (1858–1946)—the first British actor to win an Academy Award. 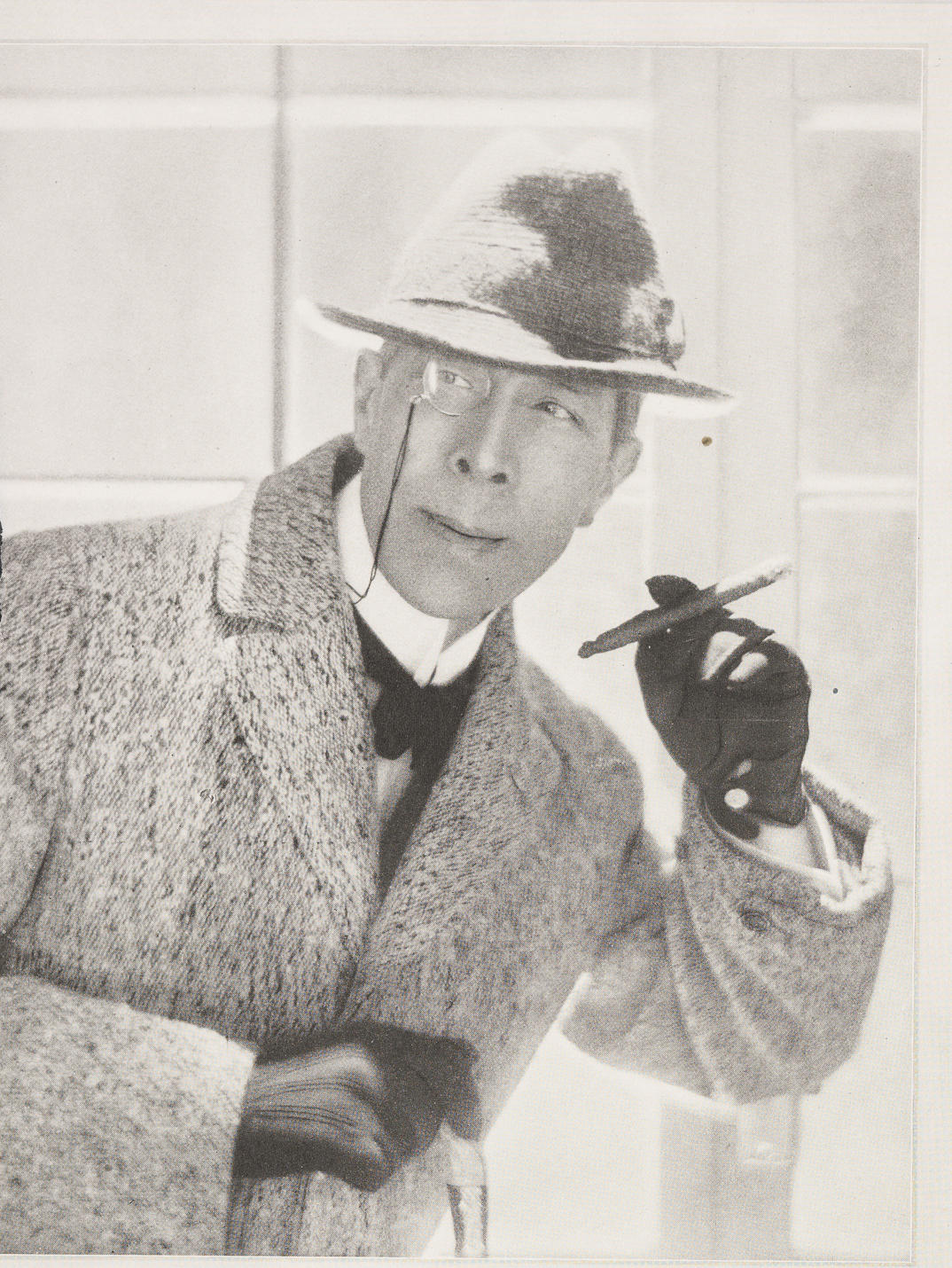 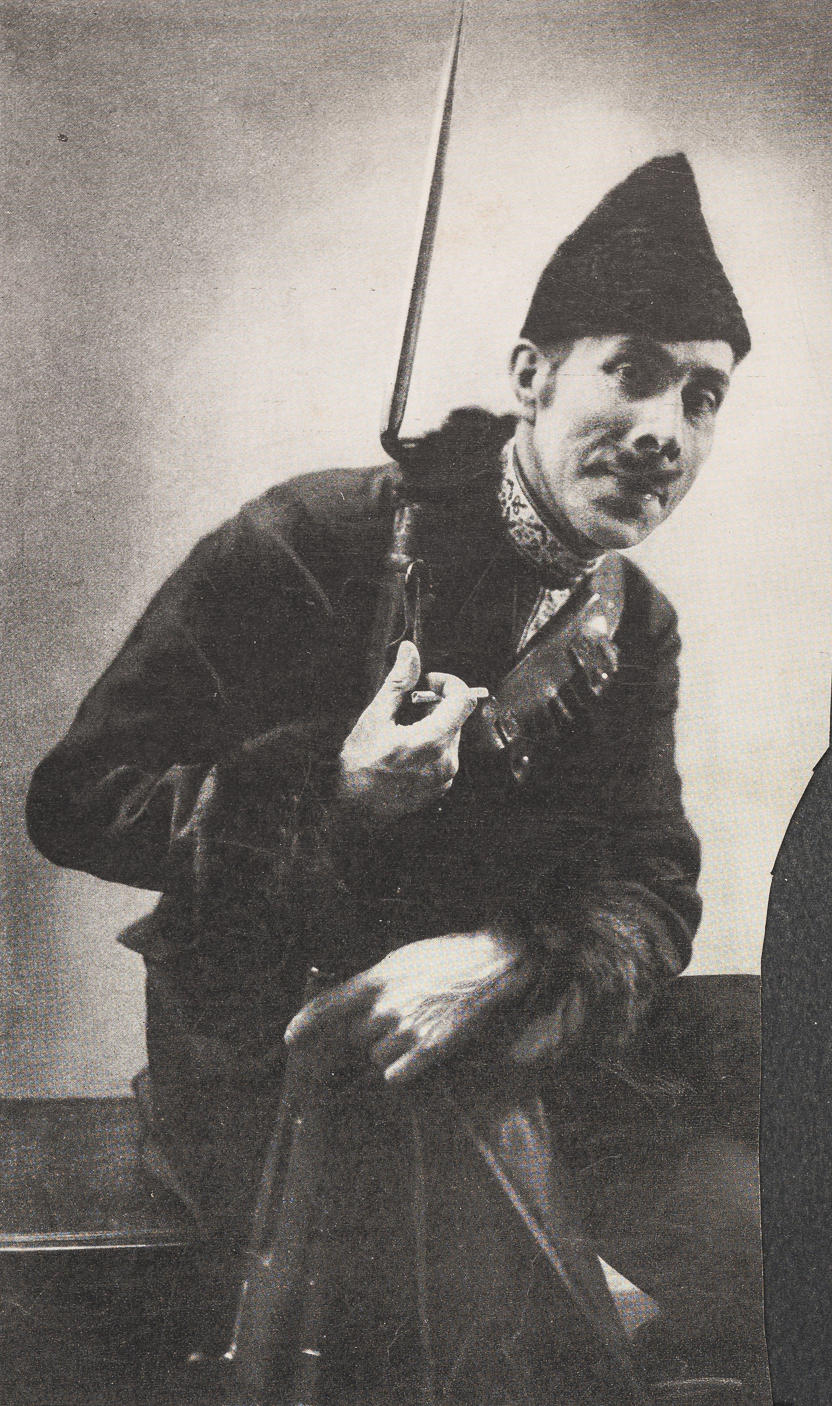 Vanity Fair, “George Arliss, A Votary of ‘The Green Goddess,’” February 1921, from the Modern Actors Case

Isabella met Arliss in the fall of 1912, when he was performing one of his best-known plays, Disraeli, about the Victorian-era British Prime Minister, Benjamin Disraeli. During the run of the Boston production, Arliss and his wife Florence rented a house in nearby Brookline, Massachusetts—the same town where Isabella had a home named Green Hill. In his autobiography Up the Years from Bloomsbury, Arliss recalls his first encounter with Isabella. She surprised him, arriving at their door without any warning or introduction, and from that time on, became a devoted friend.

Arliss gave the following advice to his fellow man about finding female companionship in Boston: “..don’t go to the dance halls amongst the flappers, but pick out some lady—any lady, over seventy, and if she takes to you, you will have the time of your life. But don’t be put off by some immature substitute in the fifties or sixties; be sure that she has reached the allotted span of life.  At seventy the Boston lady says to herself, ‘... now I am going to have a good time.’”

It seems especially poignant to mention that Isabella was 72 when she met Arliss.

During the six months that the Arlisses lived nearby, Isabella entertained them with a dinner in the Museum’s Dutch Room and introduced them to members of her social circle, including artist John Singer Sargent (1856–1925), literary hostess Annie Fields (1834–1915), and economist A. Piatt Andrew (1873–1936). After the Arlisses left Brookline, they stayed in touch with Isabella, and she continued to attend George’s local performances.

I send you a large photograph, in the faint hope of expressing by its size the length and breadth of my regard. But realizing the relative value of space in your wonderful house and a large picture of myself, I send you a small photograph in the hope that you will give it a place amongst your many friends.

Isabella kept two clippings of Arliss in the Modern Actors Case and three photographs of him in her personal treasure trove, the Vatichino. One shows him with his dog—Isabella was also a dog lover—one with a monocle and cigarette holder, and one in costume as American founding father Alexander Hamilton.

In 1917, Arliss starred in the play Hamilton that he co-wrote with Mary P. Hamlin—almost 100 years before Lin-Manuel Miranda’s 2015 hit musical of the same name. In this production, Arliss sought to convey the characters of the founding fathers. He noted that they were, “real people, and not merely a procession of nice grey-headed old gentlemen….”

Isabella probably saw the Boston production of Hamilton at the Hollis Street Theatre in the winter of 1918. But a confluence of crises cut the play’s run short. The unrest of World War I and venue closures due to the Spanish flu pandemic all conspired against the production. Instead of continuing the tour of Hamilton, Arliss joined a Red Cross benefit production of the propaganda play, Out There, which visited 17 cities. On 21 May 1918, he performed it at the Boston Opera House, raising $62,000 (almost $1 million today) in aid.

Many years later, Hamilton received a second chance—in 1931, Warner Bros. made it into a movie. Isabella didn’t live to see the film, but if she had, she surely would have been on the red carpet supporting her friend George Arliss with his Hollywood success.

Learn more about the Cases