The Great Bare Mat draws inspiration from a visual pun—two Chinese Han Dynasty bronze bears (pictured below) from the Museum's collection. These mat-weights anchored carpets where debaters would sit, arguing philosophy or playing the ancient Chinese game of Liubo.

Woven in Bulgaria, the "bare" carpet plays on the subject of bears, depicting the Great and Little Bear constellations. The background of lines is a drawing based on an algorithm of conversations among three computers belonging to the members of Raqs Media Collective, along with others the world over. The stars in the rug conjure the sky above, which appears to watch over the humans sitting below, telling and re-telling their stories. 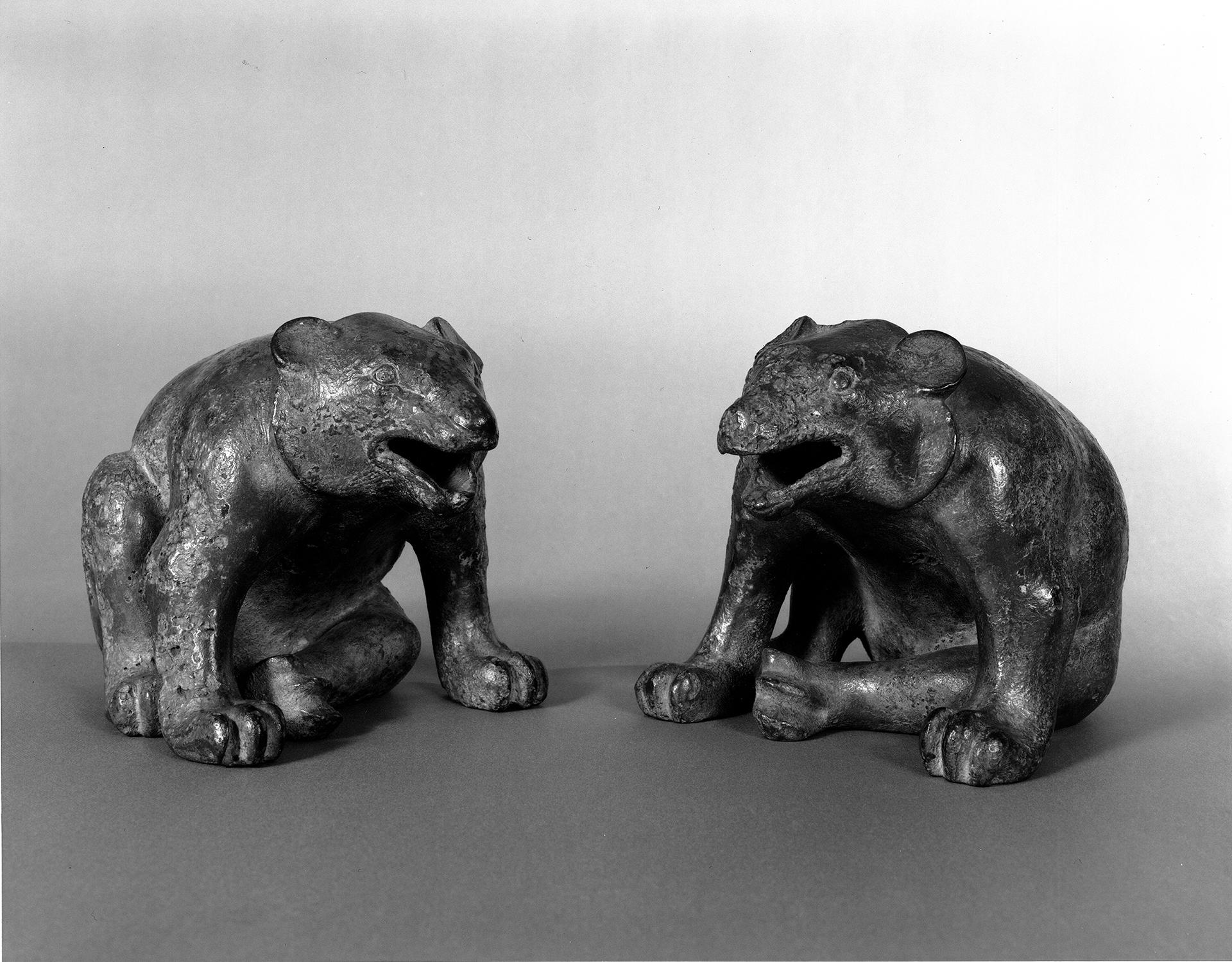 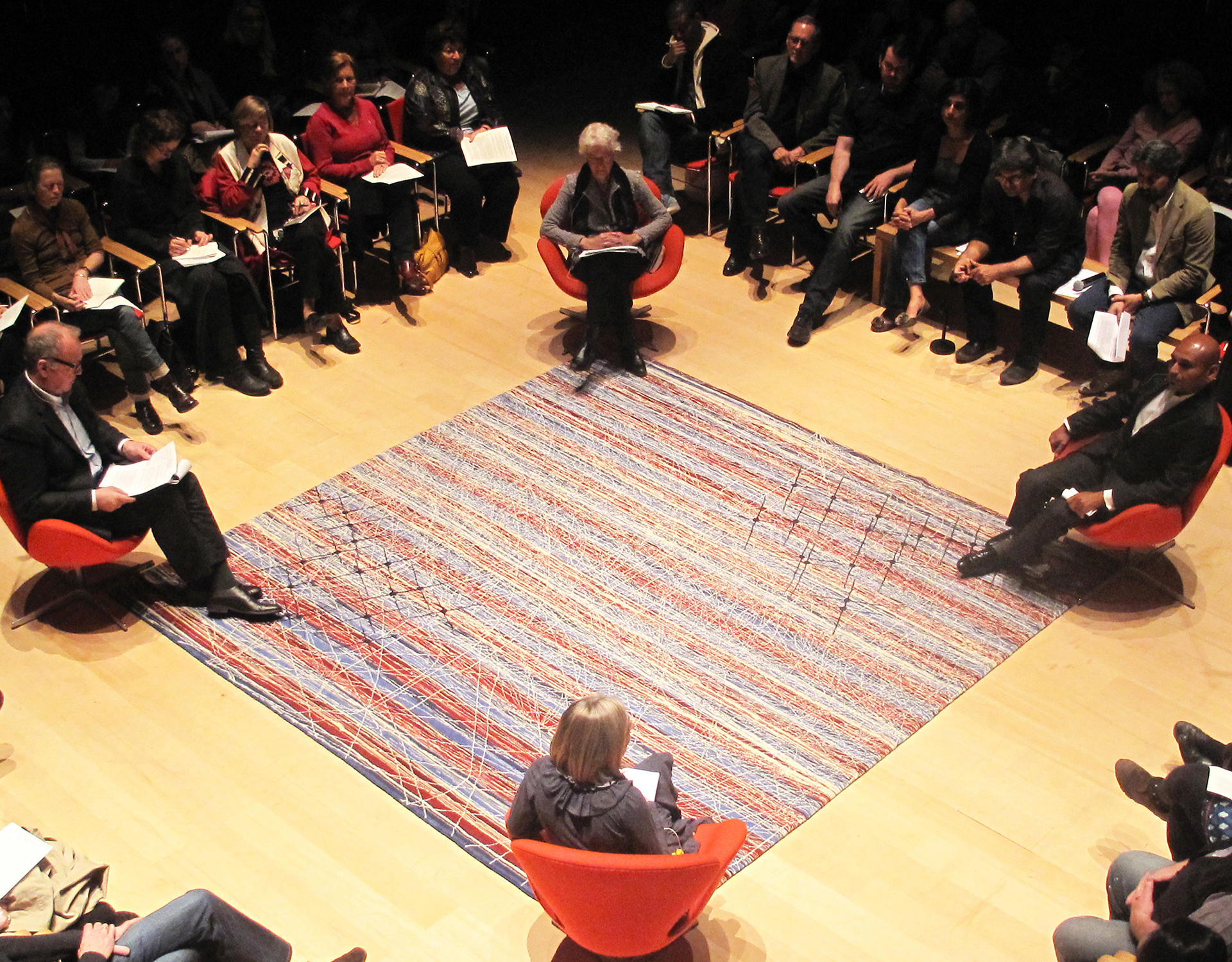 The Great Bare Mat is one part of the contemporary exhibition, Common Threads: Weaving Stories Across Time. On view in Hostetter Gallery beginning October 4.

Common Threads: Weaving Stories Across Time is supported in part by Amy and David Abrams, The Coby Foundation, The Andrew W. Mellon Foundation, the Barr Foundation ArtsAmplified Initiative, and the National Endowment for the Humanities. The Museum receives operating support from the Massachusetts Cultural Council, which receives support from the State of Massachusetts and the National Endowment for the Arts.