John “Jack” Gardner, Jr.; A Collector in His Own Right

Who was Jack Gardner, Isabella’s husband and avid art collector in his own right? Learn more about Jack’s own art collecting efforts and how he helped Isabella establish her namesake museum.

In the summer of 1891, Isabella Stewart Gardner inherited $2.75 million dollars (about $78 million in today’s dollars) upon the death of her father, David Stewart. As Morris Carter—the first Director of the Museum—stated, it was with this substantial inheritance that “Mrs. Gardner now settled down definitely to the business of collecting works of art.” She was not, however, alone in this endeavor. Isabella relied not only on the opinions of agents and advisors, but benefitted from acquisitions made by her husband, John “Jack” Gardner, Jr. Although known today as Isabella Stewart Gardner’s museum, there are over 130 objects in the collection that Jack purchased.

Henry Lee Higginson, founder of the Boston Symphony Orchestra, characterized Jack Gardner as “reasonable, high-minded, kind, affectionate, con­siderate, intent on doing others a kindness, impulsive & full of careful thought.” Jack was elected as a Trustee and Treasurer of Boston’s Museum of Fine Arts in 1886—one of his many seats on boards and in clubs in the community. With this position, he was firmly anchored in Boston’s art world and brought years of experience in matters of museum collecting and administration to his and Isabella's personal pursuit of art.

In the late 1890s, Isabella and Jack envisioned a museum to house their increasingly growing collection of art. Initially, the pair hoped to transform their Back Bay home at 152 Beacon Street into a museum. While traveling through different countries primarily across Europe and Asia, the couple kept diligent track of their art purchases through dealer’s ledgers, as well as diary and journal entries. When they returned, they displayed their purchases in their homes on Beacon Street and at Green Hill in Brookline, Massachusetts. Although most dealer receipts were addressed to “Mrs. Jack Gardner,” a few addressed to Mr. Jack Gardner indicate that he himself was responsible for the purchase.

In the winter of 1884, while traveling through Asia, Jack bought (among other objects) a covered cup and saucer for 500 rupees in Kolkata from the jeweler and antique dealer, Alexander N. Jacobs. Inlaid with gold, pearls, diamonds, and rubies, this carved lapis lazuli cup and saucer is an example of a late 19th century design inspired by Mughal Empire masters. Always methodical in his records, Jack wrote about the purchases in his daily diary, stating, “Very busy all day making preparations, drawing money etc. Bought a lot of things of Jacobs [sic].” 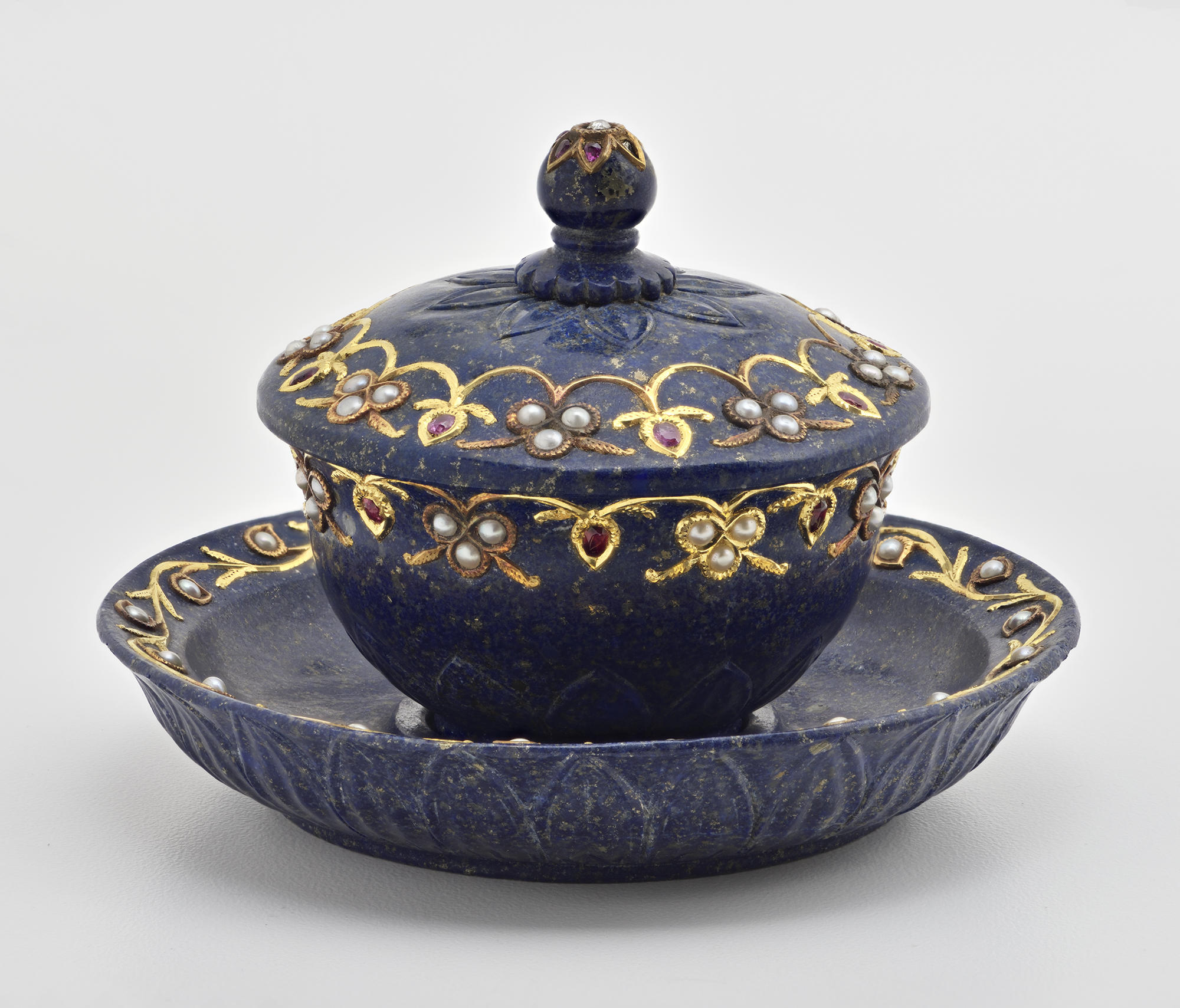 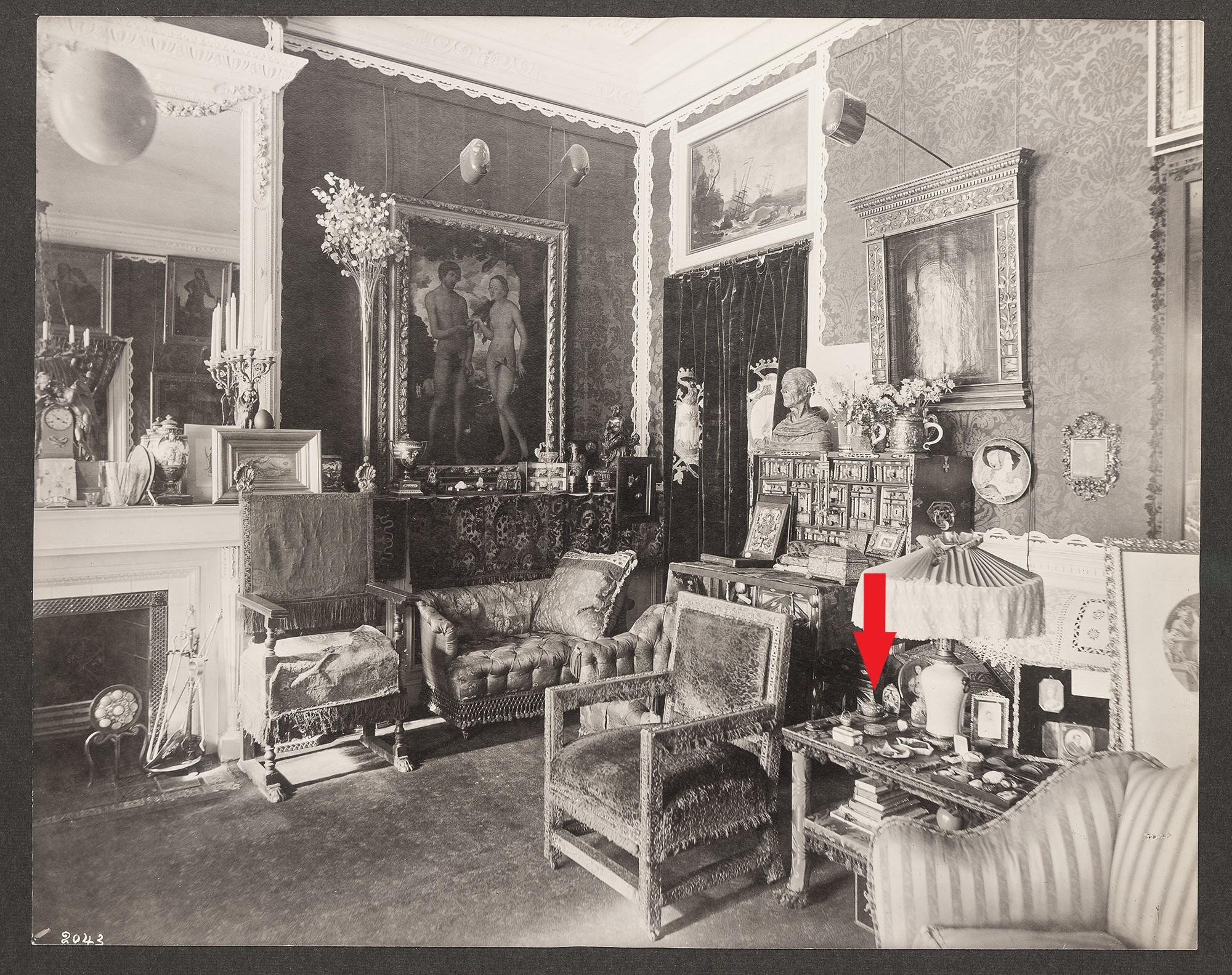 In another instance on a trip through Venice in 1886, Jack purchased from the artist Paul H. Tilton a seascape titled Venice. Jack recorded the acquisition of the painting in his diary in a matter-of-fact way, “Painting by Tilton—300.” Tilton, the son of the American landscape painter John Rollin Tilton, would go on to become a part of the Gardners’ circle in Venice, with the Gardners dining with him often during their many visits to the city.

While traveling again through Italy in autumn of 1897, Jack purchased almost 30 items from the antiques dealer Vincenzo Barone in Naples. Notably during this transaction, he purchased a fresco depicting five musicians in the midst of performing from a balcony. Originally attributed to Felice Brusacorci, the fresco was identified as the work of Giorgio Vasari—one of Vasari’s few frescoes painted for a private interior and not for a religious or civic institution. 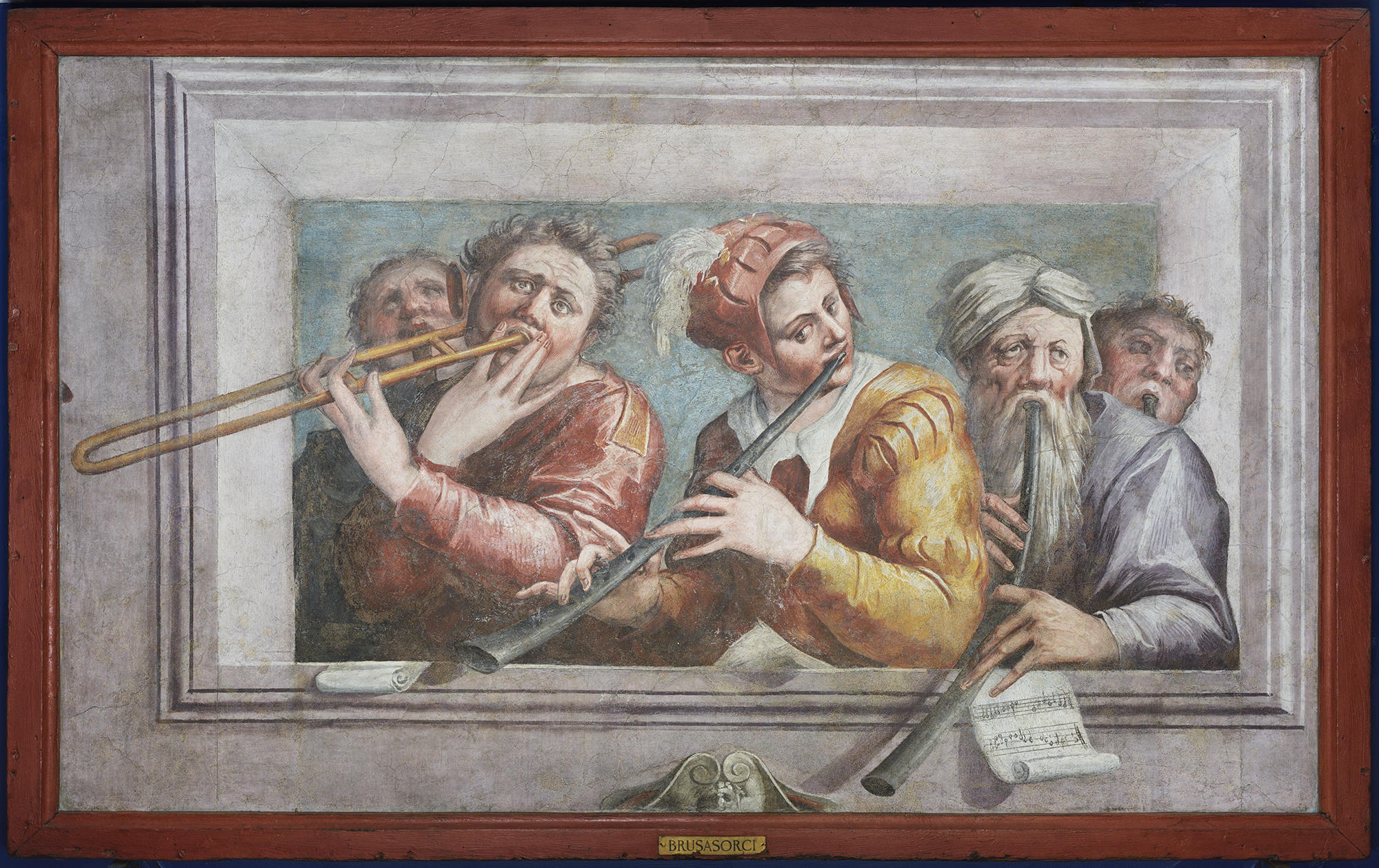 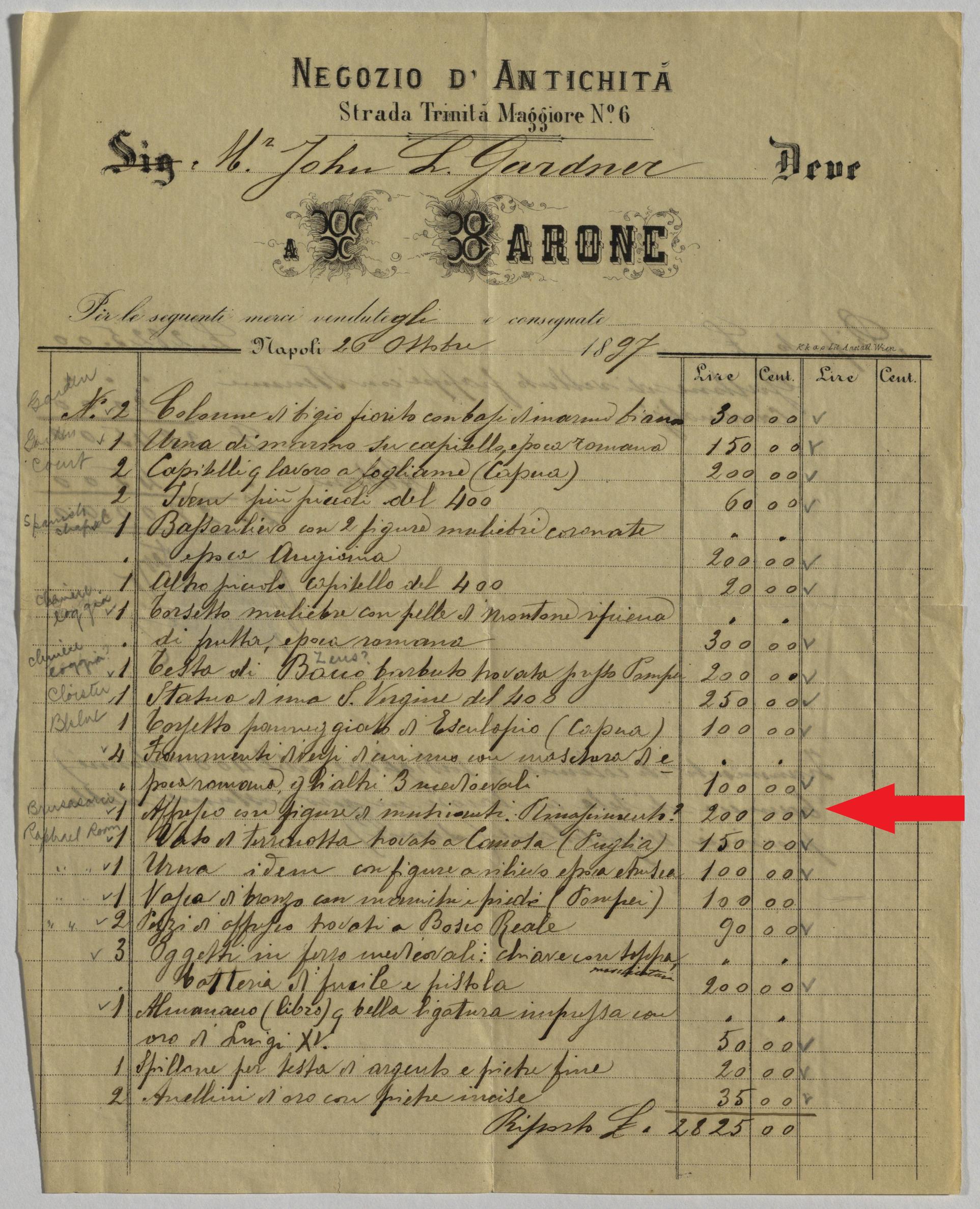 As their collection continued to grow, the Gardners ultimately enlarged their Back Bay townhouse by joining it together with the house next door. By 1896, it was clear that they needed even more space and started making plans for a museum. Unfortunately, in 1898, tragedy struck when Jack suddenly passed away from a stroke. In the aftermath of this loss, Isabella continued on the journey to build a purpose-designed space sufficiently large enough to house the objects that she and Jack had collected. Isabella displayed “Jack’s objects” throughout the Museum’s galleries. His presence is especially felt in the Short Gallery, where his portrait by Antonio Mancini hangs next to Anders Zorn’s portrait of Isabella—both painted at the Palazzo Barbaro in their beloved Venice.

Whether he was influenced by Isabella’s collecting or inspired by his own eye for art, Jack certainly played a role in creating what makes the museum’s collection so unique today.

Green Hill and Its Gardens