Learn about the spiritual life of Isabella Stewart Gardner from a member of the Society of Saint John the Evangelist, the local monastic community that she helped support.

Most people associate Isabella Stewart Gardner with her museum. To those who knew her, Isabella was a friend of the great, the grand, and the good. However, even fewer knew one of the most personal details of her life–that she was a deeply spiritual individual.

Most come to the museum to pay homage to Mrs. Gardner, the art collector. But the Brothers of the Society of Saint John the Evangelist (SSJE) come to remember Mrs. Gardner as a woman of faith. As per her will, they remember her with a religious service held in the Museum’s Chapel each year on her birthday.

A House of Prayer

To describe something so personal, so private, so tender, as the faith of another is almost impossible. Luckily, Mrs. Gardner has left clues about her inner life.

The first is the museum itself. The religious nature of the collection is obvious. Looking beyond the art, there are vestments and vessels associated with the worship of God. There are chapels, places for prayer, and meditation. The curation of these select artifacts translates to an expression of her inner spiritual life. 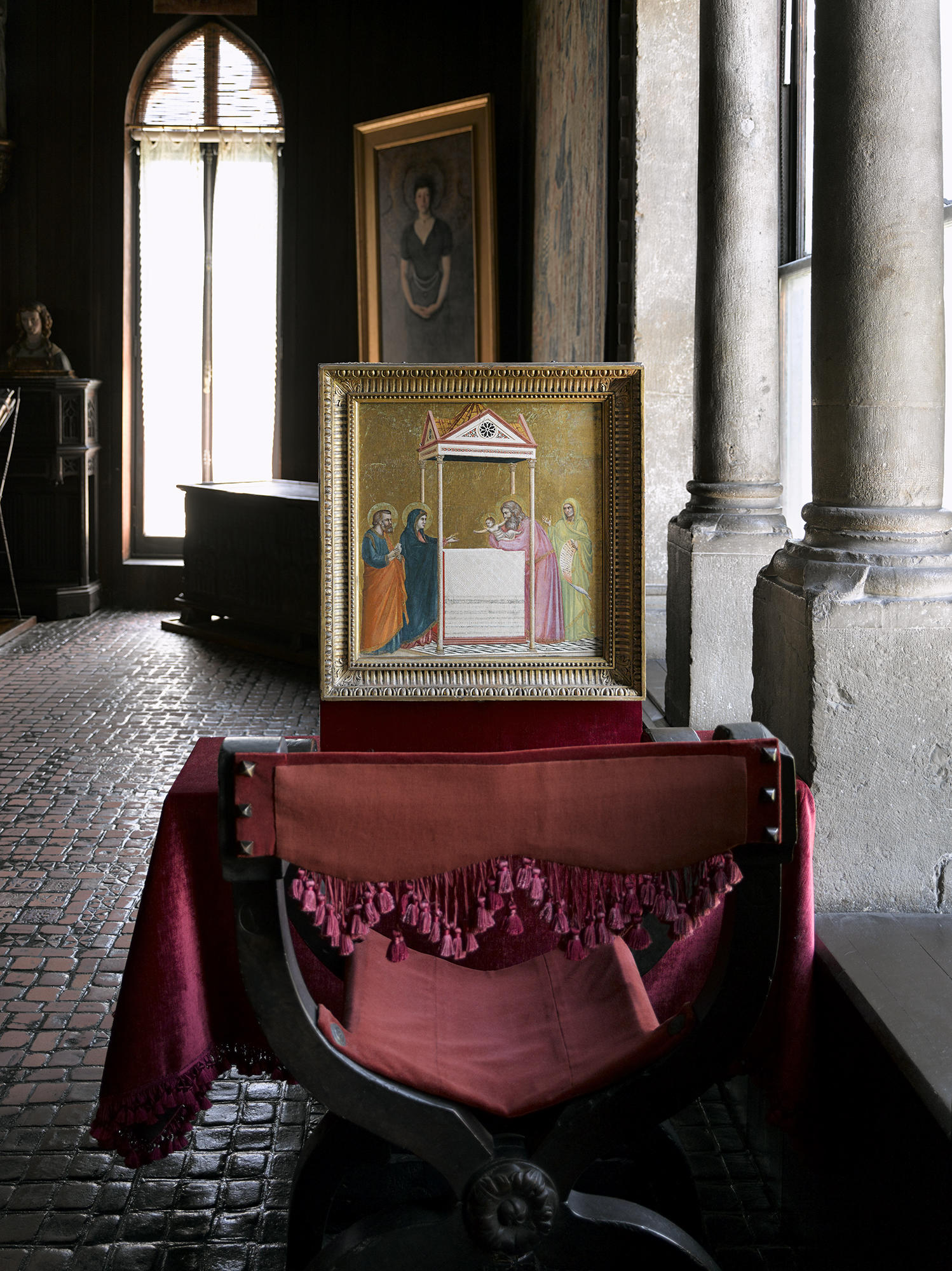 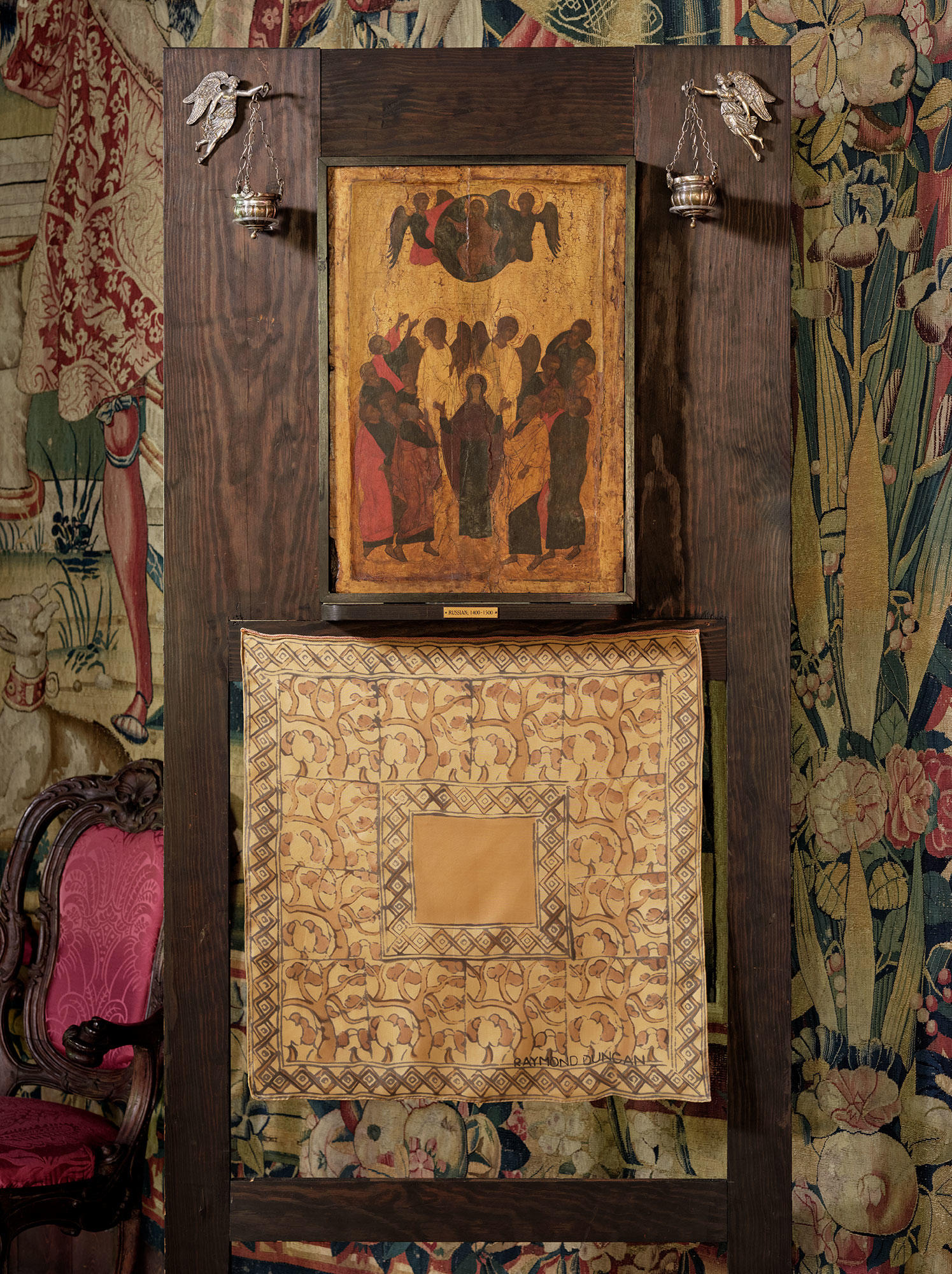 Giotto’s Presentation of the Christ Child in the Temple, about 1320, in the Gothic Room
Isabella Stewart Gardner Museum, Boston. Photo: Sean Dungan

Another clue is the monastery for SSJE. Isabella generously purchased part of the land for it. She then funded the building of the west wing for the monastery’s guest house. Because of that effort, the Brothers referred to her as “the foundress of [our] monastery,” according to The Art of Scandal by Douglas Shand-Tucci.

Before the monastery, Isabella also generously supported St. Augustine’s Church, another property run by SSJE. This building served the Black population of Beacon Hill. While it is no longer standing, it was the first Episcopal church to serve the needs of Boston’s Black community.

The most significant clue to her inner life, however, lies not in bricks and mortar, or paint on canvas, but on the brittle onion skin pages of The Mission House Diary. This document circulated in the 1920’s to members of the Society to keep those away from home abreast of the news. Father Spence Burton describes Mrs. Gardner’s health decline and final days of life in the following excerpts.

[Some] of the [orphans] from Saint John's House [Arlington] went to Fenway Court and [sang] carols for Mrs. Gardner.

Early this morning a telephone message from Fenway Court to say that Isabella Gardner was failing and wished for her communion at once… Very possibly she may be dying. It is characteristic of her, that she insisted on having the priest before the doctor.

When I reached Fenway Court … I found … Mrs. Gardner … unconscious. I remained a few minutes…. Just then [she] had a collapse. We all gathered around her bed and offered what we thought were the prayers for her good death. By the time the doctor … arrived she had rallied a little but even then, I thought she might die any moment and at the most would not live through the night….

Later that afternoon she had regained consciousness. She had Father Powell hear her confession and prepare for her Communion again the next morning.

… the George Gardners telephoned me that Mrs. Gardner had gained consciousness … and would I come…. [Within] a few minutes I was back at her bedside. We had some prayers … and although she made no responses, I am sure … she was conscious that we were … there and entered spiritually into the prayers. It is pathetic that she cannot die. God may be giving her her Purgatory now.

Mrs. Gardner died … last night. God rest her soul. Her niece … telephoned … to give us the news, and to ask me to be at Fenway Court at 10 ... Mrs. Gardner's body lay on a low bier, covered with a purple pall before the Altar in the Spanish Chapel. Candles … burned at the four corners … and by it … the Sisters of St. Margaret and of St. Anne kept vigil…. All the arrangements were dignified and beautiful, graceful, and majestic. We certainly have lost a good friend, and Boston its most distinguished citizen. I gave her her last blessing [yesterday].

… this morning I said a Requiem for Mrs. Gardner in the Spanish Chapel in the presence of her body… We use the magnificent Cellini chalice… It was extraordinarily simple and touching in the midst of all that beauty and magnificence.

To say that Mrs. Gardner was a friend of the great, the grand, and the good, or even a collector of beauty, tells only part of her story. On her birthday every year, the members of SSJE remember her as a friend to the poor, the oppressed, and the marginalized. Her deep faith brought her into contact with the orphans at St. John’s House, the Black population of Boston through St. Augustine’s Church, the members of SSJE, the Sisters of St. Margaret, and the Order of St. Anne.

It is no wonder that Isabella did not want her yearly celebration to include champagne and canapes and rubbing elbows with Boston’s elite. Rather, she requested a quiet ceremony with prayer, worship, and a celebration of the Eucharist that meant so much to her and her faith.

Isabella and the Pope