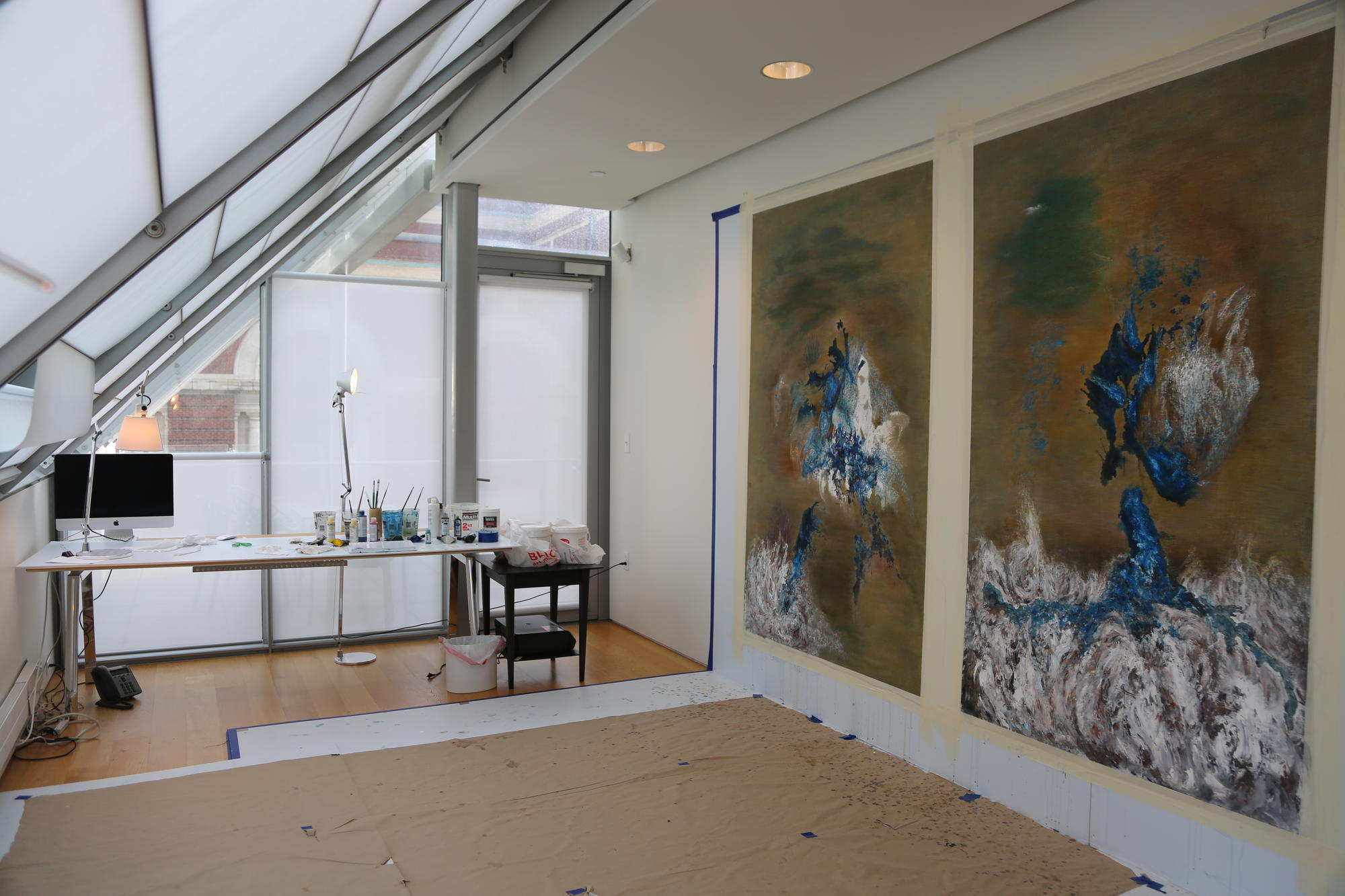 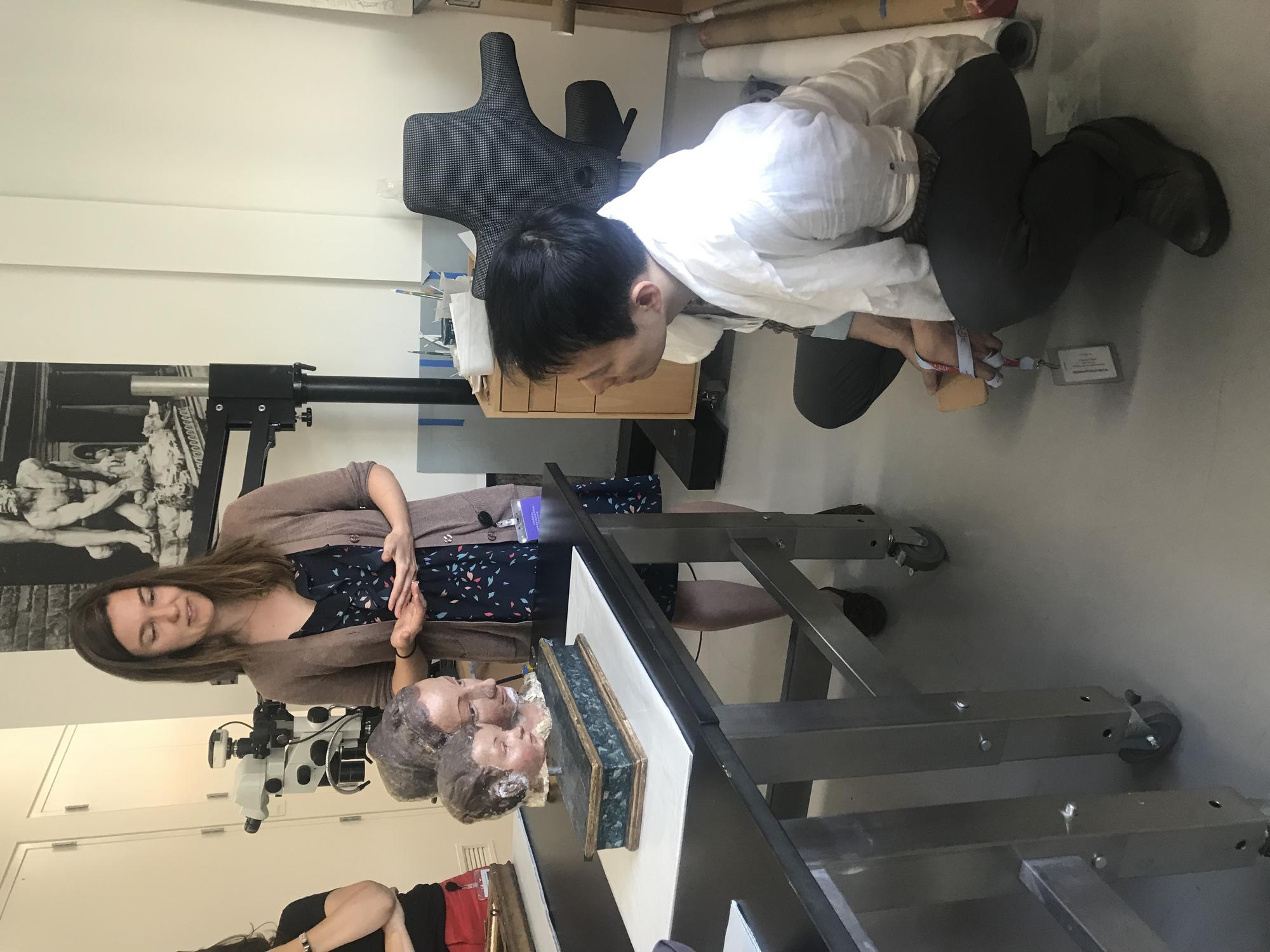 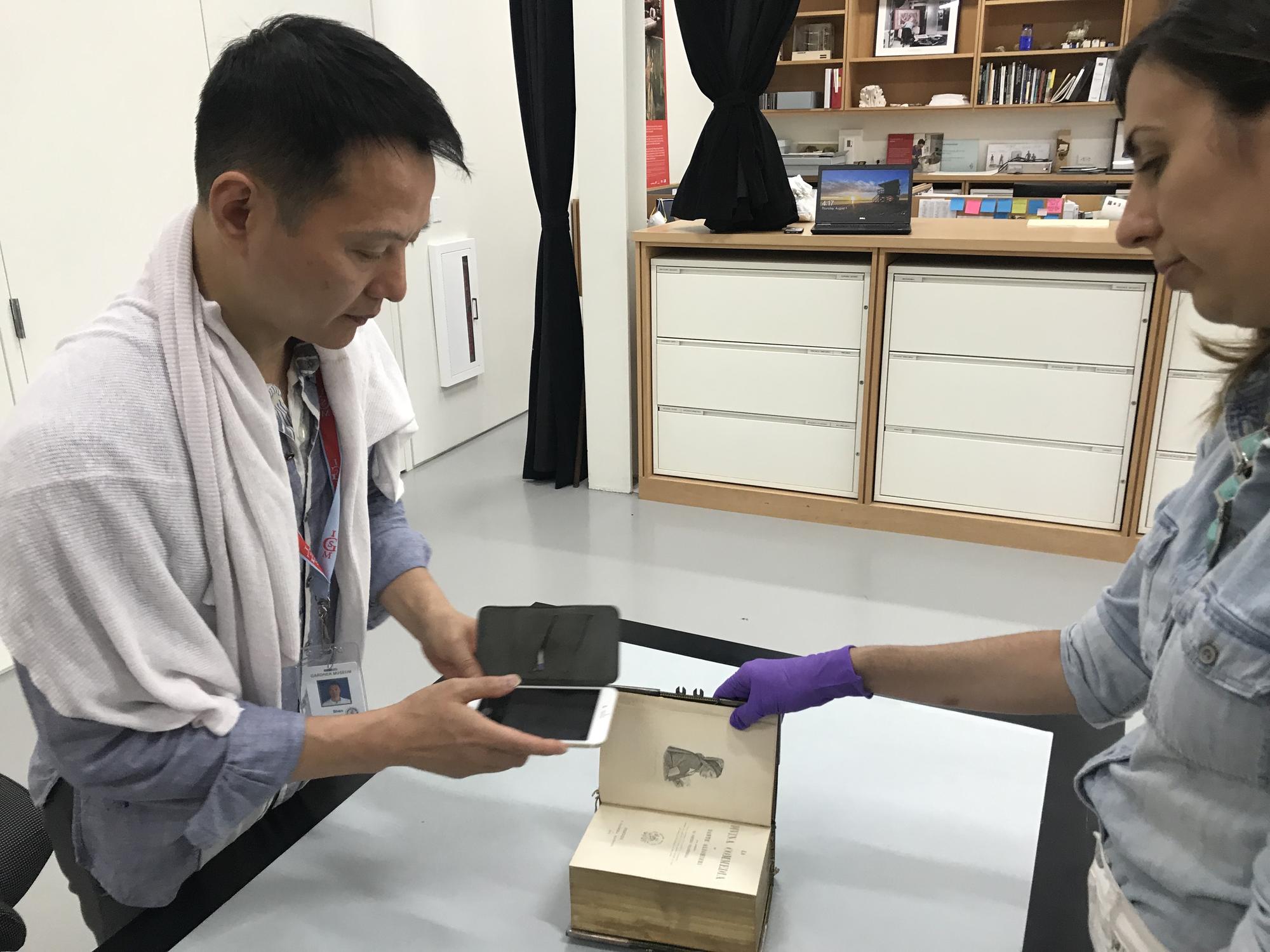 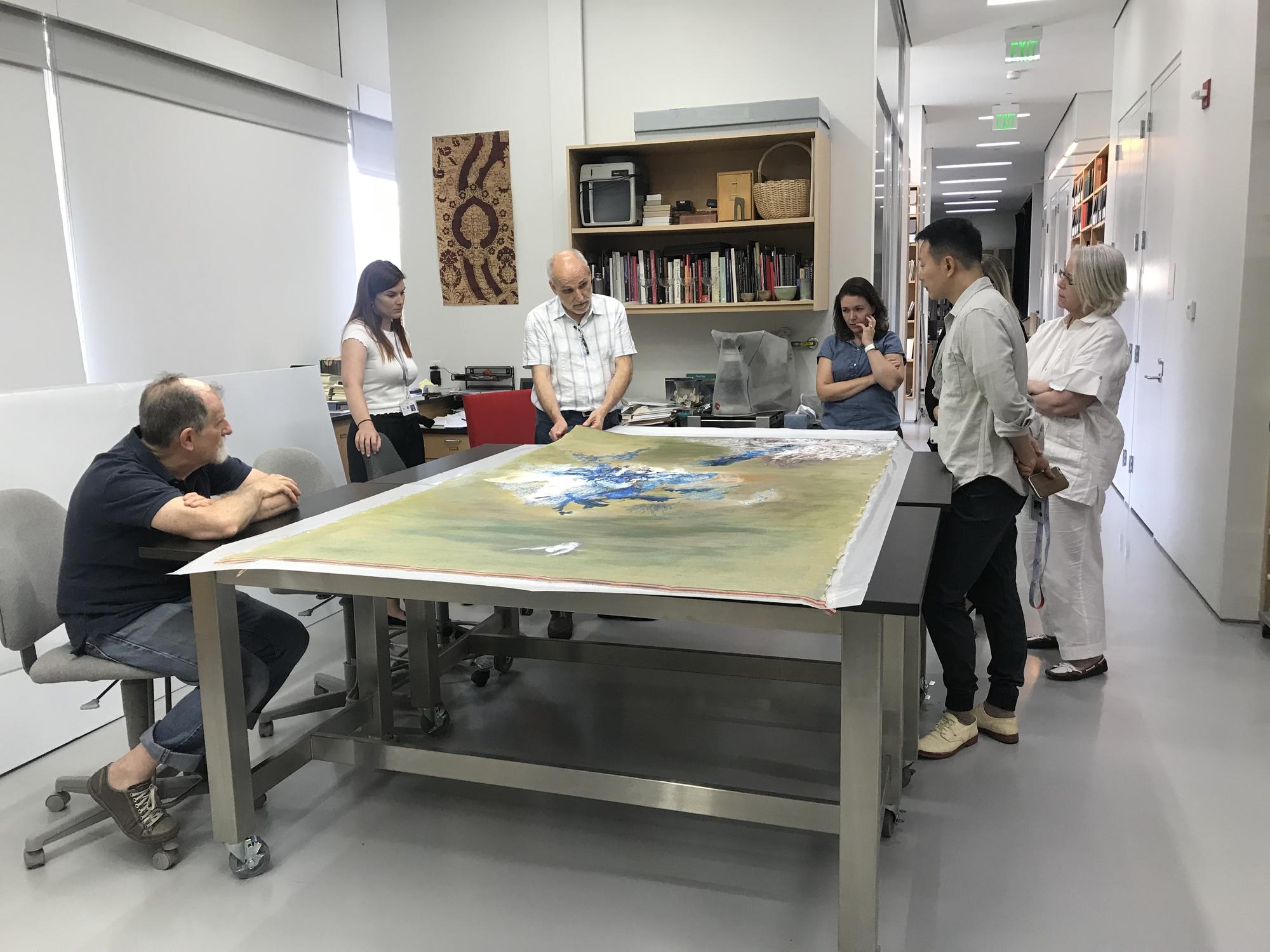 Shen Wei’s studio in the Artist-in-Resident apartment, 2018, the paintings seen here are included in his 2020 exhibition

Shen Wei in the conservation lab preparing a work to be stretched for his upcoming exhibition, 2018

In August 2018, choreographer, painter, dancer, and director Shen Wei transformed the artist apartment at the Museum into a working studio. Wei was introduced as a young child to a variety of traditional Chinese art forms including opera, watercolor, and ink drawing. Today he is an artist who moves freely across mediums to find spiritual meaning in an increasingly material world. During his residency, Shen Wei developed two large paintings in his studio, while working on a book and playing the guzheng. He also spent time in the archives, conservation labs and roamed the galleries studying the Collection and taking photographs. One of the works he was drawn to is titled, A Young Lady of Fashion, and is located in the Long Gallery. This Renaissance portrait, painted in profile, has a striking resemblance to a member of the Shen Wei Dance Arts. The encounter with this artwork inspired Shen Wei and ultimately led to the creation of Passion Spirit, a film shot at the Museum and at the Arnold Arboretum the following Summer.

Shen Wei’s stay at the museum as an Artist-in-Residence was not the first time he worked on site. In 2017 he was commissioned to create a site-specific dance piece, The People of the Garden, for the Museum’s annual fundraising Gala. Shen Wei created a beautiful immersive work for the Courtyard and upper balconies. Guests watched as the thirteen dancers in white body paint and monochrome costumes move mystically amongst the plants, sculptures, and architectural elements to music composed by Daniel Burke and Avro Pärt.

Shen Wei returned in 2019 for three weeks to film Passion Spirit and to work with the Museum’s Contemporary, Conservation and Preparator Teams on his upcoming exhibition. Passion Spirit includes several works from the Collection and features performer Lilly Blach, who so resembled the sitter in A Young Lady of Fashion. In the film, two halves of the same dancing figure—red, symbolizing passion, and white, spirituality—step out of a Renaissance painting and move through space and time as if in a dream. The two halves search for each other and converge, finally, into one single being.

In the fall of 2020 Wei will return once more to install his exhibition, Painting in Motion. The artist has taken over the Museum’s three temporary exhibition spaces. The Hostetter Gallery with recent paintings and documentation about his choreography, while Calderwood Hall and the Fenway Gallery will serve as screening rooms for the artist’s films. Finally, Shen Wei has reimagined a still from Passion Spirit for the Anne H. Fitzpatrick Façade. 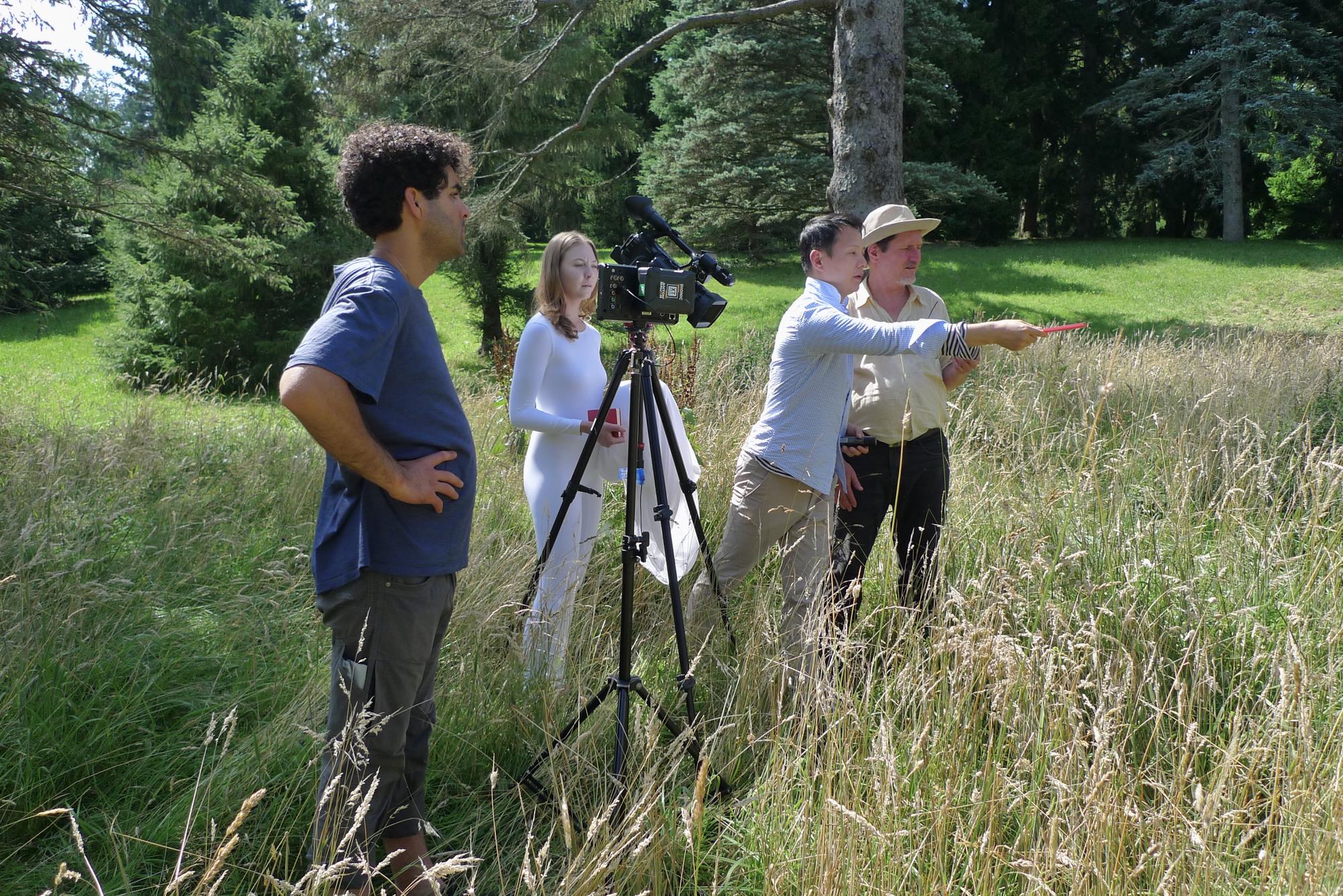 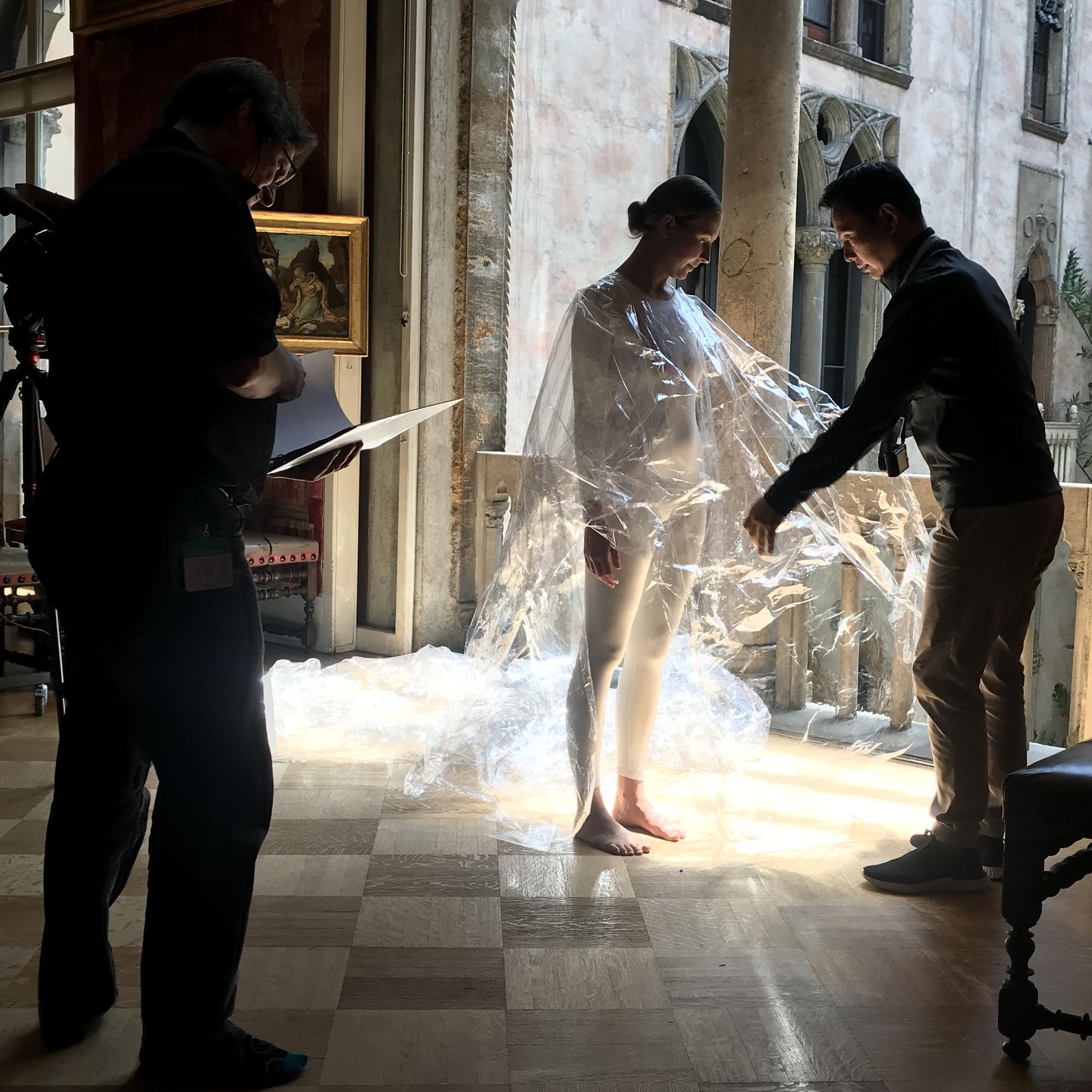 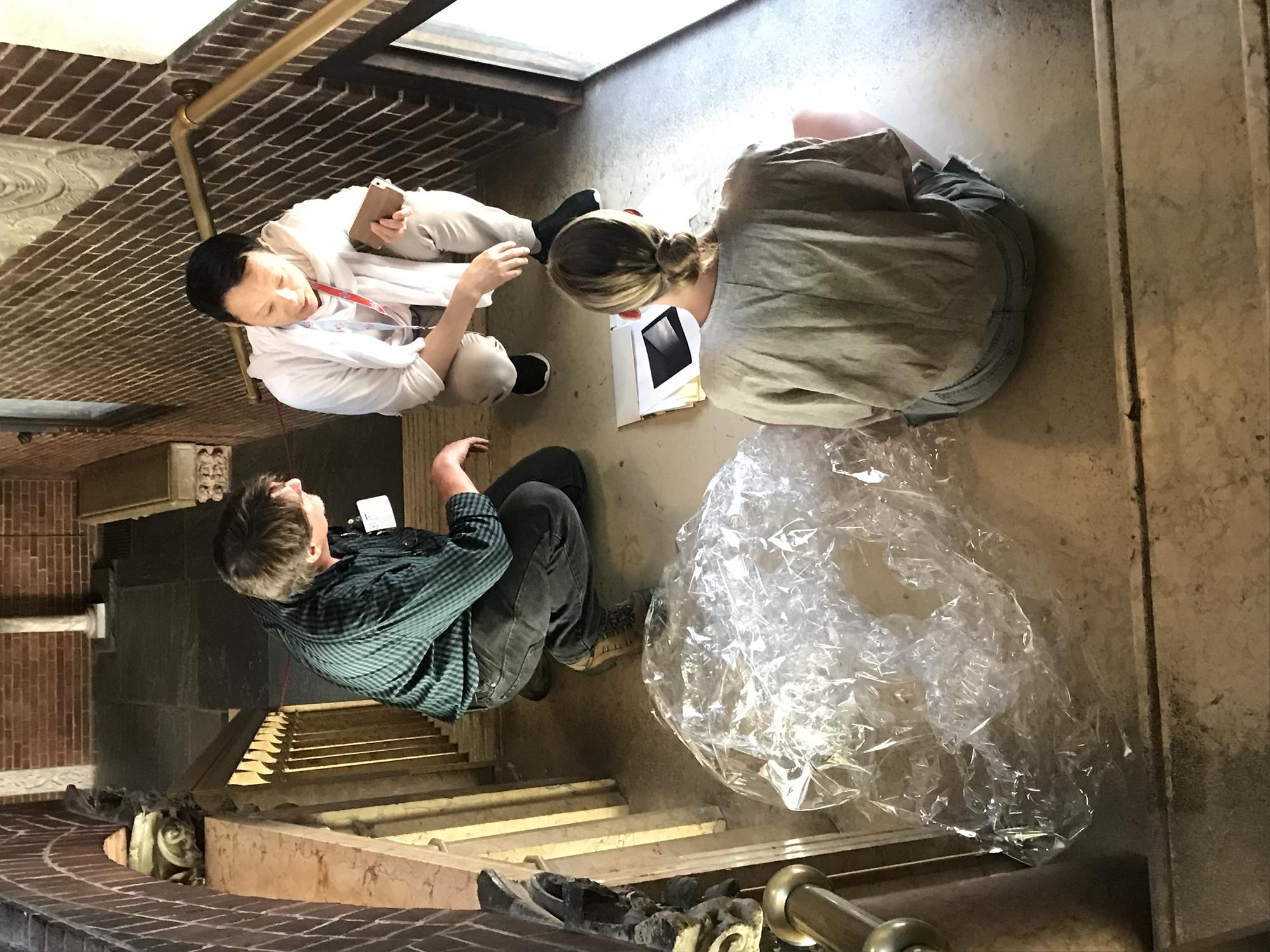 Shen Wei directing at the Arnold Arboretum of Harvard University

Shen Wei and dancer Lilly Balch preparing for a scene in Passion Spirit, 2019

Shen Wei (b. 1968 Hunan Province, China) is widely recognized for his defining vision of an intercultural, interdisciplinary, utterly original mode of movement-based performance. From an early age, Shen trained in the traditional Chinese art forms of ink painting, calligraphy, and Chinese opera. After studying with the Hunan State Xian Opera Company, his interest in modern dance propelled him to move to the Guangdong Dance Academy in Guangzhou with the American Dance Festival. Two years later, he became a founding member of the Guangdong Modern Dance Company, the first company of its kind in China.

In 1994, Shen won first prize for Choreography and Performance from the National Modern Dance Competition in China and was awarded a fellowship. He moved to New York City and studied with the Nikolais/Louis Dance Lab. In 2000, he formed Shen Wei Dance Arts in New York. Admiration for his talent continued to earn Shen Wei numerous awards including a MacArthur “Genius” Award (2007) and the Samuel H. Scripps Award for Lifetime Achievement (2020) from the American Dance Festival.