Discover the allure and significance of one of the world’s most precious metals this fall at the Gardner. Metal of Honor: Gold from Simone Martini to Contemporary Art explores how four artists, of different times and different places, use gold as an artistic strategy for innovation and honor. Works by Simone Martini (c. 1284-1344, Italy), whose novel compositions and masterful techniques were unequaled in Europe and well ahead of his time, are juxtaposed with works by three contemporary painters—Titus Kaphar (b. 1976, US), Stacy Lynn Waddell (b. 1966, US), and Kehinde Wiley (b. 1977, US). These artists reinterpret the style and medium of devotional imagery to explore the meaning of representation, commemoration, and adoration today.

The exhibition features stunning examples of Martini’s skilled manipulation of gold and the sacred symbolism it evokes, including the Gardner’s five-panel altarpiece and its smaller painting, Virgin and Child with Saints. These pieces are the first two works by the artist in the United States, a testament to our founder’s pioneering tastes. A new film explores goldwork techniques used in Martini’s time and today.

Just as Martini did for his sacred subjects, these three contemporary painters turn to gold in the portraits to elevate and honor the Black men and women they depict. The exhibition features two later works from Kaphar’s The Jerome Project, which is continued in the Fenway Gallery with works from the original 2014-15 series, three works from Wiley’s ICONIC series, and three figurative works by Waddell, who will also be featured on the Museum’s Anne H. Fitzpatrick Façade. 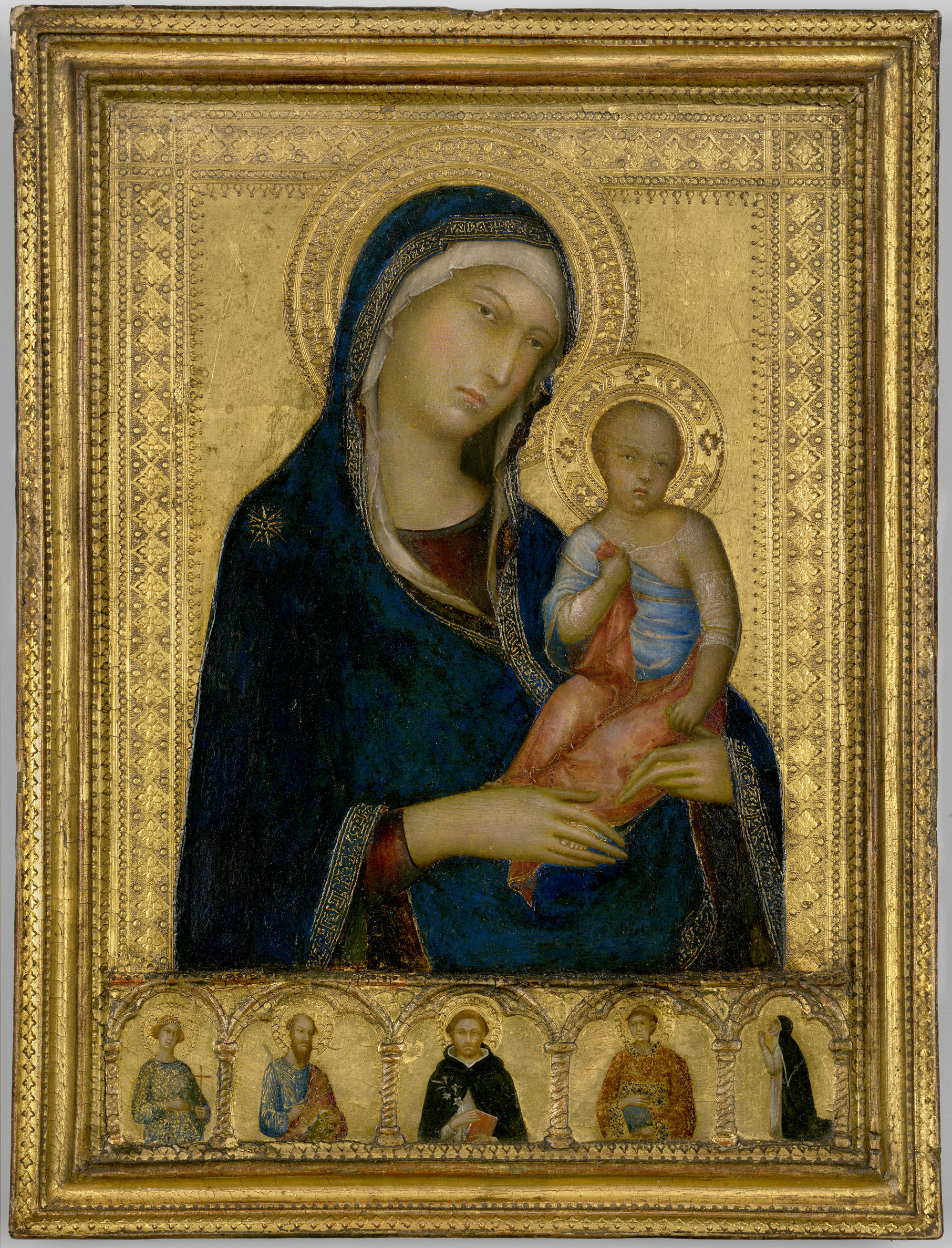 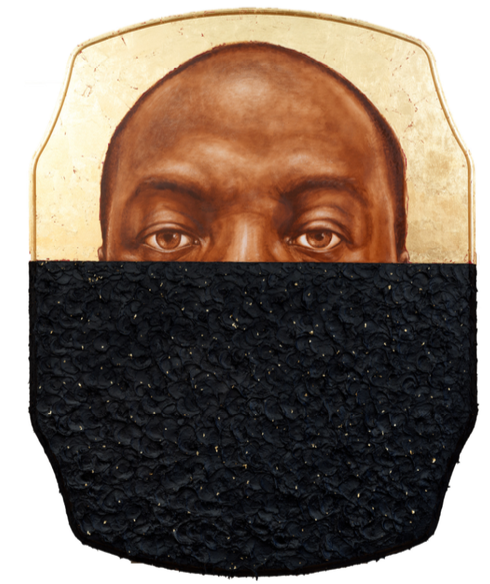 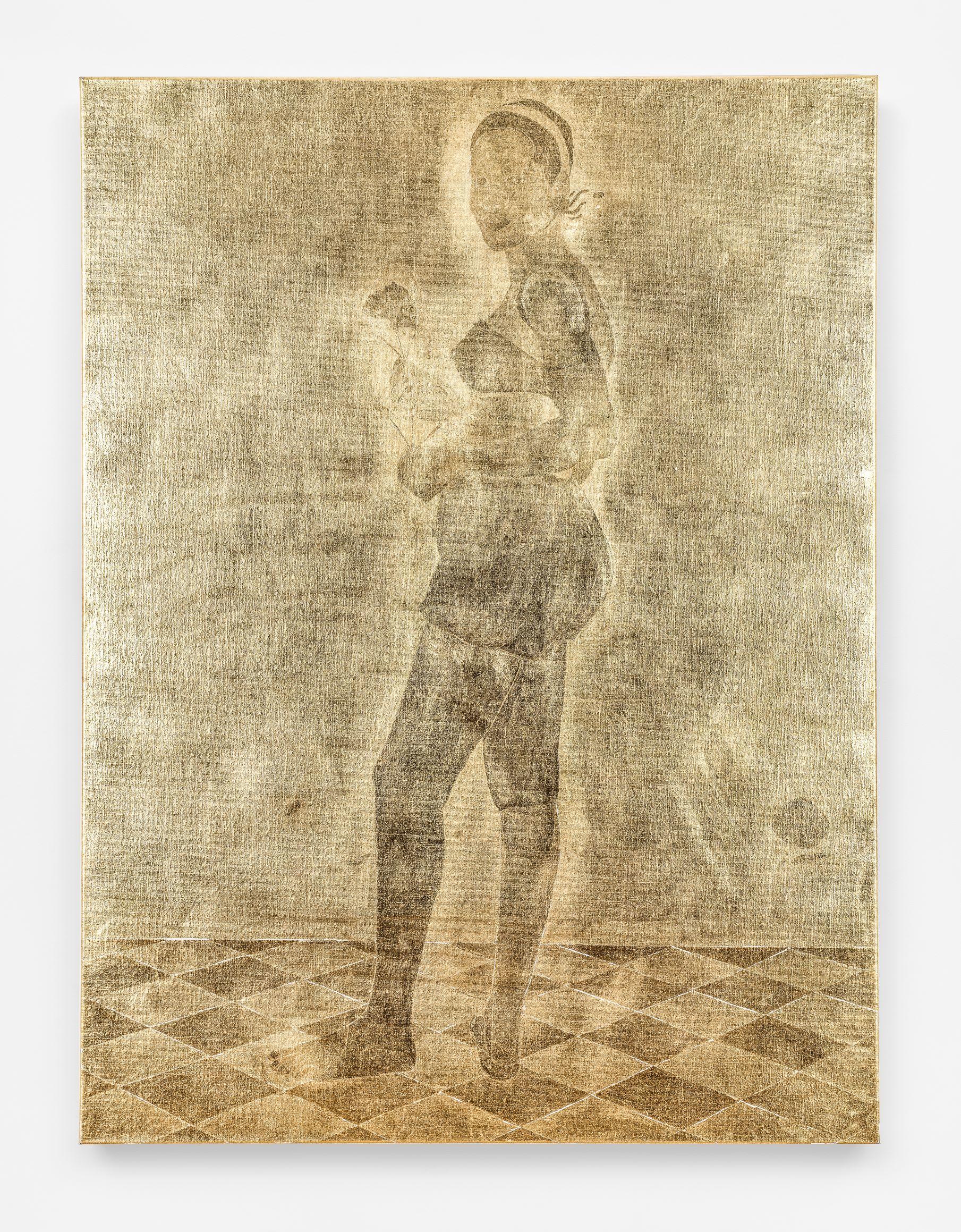 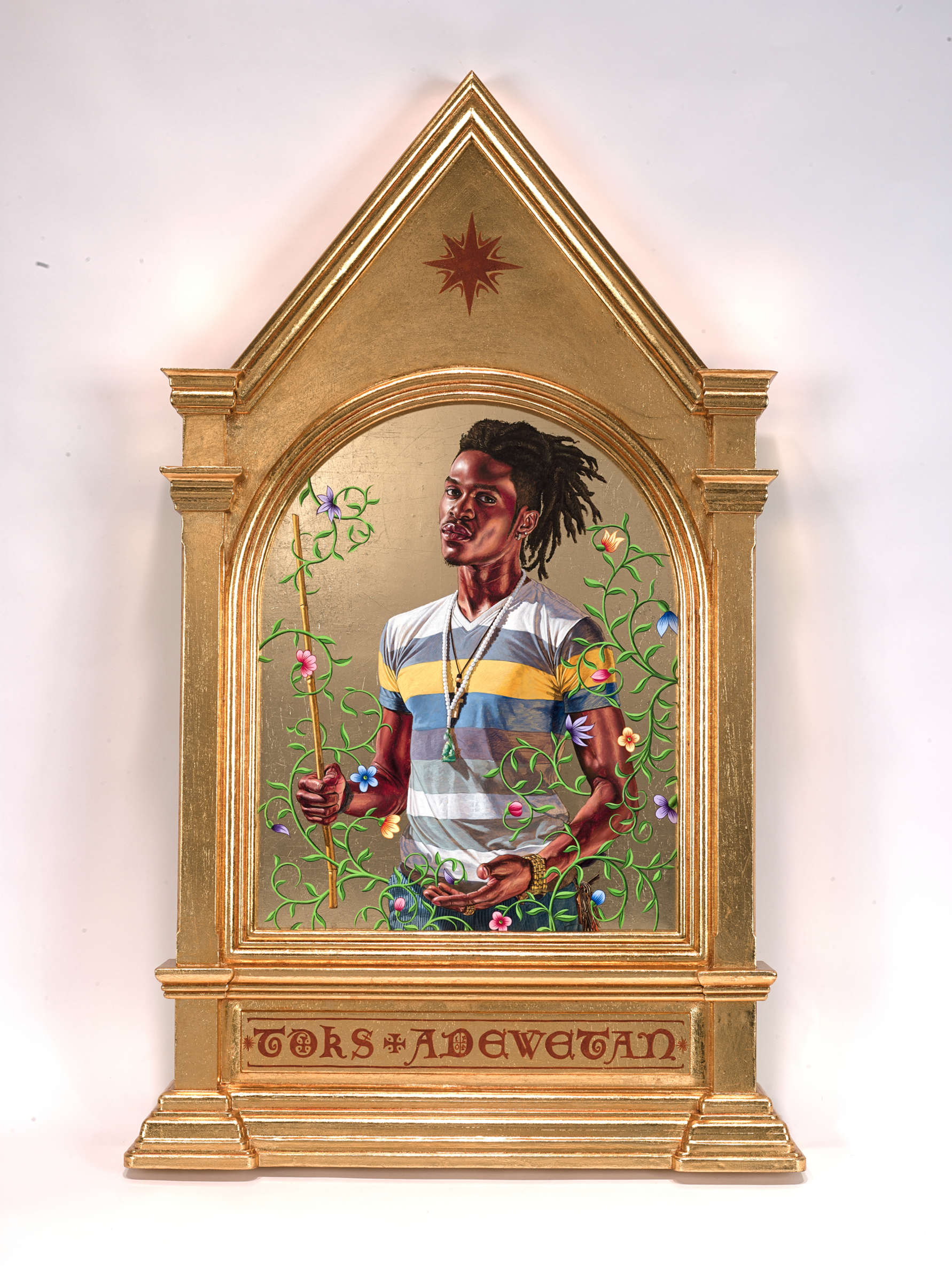 
Simone Martini (c. 1284-1344, Italy) An international celebrity in the first half of the fourteenth century, Martini cultivated an unsurpassed reputation with the international elite of Naples and his native Siena in Italy and Avignon in France. Martini’s paintings, which had a transformative impact on Italian devotional art, display astonishing novelty, in their construction, multimedia techniques, and pioneering imagery. Martini’s altarpiece for the Italian hill town of Orvieto has been in the Gardner Collection since the founding of the museum.

Titus Kaphar (b. 1976, US) makes paintings, sculptures, and installations that examine the history of representation by transforming styles and mediums with formal innovations to emphasize the physicality and dimensionality of the canvas, panel, and materials themselves. Kaphar lives and works in New Haven, Connecticut, where he established the arts residency program NXTHVN in 2017. He received an MFA from Yale University and was the distinguished recipient of a 2018 MacArthur Fellowship, as well as numerous other prizes and awards.

Stacy Lynn Waddell (b. 1966, US) is an artist whose practice explores economic, political and social structures, and her works address the authorship and idealism of art historical narratives. She is a recipient of a Joan Mitchell Foundation Painters and Sculptors Grant, an Artist-in-Residence at Joan Mitchell Center (New Orleans), Queen Space (New York) and currently at Isabella Stewart Gardner Museum. In Fall 2022, Waddell will be in Italy to install A Moon For A Sun at Sala1 in Rome, Italy and to take up residency in Umbria as the Civitella Ranieri Foundation Fellow.

Kehinde Wiley Kehinde Wiley (b. 1977, US) is best known for his monumental portraits that feature African American sitters in the settings of European paintings from the fourteenth to the eighteenth centuries. In 2017, he was commissioned to paint the portrait of former president Barack Obama for the Smithsonian National Portrait Gallery, a work that received wide critical acclaim. As a gay Black man, Wiley has deliberately repositioned Black male bodies, challenging societal stereotypes of violence or aggression with images emphasizing their vulnerability and sensuality.

This publication is available at Gift at the Gardner.

This fall, join us for a suite of programs exploring these artists’ techniques, the history of gold mining and its use as an artists’ medium, incarceration and creativity, and more. Explore our Calendar to learn more.

Additional support is provided by an endowment grant from the Mellon Foundation and the National Endowment for the Humanities.

The Museum receives operating support from the Massachusetts Cultural Council, which is supported by the state of Massachusetts and the National Endowment for the Arts.