Read about the incredible story of resilience and rebuilding behind this unique glass cup reminiscent of Isabella’s favorite city.

Isabella Stewart Gardner’s favorite place to travel to was Venice, a city that has inspired generations of artists and writers. She visited it more times than any other city, and even attended the inaugural Venice Biennale in 1895—an event that will celebrate its 59th anniversary on April 23. Her fondness for the canal city reflects itself in the architecture of the Courtyard and the galleries she curated. She collected works by Venetian artists and displayed paintings, drawings, and photographs of her beloved Venice throughout the Museum.

One of the objects Isabella exhibited in the Macknight Room is a glass vessel that is part of one of the remarkable stories of Venetian architectural history.

A Cup Inspired By The Campanile

This glass cup has quite an extraordinary story of how it ended up in Isabella’s collection. One of Venice’s most recognizable buildings is the bell tower in Saint Mark’s Square—the Campanile. Originally dating to the ninth century, the structure was rebuilt and renovated many times, finally taking on its familiar appearance in the sixteenth century. Lightning strikes, earthquakes, fires, and storms plagued the tallest building in Venice over the centuries. However, it remained an important part of the city’s identity inspiring numerous artists. 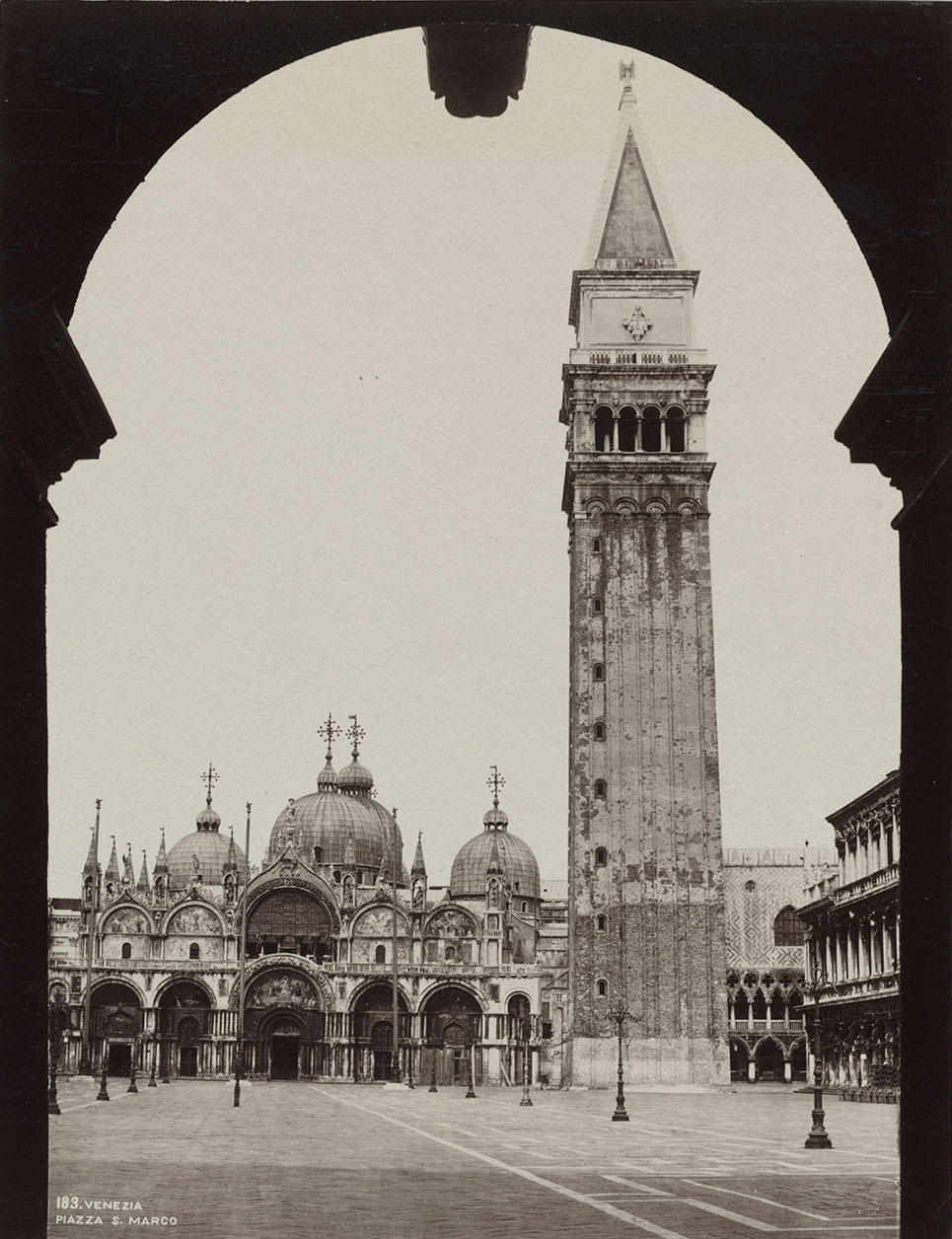 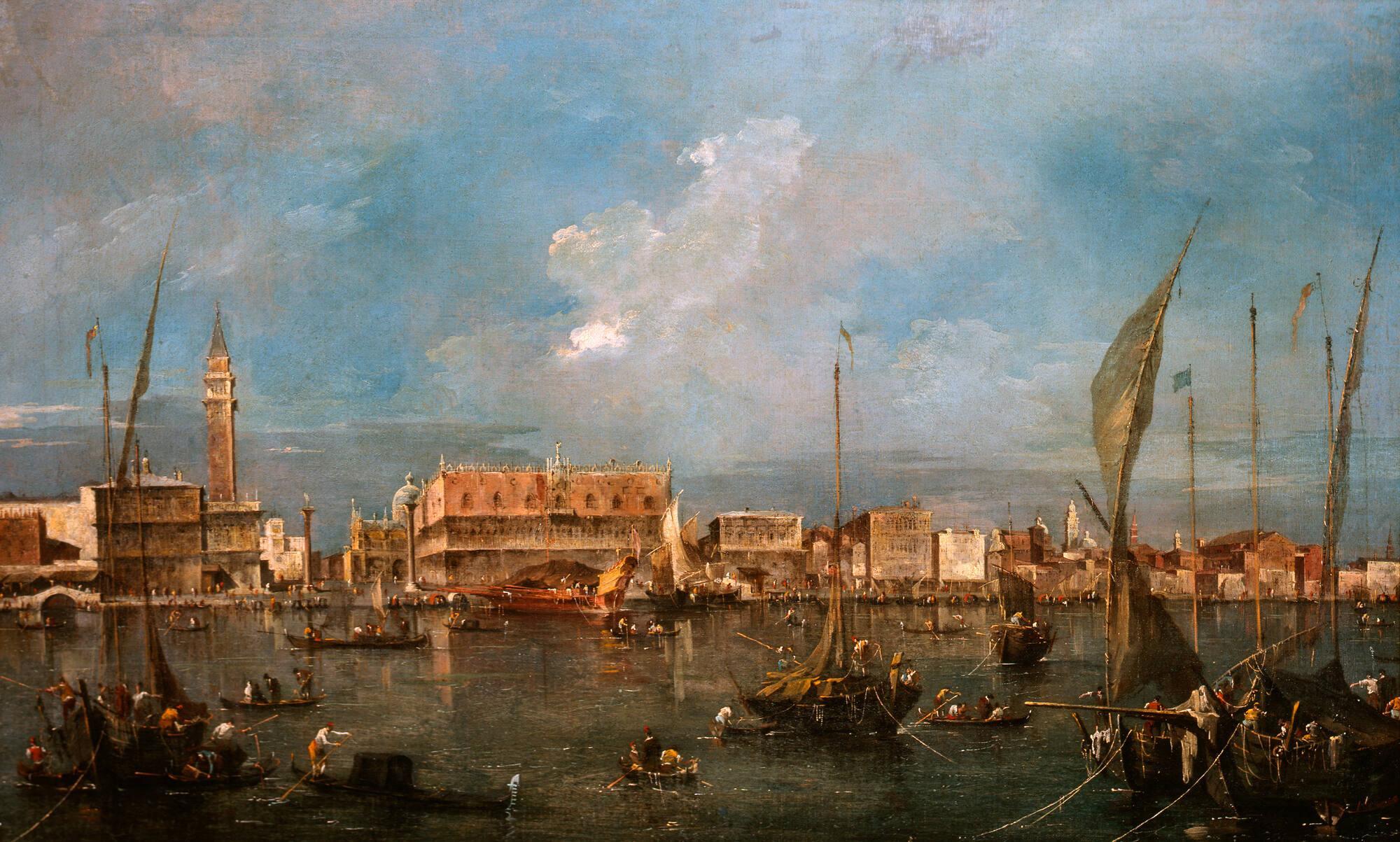 In the late nineteenth century, engineers and architects discovered structural damage to the base of the building. While workmen were repairing the roof in the summer of 1902, cracks in the building appeared. On July 14, Saint Mark’s Square was evacuated and less than thirty minutes later the building collapsed. Citizens and tourists alike were shocked and saddened.

When the debris was cleared following the collapse, workmen found a damaged, but not shattered, fifteenth century Venetian glass goblet. This remarkable find—sometimes called the “Campanile Cup”—was a sign of resilience for the city.

Undefeated by the loss of the iconic building, the Communal Council of Venice voted to rebuild the Campanile exactly as it was. Ten years later, the city inaugurated the new tower on April 25, 1912. Venetian glass companies sold replicas of the “Campanile Cup” to commemorate the day.

Isabella’s friend Mary Curtis attended the inauguration and gave Isabella one of the copied cups as a memento. Isabella kept the cup in her bedroom and later displayed it in the Macknight Room, which she used as a sitting room towards the end of her life. It surely gave her great pleasure to be surrounded by this reminder of the resilience of her favorite city—Venice.

From Venice to the Fenway: Architectural Elements of the Courtyard