Isabella and the Dante Society

Though this year marks the 700th anniversary of Dante’s death, his presence is still felt throughout the Gardner. Read on to learn more about how the poet’s works influenced Isabella’s collection.

Dear Mrs. Gardner, the next Dante reading will be on Friday of this week, here in my study, at the usual hour.

In 1878, Isabella began attending a series of lectures by Charles Eliot Norton. Norton, a professor of History of Fine Arts at Harvard, had wide-ranging interests—one being the study of Dante Alighieri’s long Italian narrative poem, the Divine Comedy. Isabella took meticulous notes on his lectures in art history, and many of her purchases can be traced back to the knowledge and inspiration she gained from Norton. 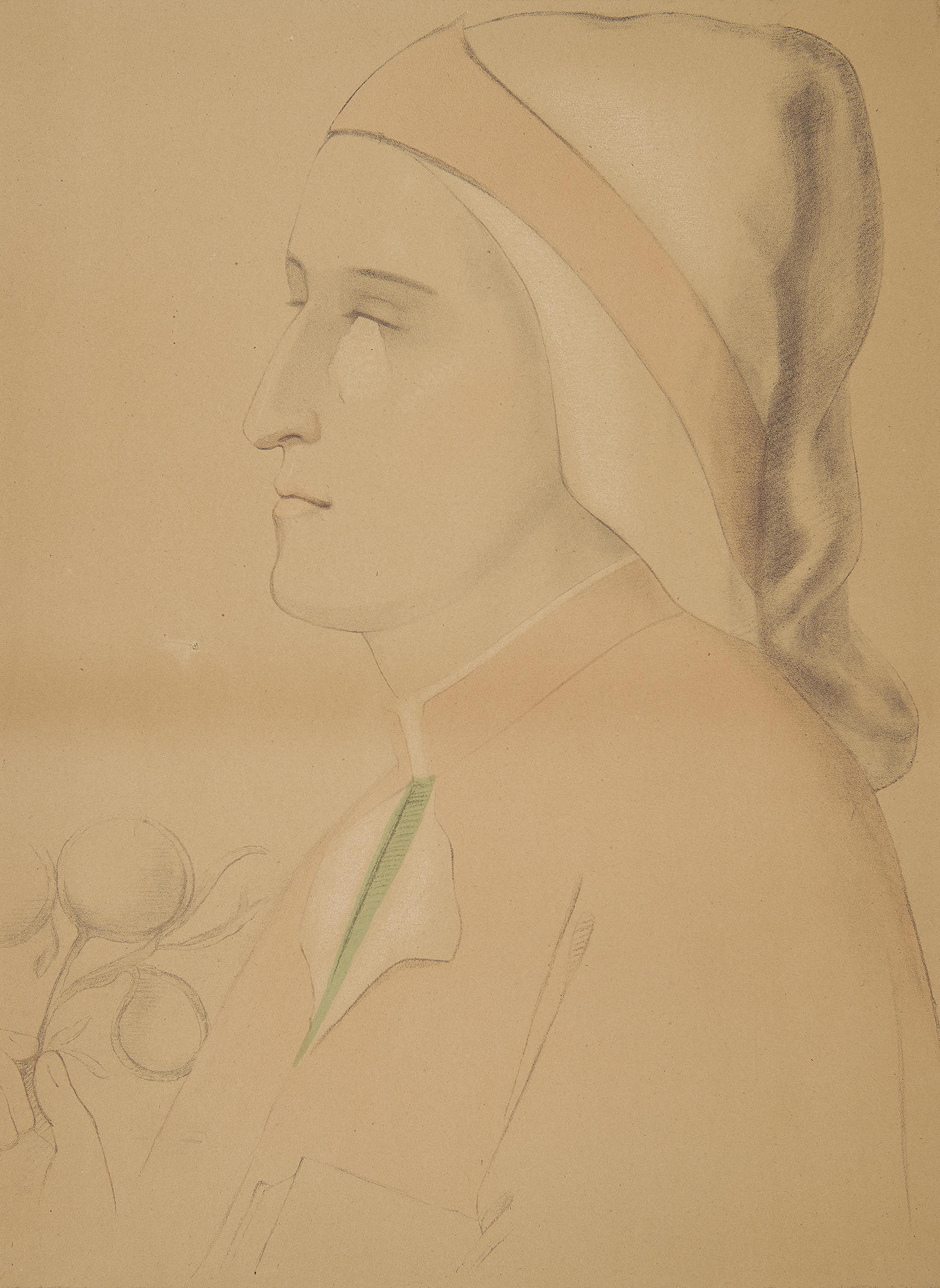 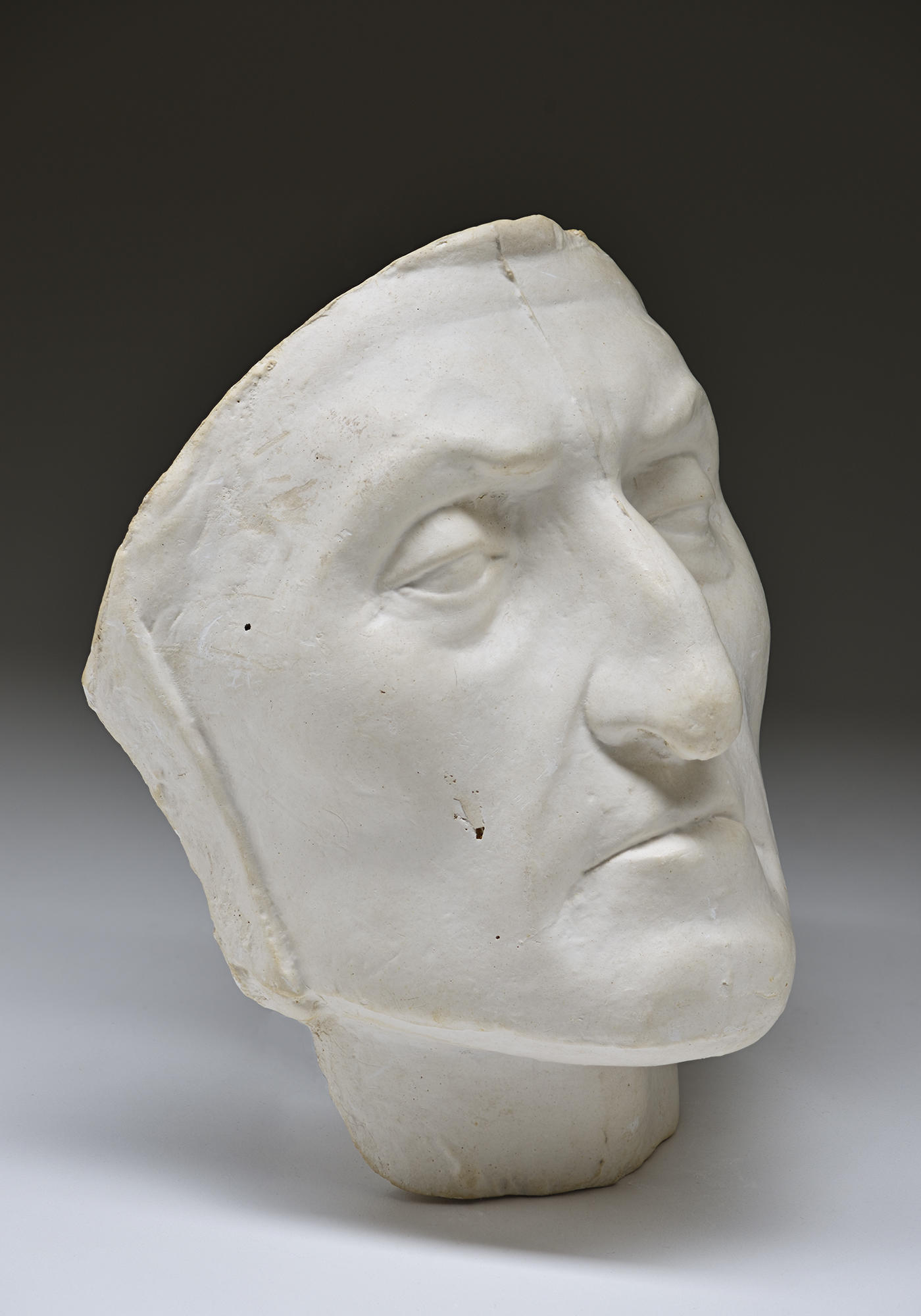 During the late 19th century, interest in Dante was growing in America, particularly around Boston. In 1881, Norton, along with poets Henry Wadsworth Longfellow and James Russell Lowell, created the Dante Society out of Longfellow’s home in Cambridge. What began as a book club between friends grew into a society examining the culture, life, and works of Dante Alighieri. The Society, which continues to this day, is one of the oldest scholarly societies in North America. The Society encouraged American collectors to purchase rare copies of the Divine Comedy and make them available to academics in the United States. Isabella was more than willing to take up the mantle of rare book collector, acquiring thirteen editions of the poem throughout her lifetime.

She joined the Society around 1888, most likely because of Norton. The previous year, she anonymously supported the publication of the Concordance of the Divina Comedia by E. A. Fay, a work that the Society was particularly proud of. A letter from Fay to Isabella acknowledges how grateful the Society was for her generosity, writing: “...you will share my feeling that by rendering this service to the Dante students of the future we are doing something to repay the debt of gratitude we owe to the scholars of the past who have done so much to assist us in our study of the divine poet.” 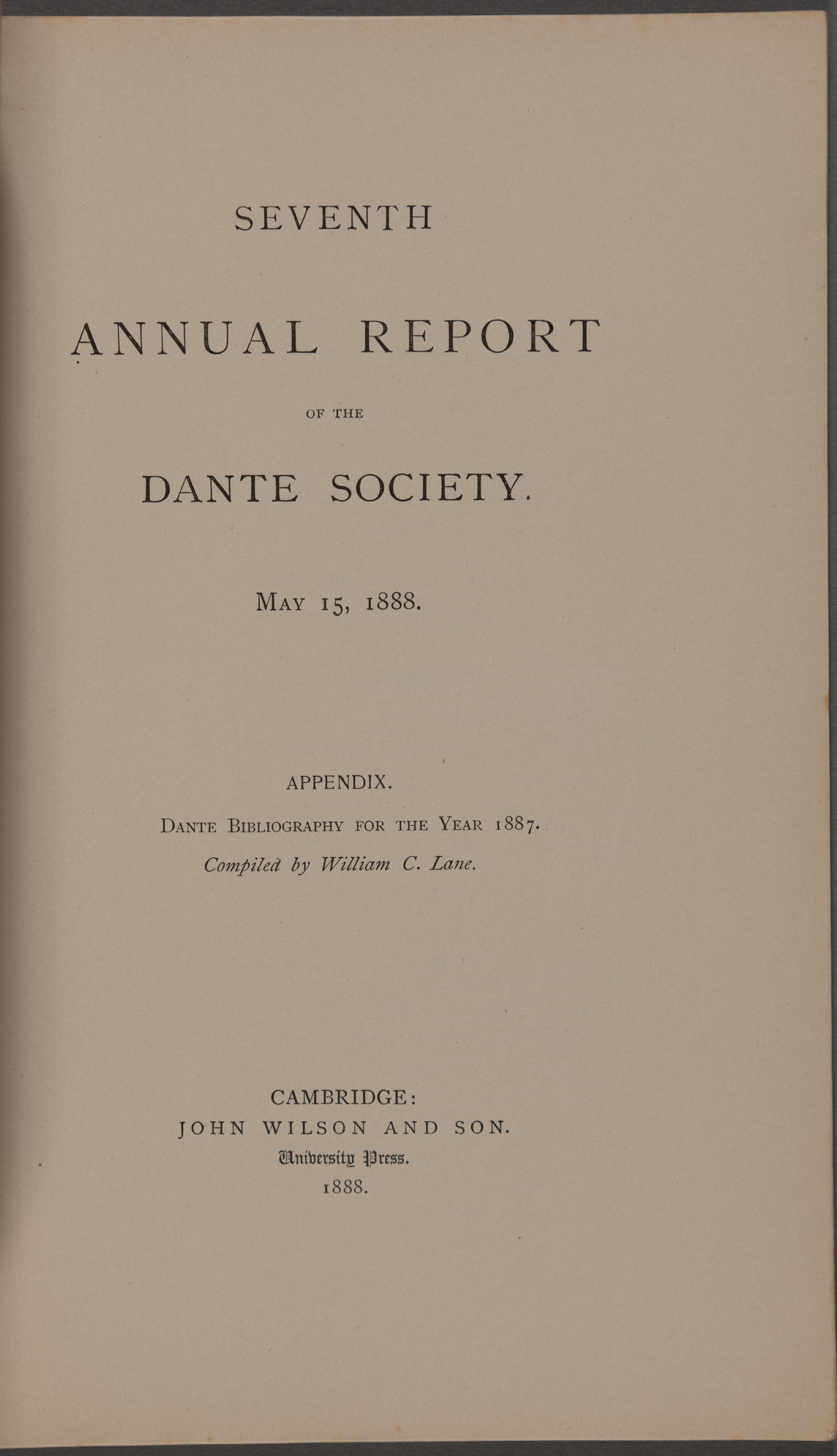 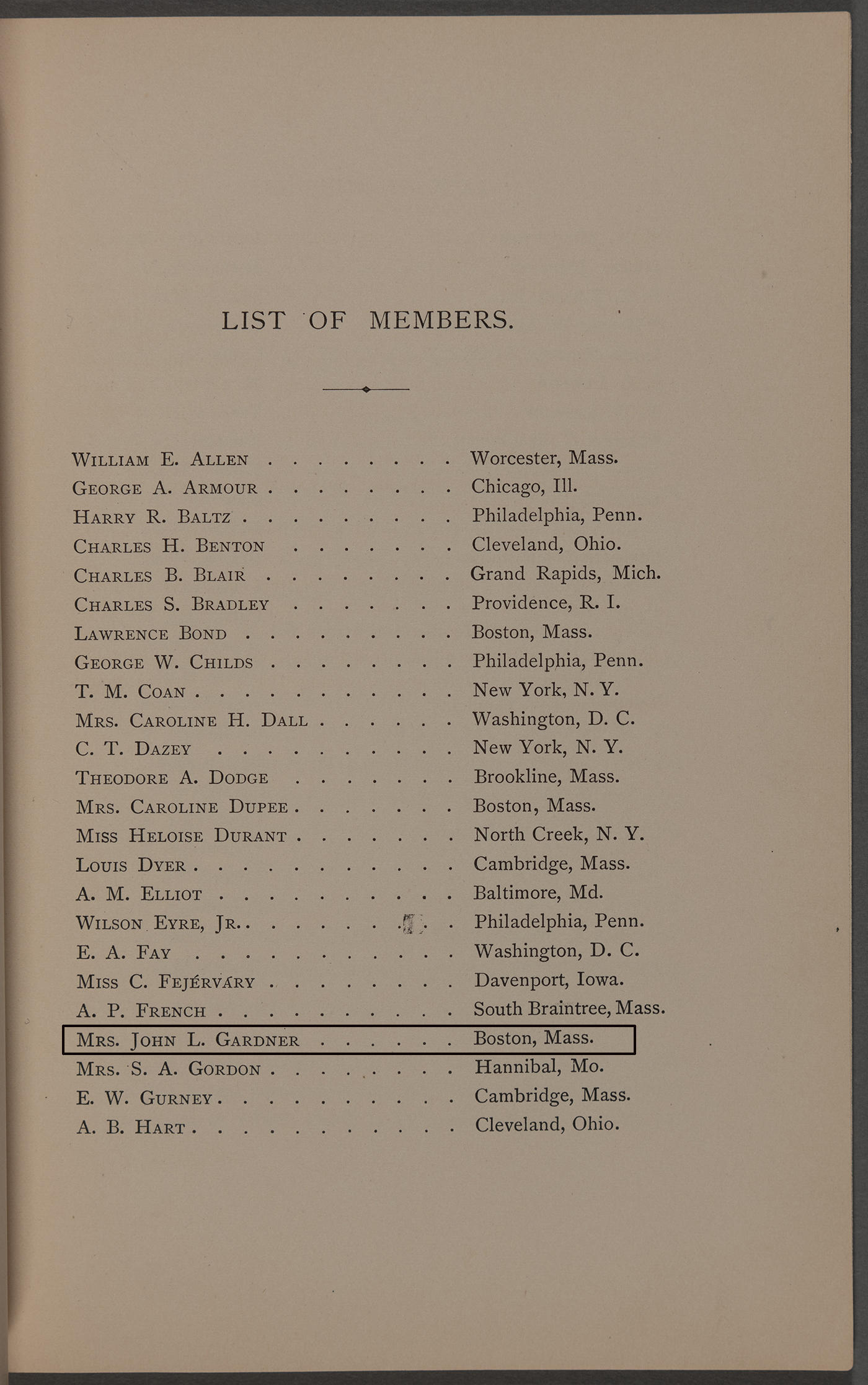 Norton became a trusted advisor to Isabella and encouraged her to purchase two copies of the Divine Comedy, the first pair of several works by Dante to enter the collection. The copy from 1481 (acquired by Isabella in 1887) is particularly notable, because it features engravings of Botticelli’s first attempt to illustrate the Divine Comedy. She would go on to collect several paintings by Botticelli, including The Story of Lucretia and Virgin and Child with an Angel.

Isabella’s fascination with Dante is seen peppered throughout the Museum. In the Blue Room, she placed her collection of Dante Society Reports alongside works by James Russell Lowell, Henry Wadsworth Longfellow, and Charles Eliot Norton, highlighting how important the Society was in her choice of objects in the Museum. Isabella selected the Long Gallery for her collection of copies of the Divine Comedy, placing them in the Dante Case, a display filled with early Italian authors.

While Isabella began as a student of Dante, she quickly became a savvy collector and contributor to the burgeoning study of the poet in America. Collecting copies of Dante and other rare manuscripts was the gateway that led to her collection of the magnificent paintings, sculptures, and rare books we enjoy in the Museum today.

Isabella and the Pope