Isabella attended the unveiling of the Civil War Memorial to Robert Gould Shaw and the 54th Massachusetts Regiment in 1897, continuing her patronage of its sculptor, Augustus Saint-Gaudens.

On Memorial Day, 1897, Isabella Stewart Gardner attended the unveiling of the Civil War Memorial to Robert Gould Shaw and the 54th Massachusetts Regiment on the Boston Common.

The bronze relief had been commissioned 14 years earlier from sculptor Augustus Saint-Gaudens in honor of Colonel Shaw and was one of the first regiments composed of enlisted Black soldiers. It was formed in 1863, after the Emancipation Proclamation was signed by President Abraham Lincoln. The Boston-born Shaw and 76 of his men were killed at the Second Battle of Fort Wagner in Charleston, South Carolina.

Isabella became acquainted with Augustus Saint-Gaudens about ten years before the unveiling of the memorial, when she purchased his medal depicting their mutual friend, the painter John Singer Sargent. In the following years, she acquired a medal of illustrator Mildred Howells and a winged foot that became the basis for her bookplate design. She also acquired two etchings depicting Saint-Gaudens from another member of their creative circle, artist Anders Zorn. 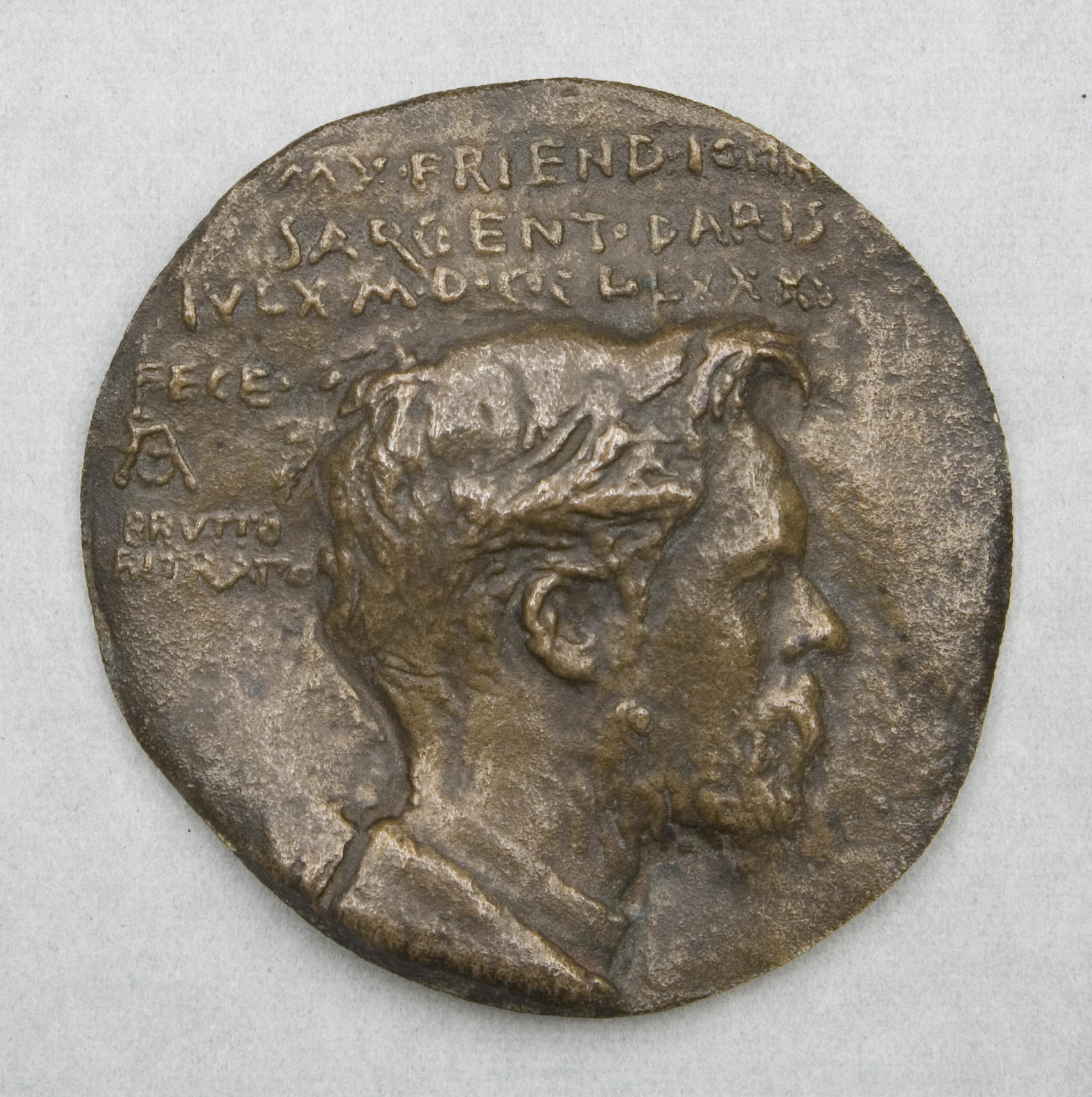 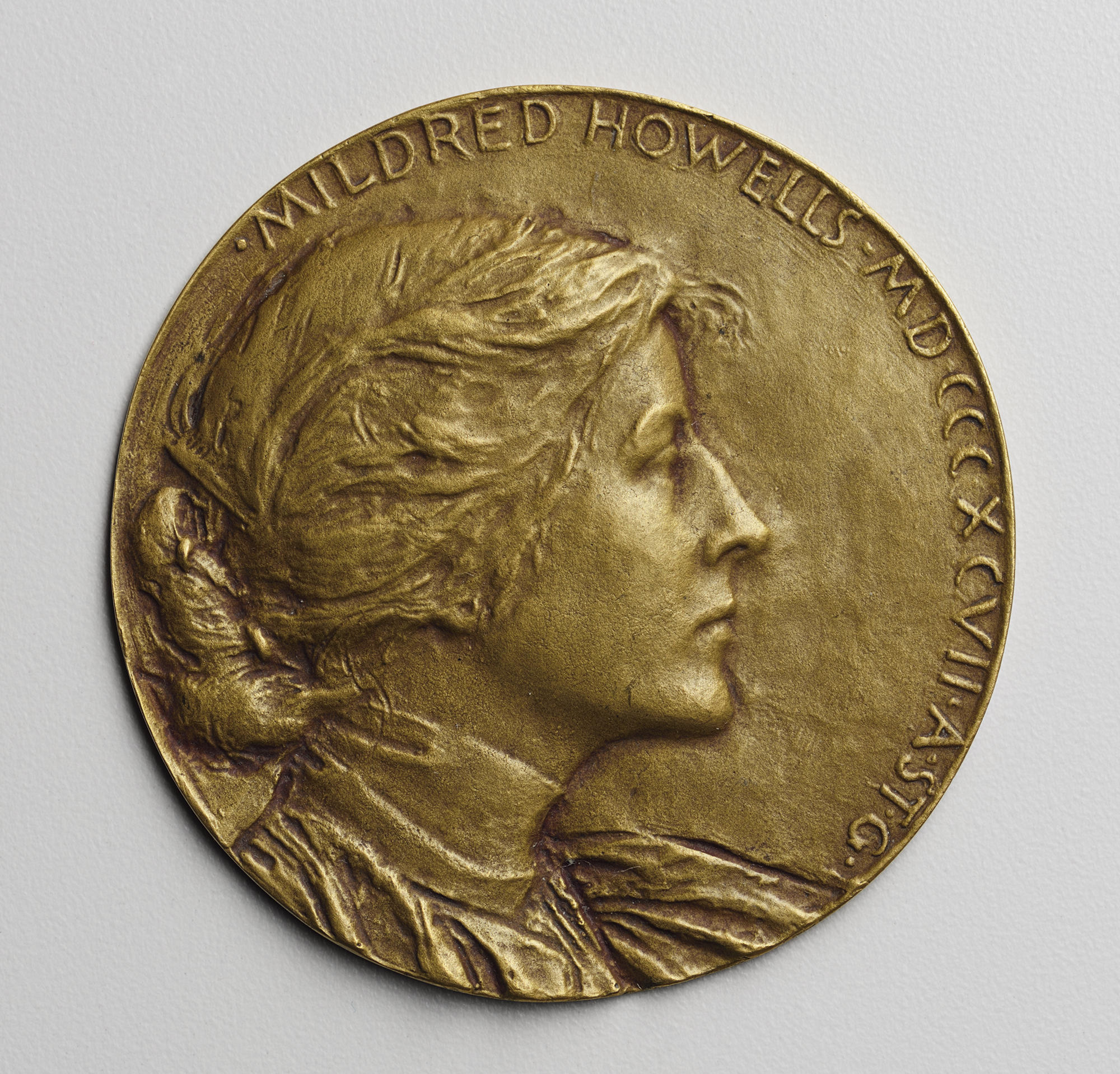 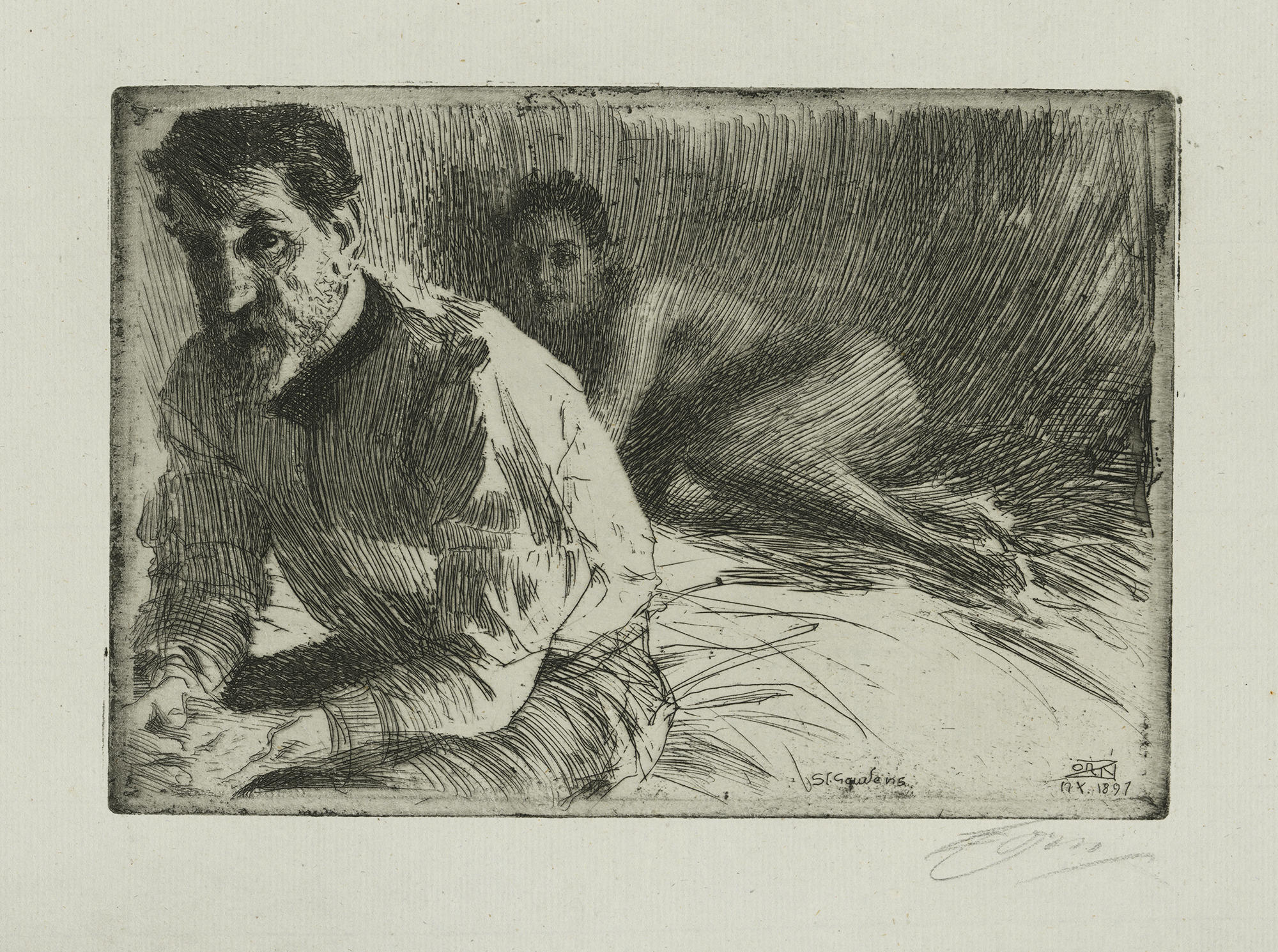 Saint-Gaudens designed the relief with Colonel Shaw on horseback, his men marching beside him, and an angel floating overhead. He used photographs of Colonel Shaw to capture his likeness, but employed over 40 Black models to pose for the soldiers, despite there being widely-available photographs of the men from the 54th Regiment.

The unveiling of the Memorial was well covered in the press. The celebrations began with a parade: over 500 men from the 54th regiment attended, including Sergeant William H. Carney, who would be the first Black man to receive the Congressional Medal of Honor three years later.

Ships in Boston Harbor and a battery of soldiers on the Boston Common fired salutes, and the remaining ceremony was held at the packed Boston Music Hall, now the Orpheum Theater, where a chorus performed the pro-Union civil war song “The Battle Hymn of the Republic,” written by Isabella’s friend, the abolitionist and women’s suffragist, Julia Ward Howe. Booker T. Washington, the founder of the Tuskegee Institute, gave the keynote address:

If through me, a humble representative, nearly 10,000,000 of my people might be permitted to send a message to Massachusetts, to the survivors of the Fifty-fourth Regiment, to the committee whose untiring energy has made this memorial possible, to the family who gave their only boy that we might have life more abundantly, that message would be, tell them that the sacrifice was not in vain…

Boston’s Mayor Josiah Quincy complimented the work of Augustus Saint-Gaudens, and at the mention of the artist’s name the crowd let out three long cheers. Later that evening, Isabella took Saint-Gaudens and his family to the Boston Pops to celebrate. The sculptor signed her guestbook with, “We are going to the Popular Concert which I hugely enjoy—a nervous day, the day of the unveiling of the Shaw.”  Isabella later pasted a picture of the Memorial onto the page.

Saint-Gaudens’s nerves surely recovered the following day, as laudatory headlines appeared in the Boston papers, such as “St. Gaudens’ Work Compared to Michelangelo’s ‘David’ by [Connoisseurs].” Author Henry James, whose two younger brothers had served in the 54th, wrote, “How I rejoice that something really fine is to stand there forever for R.G.S. and all the rest of them. This thing of Saint-Gaudens strikes me as real perfection.”

Today, the Memorial is celebrated as one of the first American public sculptures to portray Black Americans as individualized subjects. It has also drawn criticism. While the names of the white officers killed at the battle were inscribed on the monument, Saint-Gaudens left off the names of the Black soldiers over concerns that they would take up too much space. In 1981-82, during a restoration campaign, this wrong was righted, and the names of the 62 black soldiers who died at the battle were added to the monument.