Bolgi: The First Caretaker and Protector of the Isabella Stewart Gardner Museum

Before the Museum ever opened, it had a protector: Teobaldo “Bolgi” Travi. Learn more about Isabella’s chosen majordomo.

In his 1925 biography of Isabella Stewart Gardner, Morris Carter—the first director of the Museum—described the complexities of constructing the Palace. Dozens of crates of architectural elements, such as marble columns and capitals, arrived from Italy to be incorporated into the new building. Isabella personally supervised their arrangement and quickly found one of the construction workers to be particularly helpful with this process. Carter wrote:

Among the employees of the contractor was Teobaldo Travi, who showed such interest in these materials that had come from his native land and handled them with such affectionate care that Mrs. Gardner gave him official supervision over them…He was soon known to everyone as Bolgi, and…still exercises the same affectionate supervision over Fenway Court [the first name given the museum].

Travi (1863-1944), better known by his nickname Bolgi, was born in Milan, Italy and was living in Dorchester by 1889—as shown by a document that his descendants donated to the Museum.*

He appears in photographs that Isabella took of the construction of the museum (at right, in a black shirt and with an impressive mustache) carefully handling the 12th- or 13th-century Stylobate Lion from Northern Italy. That lion that now supports a column on the edge of the courtyard in the North Cloister. 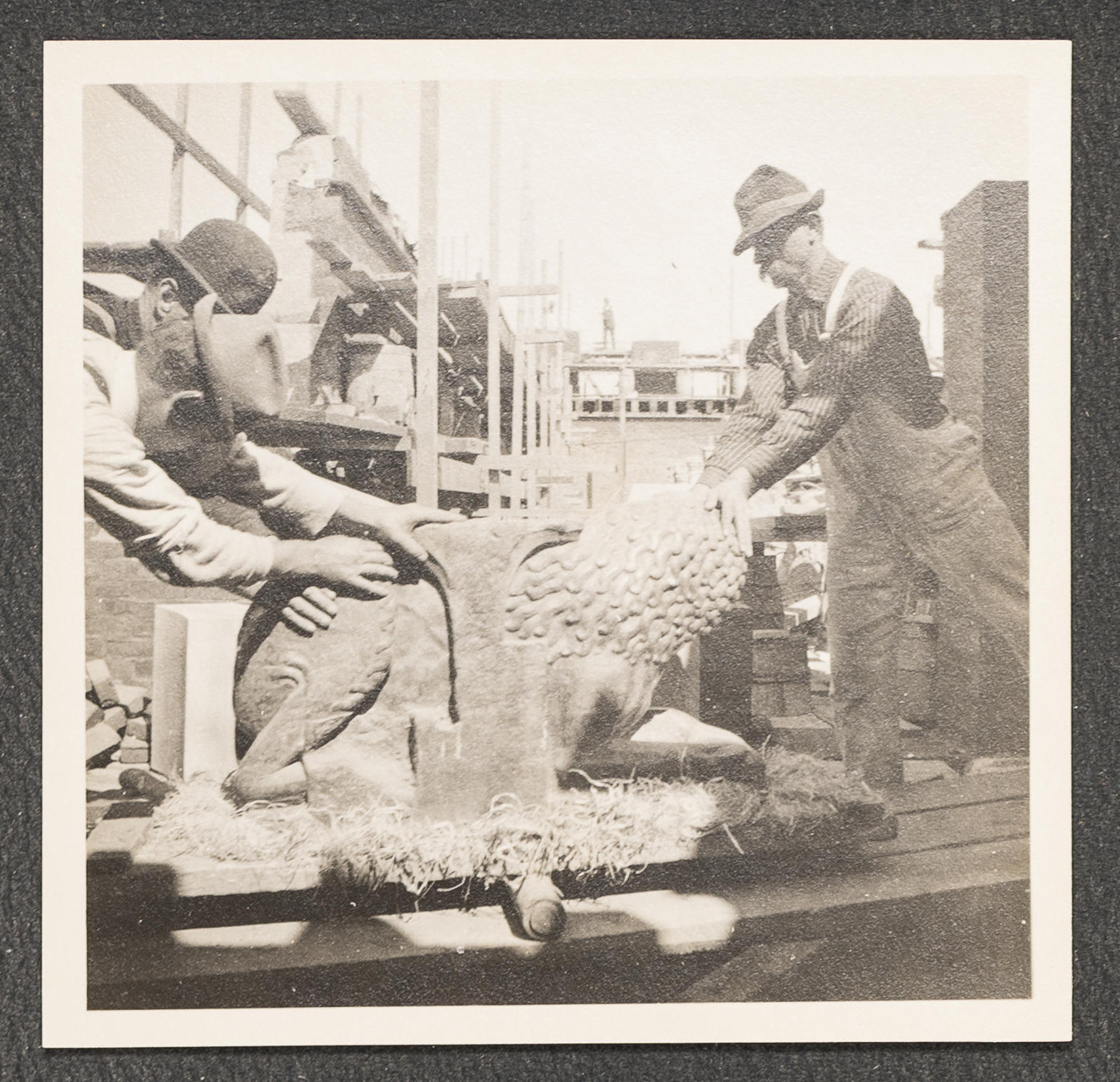 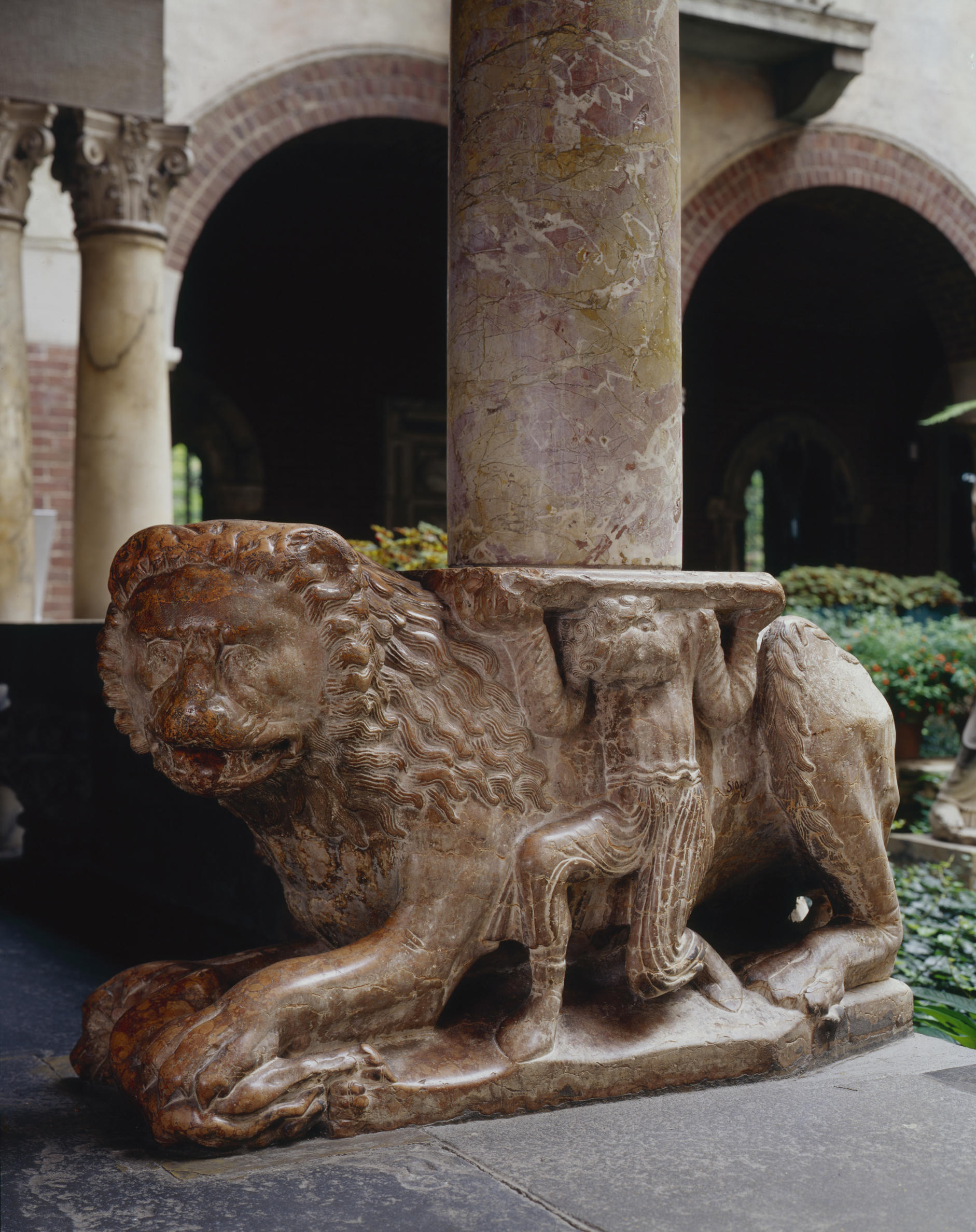 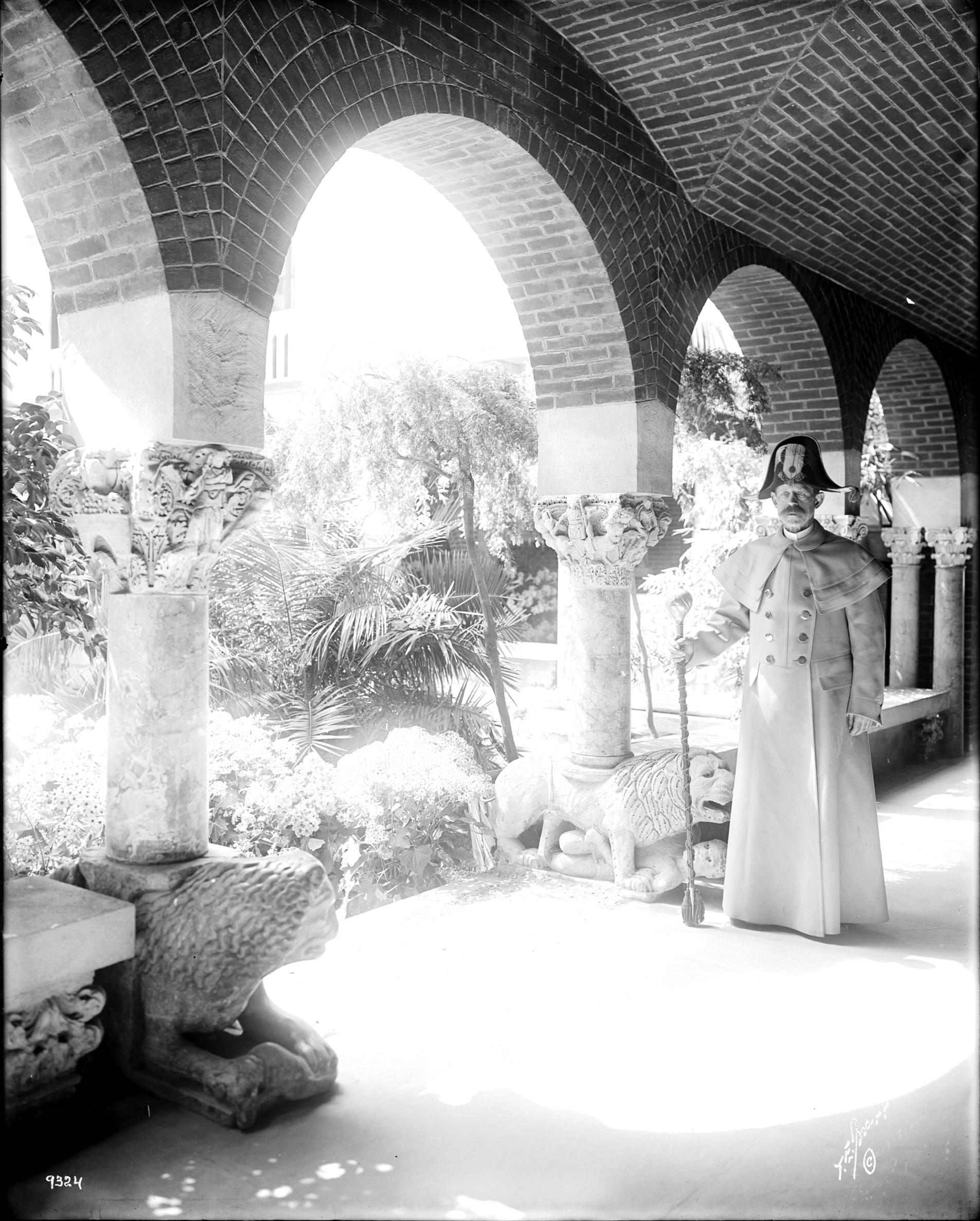 Isabella appointed Bolgi the “majordomo,” or the supervisor of people working in a large household, of the Palace. After her death, he remained the caretaker of the Museum, retiring with a full pension after 41 years of service to the institution. When Bolgi passed away, Carter wrote in a letter to his niece, “Even in his retirement he still seemed so much a part of the Museum …we [have] sustained a very great loss…”

The artist Joseph Lindon Smith (1863-1950), one of Isabella’s close friends, gave Bolgi a particular gift to demonstrate his importance within the Museum. Smith designed a uniform (complete with overcoat) for the majordomo, the sketches for which are preserved in the archive. With a Napoleonic hat and elaborate epaulettes, the uniform resembles ceremonial military garb.

Smith even designed a special staff to go with the uniform.

A photo of Bolgi wearing the overcoat—and holding the staff in a commanding way—shows him standing guard near the ceremonial entrance to the Palace. A dedicated protector, Bolgi always ensured that no harm came to Isabella or any of the works in her collection.

*We are interested in telling more stories about people like Bolgi who helped to build and maintain the Museum. Please email [email protected] if you have any stories or documents related to people who have worked at the Museum over the years.

What happened at the Gardner Museum in the early hours of March 18, 1990—the night that 13 works of art were stolen in the single largest property theft in the world?