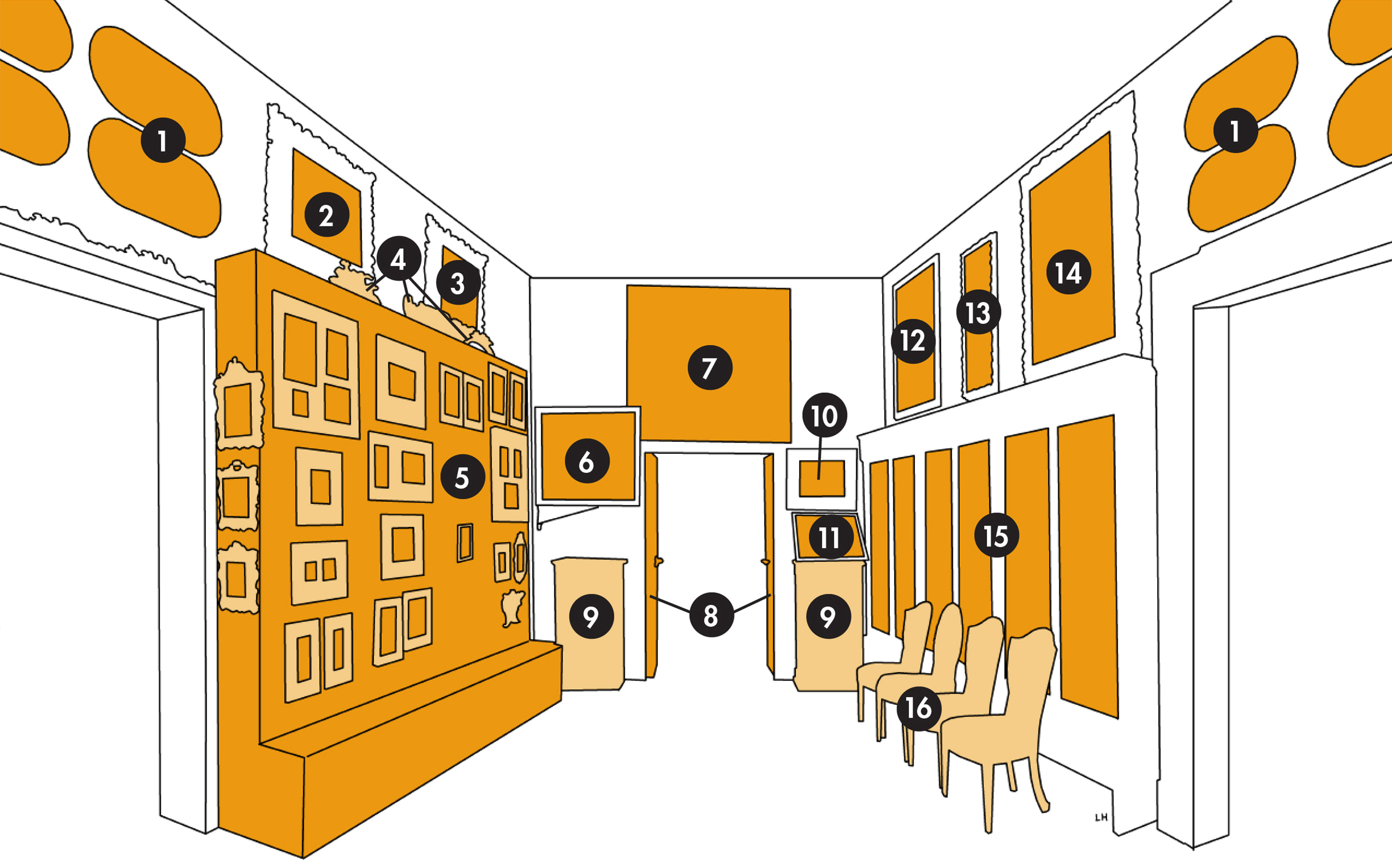 On top of the case:

1. Scenes from the Metamorphoses of Ovid (eight panels).

Designed by Isabella Gardner to contain her European prints and drawings dating from the fifteenth to the twentieth centuries, including works by Bakst, Michelangelo, Raphael, Whistler, and Zorn.

6. Flag of the First Regiment of the Imperial Guard of Napoleon Bonaparte.

10. Ragioni di Stato (For the Good of the Nation),