Afghan prayer rugs from the 1980s inspired Yitzhak's immersive digital animation WarCraft. During the Soviet invasion, women weavers introduced battlefield motifs into their rugs. Yitzhak creates her own war rugs and brings them to life through digital animations. With its explosive soundtrack, WarCraft resembles a violent video game. In Yitzhak's war, there is no victor; the battle rages on in endless loops, reflecting the seemingly endless wars taking place around the world. 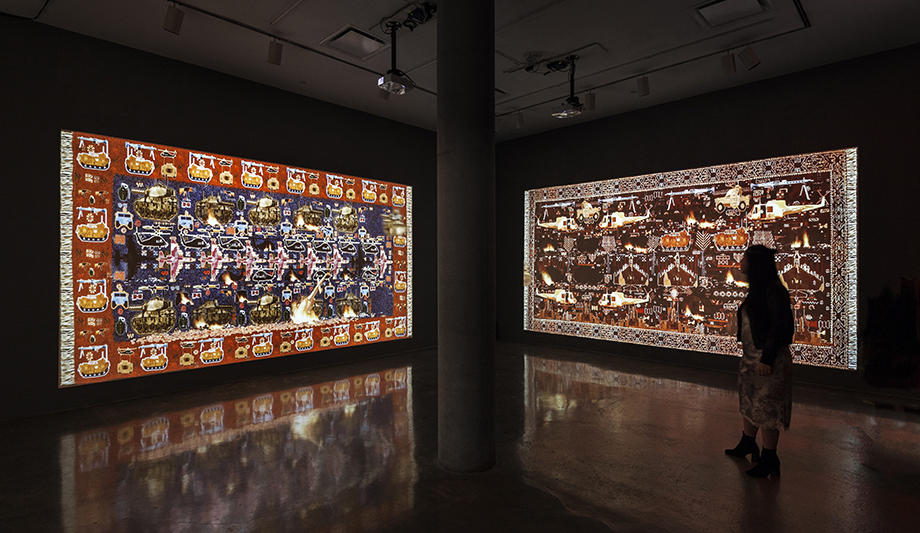 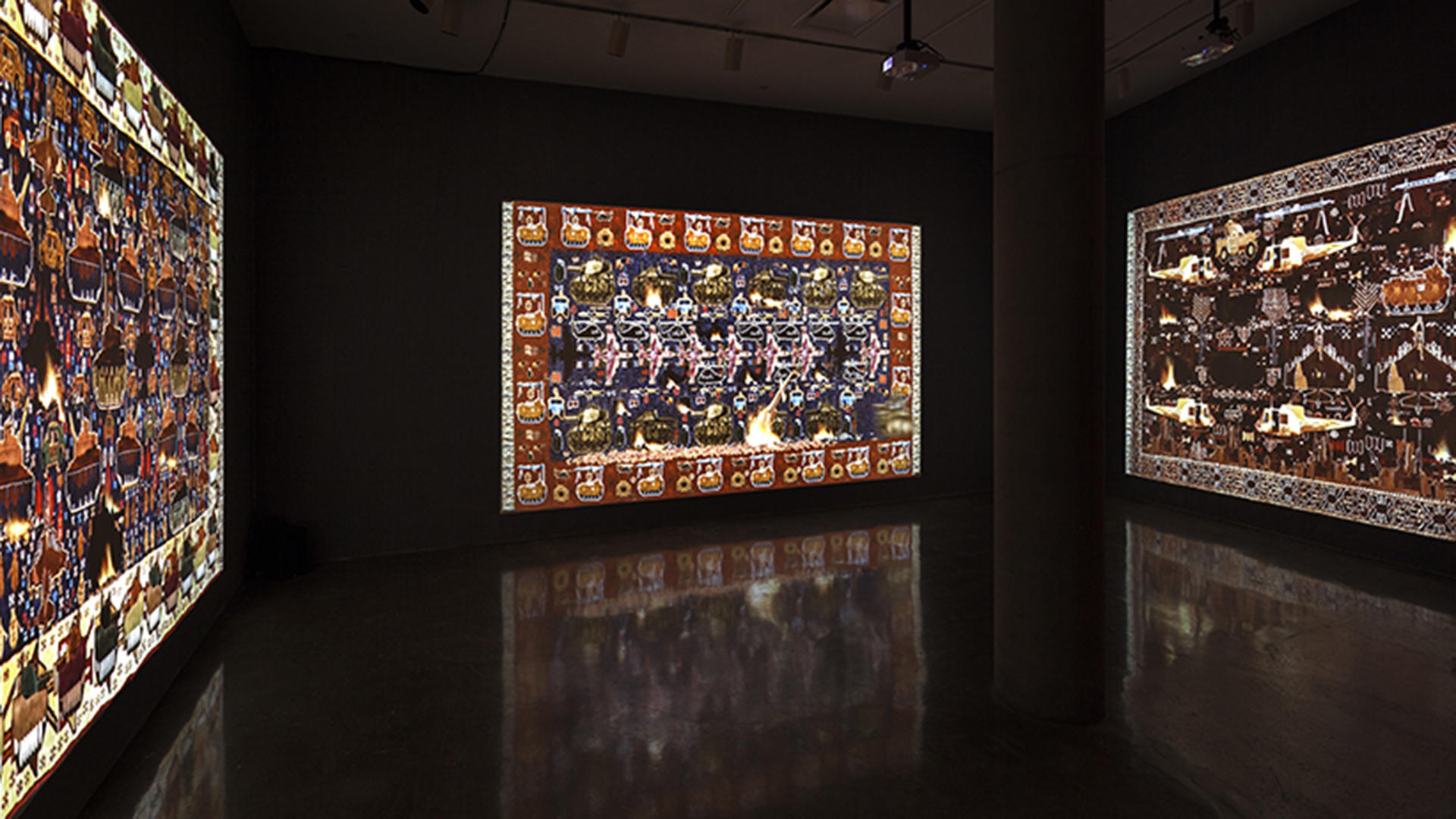 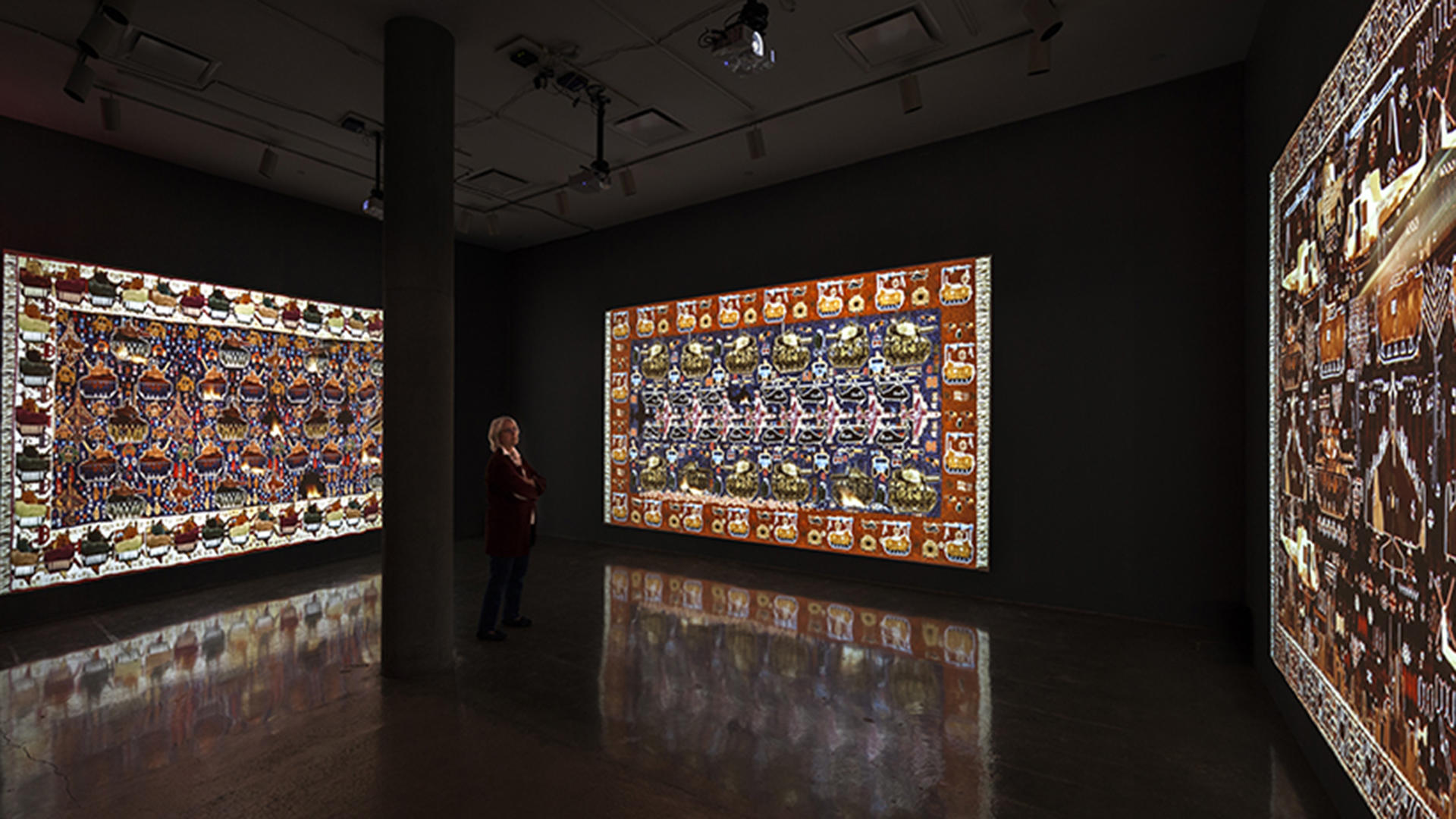 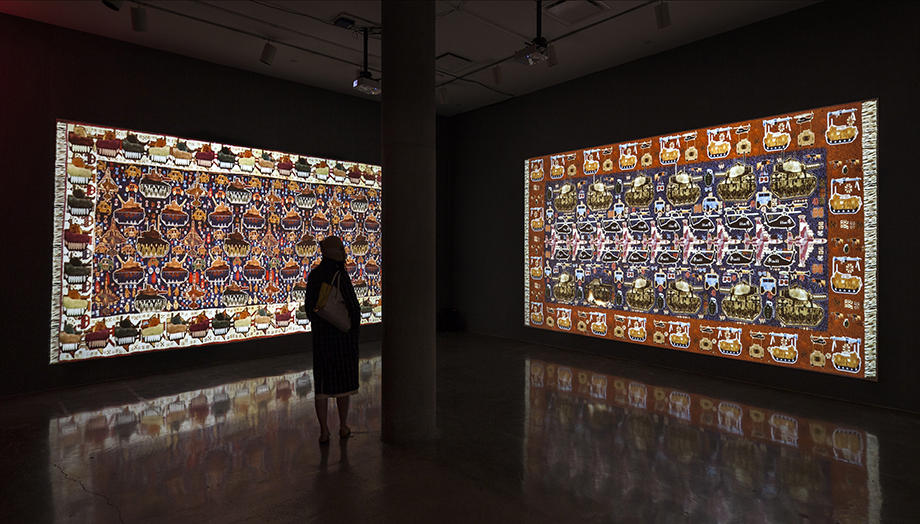 WarCraft is one part of the contemporary exhibition, Common Threads: Weaving Stories Across Time. On view in Hostetter Gallery beginning October 4.

Common Threads: Weaving Stories Across Time is supported in part by Amy and David Abrams, The Coby Foundation, The Andrew W. Mellon Foundation, the Barr Foundation ArtsAmplified Initiative, and the National Endowment for the Humanities. The Museum receives operating support from the Massachusetts Cultural Council, which receives support from the State of Massachusetts and the National Endowment for the Arts.