The Museum invited Peter DiMuro to be its first Choreographer-in-Residence in January 2018. His year-long residency led to the production of new programs, including a dancer-led tour throughout the Museum called The House of Accumulated Beauties, which took place in October 2018. 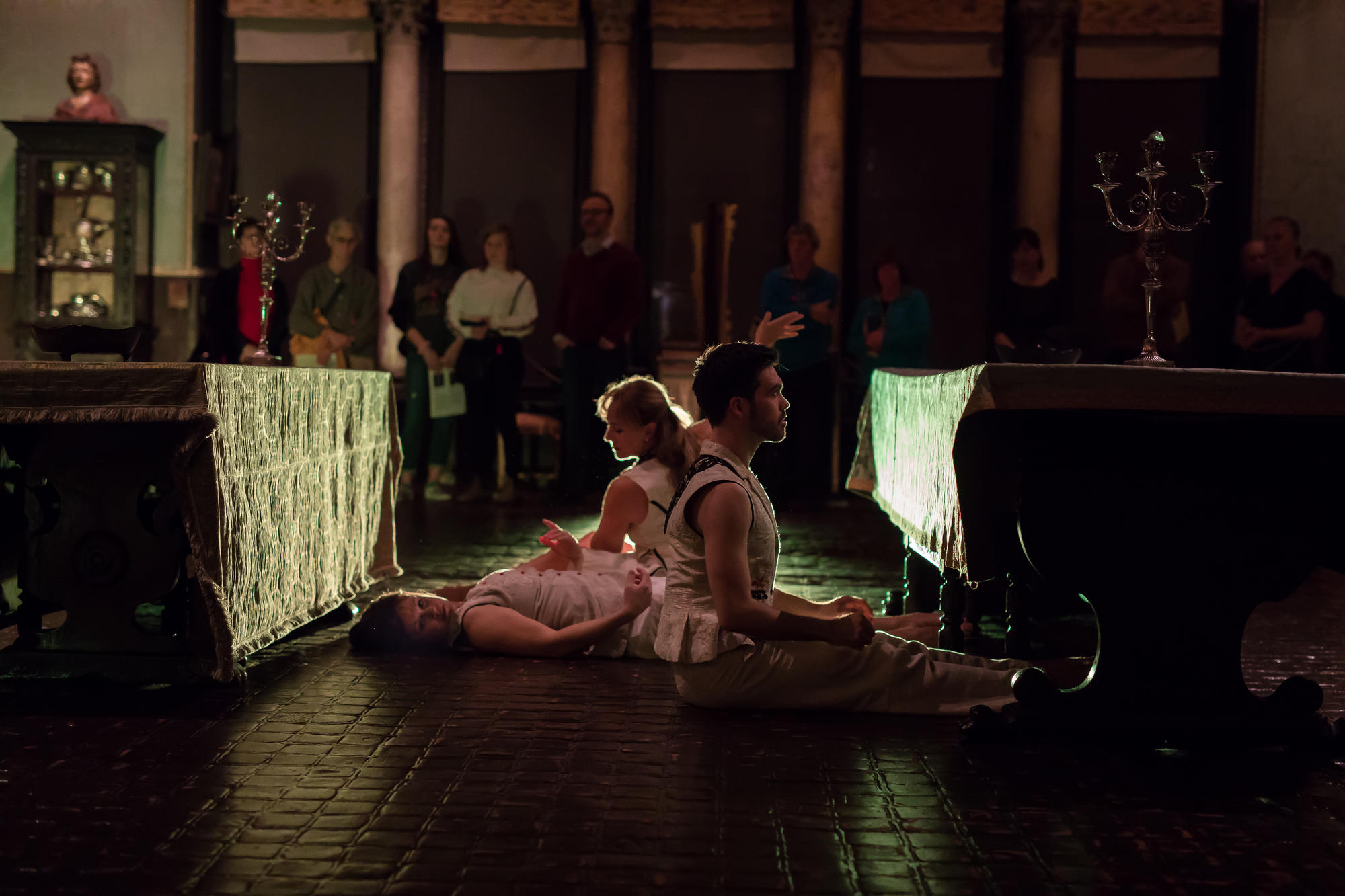 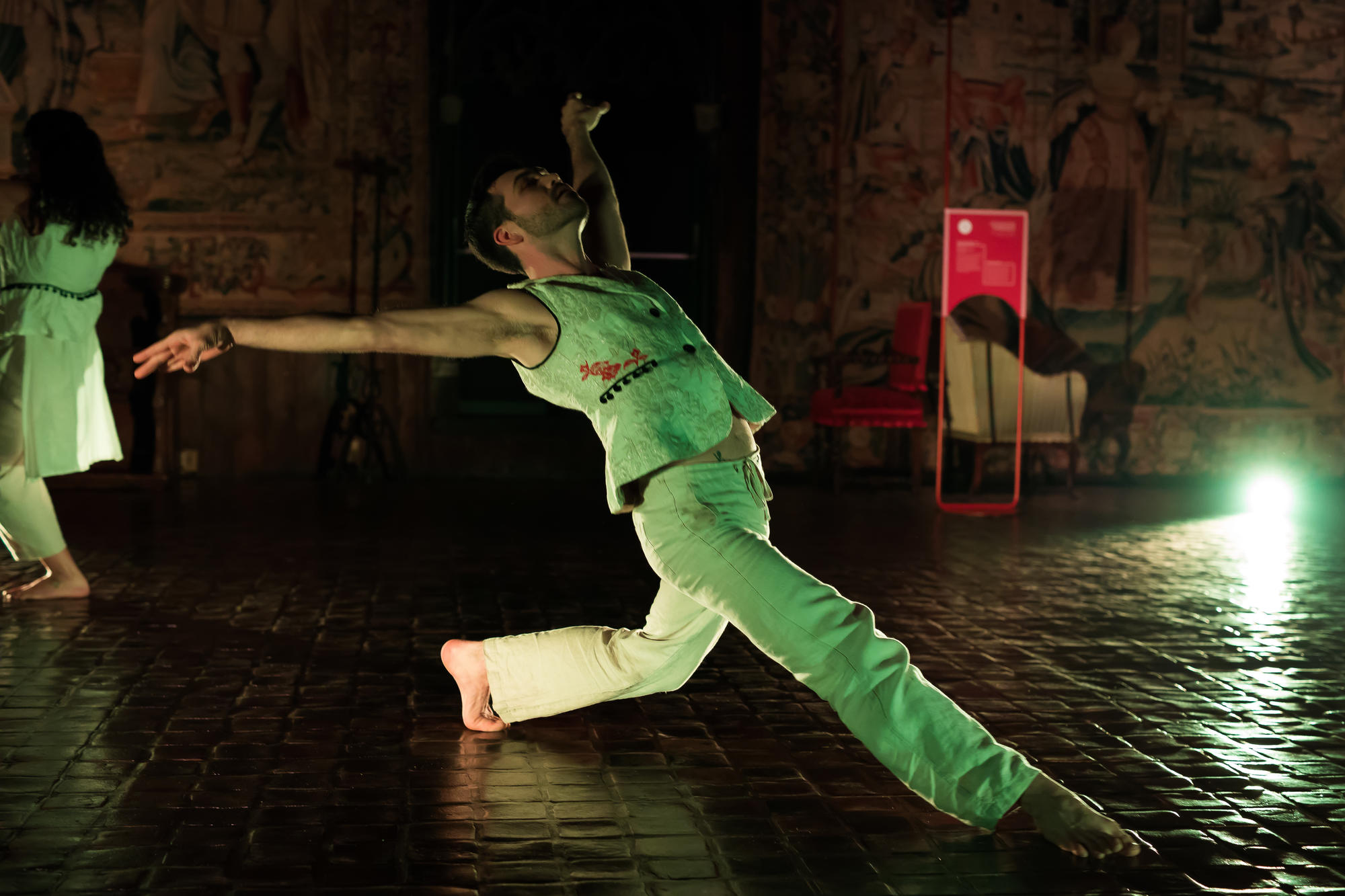 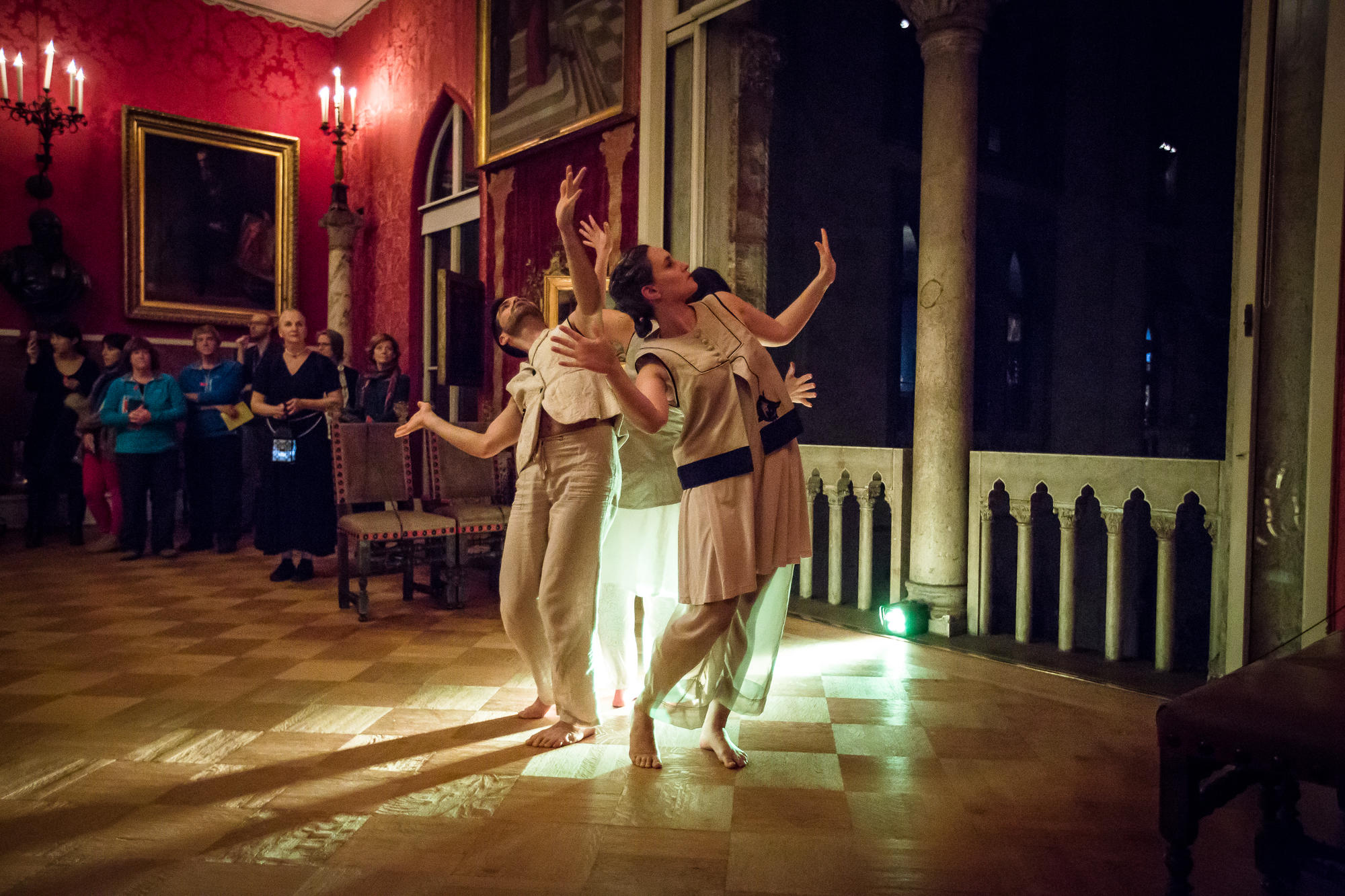 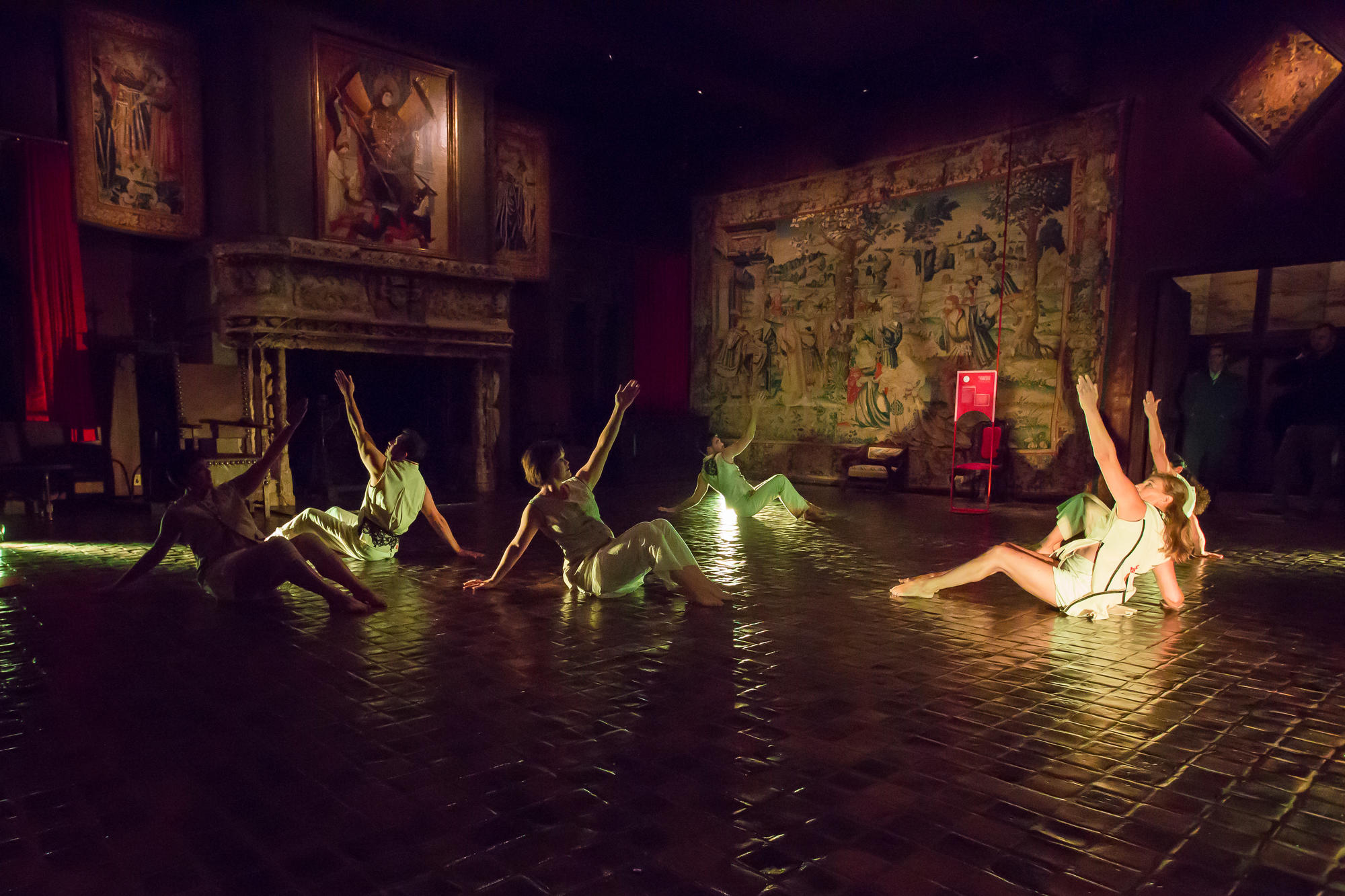 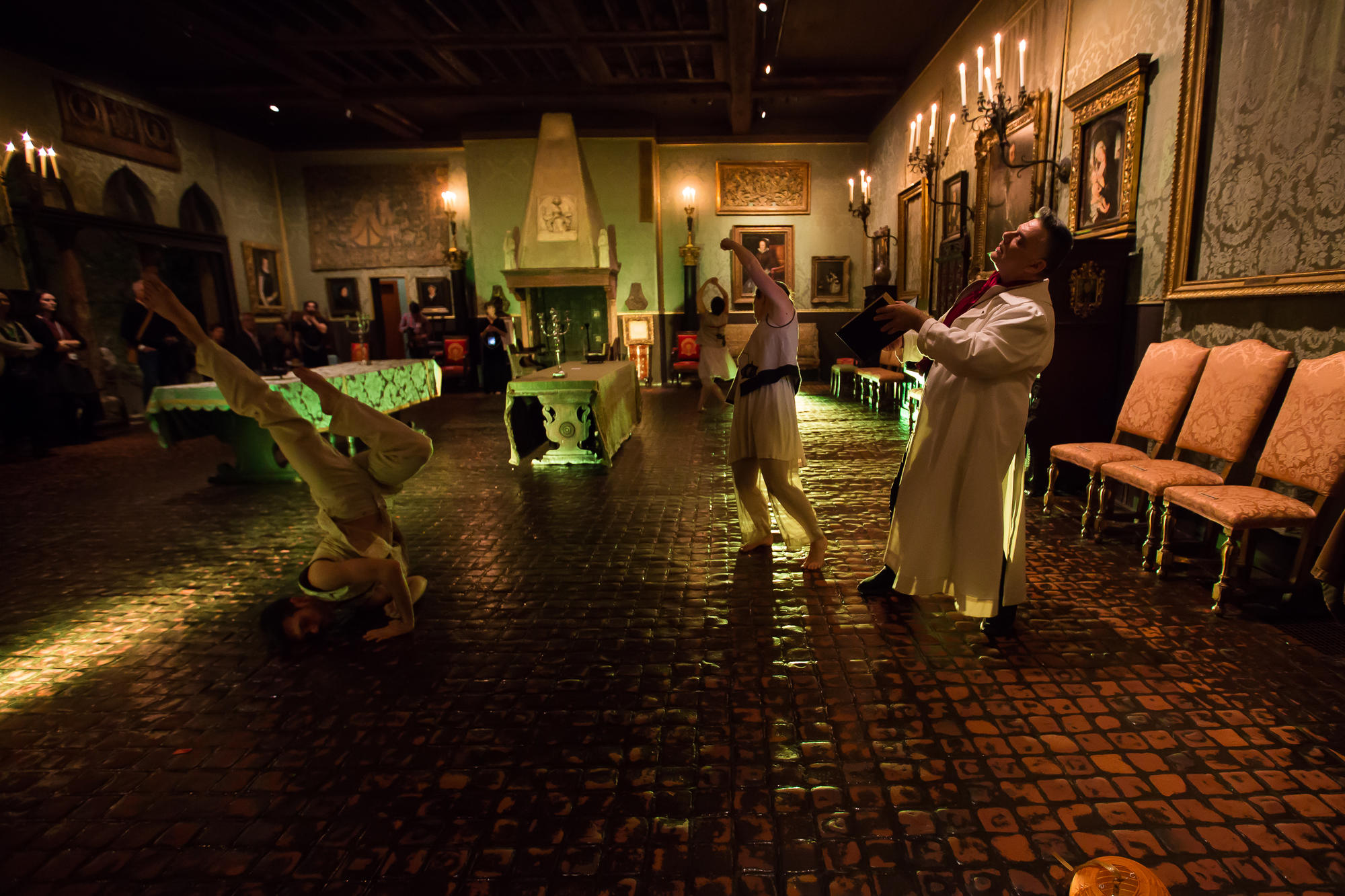 The tour was choreographed during his residency, and was constructed based on DiMuro and his dancers' movement studies inspired by the collection, as well as gestures gathered in conversations with Museum staff and visitors.

The choreographic material produced during The House of Accumulated Beauties culminated in a one-night performance in Calderwood Hall during Third Thursdays: Social Fabric on October 18, 2018. This production recast the tour choreography in a new dimension, called Small Visitations in a Near Empty Room, which allowed audience members to view dancers from Calderwood’s balconies. 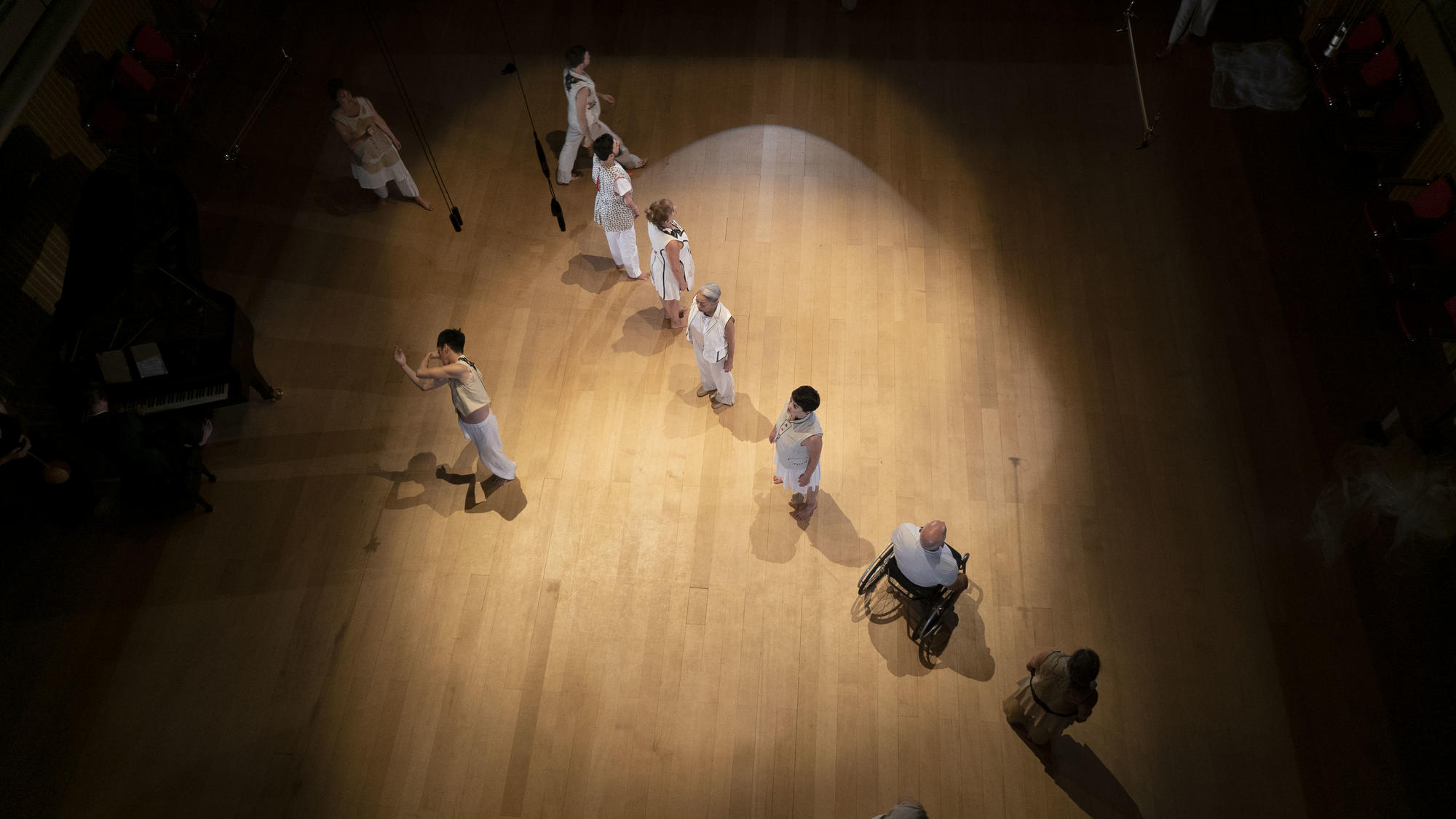 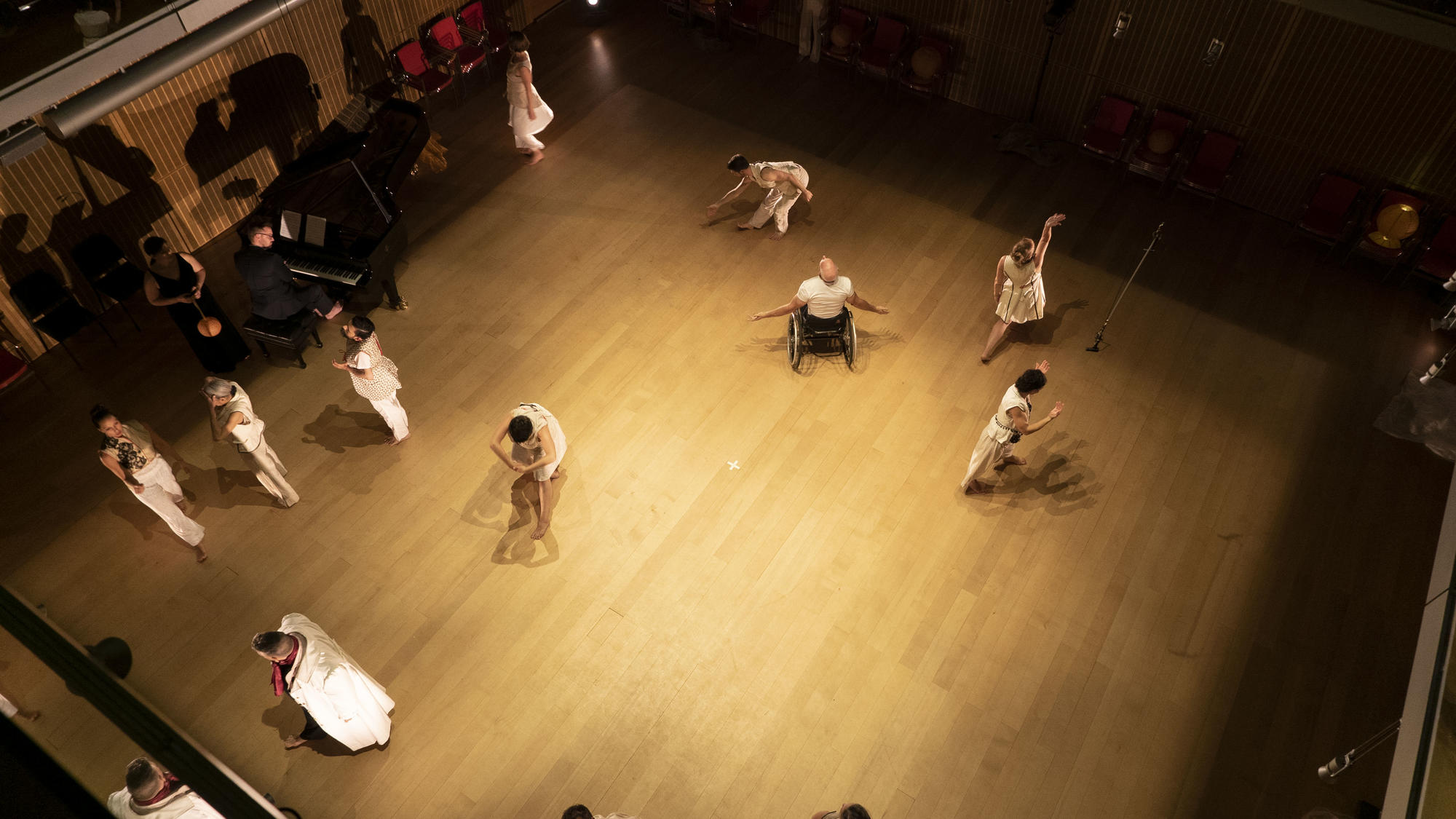 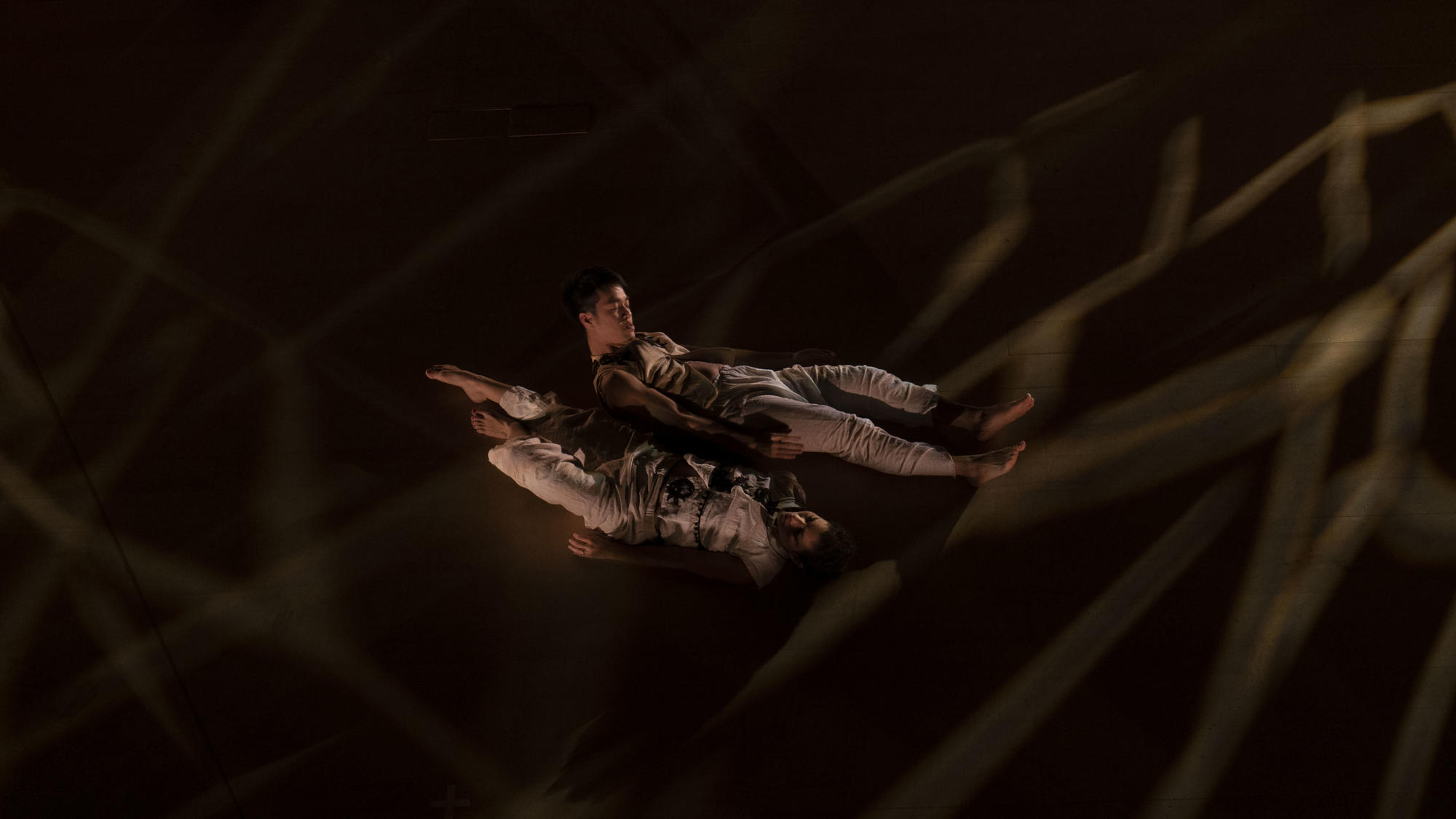 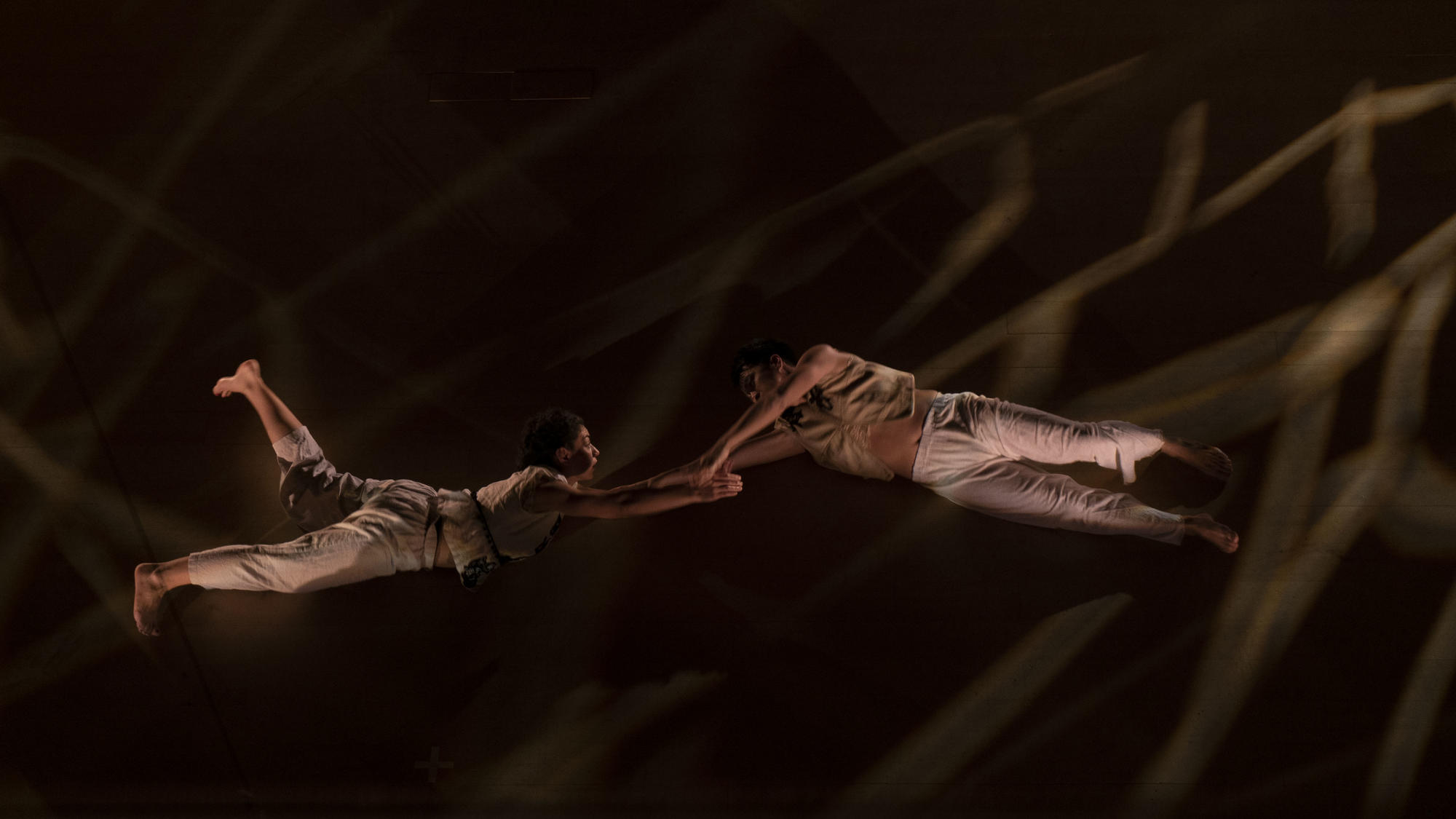 Peter DiMuro is a performer, choreographer, director, teacher, and arts engager. He is currently the Executive Artistic Director of Dance Complex in Cambridge, one of Boston's major dance centers. Since 2013, DiMuro has been an enterprising leader who has worked tirelessly to help grow the organization. DiMuro was a rising young dancer in Boston before joining the internationally-acclaimed Liz Lerman Dance Exchange, where he spent many years as a performer, lead artist, and ultimately, Artistic Director. He also directs Peter DiMuro/Public Displays of Motion, an inter-generational company of diverse dancers and artists that develops performance works and promotes arts literacy and engagement.

Over his career, DiMuro has been named a White House Millennial Artist, a Schonberg (Boston) Fellow at The Yard, and was the recipient of a Boston Dance Alliance Fellowship and Boston Foundation Next Step grant. DiMuro has taught dance all over the country, and internationally at universities, colleges, and festivals. His choreography has been commissioned by leading international presenters and has received support from the National Endowment for the Arts, MetLife and many state arts agencies. He has also served on numerous boards, including Dance Umbrella/Boston, National Performance Network, Dance/USA, and as a mentor and panelist for the National Endowment for the Arts, New England Foundation for the Arts, Maryland State Arts Council, and DC Commission for the Arts. He holds a Master’s in Fine Arts in Dance from Connecticut College and a Bachelor’s in Fine Arts for Theatre from Drake University. In May 2018, he became the recipient of a Lifetime Achievement Award from Salem State University.