Flutist Paula Robison has a long history with the Gardner Museum. Since her early 20s, she has appeared in a variety of traditional and experimental programs, on stage and in the galleries.

In June 2005, Tom and Lisa Blumenthal Curator of Contemporary Art Pieranna Cavalchini invited musician Paula Robison and visual artist Sol LeWitt to brainstorm together about creating an exhibition project at the Gardner. The two artists were old friends from their days at the Festival of Two Worlds in Spoleto, Italy, when Robison had performed a piece that responded to a sculpture of LeWitt’s in the exhibition Lo Sguardo e L’Ascolto (Looking and Listening) in July 1994 at the Chiesa dei SS. Giovanni e Paolo. And LeWitt had spent many a morning listening to Robison and her fellow musicians rehearsing for the Noontime Concerts at the Teatro Caio Melisso.

The exhibition that resulted from LeWitt and Robison’s collaboration was Variations on a Theme by Sol LeWitt and Paula Robison. Robison performed one of four Mozart flute quartets (assisted by students from the New England Conservatory) almost every day for the run of the show, surrounded by LeWitt’s Wall Drawing #1183. In all, 53 performances were held in the Special Exhibition Gallery. 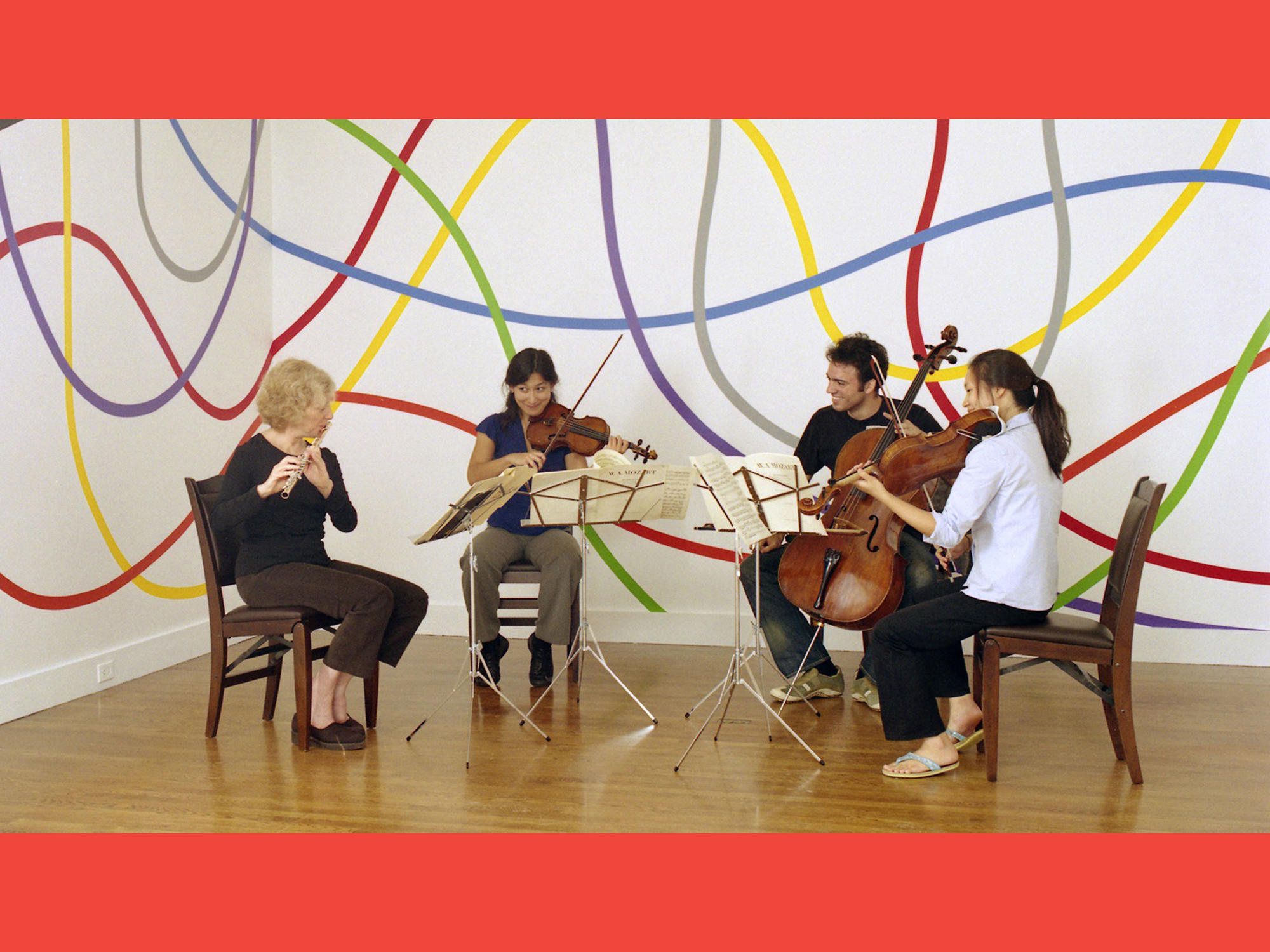 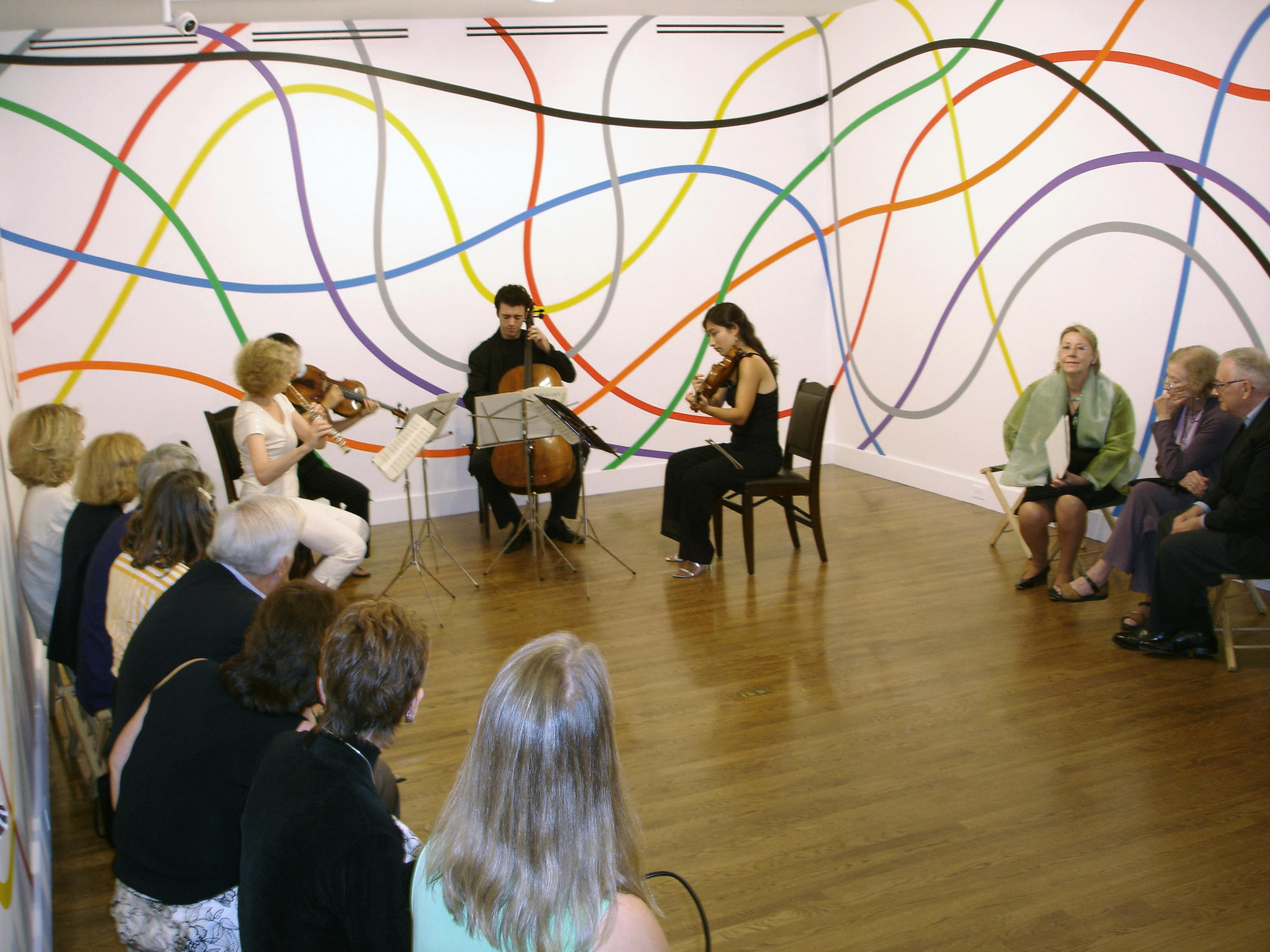 Between August 31 and September 20, 2005, Takeshi Arita, April Ann Gymiski, and Reese Inman followed Sol Lewitt’s set of instructions for Wall Drawing #1183. The project began with diligently preparing the wall surface before painting eight three inch bands of color. The work was activated each day by a musicians who performed one of Mozart’s four quartets for flute.

Paula Robison was born in Tennessee to a family of actors, writers, dancers, and musicians. She spent her childhood in Southern California where she developed a love of the performing arts. Moving to New York City to attend the Juilliard School of Music, Robison was quickly recognized as a rising star. About her New York recital debut under the auspices of Young Concert Artists, the New York Times wrote: "Music bursts from her as naturally as leaves from trees." Soon after, Robison became the first American to win first prize at the Geneva International Competition, and her career as a world-traveling flute soloist was launched. Robison has been a passionate advocate for new music throughout her career, commissioning over thirty works for the flute by renowned contemporary composers such as Robert Beaser, Kenneth Frazelle, Leon Kirchner, Oliver Knussen, Lowell Liebermann, and Toru Takemitsu. In concert she has premiered music by classical and jazz composers Carla Bley, Pierre Boulez, Elliott Carter, Alberto Ginastera, Keith Jarrett, and William Schuman, among many others. "Notturno," a wildly lyrical hymn to the joys and pains of a life in music, was written for Robison by the acclaimed composer and conductor Michael Tilson Thomas.