Adam Pendleton came to the Gardner Museum in the fall of 2008 when the academic fervor of the city was in full swing. He attended lectures and events in Boston and Cambridge and at the Gardner, and immersed himself in the collection, in particular the contents of the covered cases throughout the galleries. Pendleton also used his time to begin a new body of work, System of Display, which has featured prominently in his exhibitions since. Pendleton works in multiple media, including silkscreen, installation, performance, sculpture, and text. He adopts existing imagery and text, drawing on a wide range of cultural and political references, as a means to free them from their existing frameworks. One of the works created for System of Display incorporates the pattern of a silk furnishing fabric Isabella Stewart Gardner originally used to cover the Yellow Room walls.

Pendleton has performed twice at the Museum during Gardner After Hours (today called Third Thursdays). Shortly after his residency artist Joan Jonas invited him to participate in Reading Dante, a live reading and video performance. Filmed excerpts from this performance are now incorporated into Jonas' current Reading Dante video piece. Two years later Pendleton returned with a newly conceived work. Entitled three scenes (variation one), it used texts from sources and material from all of Pendleton's performances to date, which he reassembled and re-appropriated; invoking the notion of a retrospective. three scenes (variation one) incorporated a re-orchestrated interpretation of Stephin Merritt's pop song The Book of Love with vocalist Colin Killalea, a string quartet made up of Emily Deans, Marika Hughes, Yon Joo Lee, and Mazz Swift, and a vocal solo by classically-trained singer and future Gardner Artist-in-Residence, Alicia Hall Moran.

Adam Pendleton was the second artist invited to create a work for the Gardner’s public art space on the façade of the New Wing. Untitled: (Fang Man from the Upper Ivindo Area, Northern Gabon, 1905-6/ Furnishing Fabric, French or Italian, 1725-50 featured an early 20th century photographic portrait of an African man set against an 18th century European silk damask from the Gardner’s collection. The resulting piece, with its dramatic size and placement, combined works representing different historical periods as a way of transforming them. Said Pendleton about his work, “…it’s really just sort of asking, what happens when these two things come together? But it is not telling, it’s asking. The work expresses itself through questions.” 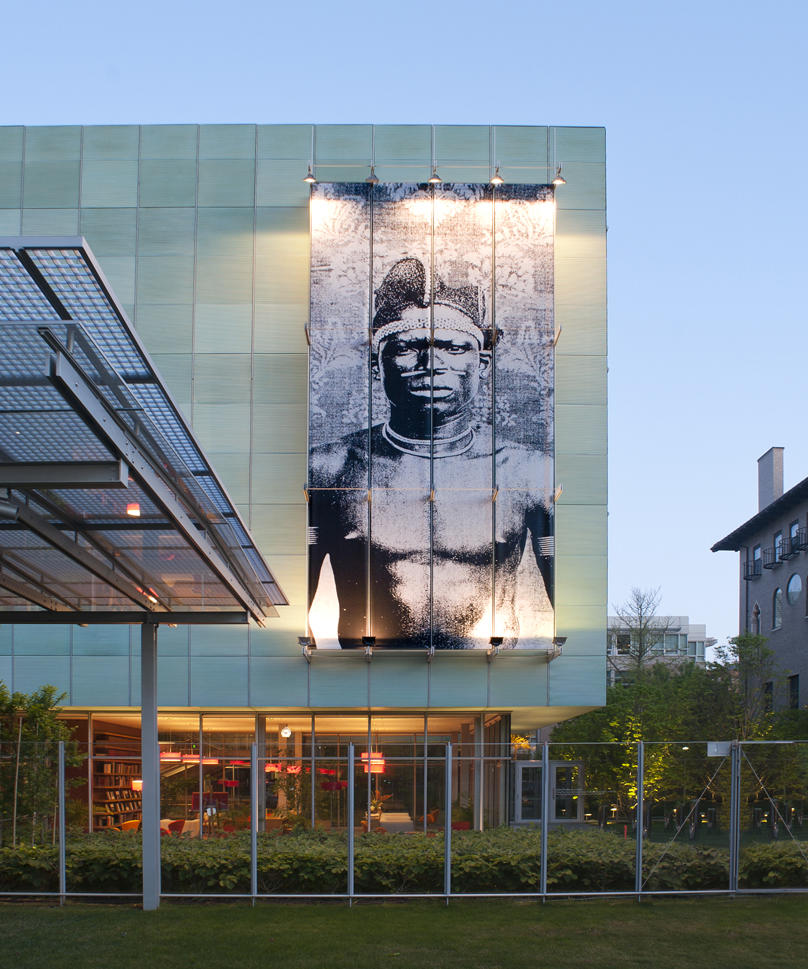 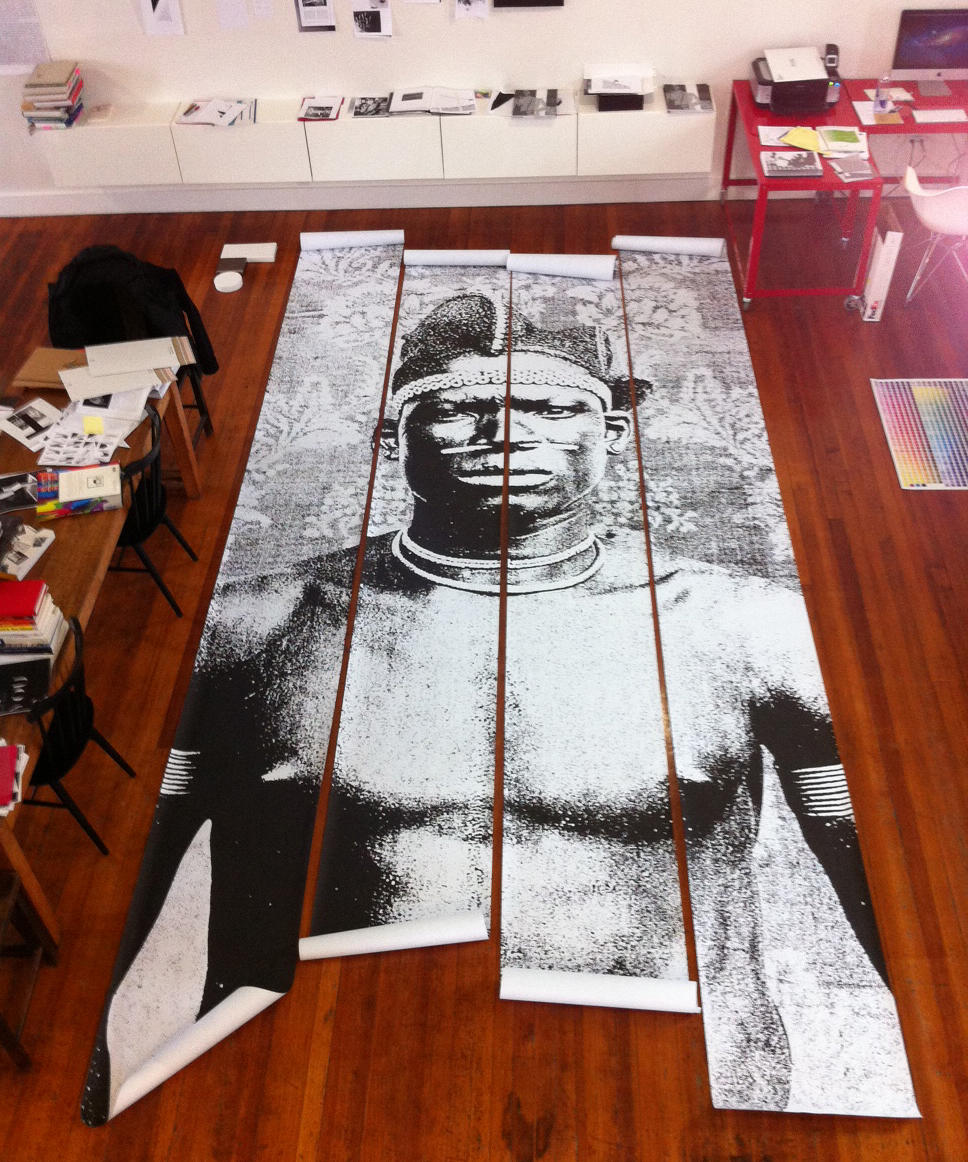