Since the early 1960s, Luigi Ontani has been acting as his own model, playing endlessly with his masculine and feminine sides, exploring hybrid identities, and transforming his body to create surprising interpretations of religious, historical, and literary figures. He has experimented in almost every medium: photography, assemblage, ceramic, plaster, drawing, painting, glass, language, video, performance art, and international craft practices. 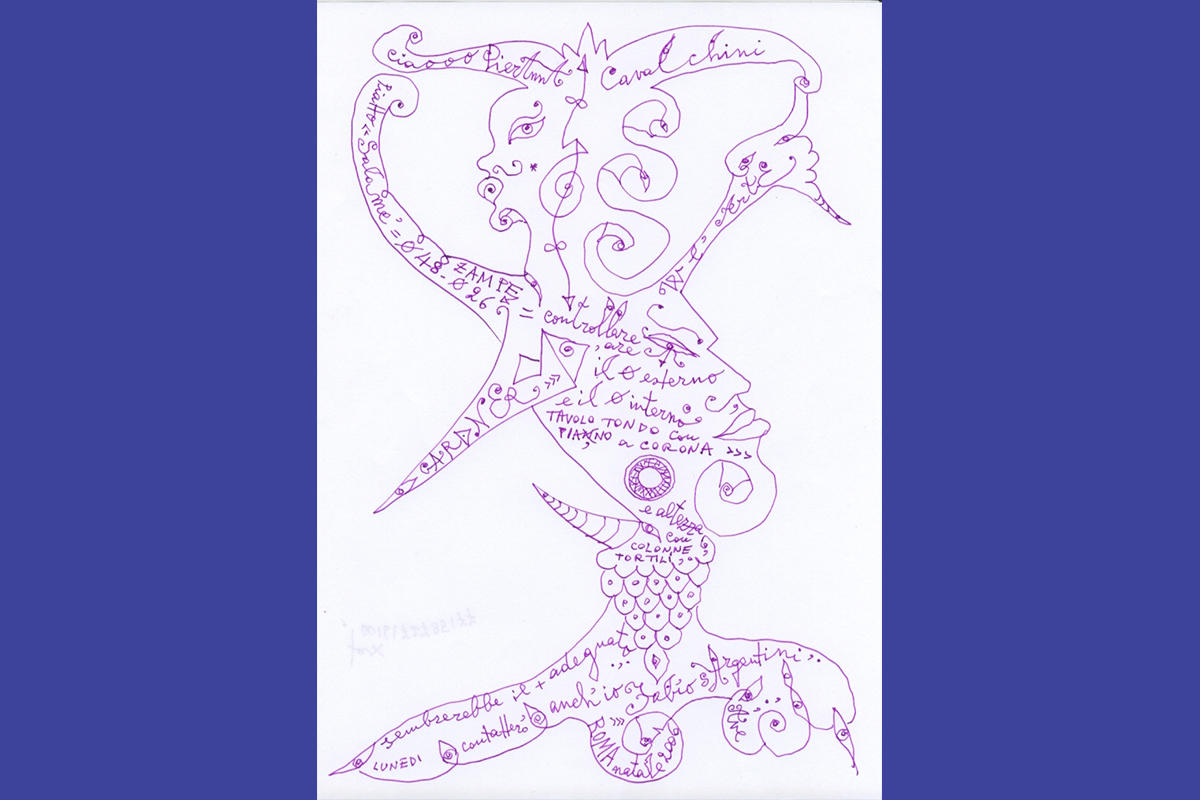 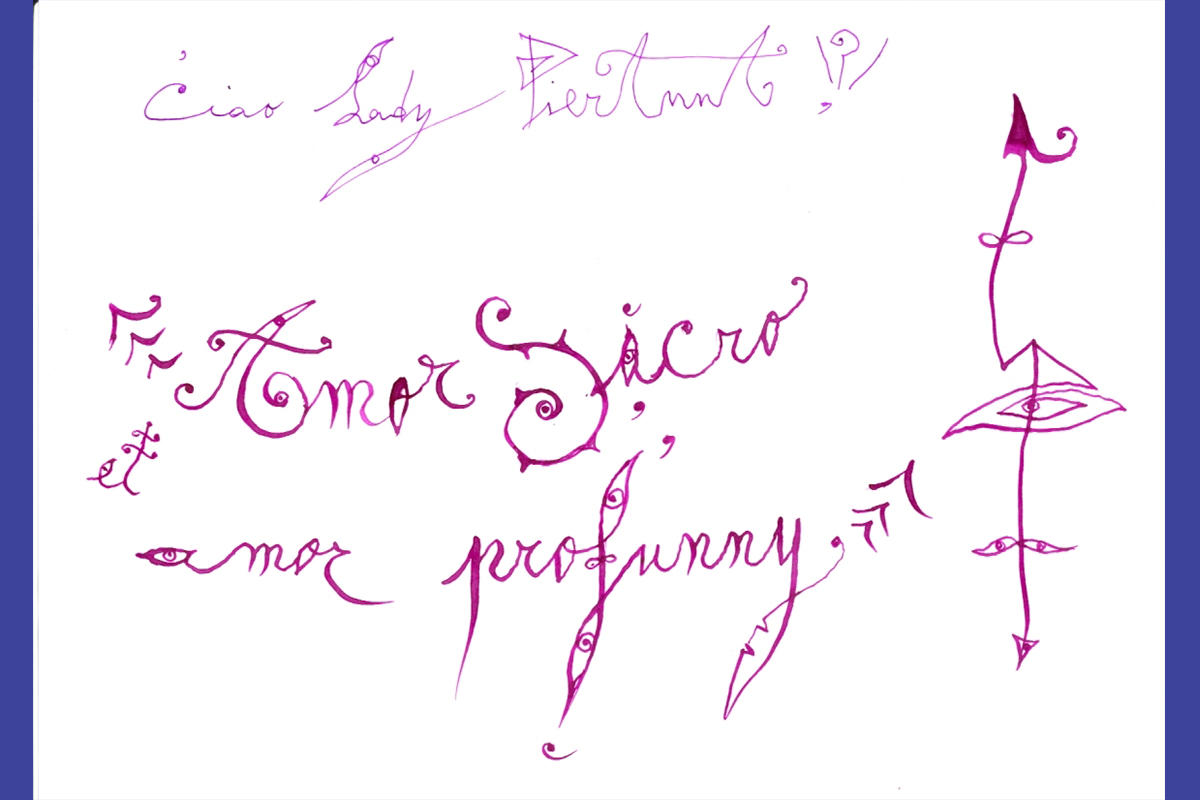 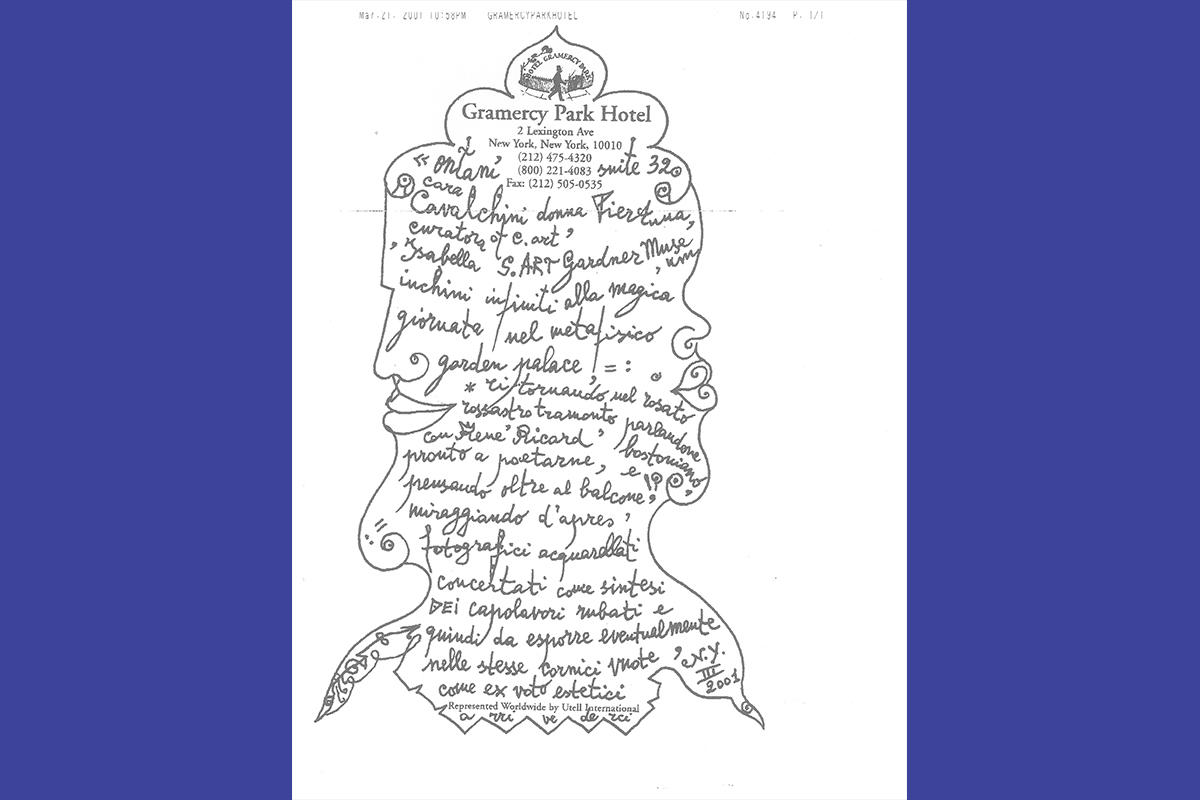 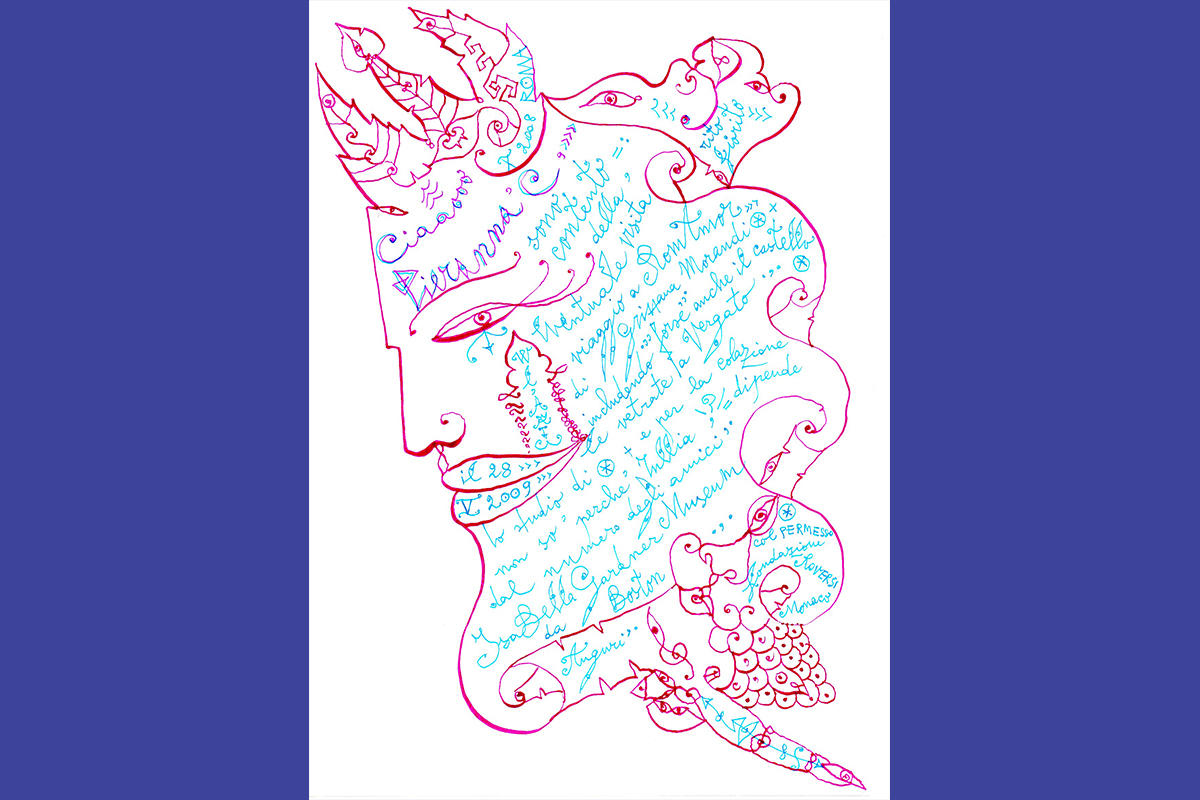 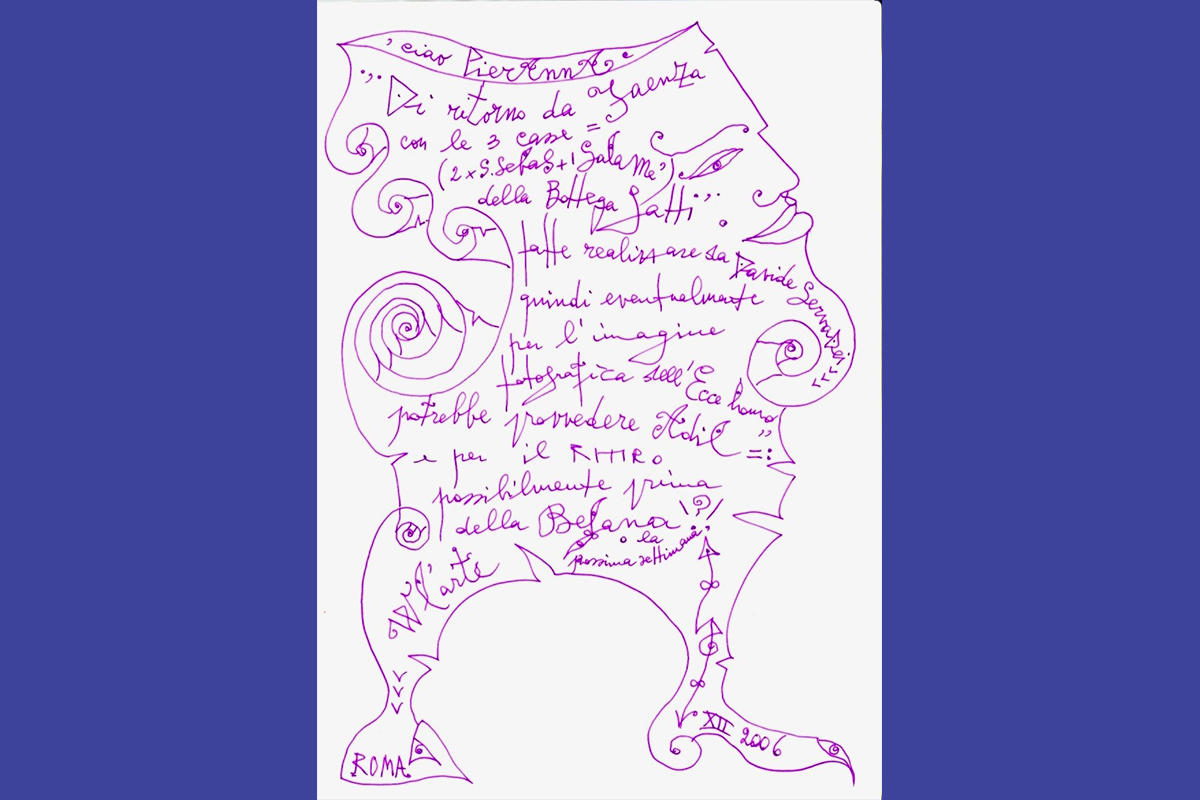 Luigi Ontani had visited the Gardner Museum twice before he came as an Artist-in-Residence in 2007, fascinated by the many sculptures of religious subjects, primarily Christian, that he found here. As a resident, Ontani spent many more hours looking at works in the galleries and contemplating the Courtyard displays. In February 2007, he helped curate the installation of several of his own pieces in the Special Exhibition Gallery for Sculpture and Memory. It brought Ontani’s work together with examples of medieval sculpture collected by Isabella Stewart Gardner. Ontani's contemporary contributions included several small tableaux vivants and ceramic sculptures re-interpreting Saint Sebastian and John the Baptist, two favorite subjects which he made in collaboration with the Bottega d’Arte Gatti in Faenza.

Ontani used himself as a model for the Saint Sebastian work, and reinforced his identification with his subject by titling the piece SanSebastianOntano (1998). Ontano (plural ontani) is the Italian word for alder, a tree common along Italian river banks that, because of its impermeability to water, was used for the pilings that support Venetian buildings. Ontani adopted the alder leaf as a recurring motif in his work, a building block in the structure of his fantastic creations. The blending of words to create new meanings is typical of Ontani’s use of language in titling his works. 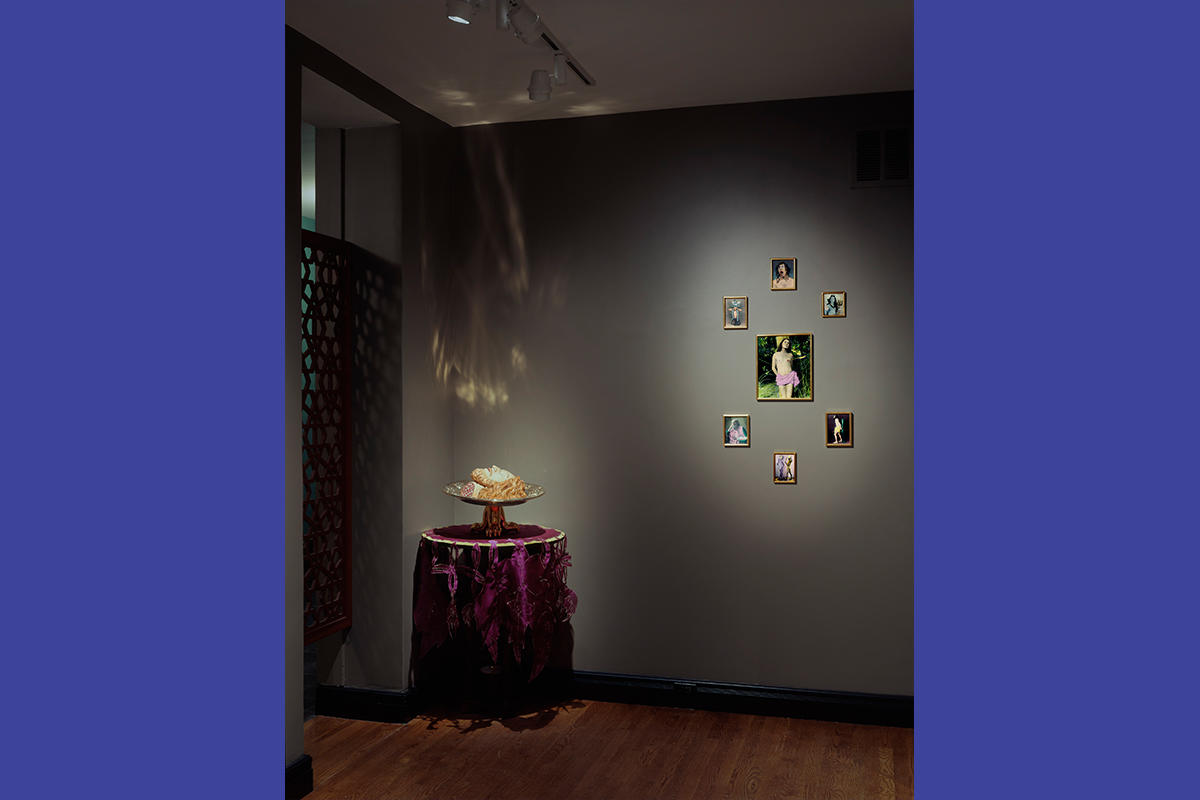 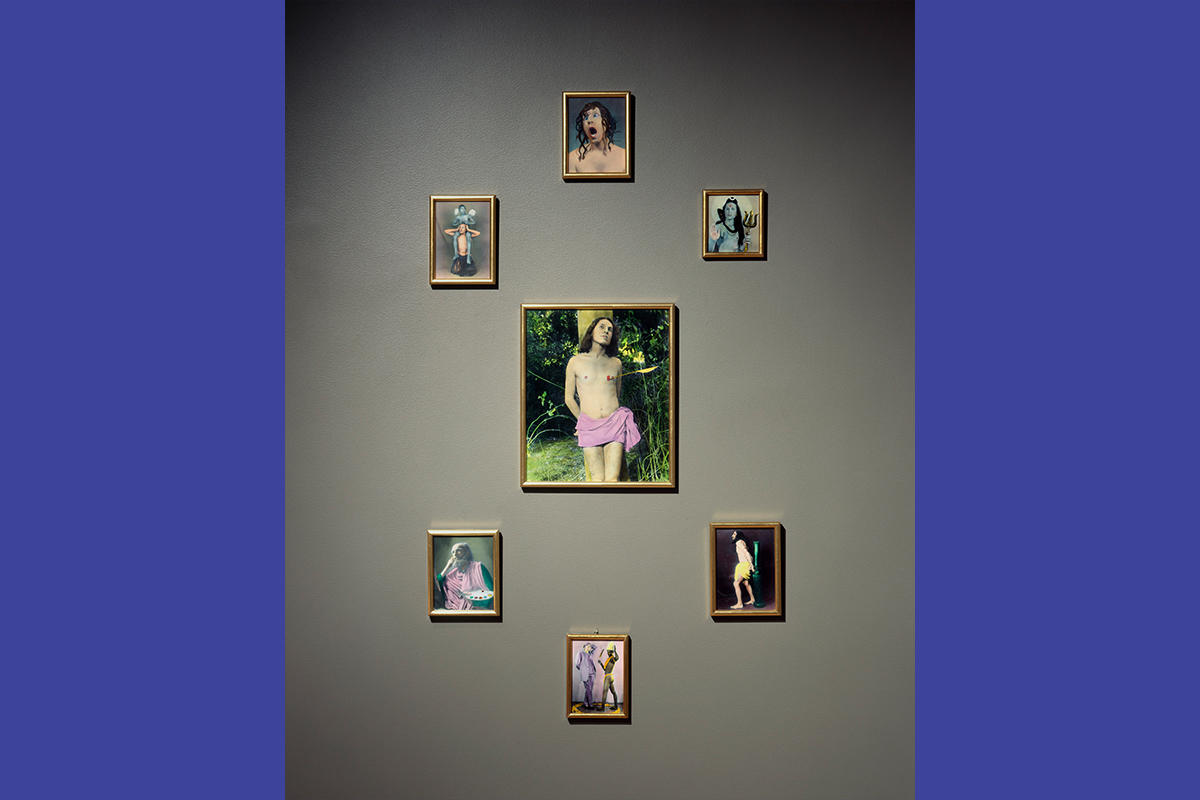 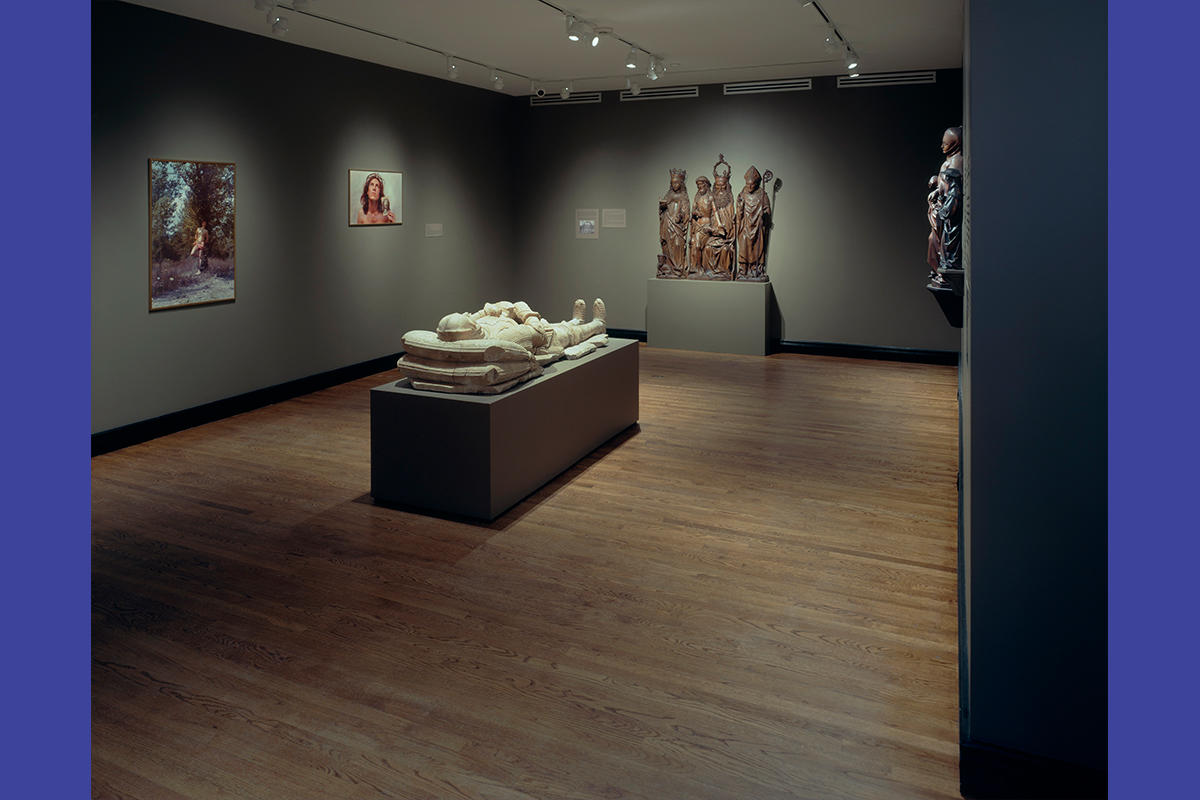 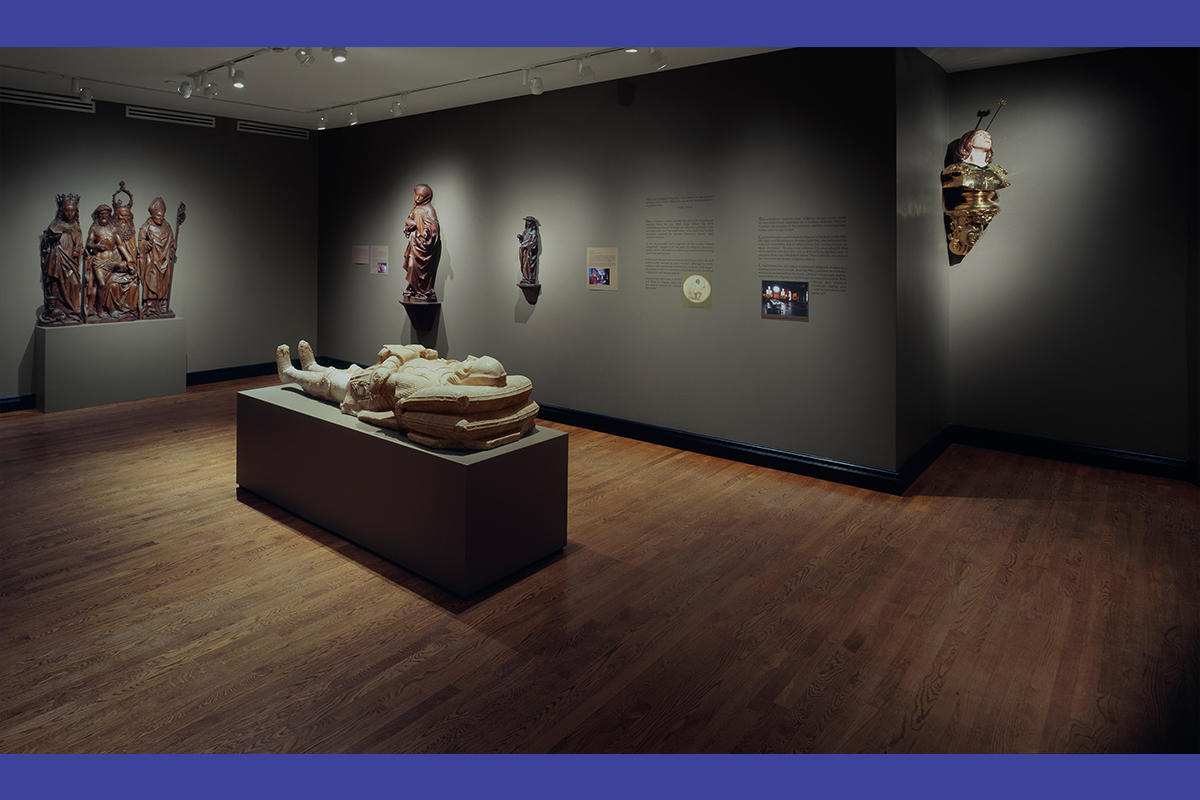 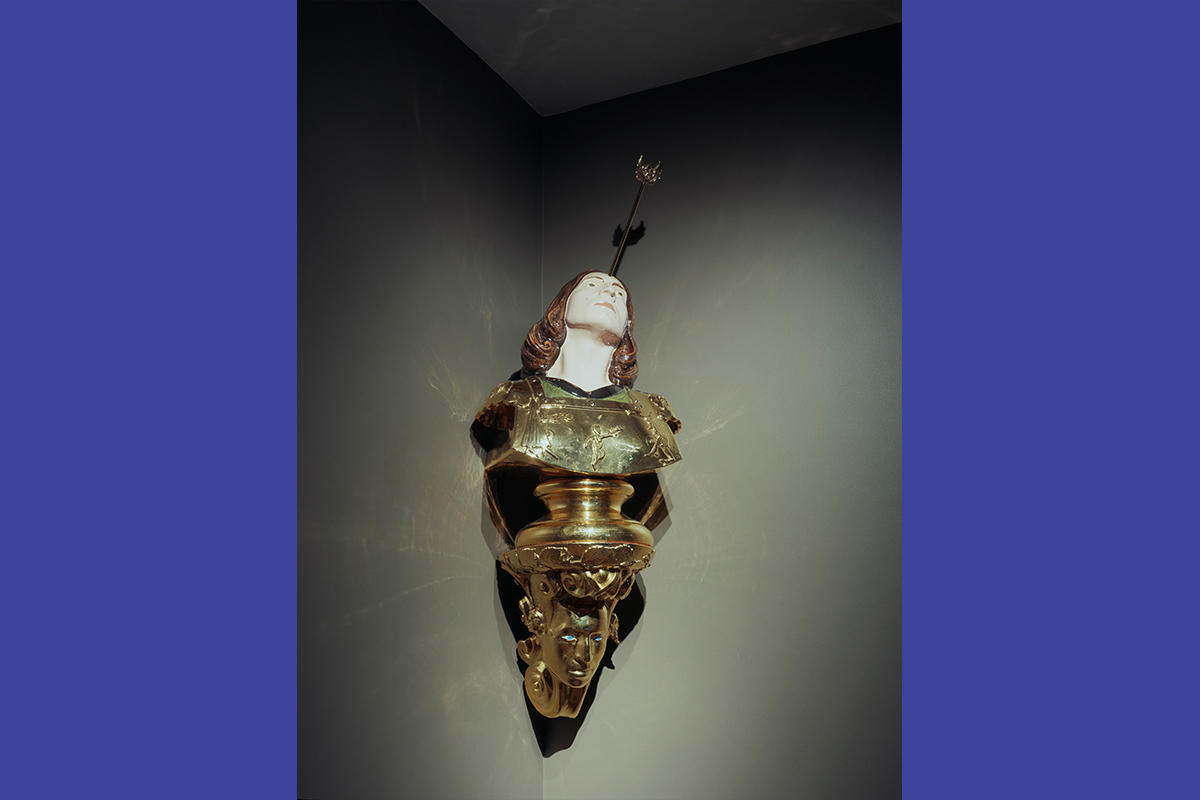 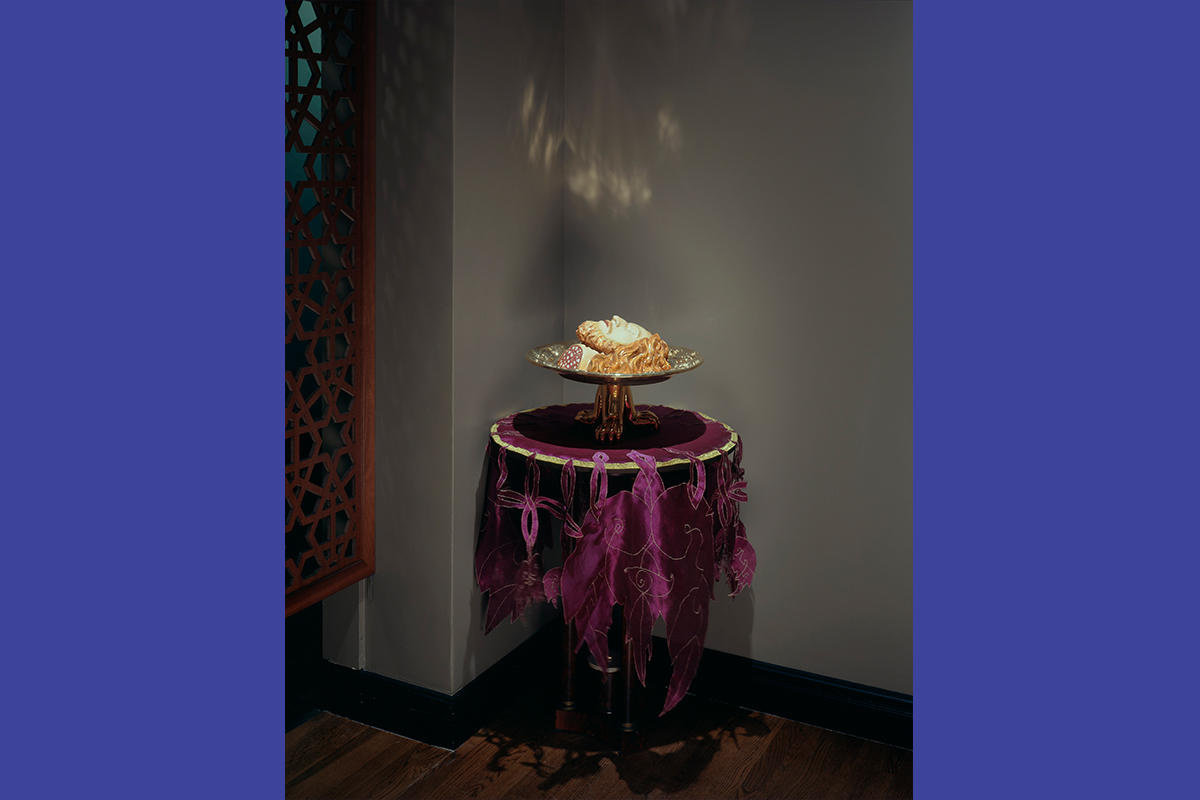 Another ceramic sculpture of Ontani’s in the exhibition was based on the story of the beheading of John the Baptist by King Herod. The title of this work, Salomè-Salamè 2002, is also a play on words. Salomè, the daughter of Herod’s second wife, was encouraged by her mother to ask her step-father for the head of the saint on a platter, an arrangement Ontani’s title jokingly compares to sliced salami (salame in Italian). The leaves around the plate are alder leaves, Ontani’s heraldic symbol. The head is, again, a self-portrait of the artist. No longer content to reinterpret characters in old master paintings, Ontani becomes the characters; in doing so he create another model of subjectivity and self-awareness, simultaneously giving himself up to and distancing himself from the viewer.

As part of this exhibition, the Museum presented new research on the Gardner’s Altar of the Trinity with Saint Catherine and a Bishop Saint and discussed its display as a devotional image. During the exhibition, the artist appeared in a public conversation with Tom and Lisa Blumenthal Curator of Contemporary Art Pieranna Cavalchini, talking about his work and wide-ranging travels in Asia.