During her residency in October 1999, Ambreen Butt opened her studio at the Gardner Museum to the public, the first time that visitors were invited to ascend the stairs to the Artist-in-Residence apartment, speak to the artist, and view her work. Butt had spent many hours wandering the galleries, researching the collection, and examining ephemera in the Archives. Later she incorporated a painted terracotta work by Maiano of the Virgin and Child, circa 1495, from the Long Gallery into a mixed media painting in her Farewell series.

In 2000, Butt returned to the Gardner as a "host" of The Living Room, a work by artist Lee Mingwei that involved creating a salon in the Special Exhibition Gallery. As a host, Ambreen Butt painted and talked to visitors, and displayed several of her finished paintings and works- in-progress. She returned again in 2005 to give a Noontime Talk in the Tapestry Room about her exhibition, I Need a Hero. 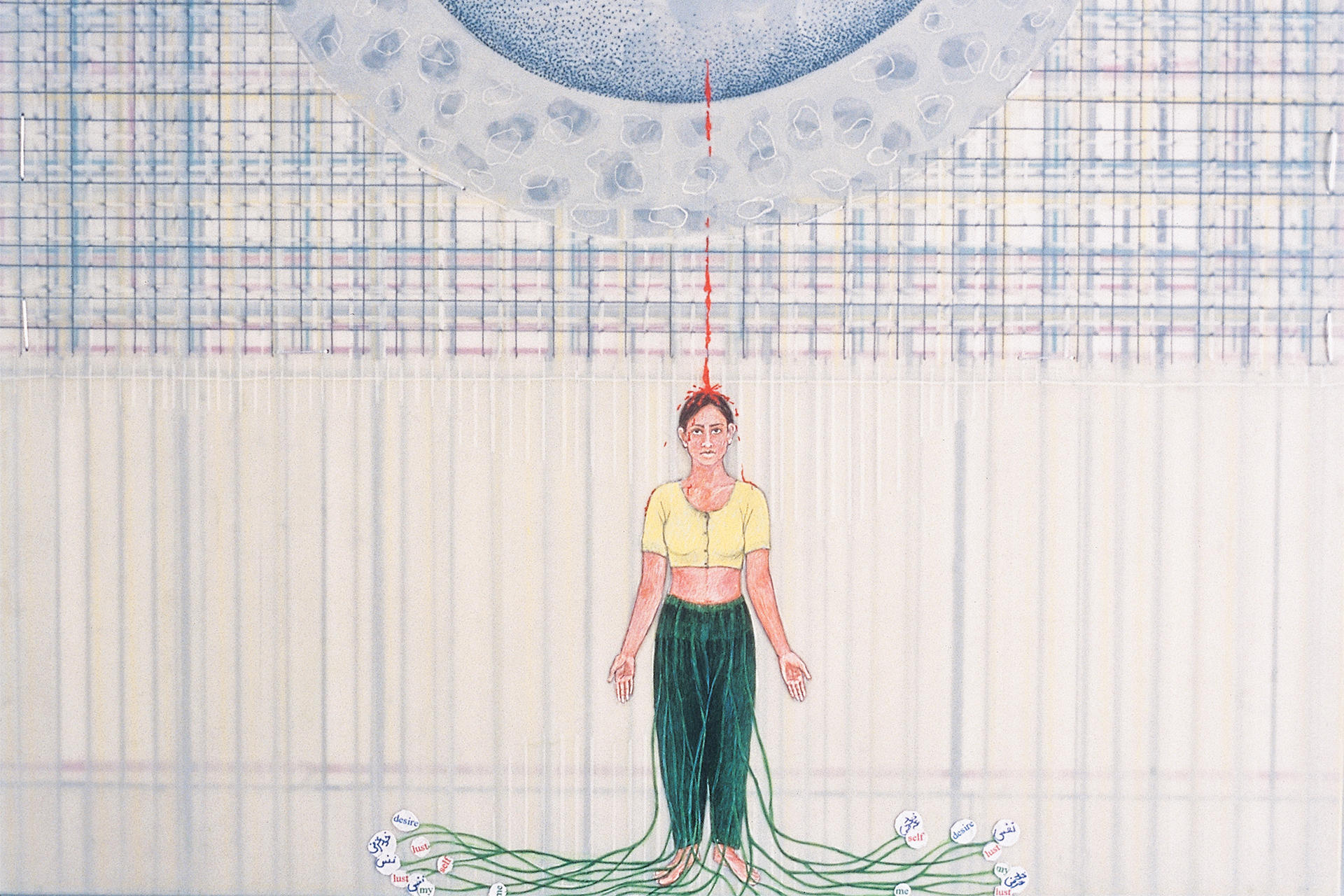 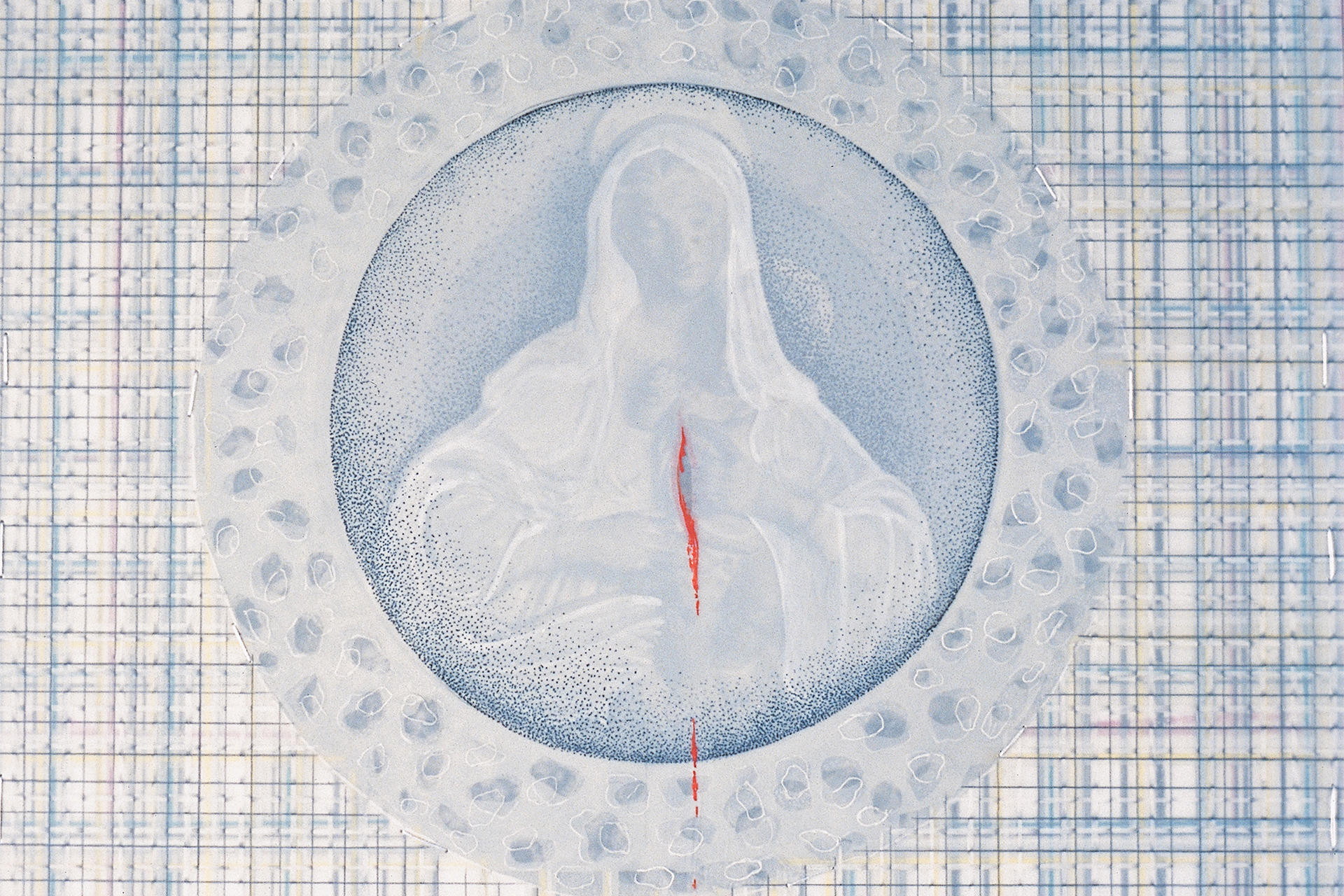 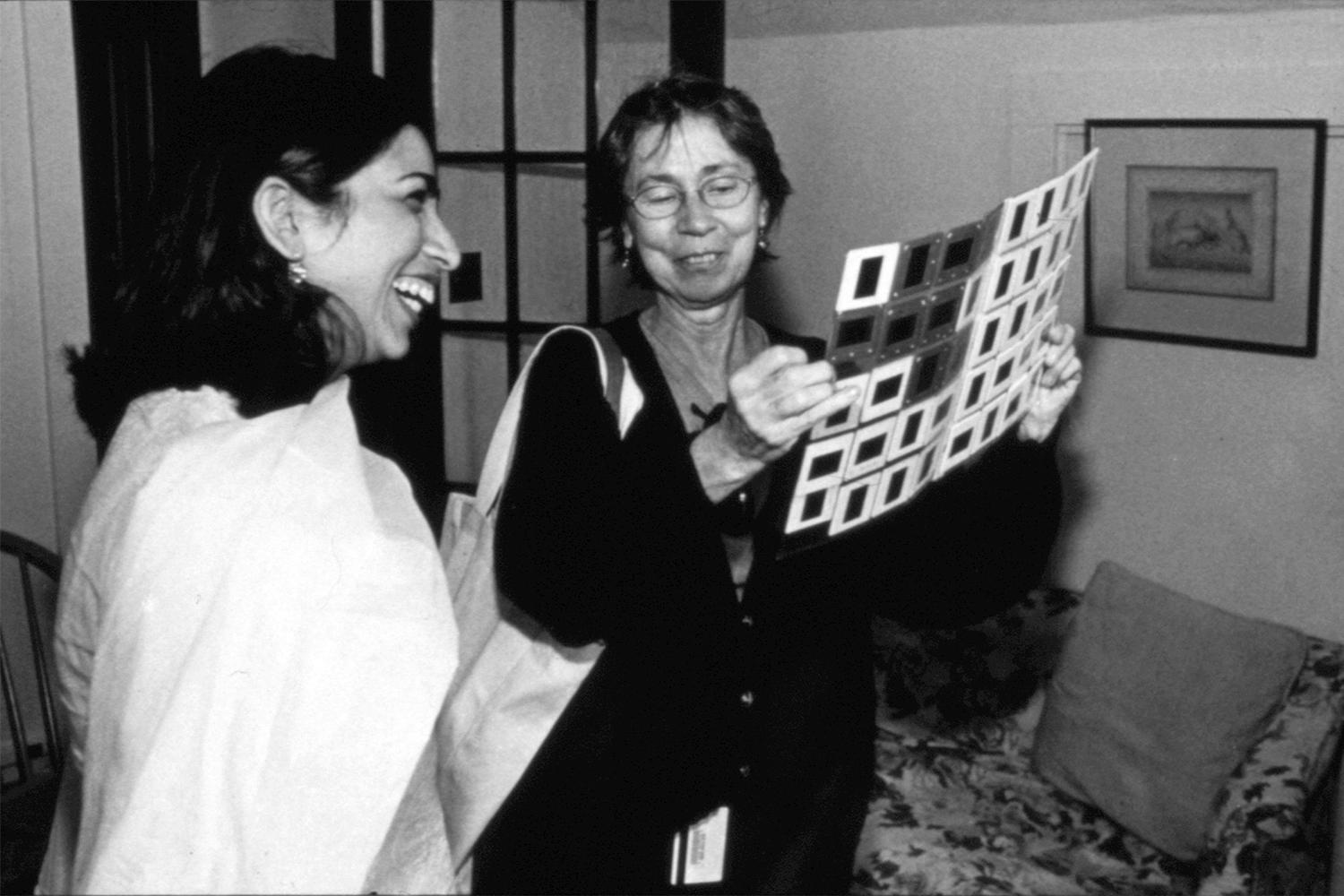 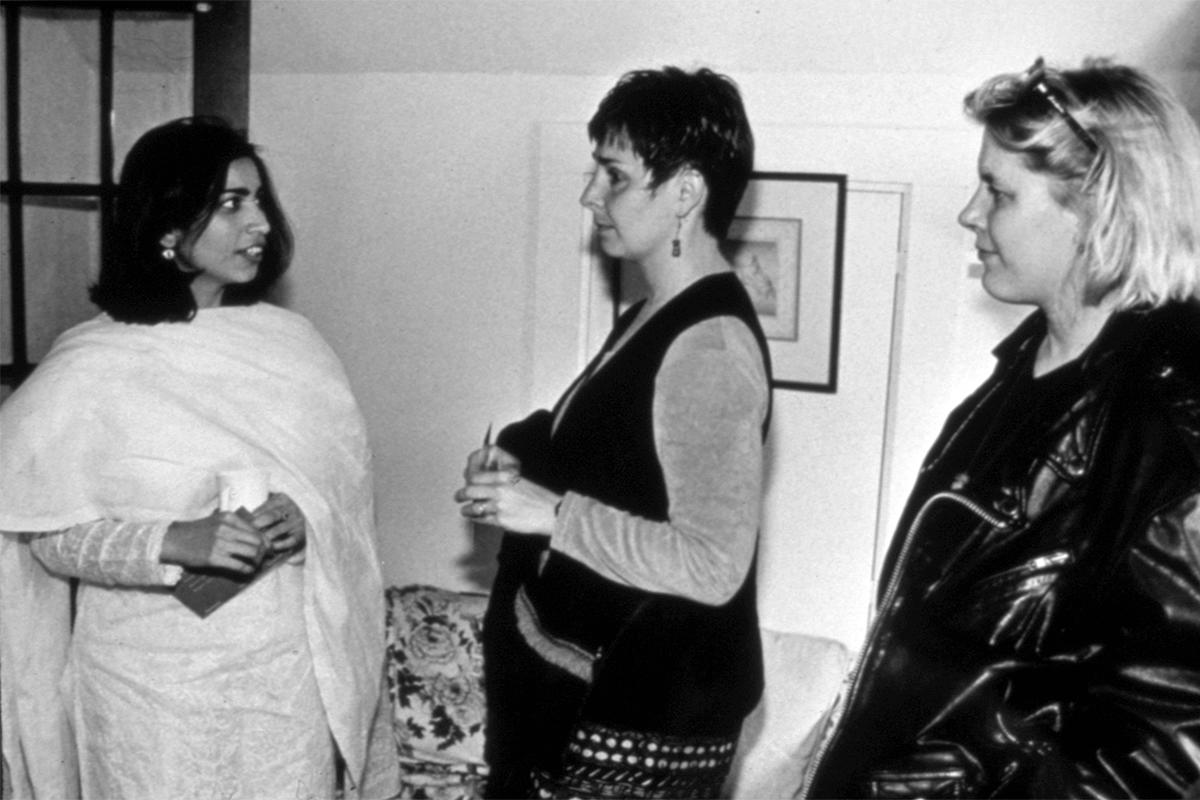 In 2017, Butt was the ninth Artist-in-Residence to create a temporary site-specific work for the Museum’s façade. The piece, a continuation of her series I Need a Hero, was inspired by the story of the young Pakistani woman, Mukhtar Mai. The series explored the ways women struggle to find and use their own power. In the façade piece, the heroine fights a dragon and a monkey-like creature that may represent her inner and outer demons; her confident pose suggests she will conquer them both.  Meanwhile, other young women look at her expectantly from below and above, as if to ask: Is she the one? Is she our hero?

Ambreen Butt (b. 1969 Pakistan) received her BFA in traditional Indian and Persian miniature painting from the National College of Arts in Lahore. Her work builds on this format and combines intimately scaled imagery on overlaid sheets of Mylar and paper. Butt's work examines issues of contemporary culture through the eyes of an Islamic woman living in the western world. Presenting the woman as heroine, she creates narratives that are both autobiographical and universal. Her work addresses themes of war, violence, and oppression, as well as more private concerns of identity, desire, and awakening.

In 1993, Butt moved to Boston, earning her MFA in painting in 1997 from the Massachusetts College of Art and Design. She was the first recipient of the James and Audrey Foster Prize from the Institute of Contemporary Art, Boston. She was the recipient of the Maud Morgan Prize from the Museum of Fine Arts, Boston, the Joan Mitchel Foundation Award, the Brother Thomas Fellowship from the Boston Foundation, and a grant from the Canada Council for the Arts. Her work is in several major private collections and has been exhibited at Anna Kustera Gallery, New York; Bernard Toale Gallery, Boston; Flemming Museum University of Vermont, Burlington; Davis Museum and Cultural Center, Wellesley, Massachusetts; Brooklyn Museum, New York; Asia Pacific Museum, Pasadena California; Heard Museum, Phoenix, Arizona; Kunsthalle Fridericianum, Kassel, Germany; The Drawing Center, New York; and the National Art Gallery, Islamabad, Pakistan. Butt recently moved to Dallas, Texas, where her show What is left of me opened in April 2016 at Dallas Contemporary.

Ambreen Butt: I Need a Hero, 2017. Video by SheridanWorks.