Join us on the first Thursday of every month for a restorative evening of discovery and community. Museum admission is free from 3 pm through 9 pm. Hear from guest artists and explore art, architecture and seasonal horticulture displays in the Palace. The Café is open late for dinner and drinks. This month’s special programs feature Neighborhood Salon Luminaries Johnette Marie and Rob Stull.

Too Many Deaths, Not Enough Funerals – Some Roses for the Garden
5:00 - 6:15 PM
Bertucci Education Studio

Honor time with intentionality and stillness in the Studio with artist Johnette Marie. Prompts will be provided and audiences will be invited to participate in a moment for ritual and ceremony through plant medicine and poetry. Listen, reflect, release, and let go together, and discover how the artist was inspired by the Museum’s Spanish Chapel.

How do we communicate what and who is revered within art, culture, and American society? Join comic book industry veteran, teacher, and Neighborhood Salon Luminary Rob Stull and renowned hip hop artist Geechi Suede of the legendary group Camp Lo for a conversation in Calderwood Hall as they share their creative practices and explore questions about the materials, signs, and symbols that communicate cultural value in art and music. Speakers will also discuss the objects in the Gardner’s collection that inspired these questions in a dialogue moderated by artist, writer, and WBUR Arts Engagement Producer Arielle Gray. 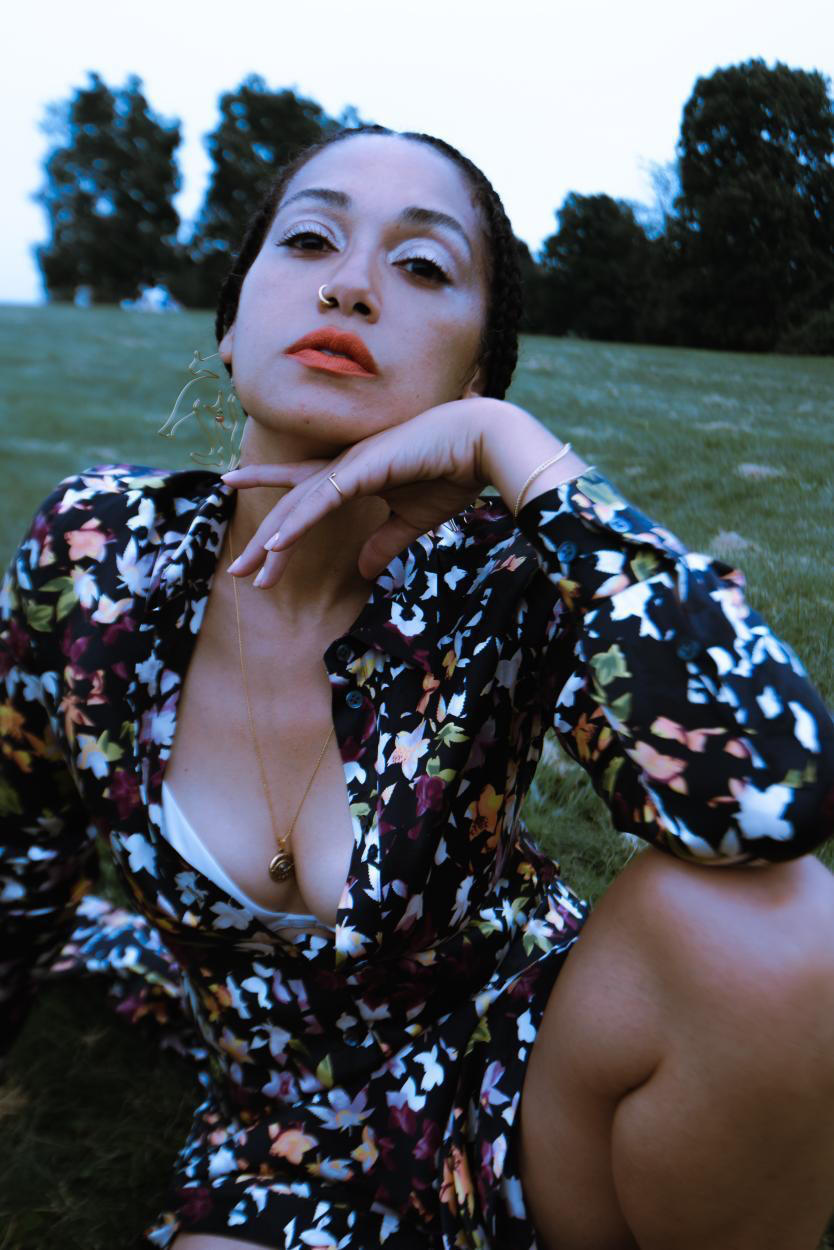 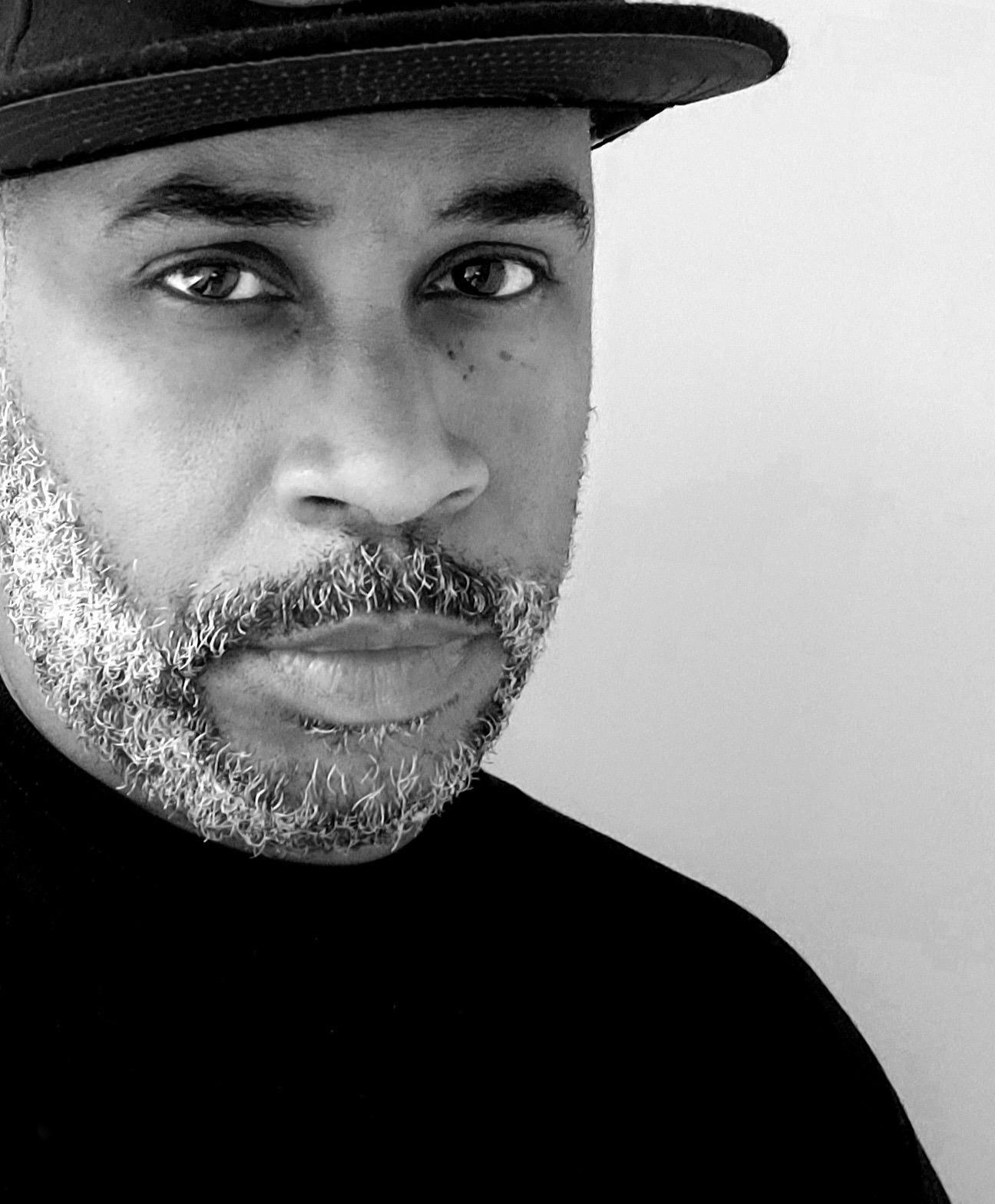 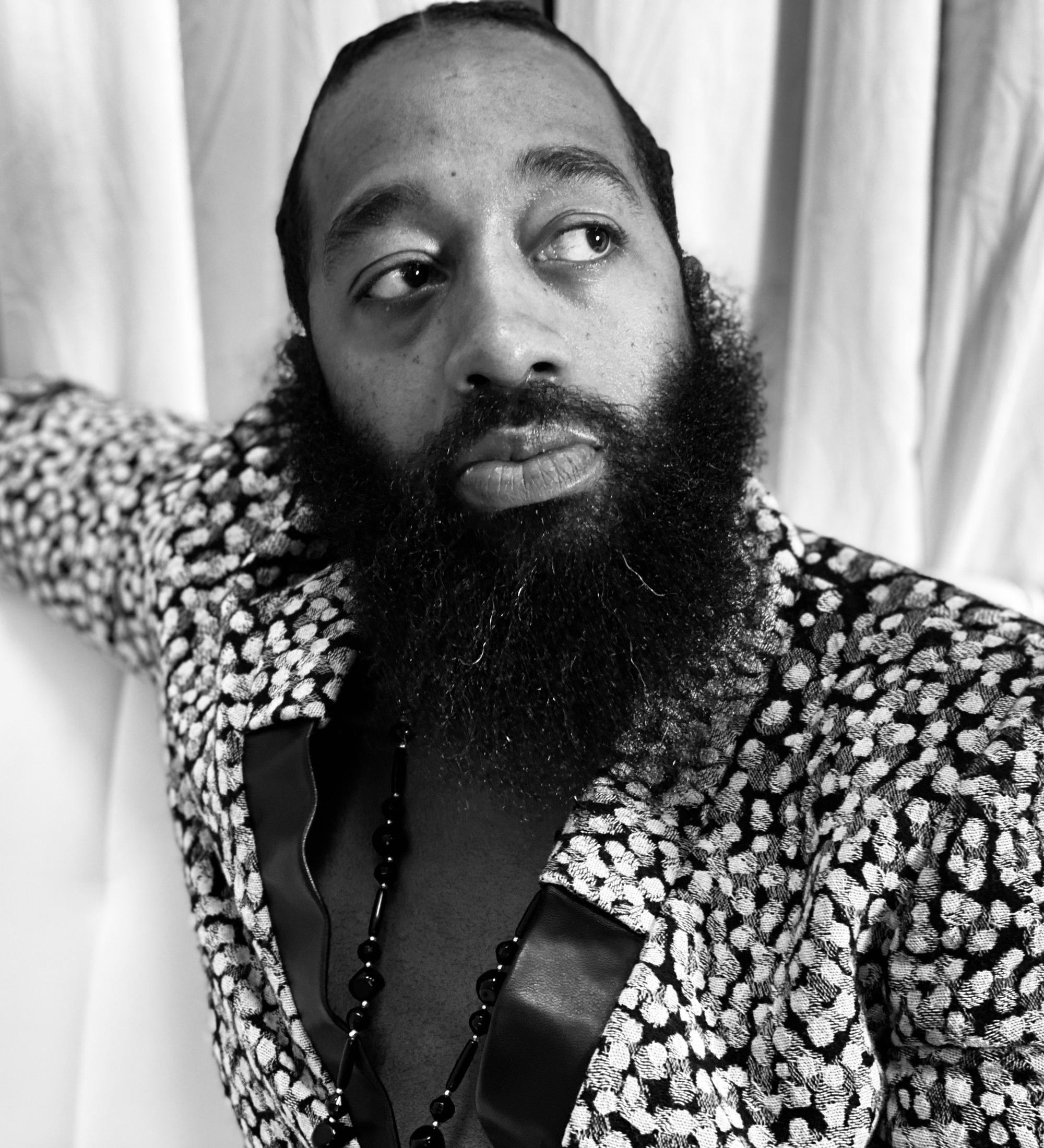 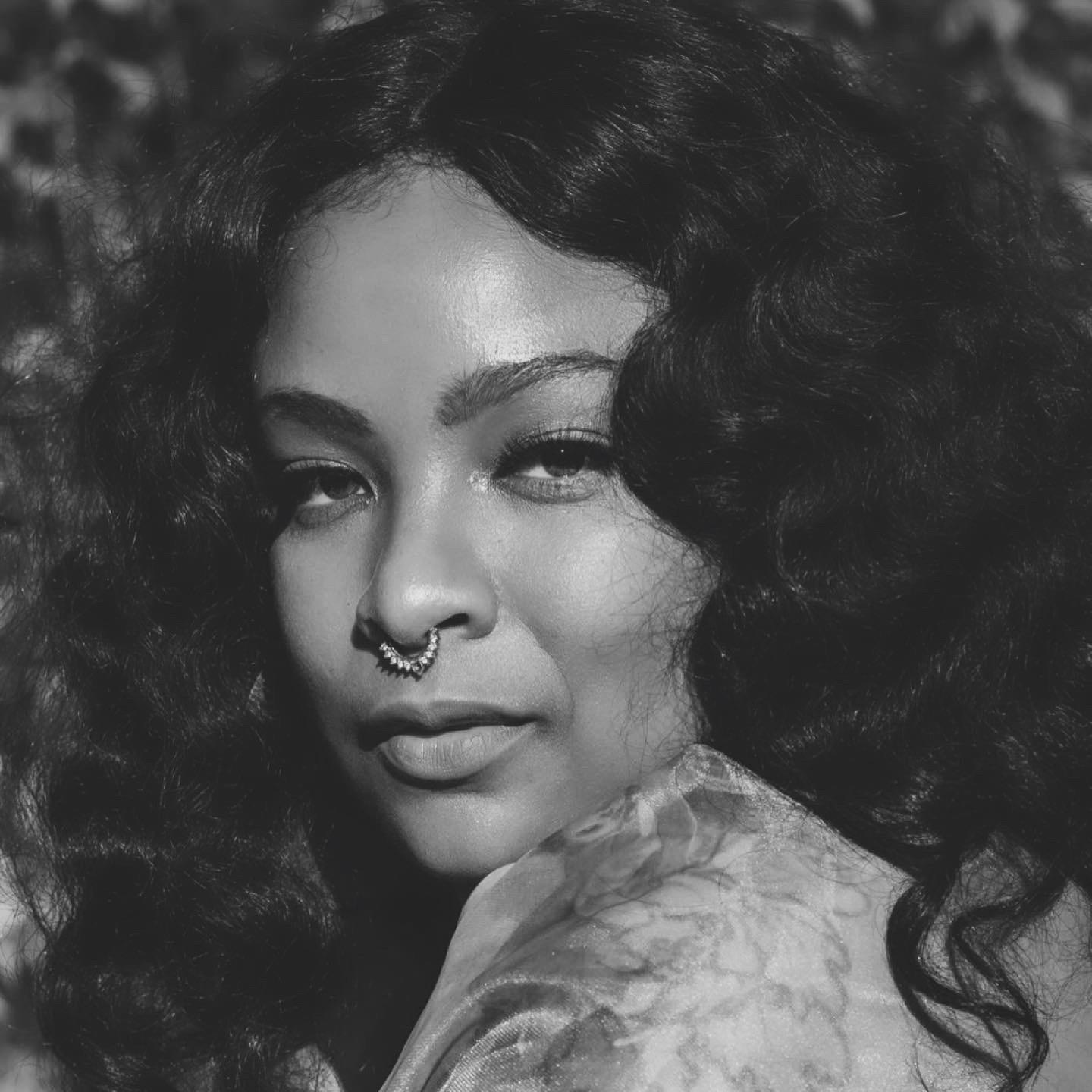 Johnette Marie is a producer, teacher, thinker and creative whose work spans poetry, prose, film, photography and collage. Process, grief, and Black liberation are core to Johnette’s provocations yet the study of nature and spiritual herbalism are Johnette’s most prominent and current muses. Believing in self as the basic revolutionary unit, Johnette’s path reflects a commitment to community organizing and self study. With an MFA in Creative Writing and a Masters in Urban Affairs, Johnette’s methodologies draw liberally from her academic training while also recognizing art and the integration of our many selves as the truest site of knowledge and wisdom.

Photo courtesy of the artist

Rob Stull is an accomplished illustrator, storyteller, curator and teacher from Boston, Massachusetts. With a professional career spanning three decades, he is a comic book industry veteran who has worked for every major publisher in the industry. Stull’s comic book projects include: Spider Man Adventures, Friendly Neighborhood Spider Man, Marvel vs Capcom 3, Iron Man, Uncanny X-Men, X-Force, Wolverine, New Mutants, 52, Nightwing, JLA, Firestorm, and more. He has been published by Marvel, DC, Image, Top Cow Productions, Chaos Comics, Crusade, Dark Horse Comics, Aspen, Lion Forge and others. His work has been exhibited throughout the United States and internationally. He is featured in the books The History of American Graffiti (2011) and Black Comix: African American Independent Comics, Art and Culture (2010). Outside of comics Stull has produced art and illustration work for the music and entertainment industries. In 2019, Stull was the first African-American artist-in-residence at the Museum of Fine Arts in Boston and his work was featured in the ground-breaking exhibition “Writing The Future: Basquiat and the Hip-Hop Generation.” The exhibit celebrated the pioneers and legends of the post 80's graffiti/hip-hop movement of New York City. His long list of clients and collaborators include, Camp Lo, Clear Channel, Cornerstone Promotions, Dinco D from Leaders Of The New School, Guru from Gang Starr, Nubiatik Publishing, Red Pill Productions, The Fader Magazine, The Matrix Films, Time Warner, Tommy Boy Records, Tribeca, Virgin Records America Inc. and Warner Brothers.

Born in the Bronx in New York City, Saladine T. Wallace is known to the world as musician/artist Geechi Suede of the iconic group Camp Lo. Signed to Profile/Arista/Sony Records in the early 90s, he emerged onto the music scene in 1995 with his first hit single titled “Cooley High,” and featured in the film The Great White Hype starring Samuel L. Jackson, Jamie Foxx, and Damon Wayans. Following up in 1997 with the timeless classic "Luchini aka This Is It," from the successful debut album Uptown Saturday Night. With co-writing credits on Jay Z’s platinum single "Feeling it," he solidified and cemented his place in music and Hip-Hop culture forever. Geechi Suede continues to tour the world and is currently releasing new music while perfecting his craft in his other two passions of film and fashion. Be on the lookout for more lavish colorful art from this eclectic spirit.

Arielle Gray is a Black queer storyteller and artist currently based in Boston. She is an arts engagement producer at WBUR, Boston's NPR station, where she also reports on Black and brown communities through the lens of art and culture. Her art examines the liminal spaces between her various identities- queer, Black and neurodivergent- to find places of possibility and creation. Recently, her writing has appeared in Cosmopolitan, Glamour, the Boston Art Review and ZORA Magazine and her artwork has been featured in the Boston Globe and Boston Art Review. In 2021, she, Cierra Peters, and Jen Mergel co-curated Combahee's Radical Call, a multi-modal exhibit exploring Black feminism in Boston at the Boston Center for the Arts. She is a 2020 Create Well Fund awardee and a 2021 A4A artist-in-residence at the Massachusetts Museum of Contemporary Art.

How to Reserve Tickets

Advance registration is required for free timed entry tickets. Reserve your ticket online by clicking the RESERVE YOUR TICKETS button above.

Please note: While the City of Boston’s vaccination and mask mandates are lifted for general museum visits, the Gardner maintains its proof of vaccination and mask requirements for free and ticketed events in Calderwood Hall. Please visit the Know Before You Go web page for additional information, including accepted forms of documentation, or contact the Box Office at 617 278 5156 for further assistance.

Free days are supported in part by the Wallace Minot Leonard Foundation.

The Visiting Curator of Performing Arts is supported by Amy and David Abrams, the Barr Foundation ArtsAmplified Initiative, and The Andrew W. Mellon Foundation. SEEDS is supported by the National Endowment for the Arts.

Drawing the Curtain: Maurice Sendak's Designs for Opera and Ballet was organized by the Morgan Library & Museum, New York, and reimagined by the Isabella Stewart Gardner Museum for its Boston premiere.

The Museum also receives operating support from the Massachusetts Cultural Council, which is supported by the state of Massachusetts.