The Art of Sound

Of the five senses, sight seems to dominate our contemporary life, with its overload of visual stimuli from advertising to artworks. But hearing is a close second. Listen Hear: The Art of Sound explores some of the ways sound affects our environment, our bodies, and our state of mind.

Listen Hear: The Art of Sound is a group exhibition featuring seven sound works in the Gardner and two off-site pieces of public art. Spread across both the Gardner's historic and new buildings, the works demonstrate the rich variety of this contemporary medium. The two public art pieces outside the Museum offer new ways to experience the city of Boston. Fens (a downloadable app) is an immersive listening walk in a nearby park, while Harmonic Conduit live-streams from city streets around the Ruggles T station.

Sound in general, and especially music, was important to Isabella Stewart Gardner. Throughout her life she supported musicians and composers, organized musical evenings for her friends, and regularly attended other concerts. Gardner understood that sound plays a critical role in creating a sense of place, and installed fountains in and around the Courtyard to make sound a permanent feature of her Museum.

Listen Hear is a different kind of museum experience, offering new insights into the spatial, social, and aesthetic dimension of sound.

About the work:
O+A transforms noise into harmony at the busy urban transportation hub of Boston’s Ruggles Station. Two communities, essentially divided by the architecture and functionality of the station with its roads and rail lines, will be connected by a conduit of harmonic sound waves.

The soundscape at Haley House Cafe in Lower Roxbury will be a primary source. Using a special “tuning tube,” the sounds of traffic, people, music, bicycles, and jets, will be transformed into harmonic resonance, and played back in real-time from specially designed speakers mounted on the monolithic wall on the Northeastern University side of the station. (The tuned sound will also be played back in the Cafe’s vestibule in real time.)

The quite different soundscape of Northeastern University with its hive of activity, trains, busses, voices, electrical hums, will be transformed into harmony and heard from overhead reflections from the vaulted glass arch on the other end of the station. The sonic identity of the station will be altered by the addition of a soft halo of harmonic resonance, coupling with the station’s architecture, creating a new way to hear and feel urban space. And a new way to hear the connection between two communities.

About the Artists:
Bruce Odland and Sam Auinger are sonic thinkers, composers, and sound artists whose central theme is a "Hearing Perspective” of the world we live in. They are known for their large scale, public space sound installations, which transform city noise into harmony in real-time. O+A have been altering the sonic identity of public spaces with large scale installations since their first resonance installation in Trajan’s forum in Rome, “Traffic Mantra” in 1991. They generate harmony from the chaos of urban noise with “tuning tubes” and specially designed loudspeakers. They have created over 30 such works, both temporary and permanent around the world. Starting in 2009 O+A began to focus on the idea of a "Sonic Commons”, questioning the dominance of the visual culture in our perception of the world.

About the work:
A responsive sculptural installation that reacts sonically to your presence. A digitally fabricated cellular textile comes to life with a mixture of whispers that approach human speech along with clicks, gentle tones and vibrating sounds creating a quiet chorusing. Inorganic forms become conscious and communicative through digital magic.

About the Artist:
Philip Beesley is an architect who teaches at the School of Architecture, University of Waterloo, and is Professor of Digital Design and Architecture & Urbanism at the European Graduate School. He is the Director of the Living Architecture Systems Group. Philip Beesley’s work is focused in the rapidly expanding technology and culture of responsive and interactive systems. 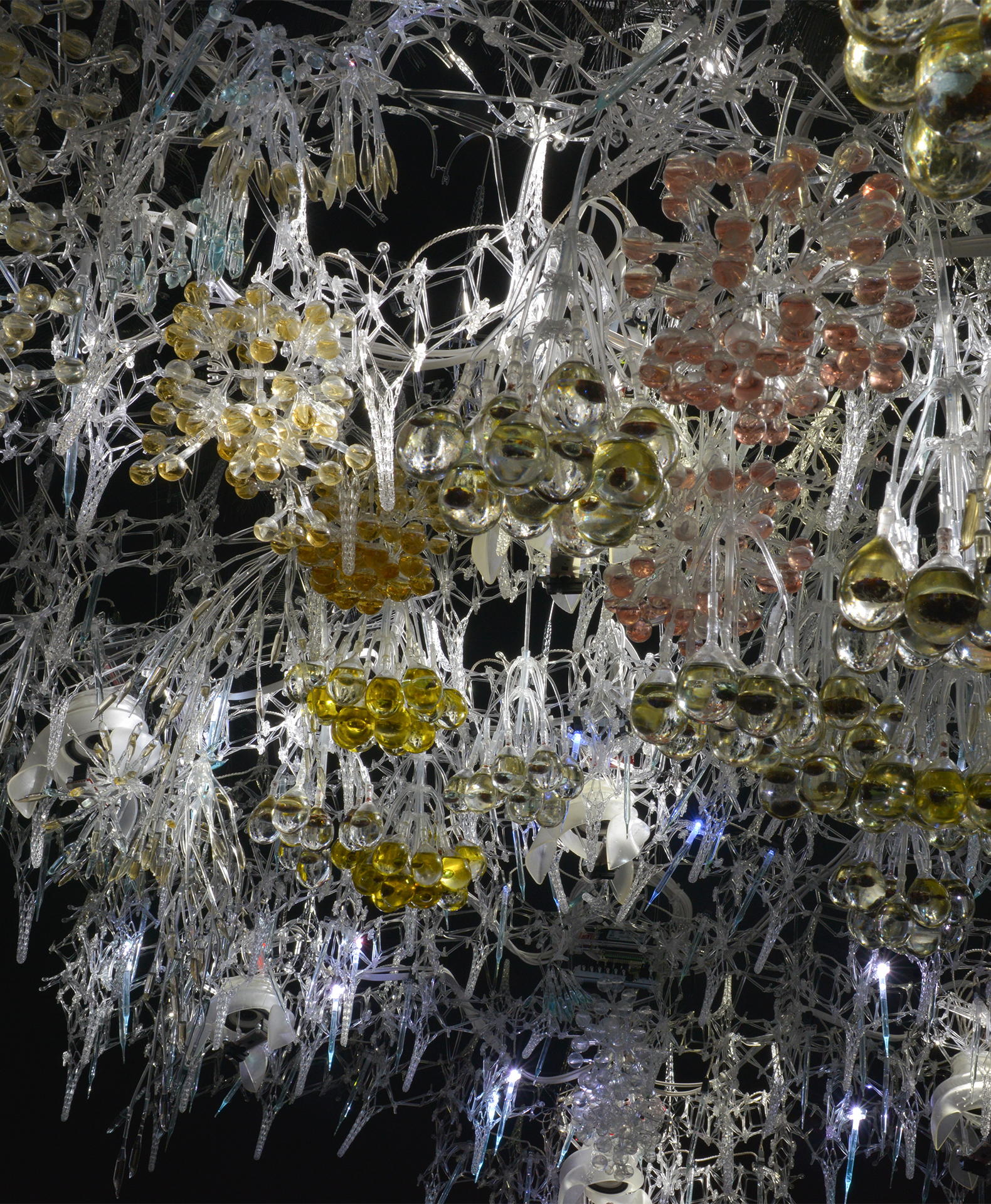 About the work:
A sonic evocation of Vermeer’s Concert stolen in 1990. This installation honors the absent painting in a very new way as fragments of sound suggest what was once there. The sounds of a harpsichord playing and someone singing will be reminders of the intimate scene portrayed in the painting.

About the Artist:
Moritz Fehr’s work investigates the nature of sound in terms of metaphorical presence and spatial implications. 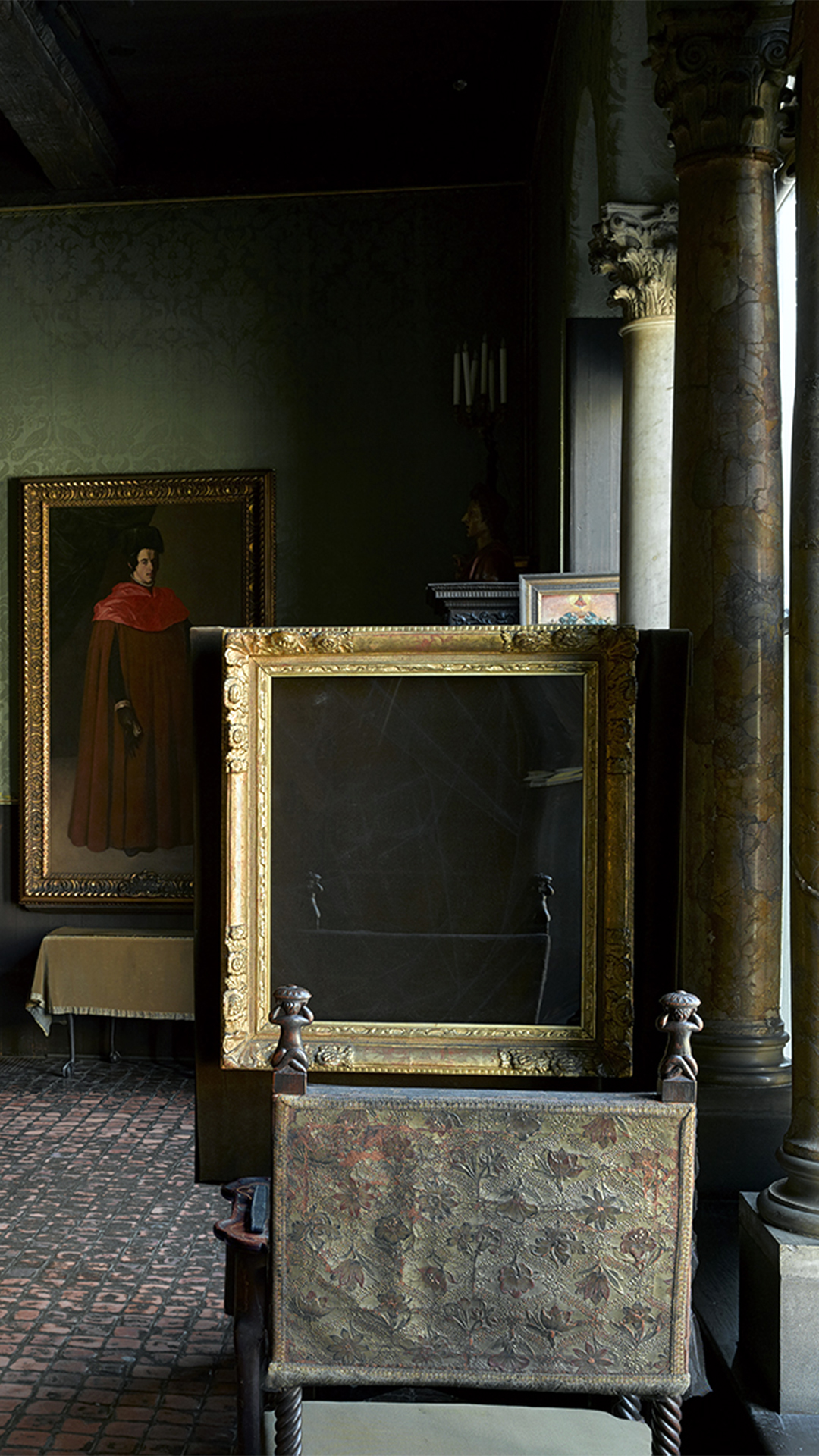 About the work:
A meditation on the long history of music making at the Gardner Museum. Like clouds and shadows the experience of musical performances is fleeting. Inspired in part by the sounds that have echoed in the galleries over the last hundred years, this composition plays with texture, time and memory.

About the Artist:
David Grubbs is Professor of Music at Brooklyn College and the Graduate Center, CUNY. At Brooklyn College he also teaches in the MFA programs in Performance and Interactive Media Arts (PIMA) and Creative Writing. 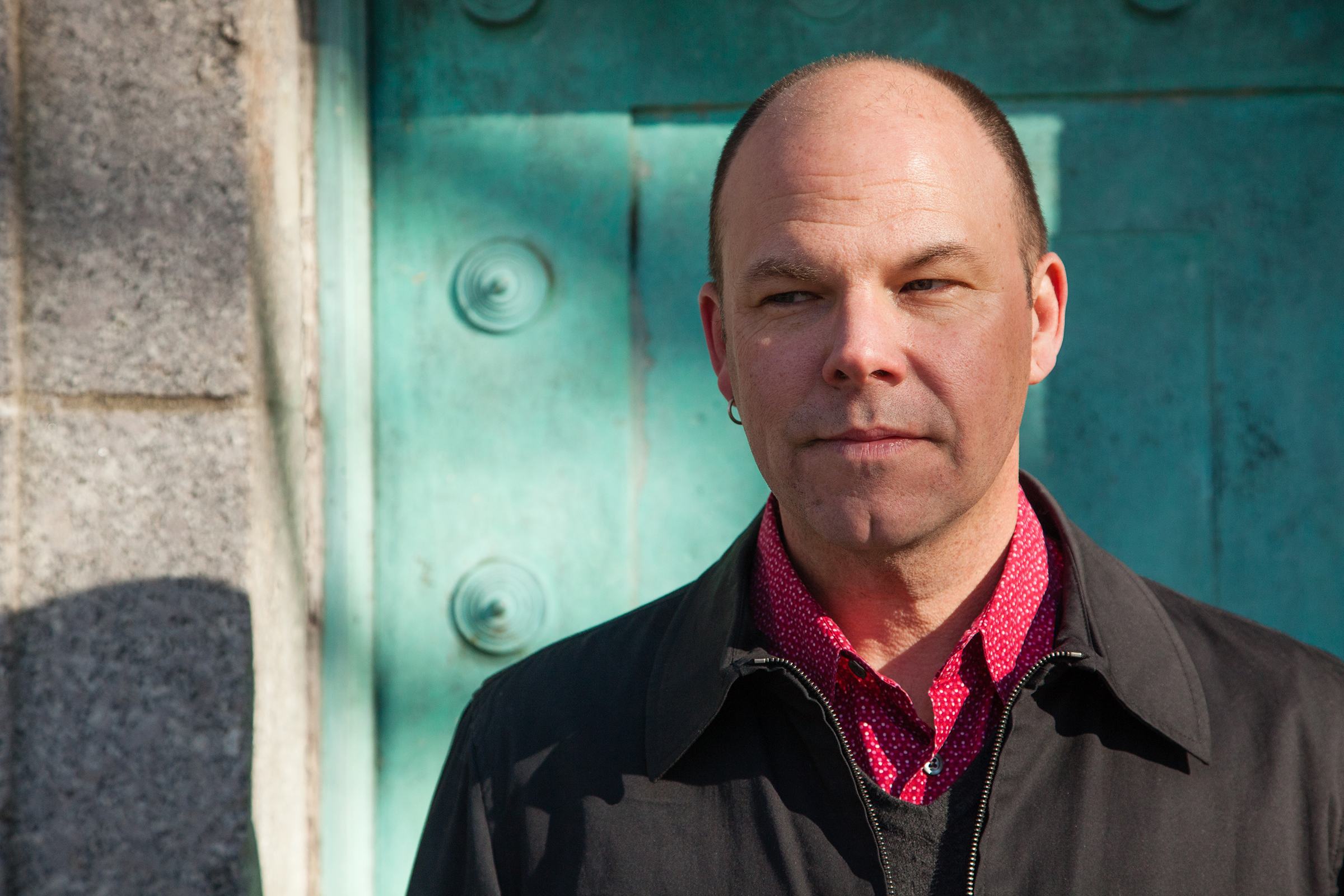 About the work:
This interactive listening space presented soundscapes from a variety of Boston neighborhoods. Together with four community organizations (located on the room-sized floor map), Elisa Hamilton gathered signature sounds from Boston’s past and present, and then edited the results into visually arresting vinyl records. Visitors were encouraged to explore the sounds and to participate in a communal audio experience.

About the Artist:
Elisa H. Hamilton is a Boston multimedia artist whose practice focuses on the creation of inclusive artworks that emphasize shared experiences and the inherent joy of our everyday places, objects, and experiences. 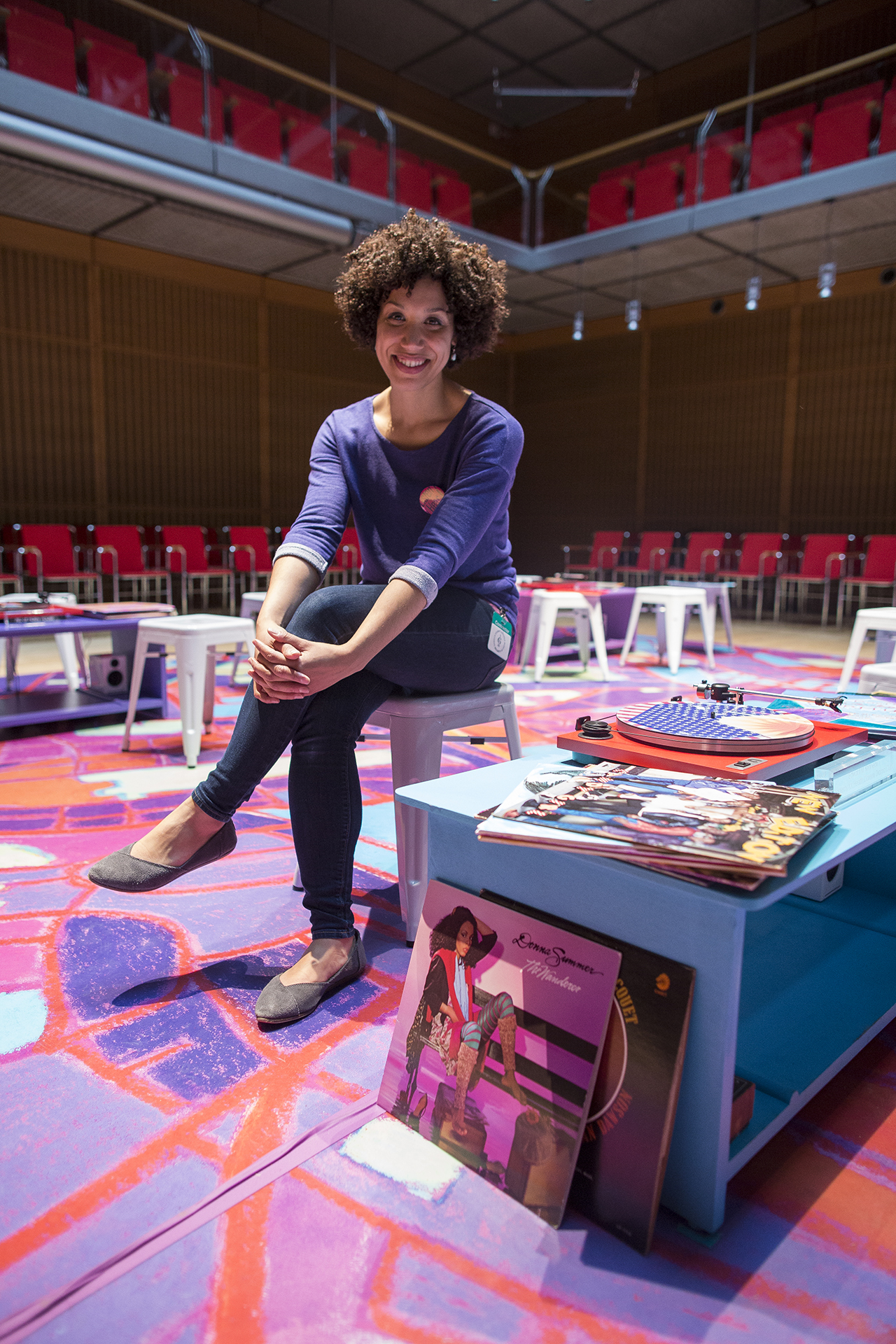 About the work:
A subtle soundscape composed of insect sounds and amphibian night calls. Intending to heighten our awareness of the Museum Courtyard installation and to reveal how often natural sounds are neglected or drowned out by human noise.

About the Artist:
Paris-based Lee Mingwei is known for participatory installations that explore issues of trust, intimacy and social connection. The artist invites you to sit around the courtyard and listen to a soundscape that blurs the distinction between inside and outside, nature and artifice. 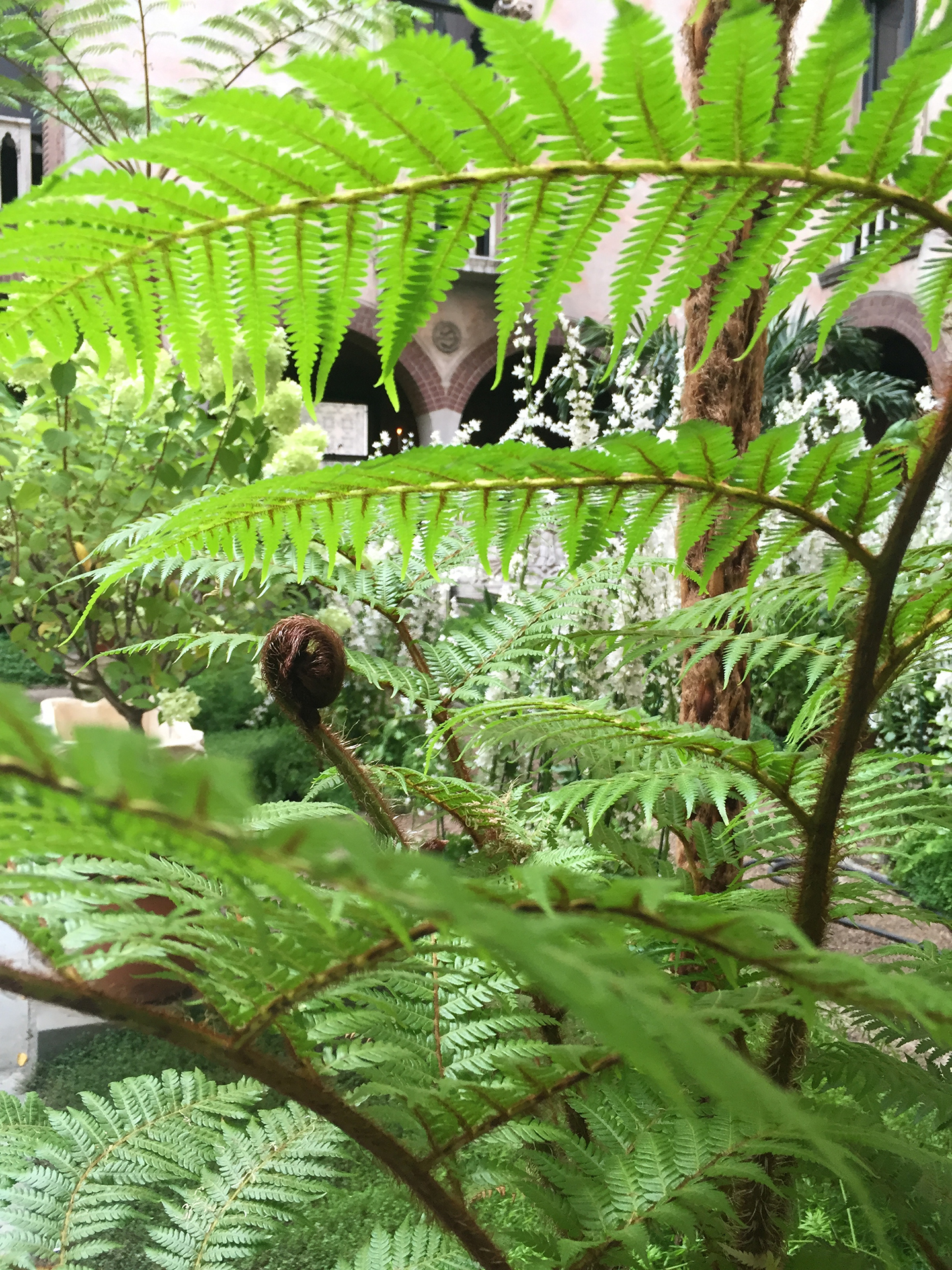 (American, b.1970)
Municipals, 2017
Six-channel audio piece
On view Fridays only

About the work:
Constructed with a set of quadraphonic location recordings made in three kinds of public places: branches of the Boston Public Library, Boston City Hall, and designated urban wilds. At each site, simultaneous with the recording, Helen Mirra plays various small instruments: echo harmonica (libraries), morchang (urban wilds), and wood block. The harmonica and the morchang are played at the pace of breath and the woodblock follows the pattern of rolldowns used in zen temples to signal time. Complementing this primary material are recordings from an unpolished and understated performance by Mirra on orchestral bass drum, tom, and snare in Boston's acoustically remarkable Cyclorama.

About the Artists:
Helen Mirra is a conceptual artist, who explores the relationships between things rather than things in themselves.
Ernst Karel makes experimental nonfiction sound works for multichannel installation and performance. He teaches sonic ethnography at Harvard University. 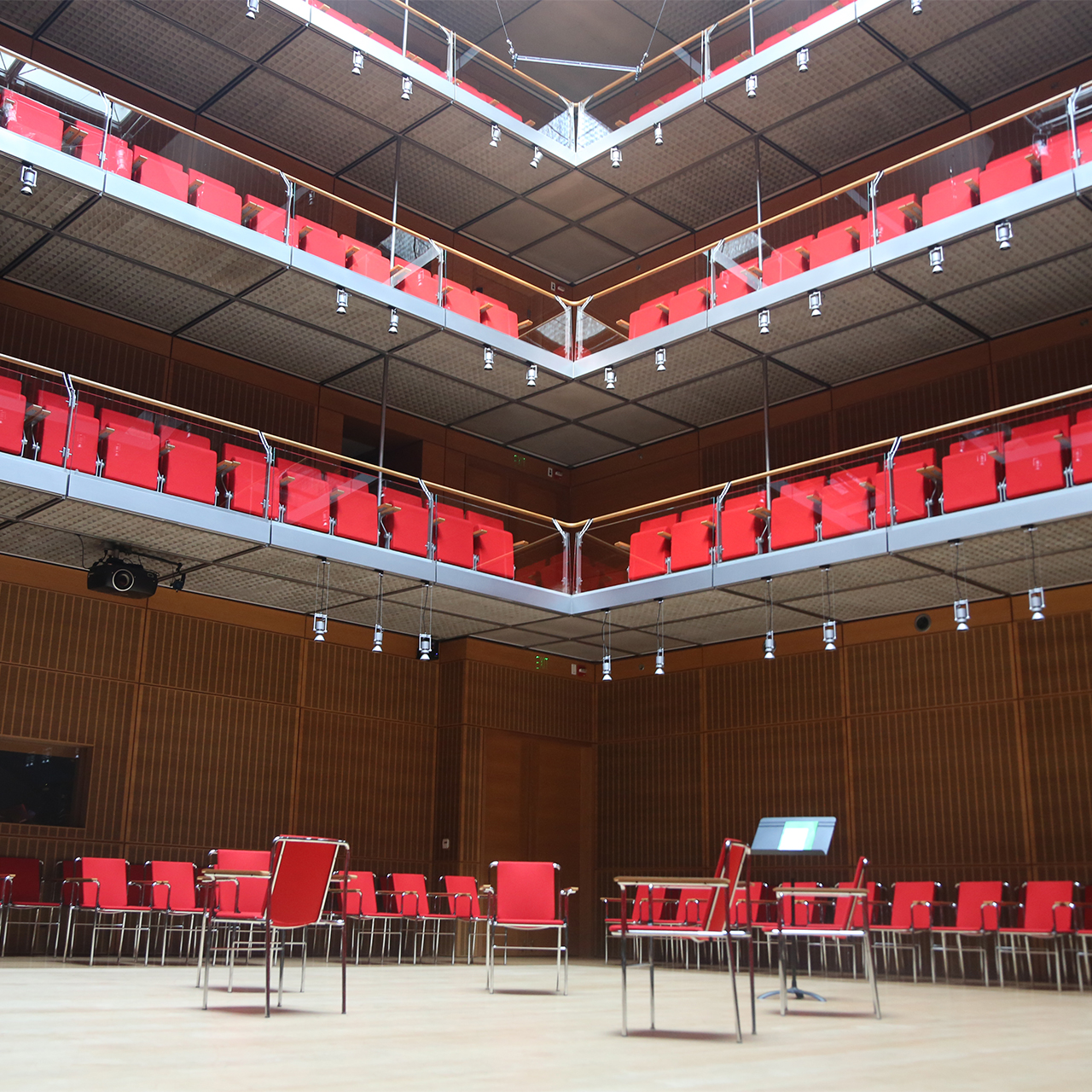 About the work:
An immersive soundscape of sound and light. Shattering the melody of a piece of music by Claude Debussy into a burst of notes gives a new understanding of the power of sound to shape our sense of gallery space.

About the Artist:
Philippe Rahm is a principal in Philippe Rahm architectes based in Paris, France. His design approach is based on the dissociation of ideas: to deconstruct the “whole” into its elements, and then to recompose it according to a new hierarchy of priorities and needs. 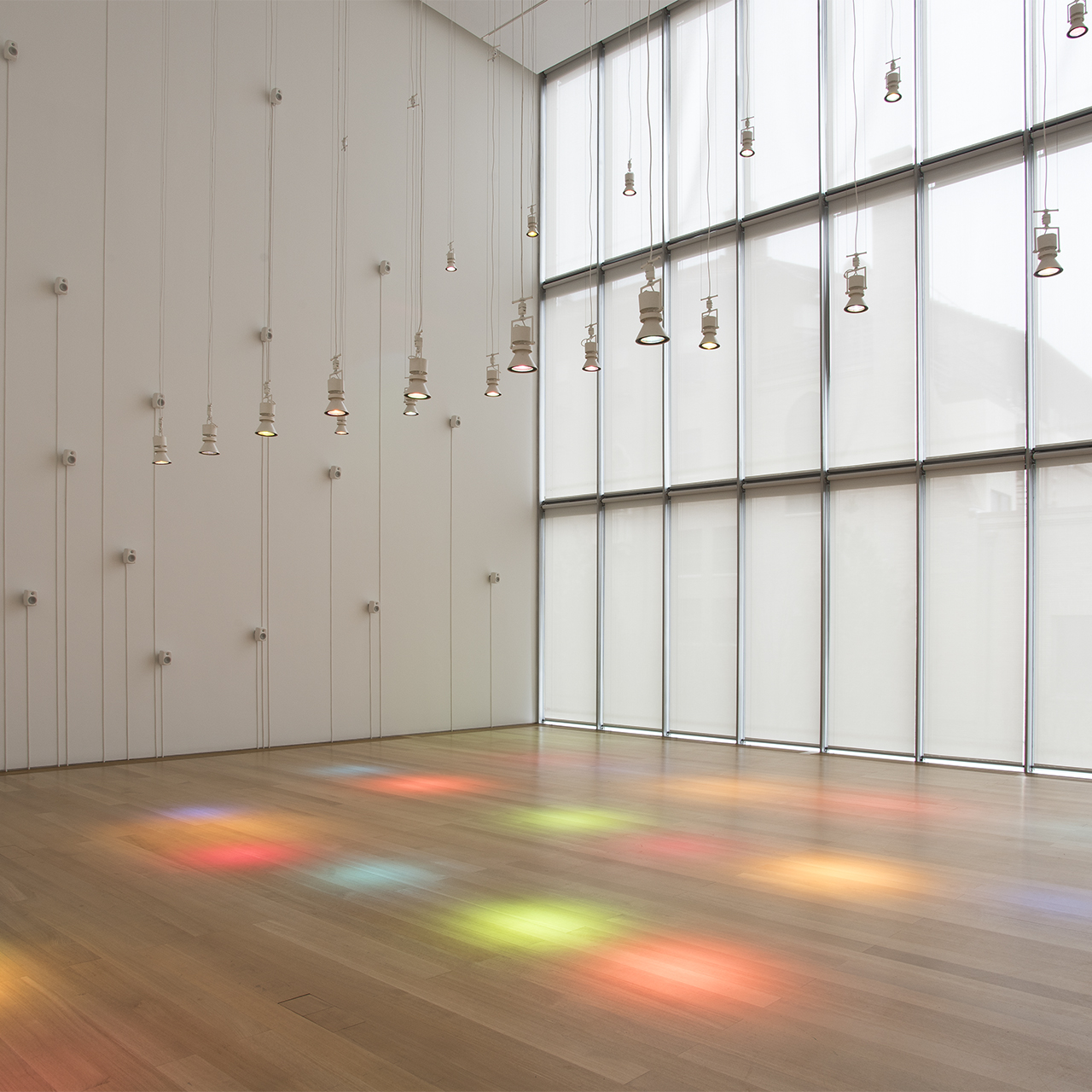 About the work:
Fens is an emplaced, responsive sound piece that introduces another layer onto the palimpsest that is the Back Bay Fens. Rather than a physical intervention, however, this one is invisible, experienced through engaging in the act of listening while simply being in the park. Made for headphones connected to an Android or iOS device running the freely downloadable app, Fens creates an auditory environment in response to a participant’s location as they explore the park. The piece extends throughout the entire area from the Riverway to the west, to Charlesgate to the northeast.

The piece is composed mainly from location recordings made in the Back Bay Fens in different seasons, different weather, at different times of day and night. Inspired by Olmsted’s fascination with parks as confluences of natural and social processes, the piece takes up landscape as a site of interaction between human and non-human elements evoked through sound. Formerly present moments are re-enlivened as audio; layers of time become audible and blend with the contemporary moments of each encounter. A variety of sounds from fragments of speech to fragments of birdsong, weather to waterways, foreground to background to underground, evoke the different scales and temporalities of human and non-human processes that shape the landscape. A unique sequence of sounds unfolds with each itinerary as visitors explore the site, following their curiosity and pursuing cues implied by the features of the environment itself. 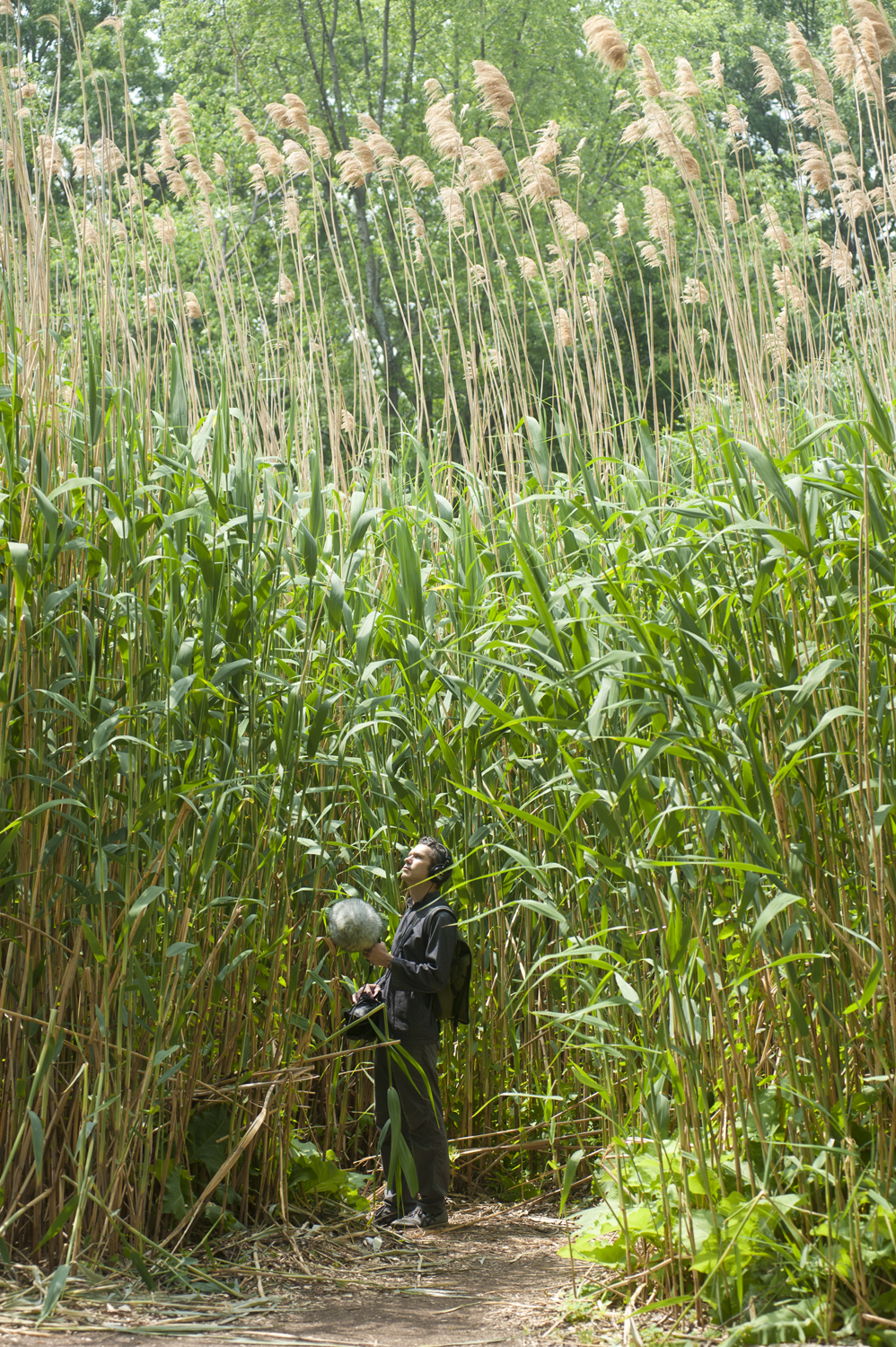 About the work:
Five cats portrayed in a close up take on very human expressions. Listening to the sonic vibrations of their purrs reveals the startling individuality of each cat, and it is an invitation to listen deeply beyond ourselves to nature and to the nuances of wordless communication.

About the Artist:
Su-Mei Tse is a musician and artist whose work often combines visual and sound components.

Listen Hear: The Art of Sound has received generous support from the Boston Foundation, the Andrew W. Mellon Foundation, and the Barr Foundation. The exhibition also is supported in part by the National Endowment for the Arts, the Massachusetts Cultural Council, which receives funding from the State of Massachusetts and the National Endowment for the Arts, as well as by the Boston Cultural Council, a local agency which is funded by the Massachusetts Cultural Council, administrated by the Mayor's Office of Arts and Culture. Additional support is provided by Goethe-Institut Boston, Northeastern University, Haley House, and Emerald Necklace Conservancy.
Media Sponsor: WBUR