Honor the legacy of Dr. Martin Luther King, Jr. with stories, sign-making, conversation and music. Artists and thought leaders will share reflections on themes of justice, equity, art, and empowerment, and invite participation in activities throughout the day. 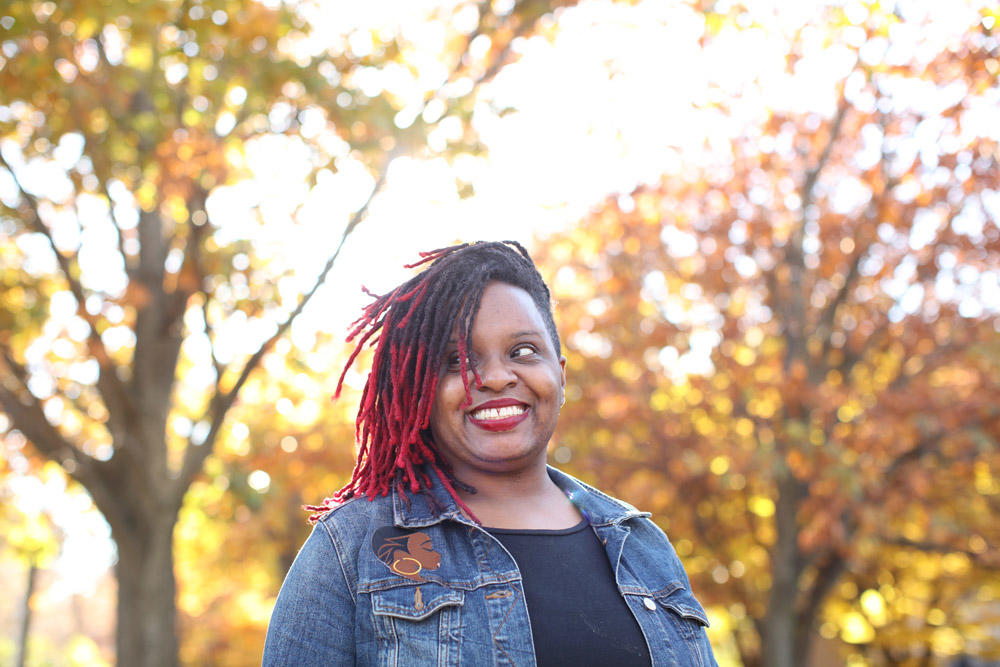 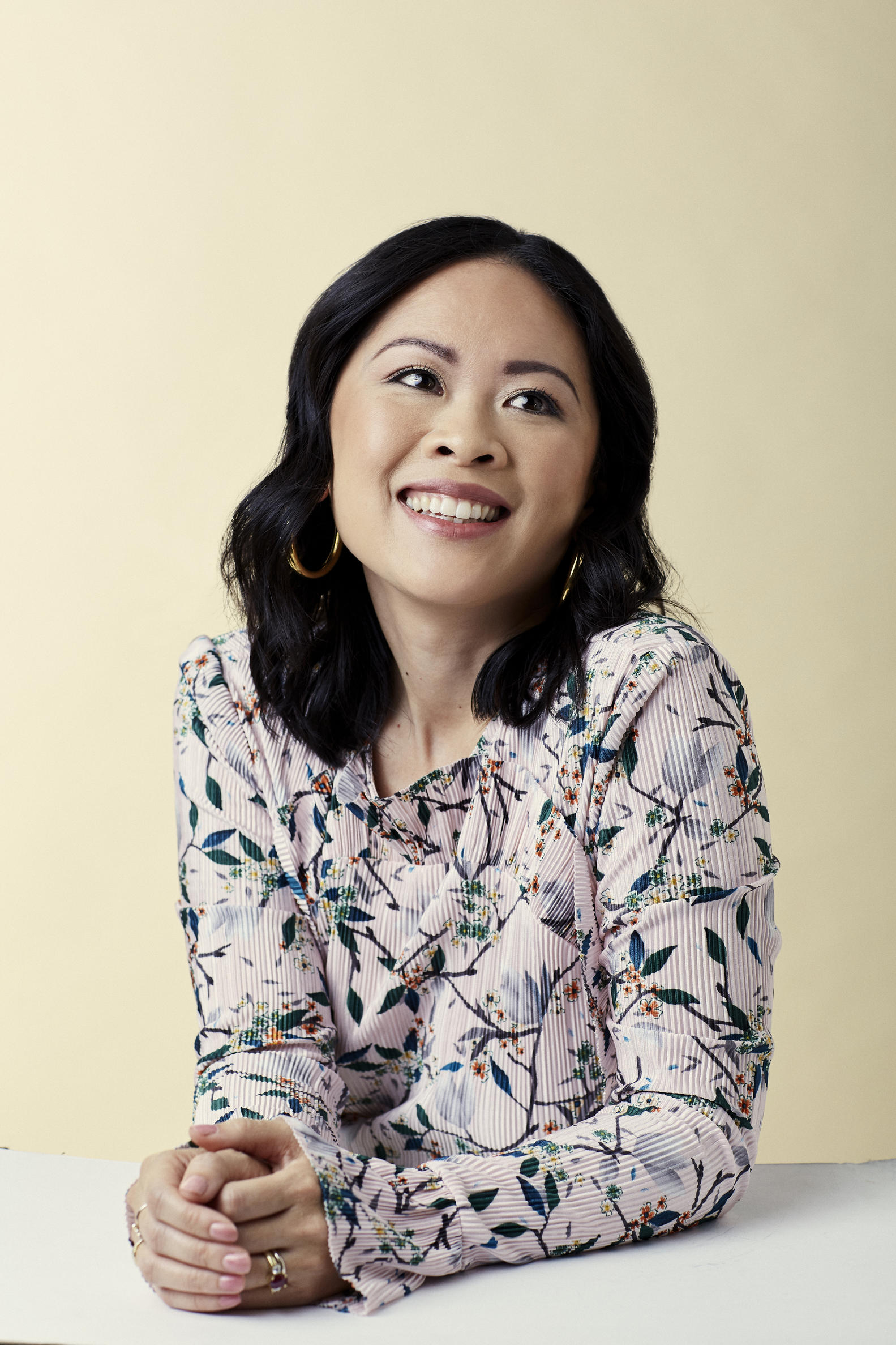 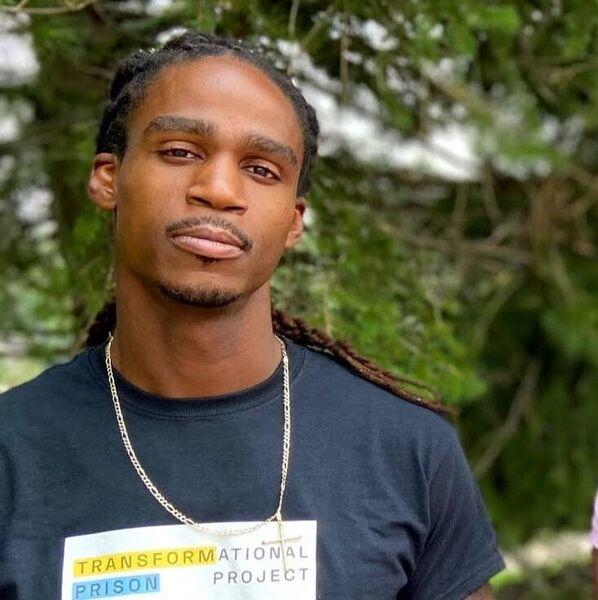 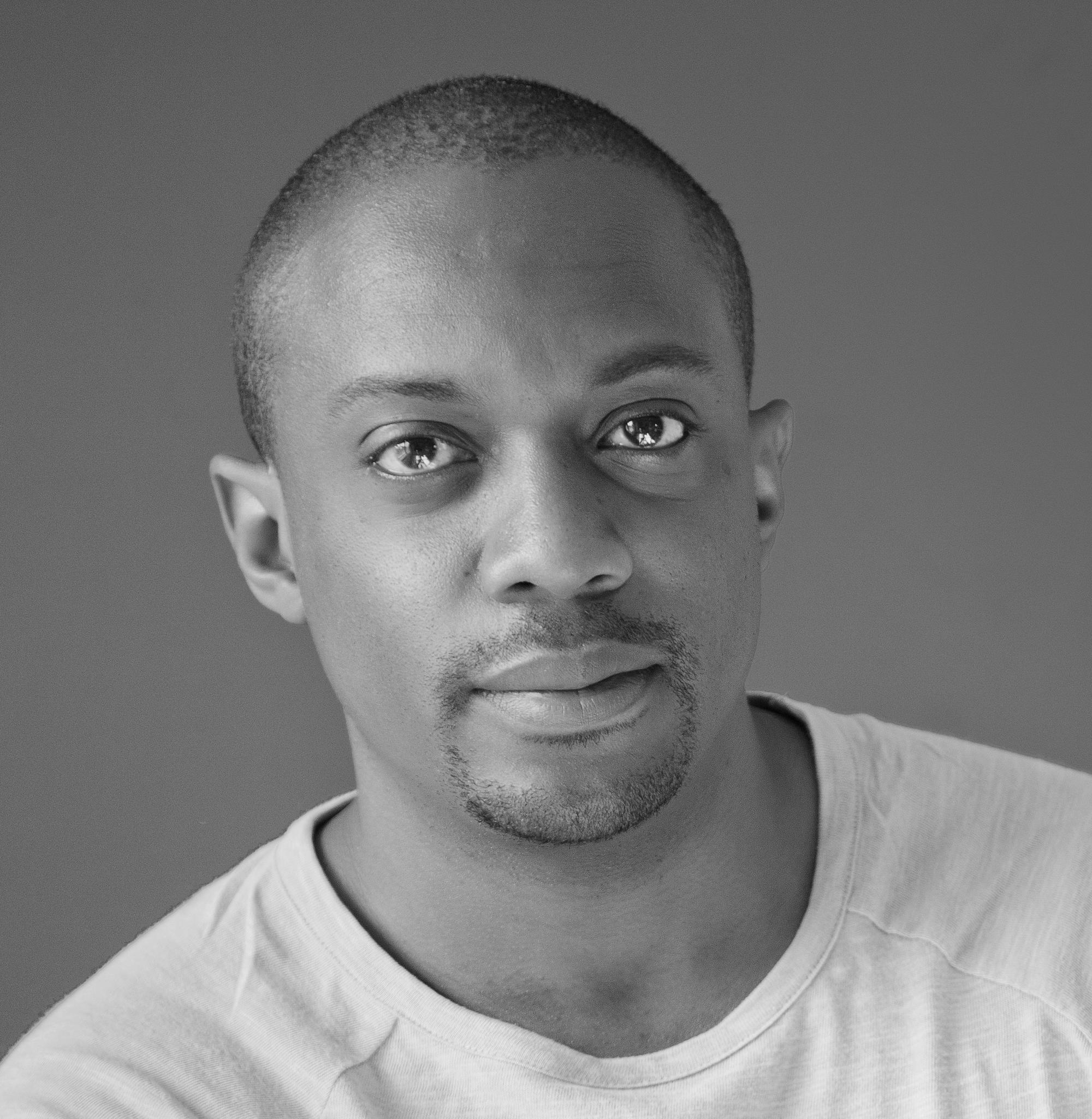 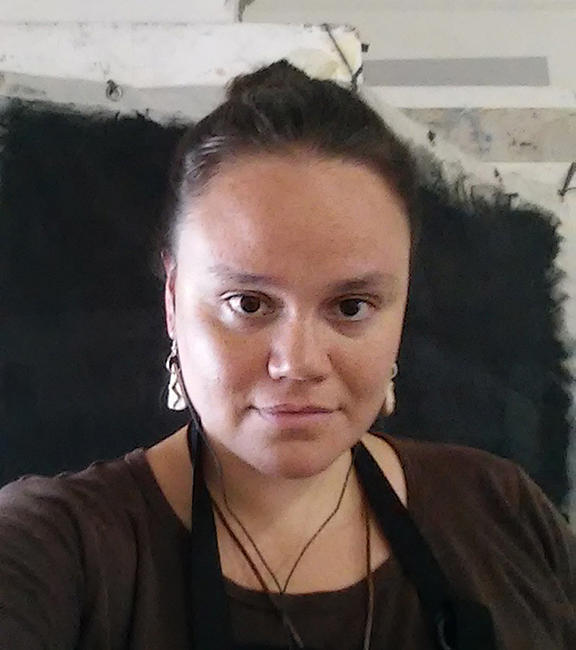 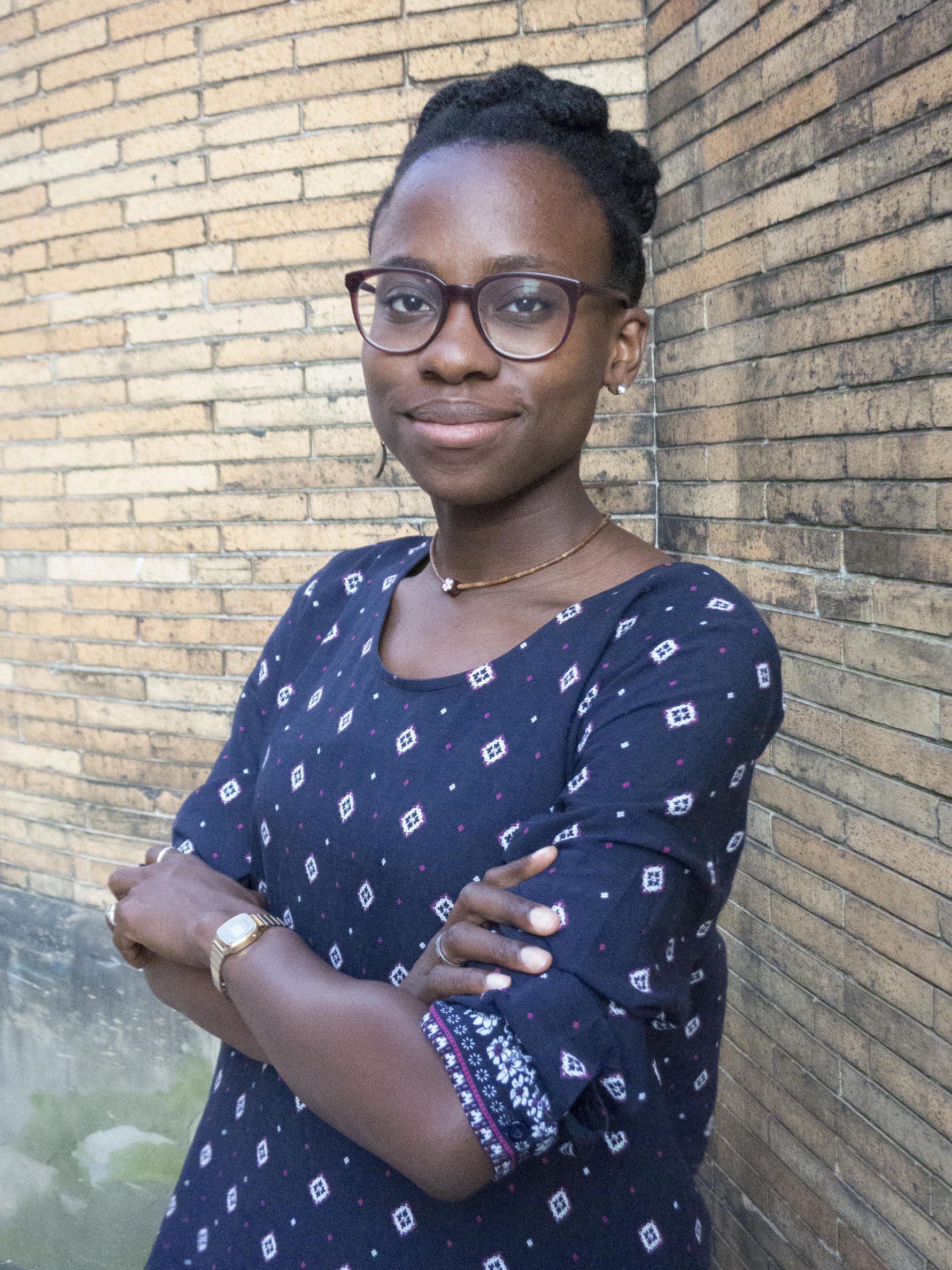 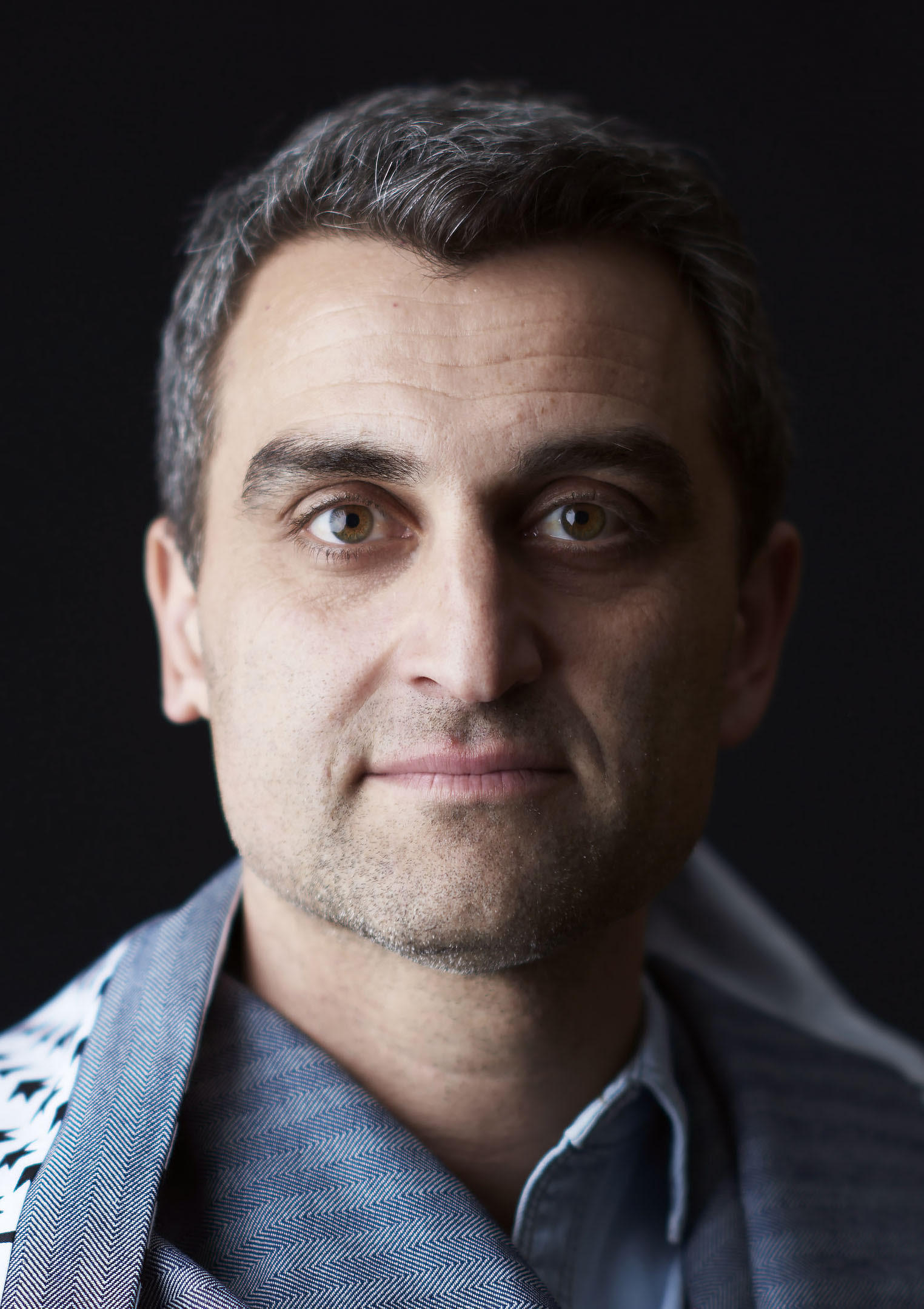 Little Uprisings is a collaborative and liberative racial justice program for kids. They endeavor to: Build long lasting, sustainable, and deep relationships with schools and educators that result in deeply rooted change within institutions. Create programming that centers itself in joy and play - and inspires, educates, and revolutionizes our youth. Affirm our children of color, and make accomplices out of our white children. Partner with community spaces and existing organizations to bring racial justice work to their forefront. Little Uprisings is founded by Tanya Nixon-Silberg, who is a black mother, artist, educator and facilitator. You’d mostly find Tanya playing, radicalizing and learning from her 10 year old, dreaming up new and fun ways to engage children in racial justice and radically imaging how we all get free. Tanya has worked with the MFA, Boston Public Schools, Puppet Showplace Theater, Eliot School of Applied and Fine Art, ICA/Boston, and Boston Public Library.

Photo of Tanya Nixon-Silberg Courtesy of the Artist.

Yng-Ru Chen (she/her) is the Founder and CEO of the Boston-based Praise Shadows Art Gallery. Founded in December 2020, the gallery is a hybrid space emphasizing exhibitions by emerging and mid-career contemporary artists, a retail space for art books and lower-value works made by artists, and mentorship for young talent. She also oversees Praise Shadows Art Partners, which works closely with artists to develop opportunities in emerging models of creativity and entrepreneurship — exhibitions, commissions, brand partnerships, new technologies, original concepts that no one has ever tried before. She previously worked at MoMA P.S.1, Sotheby's, Asia Society, and Tattly. www.praiseshadows.com.

Eric M. Anderson is a Returning Community Member, Poet, Mentor, Chef, Director, Husband, Father, Human, a lifetime student of Restorative practices, and a self-proclaimed “street kid”. He has over eight years of leadership experience with Restorative practices, and community-based initiatives. After spending his late teens and 20’s inside the Massachusetts Correctional Systems, Eric followed his passion for cooking and became a Culinary Supervisor leading the hot production at the Boston Convention Center. When work stopped due to COVID-19, he quickly pivoted and began working with his uncle at Frugal bookstore, a beloved Black-owned bookstore in the heart of Roxbury. It was in this role that Eric first discovered his skill and passion for communications and media, catapulting him into his current position with the Transformational Prison Project (TPP) as the Director of Communications and Special Projects. At TPP, Eric oversees all communications projects including the website, social media sites, and business pipeline, as well as helping to develop programming. Over the last four years, he has spent time volunteering with Community Servings, Everyday Boston, Turn It Around Charlestown, and Heal Boston, as well as mentoring young men through Roxbury District Court’s CHOICE Program. He is a fellow with Communities for Restorative Justice and on the Board of Directors for Justice 4 Housing. Eric has a particular passion for working with young people in DYS and helping them to navigate through the system and reenter the community successfully. “My job is to engage with people, hear what their desires, values, and dreams are, and find a community that will listen and is willing to help them.”

Photo of Eric M. Anderson Courtesy of the Artist.

Erin Genia, Sisseton-Wahpeton Oyate (she/her) is a multidisciplinary artist, educator and community organizer specializing in Indigenous arts and culture. Genia’s work in these areas is focused on amplifying the powerful presence of Indigenous peoples on the occupied lands of America in the arts, sciences and public realm to invoke an evolution of thought and practice that is aligned with the cycles of the natural world and the potential of humanity. Genia’s artistic practice merges Dakota cultural imperatives, pure expression, and exploration of materiality with the conceptual. Erin is fluent in multiple modes of expression: sculpture, fiber, sound, performance, digital media, painting, printmaking, jewelry and ceramics. Her work has received attention from diverse audiences, and has been exhibited nationally and internationally, at the Urbano Project in Boston, the Venice Biennale, Ars Electronica, the Museum of Northwest Art and the International Space Station. Erin has an M.S. in Art, Culture and Technology from MIT, an M.P.A. in Tribal Governance from the Evergreen State College and studied at Institute of American Indian Arts. She was awarded the 2021 Traditional Arts Apprenticeship Grant from Mass Cultural Council, the 2019 MIT Solve Indigenous Communities Fellowship and the AAF/ Seebacher Prize for Fine Arts in 2018. In 2021, she was named one of the ARTery 25, “Artists Of Color Transforming The Cultural Landscape” of Boston. Erin served as an artist-in-residence for the City of Boston in 2020 and the Institute of American Indian Arts in 2021, and her public art commissions include the Rose Kennedy Greenway, Tufts University Art Galleries, the Minnesota Historical Society, the City of Saint Paul and the City of Seattle Office of Arts and Culture.

Sabrina Dorsainvil is a public artist, illustrator, and civic designer whose work ranges from playful drawings to strategic design projects. Sabrina’s civic practice centers on navigating the human experience and uses creative approaches to issues around public health, civic participation, care infrastructure, and the built environment. Fascinated by people and the way we interact with each other and everyday spaces, Sabrina’s artwork focuses on storytelling and finding simple ways of celebrating people and their humanity. Recently, Sabrina served as the first Director of Civic Design for the City of Boston’s Mayor’s Office of New Urban Mechanics. Sabrina also serves as a member of several arts, design, urbanism and youth-centered nonprofit boards as well as a visiting artist, panelist, educator, advisor and lecturer in a variety of spaces. Sabrina has a BFA in Industrial Design from Massachusetts College of Art and Design and an MS in Design and Urban Ecologies from Parsons the New School of Design.

Eric Gottesman has never made an artwork alone. He teaches, organizes, writes, and makes art that aspires to be collaborative, questions accepted notions of power, and proposes models for repair. He is a John Simon Guggenheim Fellow, a Wide Awake, a Creative Capital Artist, a parent, a Fulbright Fellow, a co-founder of For Freedoms, and he co-created the book Sudden Flowers.

COVID-19 POLICY
Face masks, worn over the mouth and nose, are required for free and ticketed events in Calderwood Hall. In line with state and local guidance, we advise anyone who is unvaccinated, and encourage anyone who feels more comfortable, to wear a mask as they explore other areas of the museum.

ACCESSIBILITY
To request accessible or companion seating, or to inquire about other accommodations, please call the Box Office at 617 278 5156 in advance of the program.

Free days are supported in part by the Wallace Minot Leonard Foundation and the Liberty Mutual Foundation.

The Neighborhood Salon is supported in part by the Barr Foundation ArtsAmplified Initiative and the Polly Thayer Starr Charitable Trust.

The Museum also receives operating support from the Massachusetts Cultural Council, which is supported by the state of Massachusetts and the National Endowment for the Arts.