An everyday object in the 19th century, this small sombrero once held a special place in the Tapestry Room. Why? No one is quite sure.

A small sombrero once perched on the desk below the painting of Saint Engracia by Bartolomé Bermejo in the Tapestry Room.

Although it has now faded to gray, the hat is made of rich, dark green animal fur, possibly opossum, cat, or chinchilla, matching the color of the Saint Engracia painting hanging above it. The sombrero is not merely decoration; it is a pen wiper with a chamois cloth inside. In the 19th century, people wrote letters with quills or dip pens. Writers used pen wipers to remove excess ink from their writing utensils before committing pen to paper. 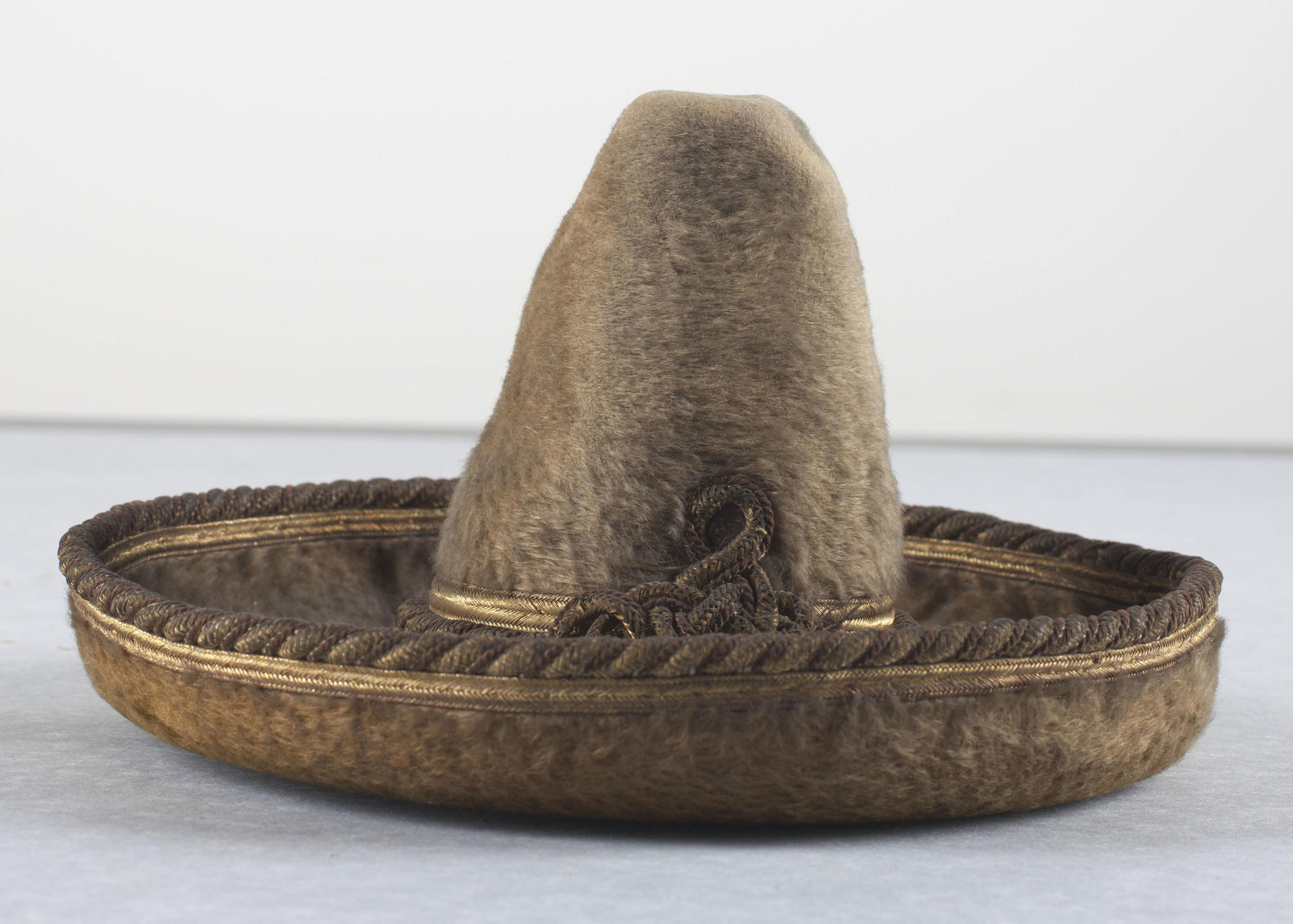 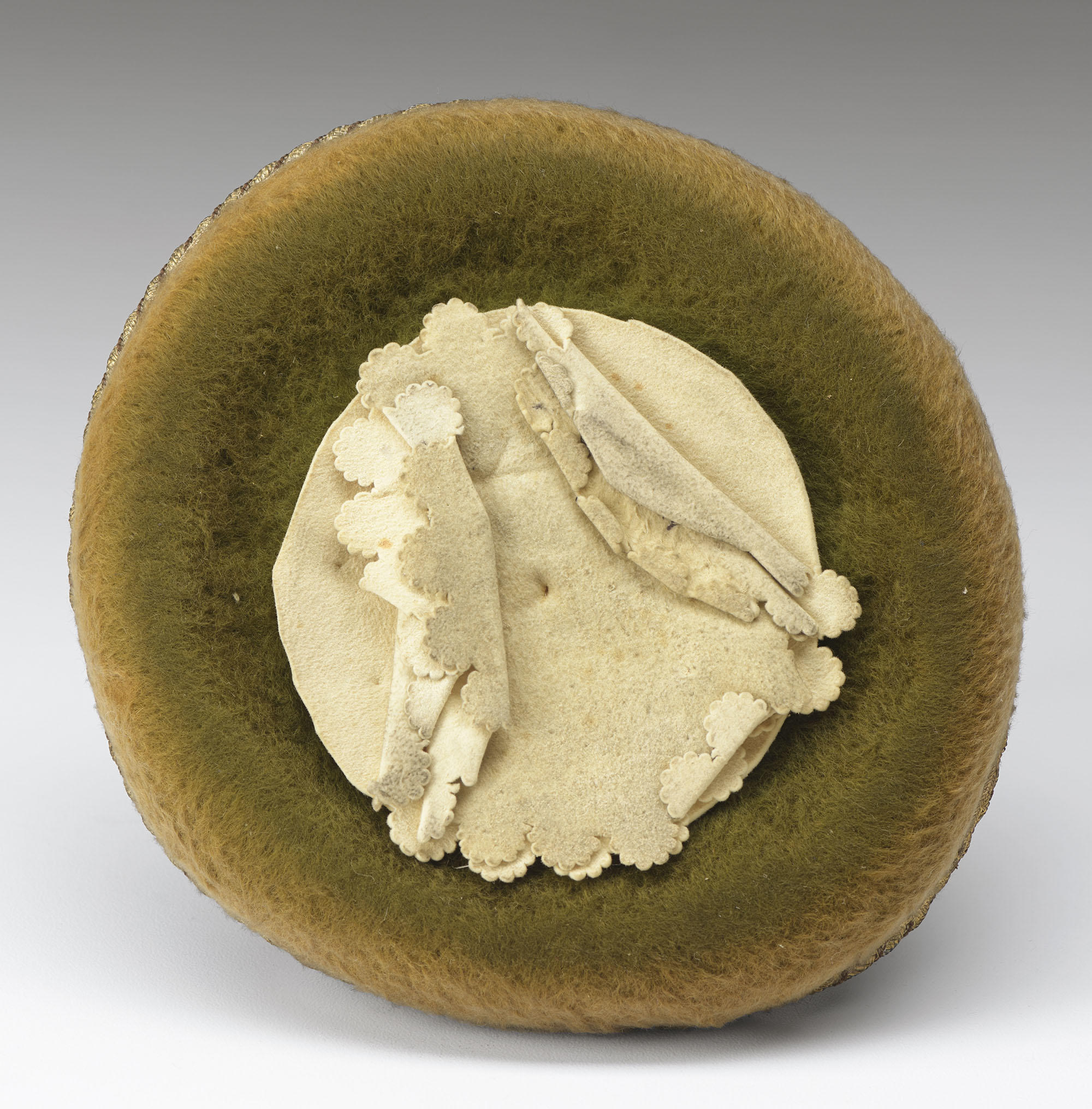 It is a mystery how this Mexican pen wiper ended up in Isabella Stewart Gardner’s collection. Pen wipers this elaborate were often purchased as gifts or souvenirs. In 1881, Isabella and her husband, Jack, traveled across the Western United States through California, and returned via New Mexico. The Gardners mapped their route, so we know at least that they crossed the border into Mexico during that trip.

In her travel journal, Isabella wrote, “…we went to El Paso April 2 & drove over into Mexico fording the Rio Grande del Norte four times.” Four years later, in February 1885, Jack Gardner also recorded a visit to Mexico in his journal. The Gardners could have acquired the sombrero on one of these trips—or it could have been a gift from another visitor to Mexico.

Isabella’s friends were as well traveled as she was, and frequently brought objects back to her from across the world. The Norwegian ethnographer Carl Lurnholtz and painter Dodge Macknight both wrote to Gardner about their experiences in Mexico. Painter Denman Ross, whose work from Mexico you can see in the Macknight Room, and his cousin Louise M. Nathurst, wrote to Gardner about their time touring Mexico in 1923. In a letter to Gardner dated March 11 of that same year, Nathurst promises: “It takes Denman a little time to start painting in a new country and he was tired out when we first reached here but now he is at it heart and soul so no doubt we will return with all sorts of records of the life in Mexico.” Perhaps the pen wiper was a gift to Isabella from Ross and Nathurst. Whatever its source, it was once a playful counterpoint to the formal setting of the Tapestry Room and gold-covered Saint Engracia.

The sombrero was kept in storage but has recently been returned to the Tapestry Room. See it there!