In winter of 2017, Museum visitors were invited to participate in a Saturday Open Studio workshop series developed in collaboration with Visiting Studio Artist Stephen Hamilton. During Studio workshops, visitors created works of art to take home and and considered various symbols and icons with which to represent themselves.

An installation in the Studio of Hamilton's work allowed visitors to discover the artist's take on iconic portraits and other works of art found in the Museum's collection.

This collaboration with the Isabella Stewart Gardner Museum provided an amazing opportunity to investigate under-studied relationships between the imagery and iconography of the Western Canon and the African world. This also allowed me to invite community to partake in this exploration and questioning of what we often consider to be aesthetic norms. 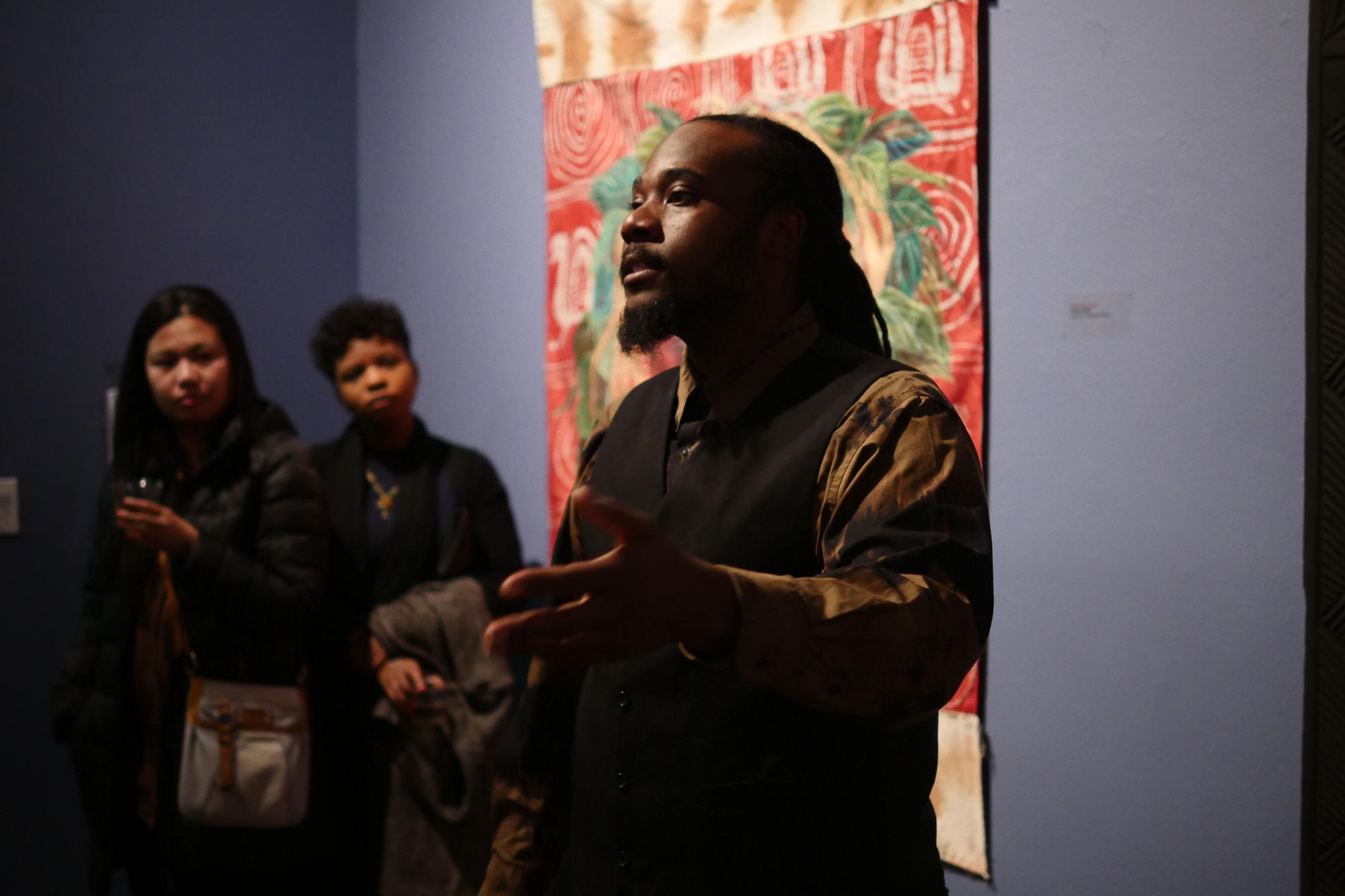 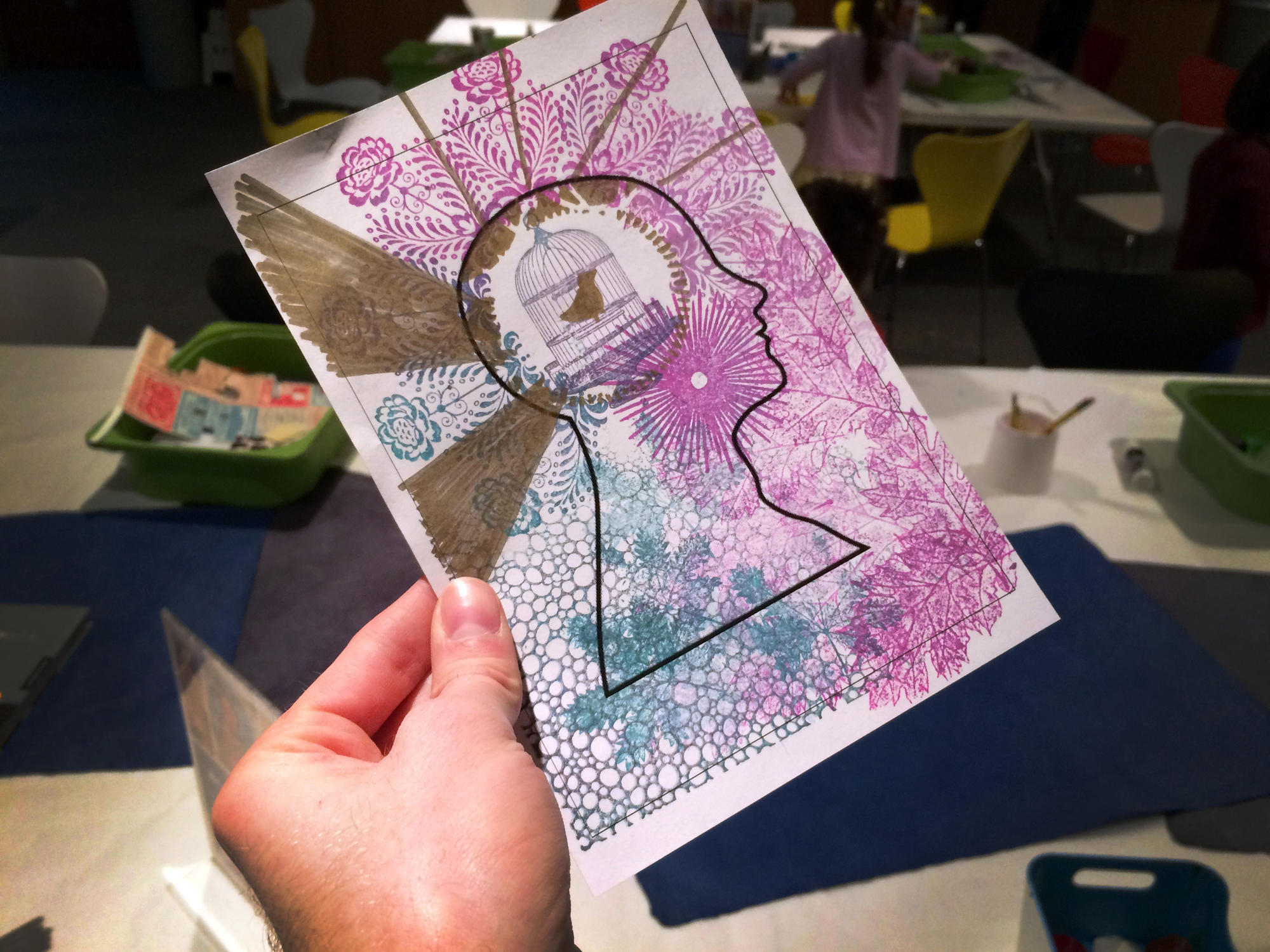 Stephen Hamilton is an artist and arts educator living and working in Boston Massachusetts.

Stephen’s work incorporates both Western and African techniques, blending figurative painting and drawing with resist dyeing, weaving, and woodcarving. Each image is a marriage between the aesthetic perspectives and artistry of both traditions. As a Black American trained in traditional West African art forms, he treats the acts of weaving, dyeing, and woodcarving as ritualized acts of reclamation. He uses traditional techniques and materials native to West Africa to reclaim ancestral knowledge dissociated from Africans in the Americas, during the transatlantic slave trade. The work explores and heavily references the Black body in pre-colonial African art history, creating visual connections between the past and the present. This forms a body of work, which serves as a conceptual and visual bridge between the ancient and modern worlds. Through this, he explores elements of black identity through time and space on its own terms.

Through visual comparison of shared philosophies and aesthetics amongst Black peoples, he seeks to describe a complex and varied Black aesthetic. These visual and philosophical connections and cultural analyses form his visual language. The pieces created depict African thought and culture as equal to, yet unique from, its western analog. This work stands in stark contrast to the pervasive negative associations, which have become synonymous with Black culture. His work, therefore, bridges dialogue between contemporary Black cultures and the ancient African world through an asset-based lens.