The Second and Third Floor Passages offer a glimpse into Isabella’s interest in Asian art. Japanese lacquer, painted screens, and Chinese doors from the 17th-19th centuries surround the walls of these two transitional spaces enveloping visitors in landscapes and gardens. The Three Vinegar Tasters in the Second Floor Passage illustrates the unity of the three great East Asian religions and philosophies. In the painting, three sages representing Confucianism, Buddhism, and Taoism gather around a barrel containing wine that has soured to vinegar. All three react to the sour taste with puckered cheeks showing that despite their different paths, they respond in the same way to the same essential reality. 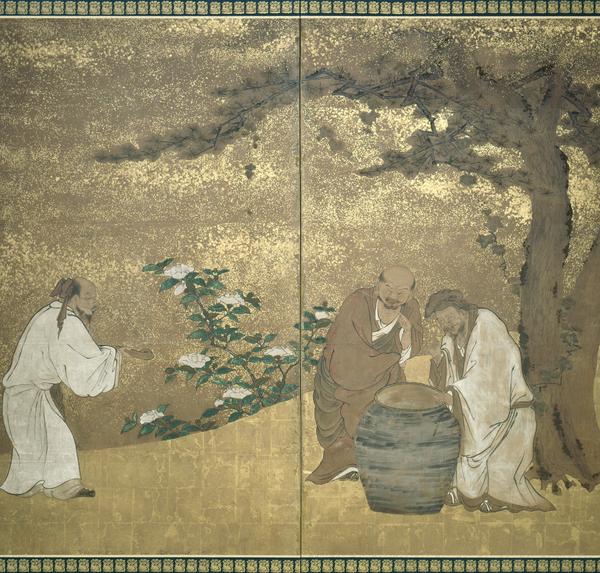 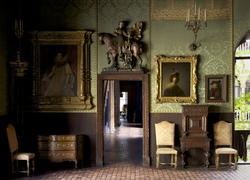 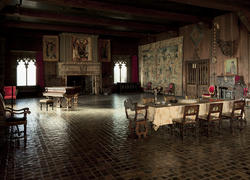